Get the latest video game news, including important gaming updates and reviews, and the best video game titles to play in this year

There was quite a bit of furore in the virtual reality (VR) community at the end of last week when Facebook announced it was going to begin early testing of VR ads, starting with Resolution Games’ PvP shooter Blaston. Well, as you’d expect this didn’t go down well and sparked an almighty backlash against the videogame. And Resolution Games most […]

END_OF_DOCUMENT_TOKEN_TO_BE_REPLACED

Lego Mario is already among the most successful Lego sets of all time, with the company calling it one of its best “themed launches” ever. Things are only going to get better for the set in August, when Lego Luigi joins the fray and adds cooperative adventures to the mix. The Luigi Starter Course begins shipping on August 1, and it’s […]

END_OF_DOCUMENT_TOKEN_TO_BE_REPLACED 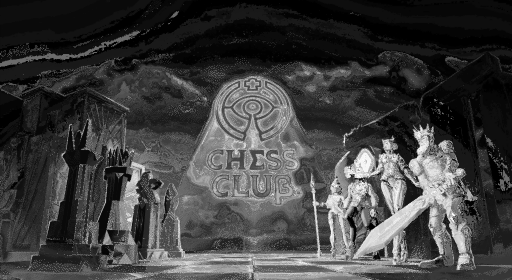 Chess fans rejoice, because your VR prayers have been answered. Chess Club is bringing the classic game to Oculus Quest next month, with pre-orders available now. Chess Club will launch on July 1 for Quest, but is available to pre-order now and will be available a few days before release in Early Access from June 29. Odders Lab are the […]

END_OF_DOCUMENT_TOKEN_TO_BE_REPLACED

In Necromunda: Hired Gun there’s a lot of customization available for your particular Bounty Hunter. This grimdark Looter Shooter includes plenty of weapons and skills, allowing you to mow through targets with your favorite flavor of carnage. When first starting out in this challenging 40k themed videogame, it can seem a little daunting to figure out what particular playstyle suits you best, so […]

END_OF_DOCUMENT_TOKEN_TO_BE_REPLACED

Upon reaching Chapter 14 of Final Fantasy 7 Remake, you’ll gain access to the game’s nine remaining side quests. Most of them are pretty straightforward, but there are a couple that may cause a little trouble due either to their length or the order in which you’ll need to complete them. The Secret Medicine quest falls into both categories, with […]

END_OF_DOCUMENT_TOKEN_TO_BE_REPLACED

Devolver Digital published a brand new game into the echelons of Steam’s Early Access today. It’s called Phantom Abyss, and it’s already a top seller on the platform. In fact, it’s number one in Steam’s Early Access already, and you can pick it up at a launch discount of 20% off at $19.99. That’s a whole coffee’s worth sliced from […]

END_OF_DOCUMENT_TOKEN_TO_BE_REPLACED

One of Sega’s earliest platform games gets the modern remake treatment but is it enough to make Alex Kidd a star once again? When it arrived all the way back in 1986, Alex Kidd In Miracle World received an enthusiastic welcome. It was hailed as Sega’s answer to Super Mario Bros. (which was released the year before), at a time […]

END_OF_DOCUMENT_TOKEN_TO_BE_REPLACED

Elevate your enterprise data technology and strategy at Transform 2021. Workforce analytics company ThinkWhy announced today it is adding a feature that leverages the AI capabilities of its software-as-a-service (SaaS) application platform to analyze compensation trends across more than 20,000 classes of jobs. That capability will enable human resources (HR) teams to better refine an offer for each job title […]

END_OF_DOCUMENT_TOKEN_TO_BE_REPLACED

Try as they might, it seems Blue Box Game Studios can’t quite shake the conspiracy theory that their game Abandoned is actually a big secret Kojima project. The Internet really thinks its onto something with this one, but the so-called “evidence” seems merely to be a collection of coincidences combined with people’s hope-fuelled imaginations. According to Blue Box head Hasan Kahraman, Abandoned really has nothing to do with Hideo Kojima or his […]