Apex Legends crossplay to begin with the Aftermarket collection event

Earlier today, we received our first trailer for the now confirmed Aftermarket Collection Event in Apex Legends Season 6. While it was rumored for weeks, there’s now official pieces of information for the event. Like with every other Collection Event, the main attraction are the skins and, more specifically, the new Heirloom Set. This time, the Heirloom is going to Caustic and it looks fantastic. However, for this go-round, cosmetics aren’t necessarily the biggest attraction. Instead, it’s the crossplay beta that Respawn Entertainment is introducing with the start of the event. 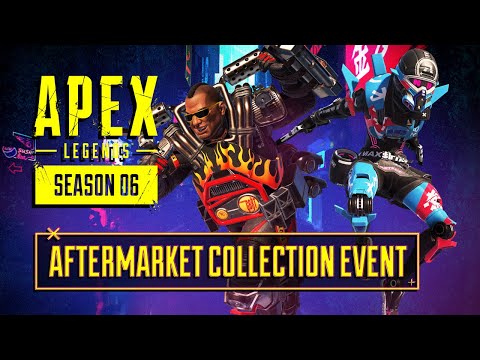 The above trailer showcased the featured skins that will come with the Aftermarket event. As usual, there are 24 skins for players to purchase or unlock through packs. Of course, as per usual, you can’t earn these skins in any way, so be prepared to spend some cash if you see a cosmetic you like.

However, as previously stated, these skins are taking a bit of a backseat with the new collection event. At the end of the trailer, Respawn revealed that the crossplay beta for Apex Legends would begin on October 6 with the Aftermarket event. This is a bit of a surprise, as many fans were expecting crossplay to arrive a little later in the year.

Although, Respawn is likely using the event as a testing ground for the feature. The developers will gather data on crossplay and use that to improve it whenever it comes out of beta. If you don’t feel like participating in the crossplay beta, there’s an option to turn it off in the game’s settings.

Apex Legends will receive both crossplay and the Aftermarket Collection Event on October 6. Until then, keep up with Daily Esports for all Apex Legends news and updates.