North American esports organization Cloud9 has announced that top laner Flávio “Jukes” Fernandes will be parting ways with its League of Legends Academy roster. The Brazilian streamer joined Cloud9 Academy for the Summer Split and shared his role with Colin “Kumo” Zhao and Eric “Licorice” Ritchie.

Today we bid farewell to @Jukeslol. Your charisma, joy, and friendship brought happiness to the team during your time here. Good luck in the future, Jukera 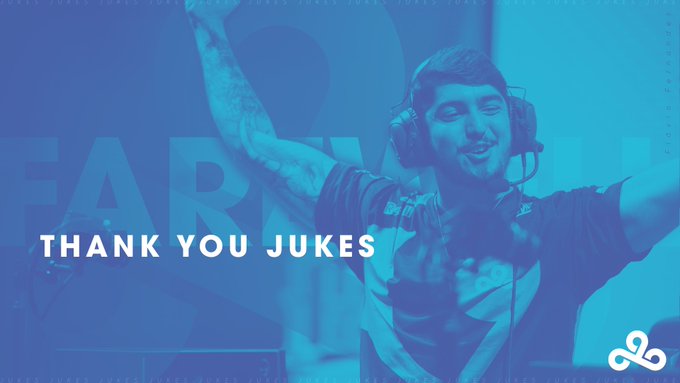 “As of today, I’m no longer part of C9! Had amazing moments with everyone in the team and I wish them the best. Drink water, eat fruits,” wrote Jukes on Twitter.

The 21-year-old joined Cloud9 as a substitute top laner in February of 2019 but transitioned to the Academy roster for the Summer Split. This was Jukes’ first team in North America, with all of his previous experience on Brazilian teams Keyd Stars and Submarino Stars. In addition, his time on these teams only consisted of competing in the Brazilian Challenger Circuit’s Access Tournament, a qualifier league. There was also a gap of nearly eight months between his competition then and joining Cloud9.

Jukes showed great performance though during the time he did play on stage in North American Academy matches. However, Cloud9 has lost many players during the offseason, including jungler Dennis “Svenskeren” Johnsen, support Tristan “Zeyzal” Stidam, and top laner Colin “Kumo” Zhao from the main roster.

Cloud9 finished 2nd during the League of Legends Championship Series (LCS) Summer Split, Summer Playoffs, and even made it to the world championships. However, with so many core players gone, downsizing and the removal of nonessential players may be the direction to open up room for others on its main lineup.

Keep up with Daily Esports for all of your League of Legends coverage.