As focus turns to 2022, Confetti Institute of Creative Technologies is looking to make Nottingham an emerging UK centre for esports through its education provision and its esports production facilities. 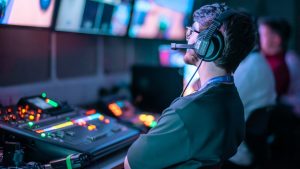 Nevertheless, Confetti is still looking to bolster its operations and expand into new avenues. Kicking off the new year, Confetti will host two esports events in January 2022.

The ‘Halo Clash Series’, an international collegiate esports tournament for charity, will be the world’s first live studio event in 2022 for the newly released Halo Infinite title. The event will be supported by multiple UK esports personalities including Rogue’s Rainbow Six Siege player Leon Gids, as well as Jacky, Blank, Lethal_HT and Iain Chambers.

Following Confetti’s expansion into Halo esports, the institute will host the ‘Six Memevitational’, a ‘global celebration’ of Rainbow 6 Siege. According to Confetti, the event is expected to feature some of the biggest casters, professional players and content creators involved in esports from around the world.

Jakub Szmyt, Confetti’s HE Esports Tutor, commented on the institute’s upcoming events: “Confetti’s BSc (Hons) Esports Production course values hands-on and live experience heavily over anything else. This is why we’re hosting the Halo Clash Series and the Memevitational at our venue as it is another opportunity out of the many for students to jump on board and get involved in esports in different ways.” 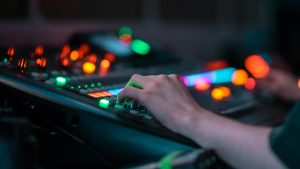 Due to Confetti’s education-focused ethos, both event production teams will be collaborating closely with the institute’s esports production and live technical events students. This will provide real-life, hands-on experience, plus access and opportunities to utilise a network of contacts within the global esports industry.

These are just two of the events that Confetti has planned, with the institute also set to welcome back the British Esports Association to its campus in June 2022 to host the 2021-22 British Esports Championships. To learn more about Confetti’s education provision and esports production facilities head over to its website.

From our supporter: Confetti