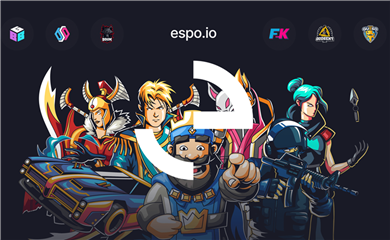 According to the release, the platform aims to ‘bring esports fans closer to their favourite teams, pro players and content creators by offering unrivalled access through a wide variety of exclusive Fan Perks’.

Henry James, Founder and CEO of Espo, spoke on the launch in a release: “From our outset, we’ve been driven to create the go-to place for esports fans to get closer to the action like never before. Today we’re very excited to launch Espo with 6 truly impressive teams who are just as committed as we are to upgrade the experience of esports fans beyond mundane, mass-market social media engagement.

“We aim to be the people and platform who work to make great things happen between esports teams, talent, fans and brands. Espo will achieve this through its core design to reward collaboration between all of these parties under one platform.”

The platform, which will be available worldwide, plans to offer more than 100 Fan Perks, including playing with professional esports athletes, receiving VOD gameplay reviews, collecting team merchandise and competing in community tournaments.

Each set of Fan Perks will be available in limited supply for 30 days, with Espo regularly adding new campaigns that involve interaction with partnered teams.

Henrik Denebrandt, Co-founder and CEO of GODSENT, commented: “We look forward to involving our fans and community even more in the GODSENT journey with our teams, influencers and top-tier brand partners. Espo can help us to deeply connect with our fans around the world and create great experiences for them. We’re excited to offer special perks for GODSENT fans on Espo, so that we can create new value and unique memories for them.”

Moreover, Espo users can earn EXP points through a five-tier loyalty programme, which opens up a number of opportunities for interactive and gamified media features, as well as more prestigious Fan Perks. The platform plans to further develop and expand its features, with unspecified interactive media feature prototypes planned to be launched later this year.

Tim Bergmann, CEO of F2K, said: “We are looking forward to working with Espo to enhance the F2K fan experience across our entertainment network. Our players and content creators are recognised by millions of gaming and esports fans around the globe and we see Espo as the perfect platform to provide perks.”

Currently, there are three campaigns ongoing, in which users can access Fan Perks from Built By gamers’ Fortnite and Valorant players, as well as from BOOM’s Dota 2 roster.

The startup claims that it had more than 18 000 pre-registered users on Espo’s day of launch.

Gary Ongko Putera, Founder and CEO of BOOM Esports, added: “We are very proud to join Espo and see the launch of their platform! Our fans will be able to access exclusive Fan Perks from BOOM Esports and our Dota 2 roster – our biggest move so far to provide superior fan engagement and experiences for our fans.

“As our Dota 2 players are making noise in the global Dota 2 scene, this is a great time to kick-off our partnership with Espo and provide special access for our fans to engage with BOOM Esports and our players.”

Esports Insider says: Fan engagement is a significant part of the esports ecosystem and it seems that organisations have identified this in recent years given the rise in subscription services and engagement platforms. If Espo succeeds, its business model and campaign structure could set an example for similar platforms aiming to provide fan engagement.

Listen to ESI Network, a suite of esports podcasts