Lee “Faker” Sang-hyeok has always been one of the most popular League of Legends players in the world. But in an interview with Korizon’s Ashley Kang, he was the one praising fellow League personality Tyler “Tyler1” Steinkamp.

“He’s really full of energy,” Faker said after a long pause. “Whenever I see him, he greets me with the brightest smile. I have a very positive impression of him.” 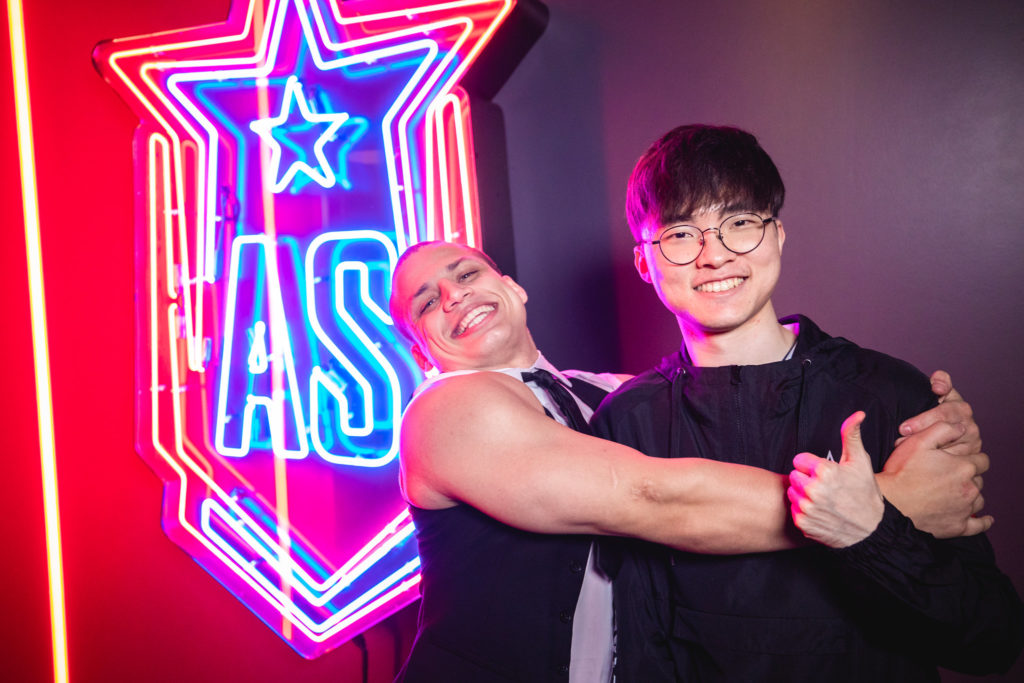 At last year’s All-Star event, Faker and Tyler1 took an iconic picture where the North American streamer embraced the legendary Korean mid laner. This time around, however, Faker did the hugging while Tyler1 sported a big grin and thumbs up. Both players look like complete opposites based on their own online personas, but it’s clear that League can help create the most unlikely of friendships.

Faker also spoke about how multiple players and fans wanted to take pictures with him. He said that he felt like a “superstar” and was grateful for everyone who wanted to show their support or take some photos together.