We are happy to finally announce the return of @GiliusLoL! 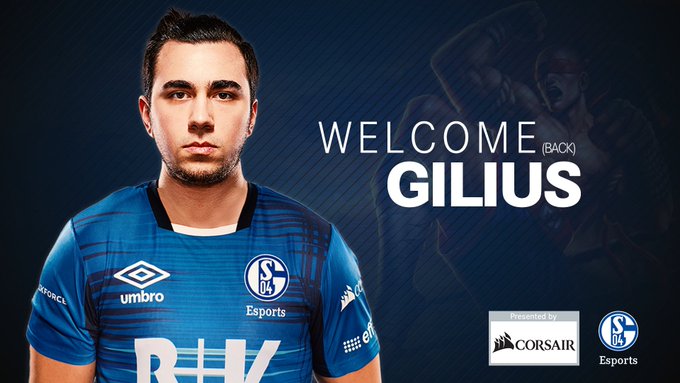 Gilius fills in for the role that Jonas “Memento” Elmarghichi formerly held before he departed due to poor performance. While the German player has over 5 years of experience in competitive League of Legends, Gilius’ last time playing in the LEC was the 2018 EU LCS Summer Split with Team Vitality. Afterward, he transitioned to Turkish Championship League (TCL) organization Beşiktaş Esports, a region far from the skill level seen in the LEC. Unfortunately, the team placed 7th during the Winter Split, which led to him joining Ad Hoc Gaming in the amateur scene.

Ad Hoc Gaming has achieved upper half bracket placements at events like the ESL Meisterschaft 2019 Summer Season and Season 4 of the A1 Esports League Austria. These are events that academy teams like Schalke Evolution have participated in. However, some in the community are unsure whether Gilius still has the ability to help the Schalke, which placed 4th during the 2019 LEC Summer Split and 3rd in the Summer Split Playoffs.

With opposing teams like G2 Esports and Fnatic, does FC Schalke 04 have what it takes? Or will the 2020 LEC Spring Split be more of a trial period for the roster? Let us know about your opinion, and make sure to keep up with Daily Esports for all of your League of Legends coverage.