Welcome the legendary @Froggen to DIG 2020! 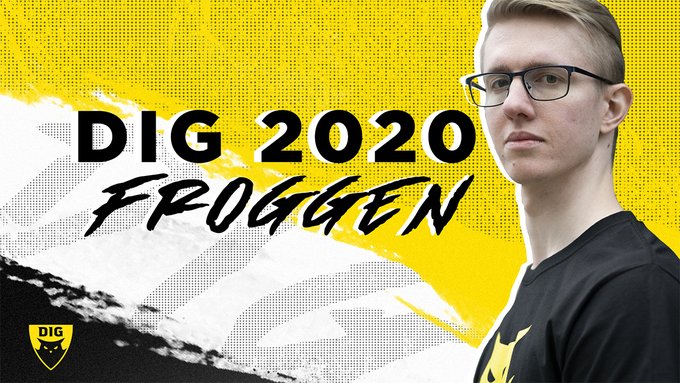 Froggen has competed in League of Legends since 2011, with experience at numerous organizations. After competing for now-disbanded team Elements in the 2015 European LCS Summer season, Froggen left for the North American scene. Since then, he has played for Echo Fox and Golden Guardians, along with a one-time role on Origen for 2018’s European Masters Spring Main Event.

Compared to a 2014 world championships appearance and a 1st place finish during 2014’s EU LCS Summer Split with Alliance, the 24-year-old hasn’t seen much success since. During the Danish player’s two seasons on Echo Fox and one with Golden Guardians, both teams finished with majority bottom half bracket placements. Echo Fox was also nearly relegated in 2016 and was subsequently sent to Spring Promotion. Fortunately, the team defeated NRG Esports to keep its slot.

After Dignitas extended the contract of Huni for $2.3 million, it was rumored that the organization had spent one-third of its funds doing so. This seems to be true as many of the other signings have been for less than expected. Froggen showed great performance on his last team, but the overall lineup does not seem to be to that same standard.

After Dignitas merged with Clutch Gaming, the team rebounded from a bottom half bracket placement in the Spring Split to first place in the regional finals. Even though the team was swept 0 – 6 at the world championships, something about the Dignitas organization must have worked in the past. However, members of the former Clutch Gaming coaching staff have since left for other teams. Can the new roster be compared to the likes of Evil Geniuses and Team Liquid?