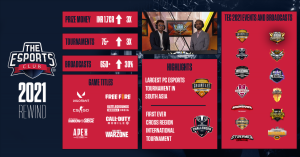 2021 will be remembered as one of the most challenging years in the history of Indian Esports. Stealing the spotlight was the prolonged ban on its most popular esports title, PUBG Mobile. However, the esports scene in India not only survived through all odds — it entered one of the most transitional periods of its growth.

According to a report by the Federation of Indian Chambers of Commerce & Industry (FICCI) and EY India, the Indian esports industry scaled to INR 3 billion (~£29.9m) in FY2021 and is expected to reach INR 11 billion (~£109m) by FY2025. We cast a spotlight on some of the major happenings that took place in the year and what impact they are expected to have going forth. 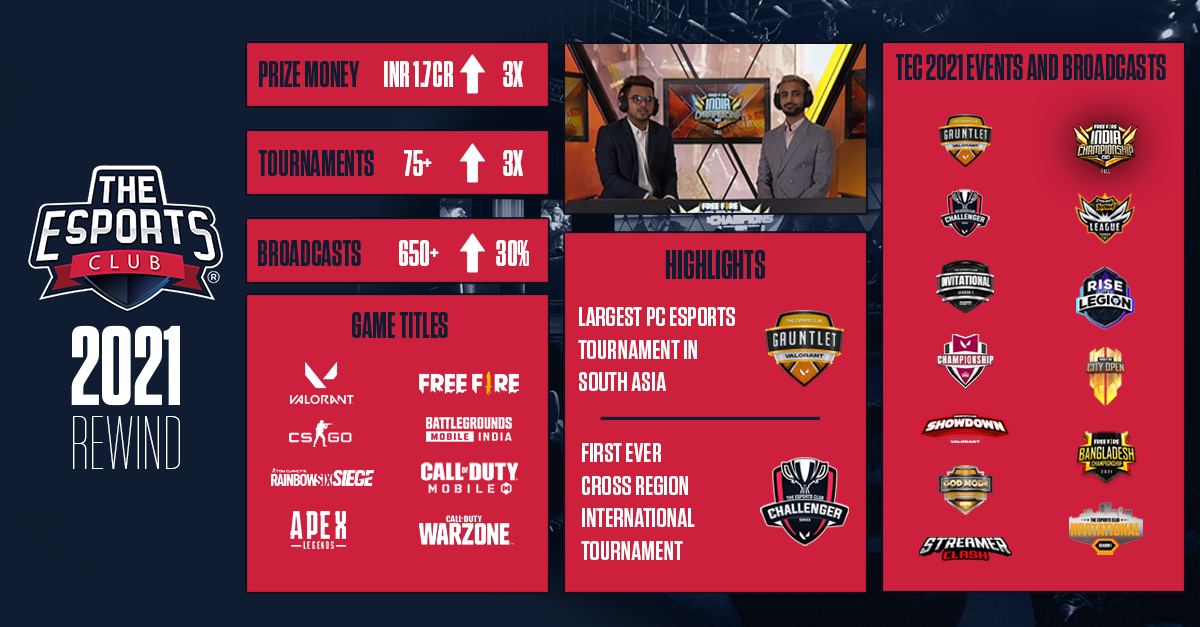 Krafton’s battle royale, PUBG, suffered a 9-month ban until the rebranded version  — Battlegrounds Mobile India (BGMI)  — finally released with a grand launch event in June. The launch event of the game, however, saw the highest peak viewership of the title in the country at 547,888.

That said, in the meantime, PC titles such as Valorant had already received the necessary boost needed to take off in the Indian esports scene. One of the most interesting aspects to note here is that the streamers, as well as the community, shifted their interest to the latest PC titles such as Valorant, Apex Legends, and Warzone instead of migrating to other mobile titles.

The community, including the tournament organisers, took this opportunity to diversify their portfolios, opening up the market and audiences to new experiences. Skyesports introduced Skyesports League featuring Valorant as the main title for the event. With a number of top mobile esport personalities participating in Valorant events, it garnered a lot of attention from the community with recording-breaking success. A total of 8 million viewers tuned in to watch the Skyesports Valorant League 2021, according to Esports Charts, a 200 percent growth over its previous season in 2020.

Offering a prize pool of INR 2.5 million (~£24,800), the tournament featured the best Valorant esports teams from South Asia competing for a ticket to the Valorant Champions Tour 2021. The VCC Grand Finals also became one of the highest viewed Valorant events across South Asia with the final between Global Esports and Velocity Gaming recording a peak viewership of 52,484. 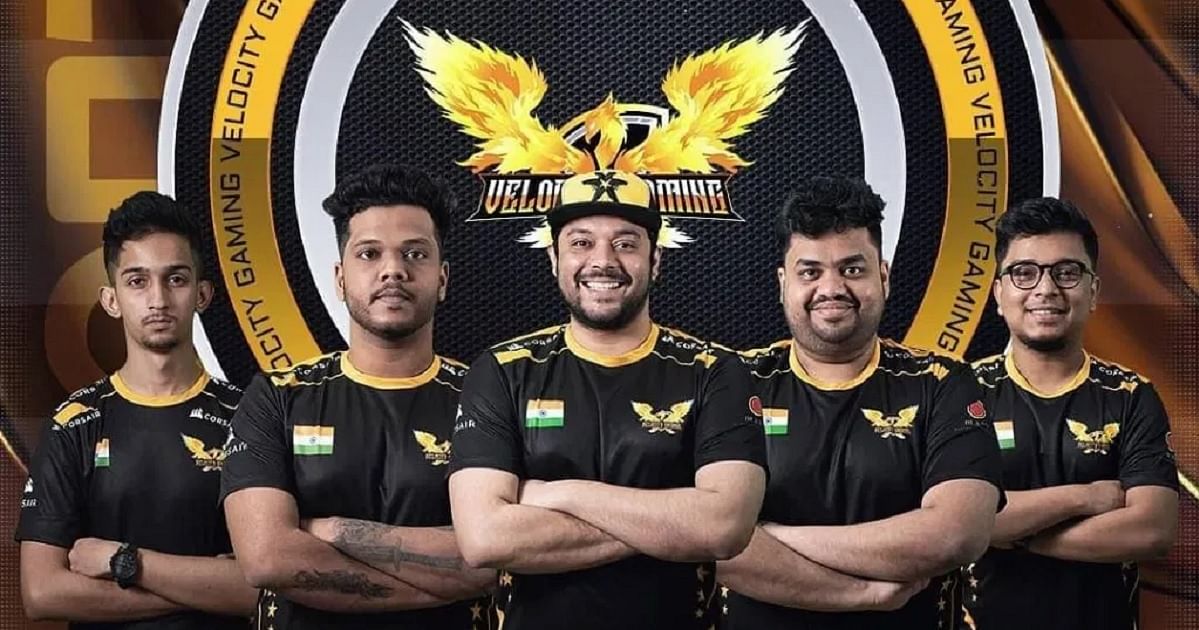 Garena’s Free Fire on the other hand has remained the only other mobile esports title that showed immense popularity and growth in the region. For example, the Free Fire India Championship 2021 Fall hit a peak viewership of over 1m. One of the reasons for the title’s never-ending craze is its availability in extremely low-end mobile phones, which leads to superior accessibility amongst consumers in the region playing on budget devices.

This is also a reason why PC gaming has been struggling to compete inside South Asia. However, the community is slowly adapting to high-end gaming experiences as gaming is becoming more and more ingrained in the nation’s culture, thus allowing PC gaming to steadily climb upwards.

New brands stepping in, veterans on the move

As a result of lockdowns and restrictions due to the pandemic, the country still hasn’t been able to host any major offline events. But this resulted in a significant increase in online viewership, with a lot of big brands stepping into the scene with various offerings. One of the most recent deals is AMD’s partnership with Velocity Gaming. The deal saw the AMD logo placed on the Velocity’s jersey and the esports team being equipped with the latest AMD hardware.

Old players in the market like NODWIN Gaming continued to venture into new grounds throughout the year. The organisation announced an INR 1.6 billion (~£16.3m) fundraise via Krafton, and invested nearly half of that into buying gaming and adjacent entertainment property businesses from OML Entertainment. NODWIN’s Managing Director, Akshat Rathee said that the move was made to help with the ‘massification’ of esports and gaming in India. The tournament organiser is also gearing up for expansion outside of South Asia and has already managed to branch out to South Africa earlier this year. NODWIN also hired ex-Fnatic India Lead, Nimish Raut, to handle its global esports partnerships and business development. 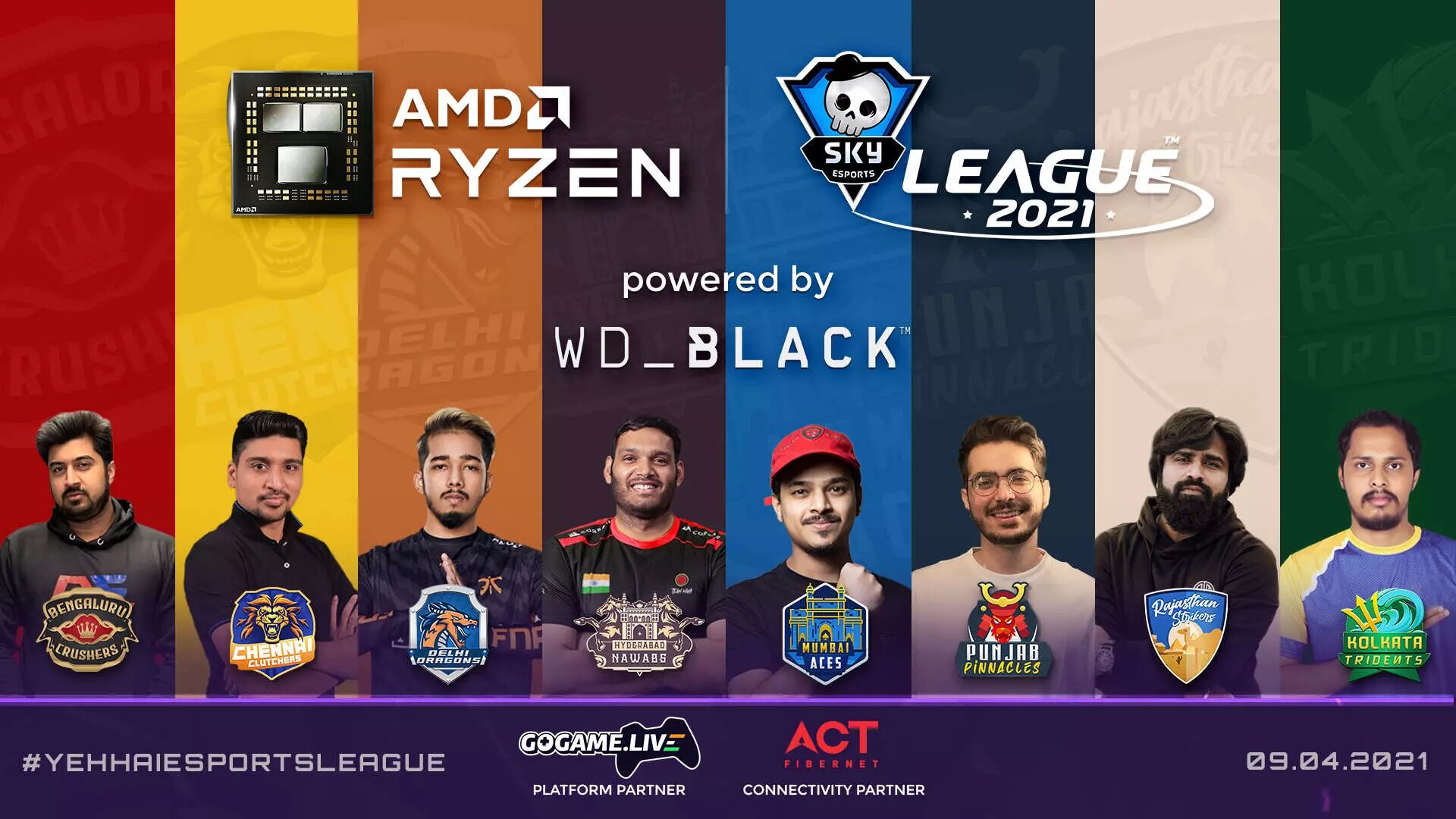 Skyesports on the other hand has been focused mainly on domestic growth and catered to the needs of regional audiences. In 2021, it hosted many of the country’s most popular and star-studded third-party tournaments and set a benchmark for various local tournament organisers in the market. 2021 saw the launch of a lot of new gaming platforms and TOs, India’s telecom giant  — Jio being one of them. It launched JioGames and hosted multiple tournaments featuring popular mobile titles, but the organisation is still in its beta stage.

In 2021, The Esports Club has established itself as one of the most promising names in the scene having made some of their IPs as staples of the Indian esport ecosystem. It is currently hosting the biggest third-party Valorant tournament of the region to date, featuring a prize pool of INR 52,00,000 (~£51.7k) where teams from India, Bangladesh, and Sri Lanka are competing. It also announced various partnerships with sponsors including apparel brand Six5Six Sport and endemic brands such as LG, Intel, Cosmic Byte among others.

Esports organisations and the rise of women in Indian esports

Following the launch of BGMI, domestic as well as international esports orgs have doubled down in their operations. A plethora of roster changes were seen while the partition of TSM and Entity Gaming was among the most notable ones. TSM entered India by joining forces with Entity which was the most successful PUBG Mobile lineup from India to date. Now, TSM is operating solo in India with rosters for both BGMI and Free Fire.

Godlike Esports emerged as one of the most ambitious domestic orgs in the second half of 2021. After hiring the entire roster of former TSM players, Godlike now also owns rosters in all the popular mobile games in the region – BGMI, Free Fire, and Call of Duty: Mobile. Recently, it announced a female BGMI roster as well. However, it was Velocity Gaming that was the first to announce an all-female Valorant roster – VLT Asteria. 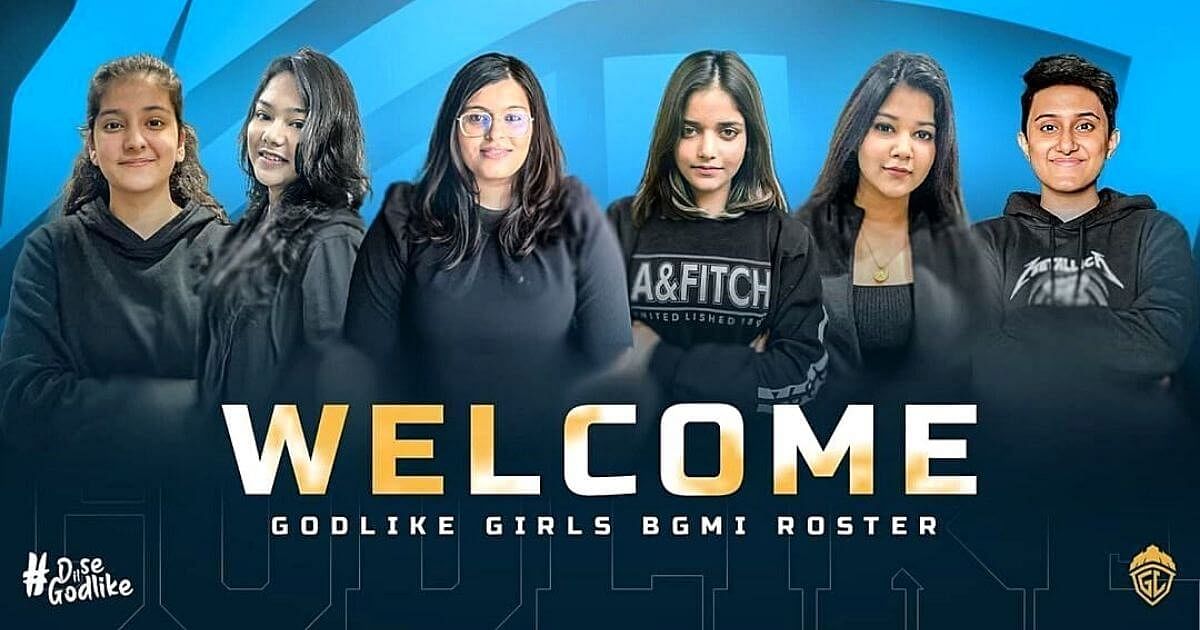 In PC esports, Velocity Gaming took some daring moves by signing some of the highest-performing Valorant and GBMI rosters in the country. Galaxy Racer, on the other hand, has hired a new roster following some internal issues with its former PUBG Mobile lineup and has resumed its operations in India. However, Dubai-based Galaxy Racer is currently largely focused on its expansion in Pakistan.

Despite all these esports organisations displaying impressive progress, S8UL continues to remain the most popular domestic org, signing a range of top esports players and content creators this year. It also launched its lineup in Free Fire and Call of Duty: Mobile, but arguably achieved more success in content creation and marketing compared to its run in esports in 2021.

Another promising newcomer in the scene, EsportsXO, has raised a seeding of $1.1 million (~£0.82m) to further expand its operations on a domestic scale. Starting off as an esports tournament management company, it now also owns successful lineups in BGMI and Valorant.

BGIS and the biggest prize pools

While the year is over, the PUBG Mobile Global Championship 2021 Grand Finals lies just ahead, where the winner of the upcoming Battlegrounds Mobile India Series will get a slot.

In the domestic scene, BGIS alone has stolen the show with the biggest prize pool ever seen in Indian esports. For the inaugural major domestic esports tournament, Krafton has put INR 1 crore (~£99290) on the line for which both pro and amateur teams are currently competing.

Apart from BGIS, BGMI was also the favourite choice of all third-party organisers as the title received the biggest prize pooled events throughout the year. The prize money for some of the events were as high as many official developer-run events. The most notable ones were Skyesports Championship 3.0 (~£25868), LOCO War of Glory (~£54722), OneShot Showdown Season 2 (~£59697), and Red Bull M.E.O. Season 4: India (19103).

The FICCI & EY India report mentions that prize pools in India will “likely contribute over 10% to the esports economy [by] FY2025 and reach an estimated INR1 billion by FY2025. About 85% of the prize money will be for mobile esports tournaments.”

All that said, BGIS will mark the return of India in the PUBG Mobile international esports circuit after a gap of almost one and a half years. Taking into account both the presence and absence of PUBG Mobile, the Indian esports industry went through some major overhauls this year, but there is still a lot to be explored in 2022.

This story is written in collaboration with AFK Gaming. AFK Gaming is an India-based esports media and content company that aims to provide quality and consistent coverage about teams, players, tournaments, and competitive video games with a primary focus on the Asian region.