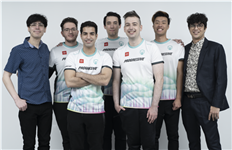 As a result of the agreement, the organisation’s LCS teams will compete as Immortals Progressive. 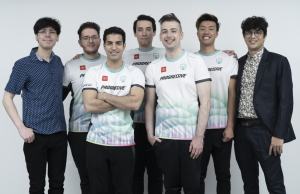 Immortals Progressive also revealed its new ‘Northern Lights’ themed jerseys. According to the release, the design pays homage to the northern lights and Great Lakes Region, which is the home of Progressive Insurance and the new home of Immortals.

Brad Peters, Immortals’ Director of Brand, commented: “Our new branding previews how we intend to integrate visual representations of the Great Lakes Region throughout our merchandise, content and other collateral.

“This jersey design demonstrates how we are breaking the traditional mould of what fans expect to see from esports teams visually.”

The multi-faceted deal will also include a range of initiatives throughout 2022. This includes community tournaments, giveaways and Minecraft activations.

In total, there will be three community tournaments live-streamed on Twitch, with LCS talent and influencers commentating on the broadcasted games. For the Minecraft activations, both entities will collaborate on a custom branded digital space in a public server.

The insurance company will also serve as a presenting sponsor for a branded streaming programme throughout 2022. The programme will include 16 streamed episodes and is expected to feature the likes of Immortals content creator AriaSaki, as well as the organisation’s LCS players.

Jay VanAntwerp, Media Business Leader at Progressive, added: “We look forward to continuing our relationship with Immortals as the team’s LCS entitlement sponsor.

“We’re excited to work with Immortals throughout the upcoming season to bring fans and members of the gaming community fun and engaging content from the players as well as activations and unique opportunities to interact with the team.”

Immortals Progressive will debut its new name when its League of Legends team competes in the LCS Lock In tournament on Saturday, January 15th.

Esports Insider says: This is a significant deal for Immortals for a number of reasons. Firstly, the deal will likely be a significant financial boost to the esports organisation. Moreover, the partnership sees the implementation of multiple fan engagement initiatives, which should strengthen the organisation’s fanbase. Finally, this deal firmly solidifies Immortals’ decision to go all-in on its Great Lakes relocation by teaming up with a prominent company in the area.