The former Splyce, CLG, and Rogue CS:GO coach has been with Knights as an esports consultant since 2018. As the organisation’s consultant, Bambrough played a role in Knights’ team building and recruitment of new talent. 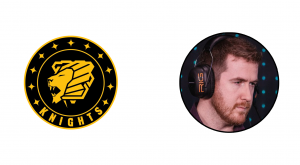 Regarding the promotion, Knights President James O’Connor commented: “Garett has played an integral role in our growth as an esports organisation. His years as an in-game leader have given him the experience and expertise we need to execute our strategic vision.”

Since Knights’ launch in 2017, the organisation has secured a multitude of endemic and non-endemic partners. This year alone, Knights has teamed up with makeup brand Beautyblender, PNC Bank, All-Pro Tactical and peripherals company HyperX among others.

Bambrough said: “Working with a team is what I’ve always been drawn to. I’m excited to continue with the Knights in this role and to have the opportunity to empower young talent”.

Earlier this year, Knights also announced the appointment of Julie Klausner as its new Director of Partnership Marketing.

Esports Insider says: Given that Bambrough has worked with Knights as a consultant, the organisation clearly feels that his abilities are suited to the role of General Manager. It’ll be interesting to see how the organisation’s rosters will be impacted by this change. It’s also possible that this promotion could signal Knights’ competitive entrance into CS:GO after previously hosting tournamnets.