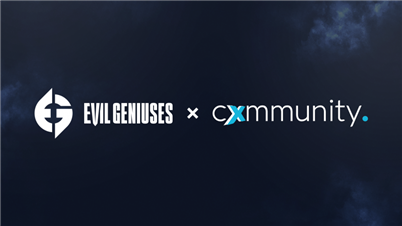 Gaming organization Evil Geniuses today is announcing a new partnership with minority gaming accelerator Cxmmunity that will involve working with HBCUs on internships and other initiatives. EG says this is the first deal of its kind.

As part of the pact, EG will commit 25% of the positions within its new Genius League internship program toward students from HBCUs, namely Morehouse College, North Carolina Central Univ., Oakwood Univ., Johnson C. Smith Univ. and 16 other schools. The Seattle-based EG, which competes in the North American League of Legends Series among other titles, says it will also hold on-campus events among other initiatives that will be formally announced at a later date.

Cxmmunity (pronounced Community) co-founder Chris Peay said in a statement: “In my experience with HBCUs, often the most prominent hurdle is access to viable employment opportunities within emerging industries. Evil Geniuses is the perfect organization to surmount the opportunity gap for these talented candidates and help them translate their passion for the industry into a lasting career.”