LEC Standings for the Second Round of the 2021 Spring Split

It feels like we have just started the year, but we have actually reached the middle point of the regular season in the League of Legends European Championship, right after the fourth week of competition has ended.

After nine games, we have started to see the actual level of the teams and of the competition in general, which has generated a lot of conversation in the community, as many think that the level has worsened considerably compared to last year.

Once we have passed Week 4, these are the current standings: 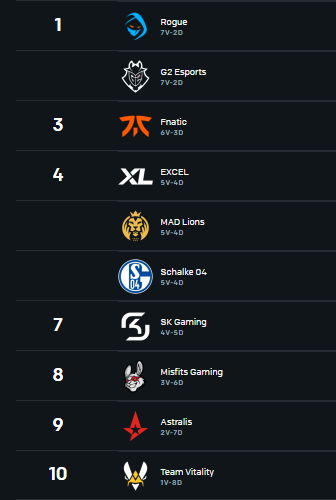 As you can see in the classification board, there is a huge difference between the top and the teams that are at the bottom of the ranking.

Speaking about the firsts, there is a very interesting narrative that involves Rogue and G2 Esports, both currently sharing first place of the LEC, having lost only two games out of nine in the first half of the split.

In the case of G2 Esports, they have only lost their game against the eternal rival, Fnatic, and the one they had against Schalke 04, but despite these two losses, the team is showing a very good performance, as their new player, Martin ‘Rekkles’ Larsson, has perfectly adapted to his new teammates, and shines every time he appears on the Summoner’s Rift.

On the other hand, Rogue lost to Schalke too, but probably the most painful loss was the last they had in their game against G2 Esports, their main contenders. About their games, it is important to notice that Rogue is having one of the cleanest performances in the LEC this Split, they are absolutely dominating the early games and their map control is insane.

Despite this, the statistics still give the G2 team as the favorite, since according to esportsbettingtop, G2 Esports is the clear favorite to win LEC 2021 Spring with current odds around 1.35. This would imply a winning probability of 74%.

On the third position, we have Fnatic, which has finally made it to the top 3 after having a very rough start of the season, where many people thought that this team was not going to be able to compete for the Championship.

However, as the weeks went by and as the games progressed, the team was able to fix its problems and start working properly, accumulating a winning streak that led them to finish the first half of the split in the top positions of the board. 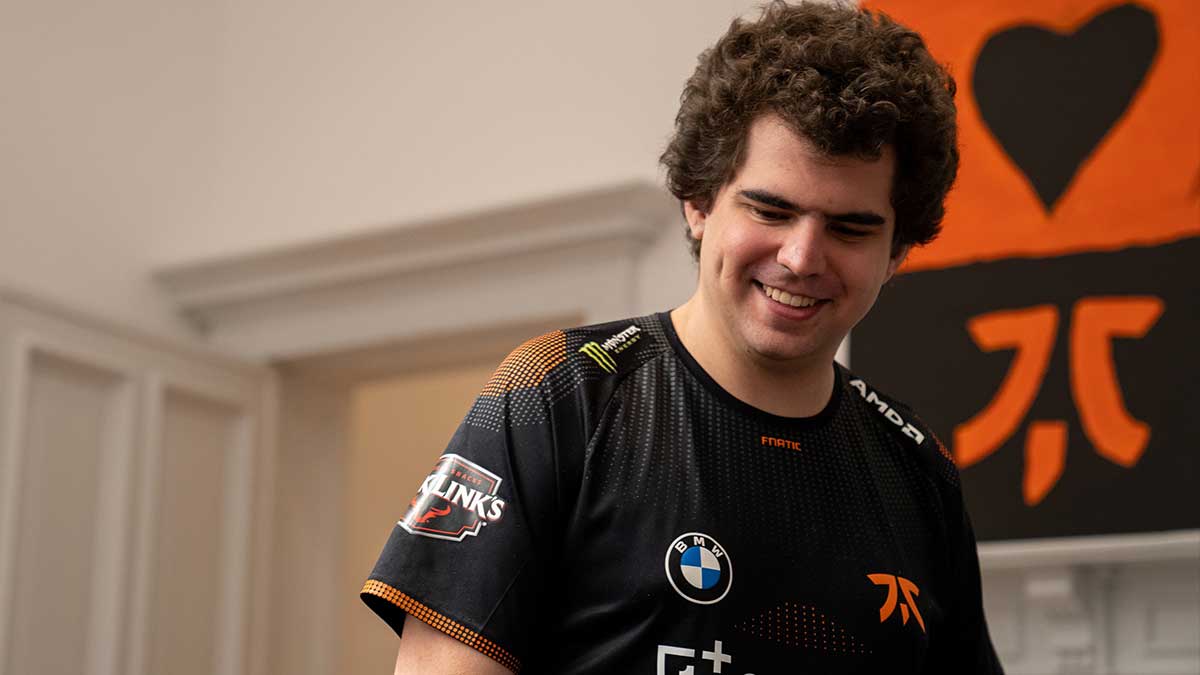 Tied in the fourth position we find Excel, MAD Lions, and Schalke 04.

Excel is probably one of the biggest surprises of the Split. When the new season began, nobody expected much from them, and with the first results, it felt like there was going to be no difference with last year’s Excel. But now, the British team is in the fight for the Playoffs places, having scored numerous victories in the last matches, without too brilliant games, but enough to finish the first round with optimism.

For MAD Lions, the sensations are totally different, and the Spanish team has not lived up to expectations, both in terms of performance and results. However, here they are, in the fight for Playoffs, working on their shortcomings to face the second round.

Schalke 04 has an interesting narrative too, as the German team has been the only team able to beat both G2 Esports and Rogue, with the particularity that both teams received their first defeats of the year against them.

Having achieved such a feat, there was talk of a new ‘Miracle Run’, especially when the team moved into the top three in the standings. However, the last week has not gone too well for them, with Schalke 04 dropping a couple of places.

Out of the Playoff spots are four teams: SK Gaming, Misfits, Astralis, and Team Vitality.

For SK Gaming, the new season may not be going as expected, since after a pretty decent start, it seems that the team is not finding itself and is not convincing anyone.

Misfits Gaming is the team that follows SK Gaming in the rankings, and the French team is in a worrying situation.

After two victories in the first week, the rabbits went three whole weeks without beating anyone, until the last week when they managed to beat Astralis, the next team on the board, which is also living a dramatic situation.

The Danish team has only achieved two victories in the first round of the Split, results that have led them to move pieces in their main roster: their mid laner, Erlend ‘Nukeduck’ Holm has been replaced by Carl Felix “MagiFelix” Boström.

After the first week of MagiFelix being the main mid laner, the team has given much better sensations, but the good results are still not coming… it is to be expected that the team will take some time to adapt.

Something similar has happened among the ranks of Team Vitality, who have benched their main Carry, Markos “Comp” Stamkopoulos, and called up a prodigal son of the LEC: Juš “Crownshot” Marušič.

In this case, Team Vitality has also shown signs of improvement but has not achieved any victories that would give it the hope of moving out of the last place in the classification board. 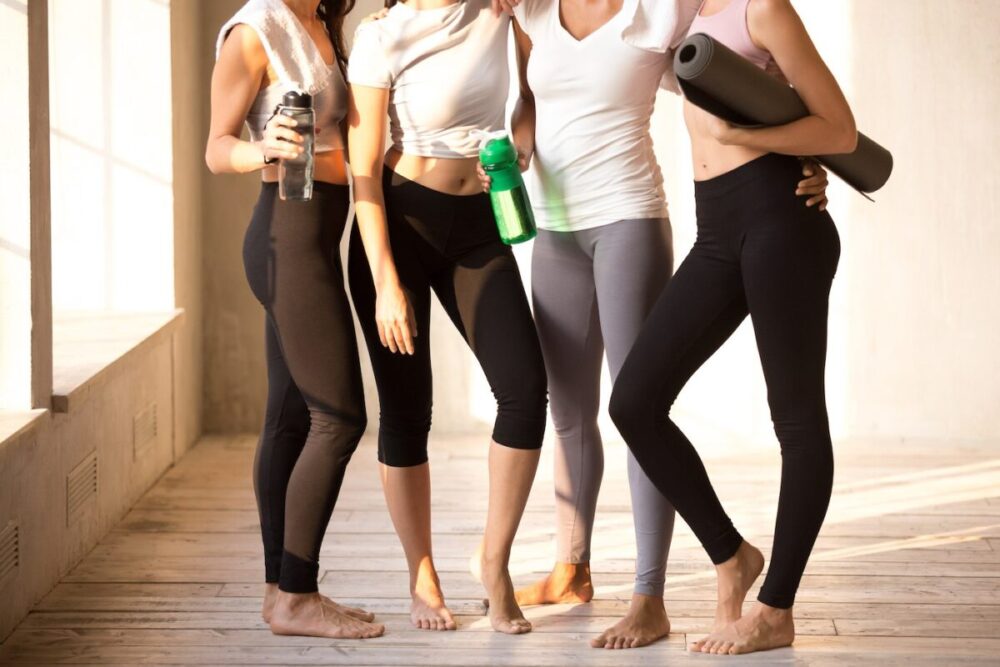