DRX took on the LCL wildcard, Unicorns of Love, during the first day of Worlds groups.

Unicorns of Love vs DRX 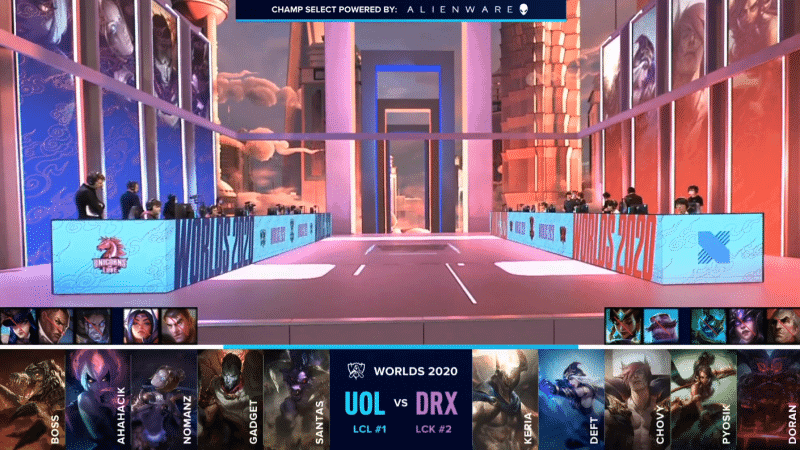 Game Two of the day featured another stomp, with DRX showing up huge against Unicorns of Love (“UOL”). This was a bloody game, with Pyosik having a massive impact everywhere. He got First Blood in a mid lane 2v2, before going bot to kill Santas at seven minutes. A minute later, he repeated the gank and killed Santas again while UOL secured Herald. The game truly cracked open at 12 minutes, when DRX perfectly played a bot lane fight to get four unanswered kills.

UOL did, however, make a good play in the top lane to get two kills and the First Tower bonus, but it wasn’t quite enough. That’s because DRX was constantly fighting them, picking off members left and right in the early parts of the mid game. Quite honestly, it was terrifying for UOL, as they weren’t safe anywhere on the map alone. At 20 minutes, DRX finished off their series of picks with one onto Boss, instantly turning for the newly spawned Baron afterward and securing it with ease.

Along with the Baron buff, DRX picked up a Cloud Soul too. Feeling even more powerful now, DRX forced a team fight in the mid lane and cut down four UOL members swiftly. DRX used this opportunity to destroy two Inhibitors but couldn’t quite end the game yet. It didn’t take them much longer though, as after a final three-for-zero team fight victory at 29 minutes, DRX was able to claim UOL’s Nexus as their first one of Worlds 2020.