ESL Australia and NetEase have teamed up to bring a new kind of esport to Australia and New Zealand (ANZ)—MARVEL Super War. This newly launched MOBA title will be a first for mobile esports in ANZ.

This new partnership with ESL and NetEase will see competitive play across the region. Participants will be able to compete on dedicated Australian servers, a first for many gamers. As part of the launch for MARVEL Super War, ESL is running two online competitions. Anyone from the region is able to enter via the ESL Play website. The game is available to download on both Google Play and the App Store. If you sign up and log in for seven consecutive days, you’ll be able to permanently unlock Iron Man.

ESL Australia has a number of successful events under their belt. They are responsible for competitions like Fortnite Summer Smash, Intel Extreme Masters, and Melbourne Esports Open. With this lineup of competitive esports, MARVEL Super War is expected to be a great hit. Ben Green, the publisher development lead at ESL is excited about the competition. We got in touch with Green to get his thoughts on the MARVEL Super War. He said:

The MARVEL universe is exceptionally popular here in Australia, and Super War brings all of that to an accessible MOBA environment – so it’s an opportunity to bring new gamers onboard to experience a style of game that they may not have before. This is one of the first times we’ve worked closely on a mobile esports program here in Australia – so I think I’m most excited to see us develop a new community here around the game, and the mobile esports ecosystem in general. I’m sure when our core audience see some of the awesome content we’re putting out, we’ll have some mobile esports converts!

There’s a ton of new content coming out as part of the launch. ESL Australia is starting with a hero spotlight on the Hulk. 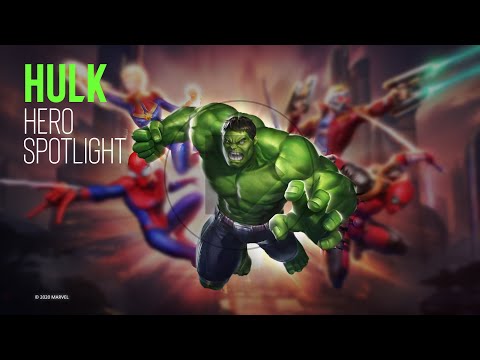 It’s not all just about the competitive play. Content creators have been a huge part of game launches and promotions recently. MARVEL Super War is no different here. Australia’s top content creators are teaming up with ESL Australia to bring lots of exciting videos, gameplay, and more. They’ll be helping get new players up to speed with the game by providing tips and tricks. More hero videos like the one above are expected to be released too. These videos will focus on familiarizing fans with skills and strategies for all your beloved heroes.

Grab the game now to try it out for yourself. If you’re in Australia or New Zealand, sign up to be part of this new wave of competition.

The Witcher 3 Has A Hidden Quantum Physics Joke

The Mandalorian Gets A Ton Of New Toys, Including Plenty Of Baby Yoda