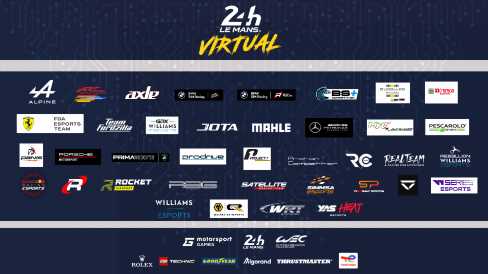 Media and technology company Motorsport Games has revealed the full entry list for the 2022 24 Hours of Le Mans Virtual, the final round of the Le Mans Virtual Series.

The event will see Mercedes-AMG Petronas Esports make its debut in the series, competing against the esports divisions of Formula One teams Alpine, Williams, and Red Bull Racing. 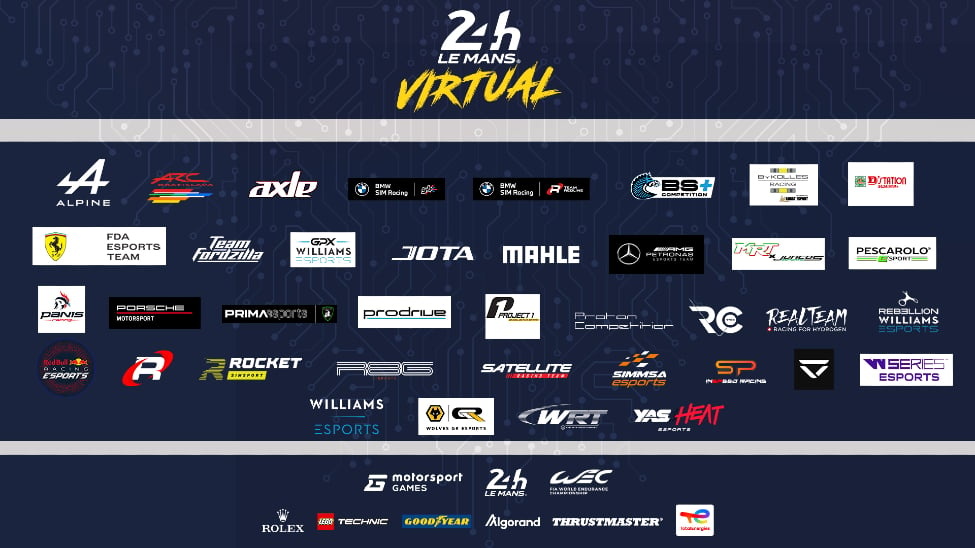 A total of 50 teams will take part in the race, which is being televised globally from a studio in Paris. The event was initially set to take place at the 2022 Autosport International motorsport show, however, it was postponed due to the COVID-19 pandemic.

Alongside the Formula One teams taking part, all-female motorsport series W Series will field a team as well as established sim racing rosters such as Team Redline, Veloce Esports and R8G Esports. In addition, the likes of Wolves Esports and Team Fordzilla are among the list of entries.

A total of six partners, including sim racing peripherals manufacturer Thrustmaster and watch manufacturer Rolex, will support the race. The event features a prize pool of $125,000 (£~92,506) and will take place on the rFactor 2 platform.

The full driver list is set to be revealed on January 7th and is expected to include a variety of champions from a number of motorsport disciplines including F1, IndyCar and endurance racing.

Esports Insider says: Despite the return of real-world motorsport, interest in sim racing has shown no signs of slowing down as automotive marques and esports organisations come together to compete in the virtual edition of the 24 Hours of Le Mans. With more non-endemic brands entering the space, it’s clear that sim racing is acting as the perfect platform for them to enter esports.