This is your Misfits Gaming LEC 2020 Roster! 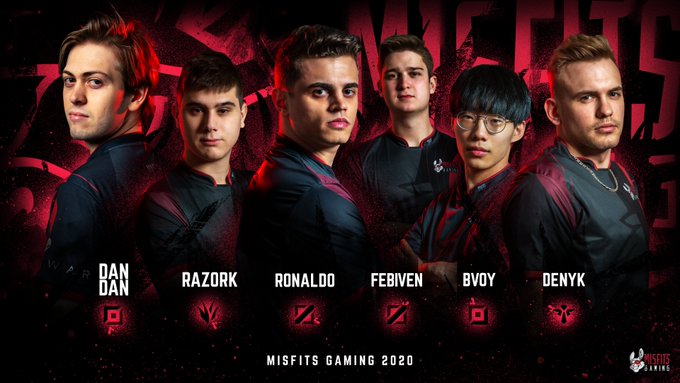 “Our focus for our 2020 LEC roster is rookies who have extremely exciting potential,” said Michael Bolze, General Manager of League of Legends at Misfits Gaming. “Combined with the efforts of our coaching staff and current Misfits players, this team can be molded to bring us back where we belong as a top contender in Europe.”

Combining multiple rookies with a few veterans in the scene, Misfits Gaming hopes to grow and nurture the team during the 2020 League of Legends season. The past season was even worse than the team’s results during the previous 2018 season. They saw an 8th place finish to start off the 2019 LEC Spring Split. The team later placed second to last during the LEC Summer Split, a far cry from the 2017 season where it made a World Championships appearance.

The only difference in the roster between the 2017 to 2018 seasons was the change in mid lane and support. Misfits Gaming hopes another roster iteration will help it against the high skill level competition in the European scene. What do you think about Misfits Gaming’s chances in 2020? Let us know about your opinion, and keep up with Daily Esports for all of your League of Legends coverage.