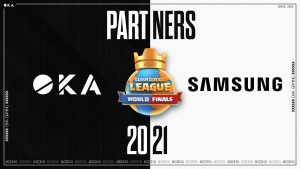 Two players will compete for the organisation, with the competitors looking to claim part of CRL’s $1.6m (~£1.2m) prize pool.

Speaking to Esports Insider, Philipp von Thadden, Co-Founder and CEO at OKA Gaming, commented: “We are thrilled to welcome Samsung as our partner for the upcoming CRL World Finals. It is an honour to have such a strong partner on our side!

“This underlines our ambition to promote mobile gaming by connecting our esports activities heavily with our mobile gaming content creators and producing great storytelling opportunities for our partners!”

According to OKA Gaming, the partnership will see both entities plan livestreams with the organisation’s players.

Moreover, the organisation will also produce a series of sponsored content for its YouTube and TikTok channels before and after the CRL. In addition, Samsung branding and product placement will be integrated into videos and livestreams.

After the tournament, OKA Gaming will launch a Samsung community tournament where four of its content creators will each host a tournament and select the winner for their team.

OKA Gaming was founded at the beginning of 2021 and is located in Dusseldorf, Germany at the Fusion Campus at Ubisoft.  It currently has two esports teams in Clash Royale and one team in Brawl Stars. Overall, 29 esports players are representing the organisation.

Esports Insider says: Though OKA Gaming is still in its infancy, the organisation has managed to score a very strong partnership with Samsung. It will be interesting to see how the organisation develops from now on and its next steps in terms of commercial collaborations.