Phoenix of Ash pushes synergies in Theros: Beyond Death

Izzet Phoenix received a new weapon in today’s Theros: Beyond Death spoilers with Phoenix of the Ash.

Phoenix have been a staple in Magic: The Gathering since Legends. And with the upcoming release of Theros: Beyond Death (THB), Phoenix of the Ash arrives with the Escape mechanic.

The THB card wasn’t previewed in English but there is a rough translation of its contents. 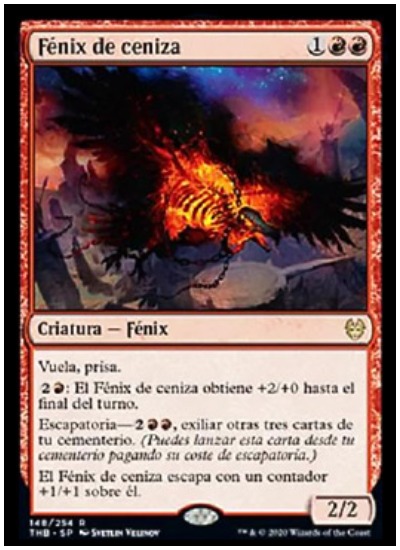 By itself, Phoenix of Ash is a solid creature. It has flying and haste as a 2/2 and only costs three mana to cast. But it also has a dangerous synergy with Arclight Phoenix from Guilds of Ravnica. Arclight returns to the battlefield from the graveyard, at the beginning of a controller’s combat turn, if three or more instant and sorcery spells were cast that turn.