According to the release, the rebranding is expected to bring the team ‘closer to its ownership as the organisation expands’. 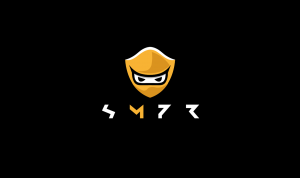 SMPR will act as the official arm for Semper Fortis Esports’s teams, with its current and future rosters all operating under the brand.

Kevin Soltani, CEO of Semper Fortis Esports, commented: “The name SMPR esports, abbreviated from Semper, gives our teams a new identity which is to define ourselves as ‘always esports’.

“Our newly defined identity is a statement of intent across our teams: we’re not just here for a good time, we are here to take over. Ultimately, the versatility of this new brand also allows us to create a more inclusive look to our teams as we grow and look to dominate the space.”

A month later, the organisation became publicly listed as it joined the Aquis Stock Exchange (AQSE) Growth Market. Through its listing, Semper Fortis Esports raised approximately £2.55m during its first day of dealings.

The esports organisation has previously stated that it will invest the money into establishing esports teams, forming new partnerships, and providing B2B advisory services.

Esports Insider says: When Semper Fortis Esports first acquired Top Blokes, it felt that it was only a matter of time before the team was rebranded. The rebranding also signals that the esports organisation will be looking to branch out into other titles, which was one of Semper Fortis Esports’s goals outlined following its £2.55m investment.