South Korean organisation T1 Entertainment and Sport has announced the creation of an esports academy, the T1 Esports Academy (TEA).

The academy, which launches in Seoul in early September, will initially offer courses for League of Legends. The organisation has also announced its intention to expand the academy into other titles. 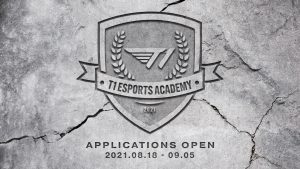 The organisation will also release a Path to Improvement course in the future. According to a report by Inven Global, the course will be a series of classes for casual gamers who are looking to improve their gaming skills. Both courses will only be available to players who live in Korea.

T1 has already created a dedicated academy set up in its esports building, where players will be able to take advantage of the organisation’s facilities.

Successful applicants will first undergo a one month evaluation period, before being taught game theory and concepts over the course of 14 weeks. The course will end with a final evaluation, which will select a group of players who will be given the opportunity to play for the organisation’s semi-professional team, the T1 Rookies.

T1’s CEO, Joe Marsh, stated “The plan to open up T1 Esports Academy has been in the pipeline for quite some time now. T1’s long-standing history of recruiting and nurturing the best young talent sets TEA apart from other academics. I’m excited T1 will be able to help identify and develop the next generation of LoL stars.”

Esports Insider says: T1 has always been on the frontier of esports, and they have taken another brave step forward here with the creation of a dedicated academy set-up where former professional players provide teaching. This project is likely to attract a host of aspiring pro-players and may give T1 a competitive advantage in the years to come.