The biggest takeaways from the Worlds 2020 quarterfinals

The semifinal stage is set after a weekend of fierce competition. 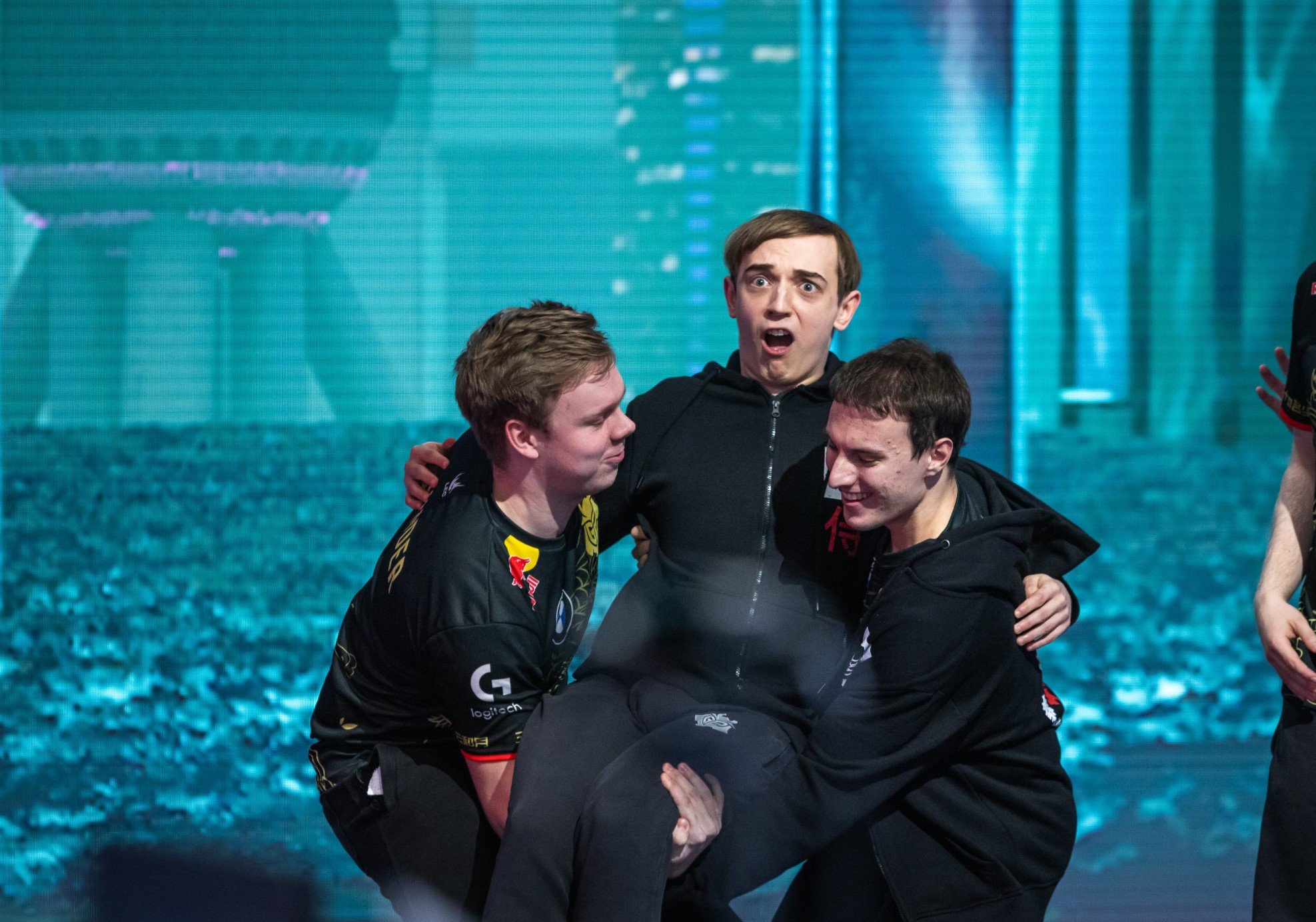 The bracket stage of the 2020 World Championship is well underway and the world is nearly ready to crown another League of Legends world champion. With the quarterfinals now in the rear-view mirror, the attention of the professional scene as a whole will be shifting completely to the semifinals where the top four teams in the world will be duking it out for one final chance at the Summoner’s Cup.

And this year, the quarterfinals featured more talent spread across the board than nearly any other iteration of the World Championship. With star-studded matchups, incredible finishes, and eye-opening storylines in play for every team this past weekend, the quarterfinals proved that the final stage of Worlds 2020 is shaping up to have one of the most dramatic finishes the professional scene has ever witnessed.

With just three matches left in the entire tournament, the stakes are getting more and more dire as each weekend of games passes by. With that in mind, here are four of the biggest takeaways from this weekend’s matches as we move into the semifinal stage of the World Championship.

Reaching the semifinals is in G2’s DNA 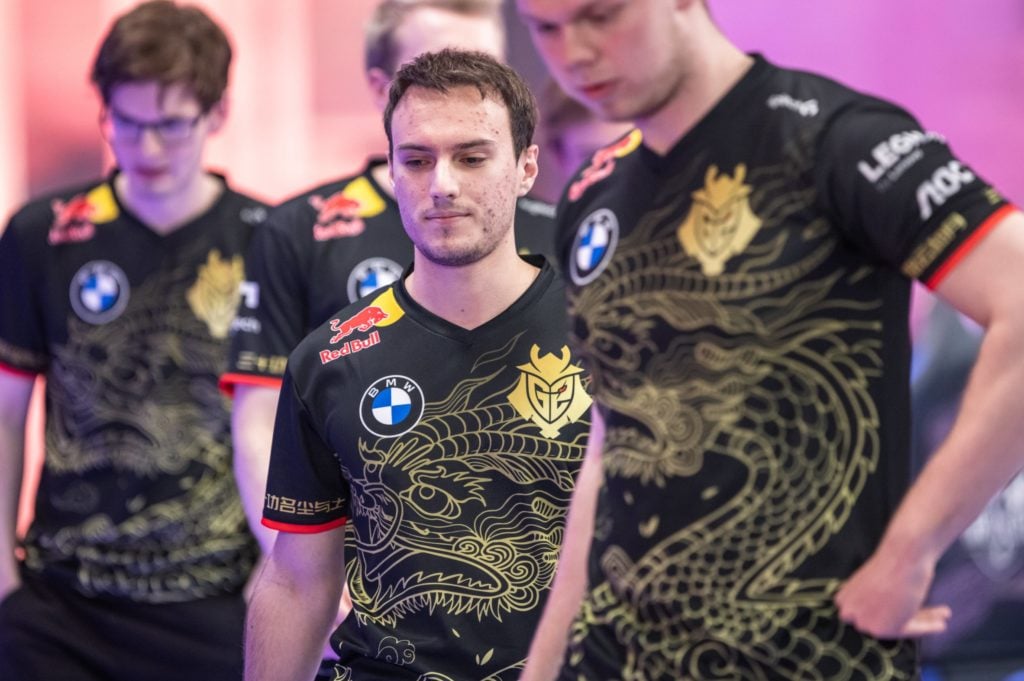 If once is considered a fluke and twice is a coincidence, then the third time’s most definitely a trend. And for G2 Esports, three consecutive and convincing trips to the Worlds semifinals is a trend that the entirety of Europe can get behind. The team has most certainly established itself as an ever-present force on the international stage on a year-to-year basis. And now, with a genuine chance at winning the entire tournament, G2 are on pace to deliver the LEC to new heights.

A clean 3-0 win against Gen.G this weekend pushed G2 into the semifinals once again, further reinforcing the team’s record of annual legitimacy at the World Championship. The team’s current five-man roster, which has largely been together for the better part of three years, has easily extended itself above the rest of the LEC and nearly all of the world as well.

With success on this type of scale becoming more and more commonplace for G2, it’s understandable as to why the players have accepted reaching the semifinal stage as the bare minimum. If the team was to progress naturally, nothing but finishing last year’s business and sealing the deal by bringing home the Summoner’s Cup should be acceptable for G2. 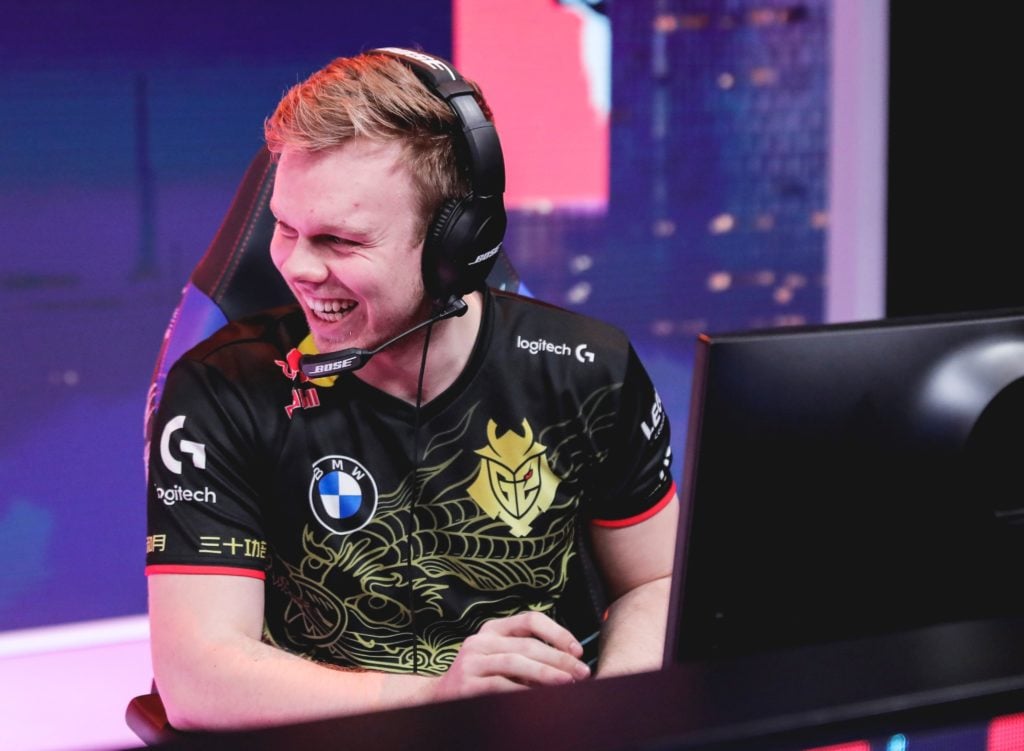 Quite frankly, it’s not totally unreasonable to suggest that G2 could win the whole thing with ease. A semifinal matchup with DAMWON Gaming—a team that G2 beat 3-1 at last year’s tournament—shouldn’t present too much of a threat to the LEC champions. The match will be nearly identical to last year’s best-of-five, with nine out of the 10 players who competed in that relatively convincing match last year returning for the rematch. While DWG look to be one of the strongest teams at Worlds 2020, G2 and their 15-6 game record against Korean teams over the course of the past two years could pose a serious threat.

And now, with a relatively favorable path to the title before them, a G2 championship wouldn’t be the most outrageous finish to this year’s Worlds—despite the fact that a European team hasn’t won Worlds in nine years.

There’s the LCK, and there’s DAMWON 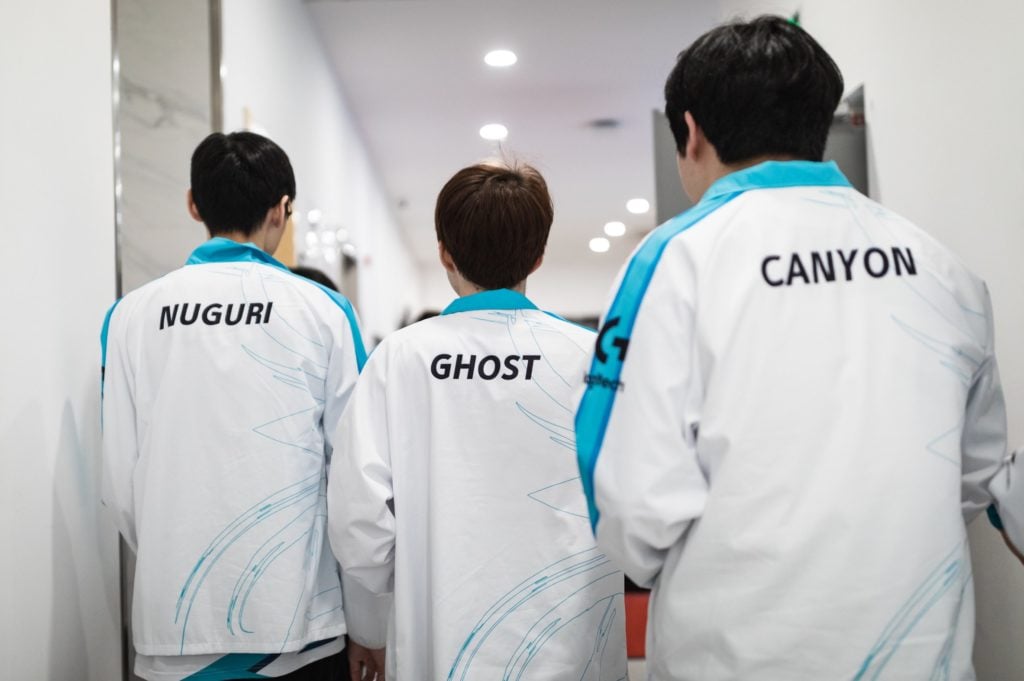 Three teams from the LCK walked into the quarterfinals, but just one advanced. Of course, the premise of having two Korean teams face off against one another in the opening round of the bracket stage made things a bit tricky for the region, but the point still stands: the talent gap among the LCK teams at this year’s World Championship is expansive.

When it comes to the conversation surrounding DAMWON Gaming, DRX, and Gen.G, it’s obvious that DWG take center stage. After the team beat up on DRX in three quick games, while also getting the chance to watch Gen.G get rolled over by G2 Esports later in the week, DWG undoubtedly established themselves as the strongest team to represent the LCK at Worlds in a matter of days.

If there’s one major takeaway from the weekend when looking at the LCK, it’s that the region as a whole shouldn’t be viewed as an unstoppable powerhouse across the board. While the league still has its fair share of generational players, teams like DWG only come around once every so often. No longer are rosters like this one considered the standard. 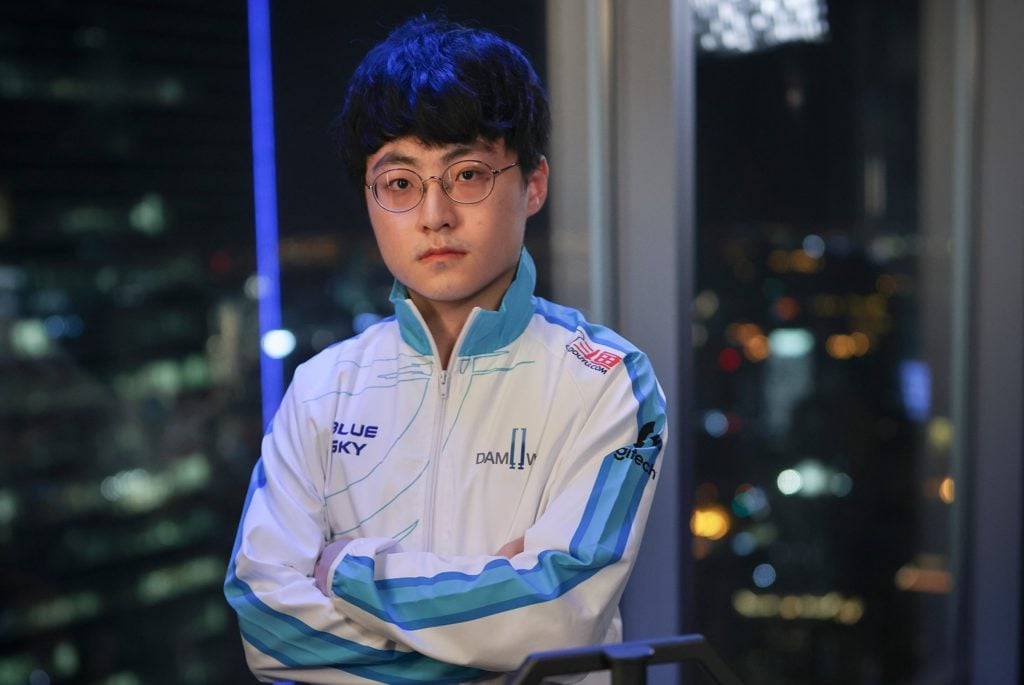 And honestly, they shouldn’t be. This DWG team sports two of the best solo laners in the world with a ridiculously strong supporting cast to boot. Players like Nuguri and ShowMaker stand out in a domestic context and on the international stage as well. Canyon, Beryl, and Ghost are all easily in the top five at their respective positions across the globe. Teams like this are few and far between. Don’t be shocked if DWG prove exactly that in two weeks by walking out of Shanghai on top of the world.

Although the LCK at large finds itself in a bit of a rut, DWG have stepped up to assume the responsibilities that come along with being the strongest team in Korea. Now, with a chance to find redemption against the European team that knocked them out of Worlds last year, DWG are also presented with an opportunity to take down the LPL and reclaim Korea’s place at the top of the professional League mountain. 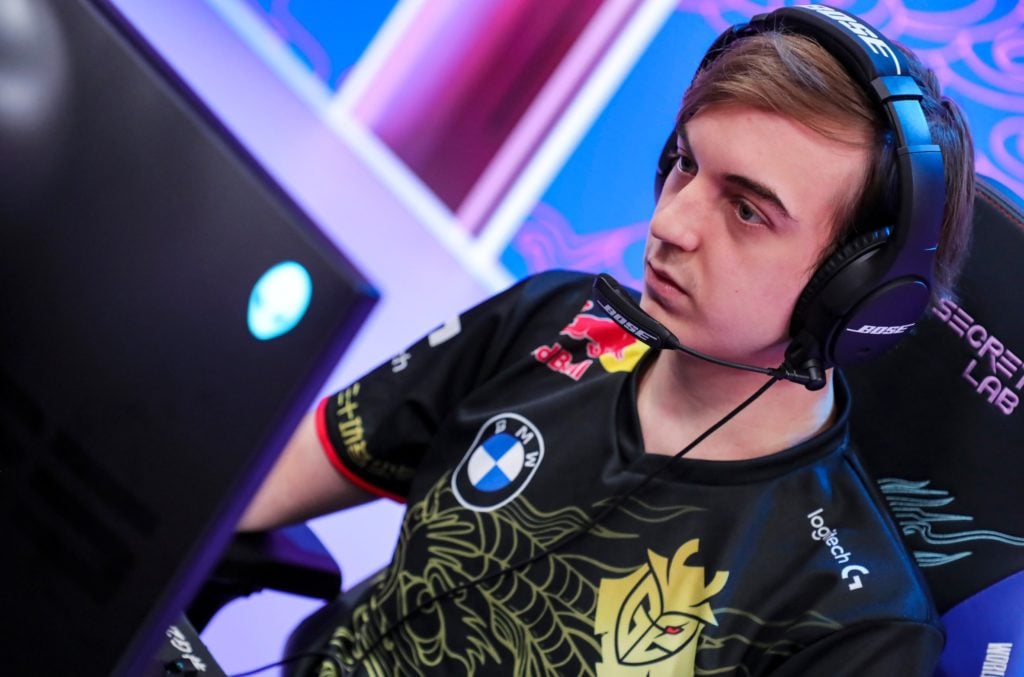 While the respective discussions about the bot lane and jungle have been points of serious contention throughout the course of the tournament, there’s no doubt that the position with the most star power surrounding it at this year’s World Championship is the mid lane. This sentiment rang true coming into Worlds 2020 with players like Caps, Knight, ShowMaker, and so many more taking center stage, setting up potentially jaw-dropping matchups across the board.

And as the World Championship has progressed, we’ve been treated to some spectacular matchups in the mid lane. The quarterfinals alone saw ShowMaker go head-to-head with Chovy in the first match of the weekend, while Caps faced off against Bdd to close things out. With even more intriguing face-offs yet to come, it’s fair to say that all eyes will be on the mid lane throughout the remainder of the tournament.

And for good reason, too. At this year’s World Championship, mid laners have performed leaps and bounds better than players at any other position. Among players with the top KDA ratios at Worlds, four of them are mid laners. Additionally, players like ShowMaker and Caps sit at the top of the pack alongside many of the bot laners at Worlds when it comes to statistical categories like DPM and GPM, according to League stats website gol.gg.

The teams that have advanced to the semifinals of this year’s World Championship have done so on the backs of their mid laners. Angel, Knight, ShowMaker, and Caps all had some of the strongest performances of their careers this past weekend, proving why they’re all deserving of being in the conversation for the title of “best mid laner in the world” and a shot at the Summoner’s Cup. And as the tournament field dwindles, the competition in the mid lane will only get more intense.

The more things change, the more they stay the same 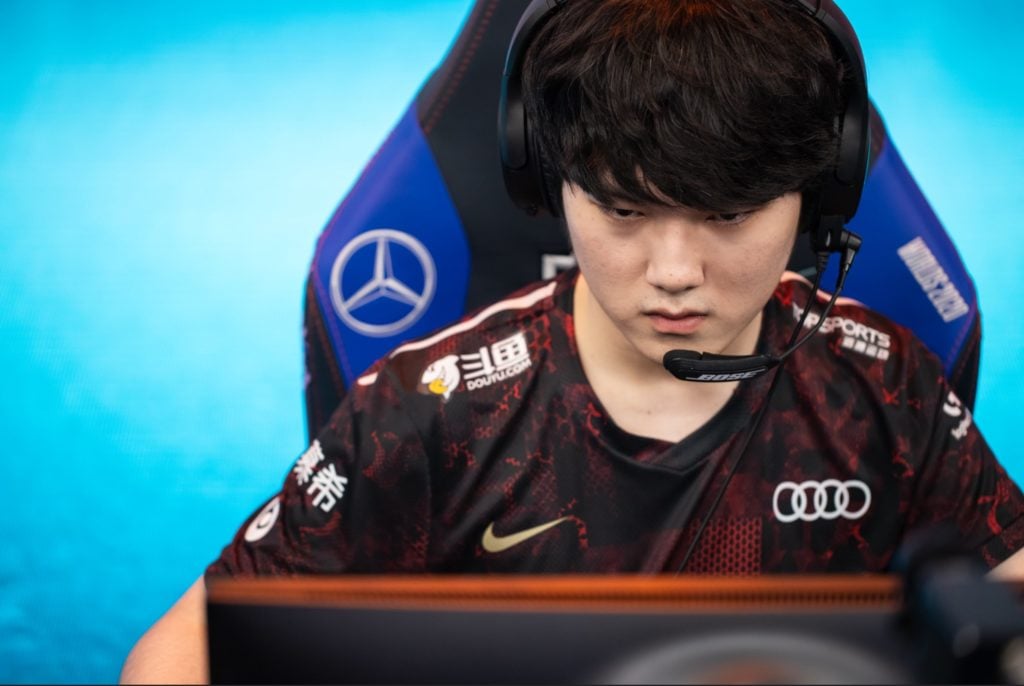 With a little under a week to go until the final four teams at Worlds face off, the parallels between the 2020 semifinals and the 2019 semifinals are already stacking up. Although the teams present are vastly different, with only G2 making the final four in both instances, the regions being represented—and the number of teams they’re sending—are exactly the same.

To make things even more similar, two LPL teams will be facing off on one side of the bracket, while G2 will go head-to-head with an LCK team on the other for the second straight year. From one year to the next, FunPlus Phoenix and Invictus Gaming have been replaced by Top Esports and Suning. SKT, on the other hand, has been replaced by DWG, the team that G2 beat in last year’s quarterfinals to make last year’s top four.

Even though things might be slightly different than 2019 with several teams from last year’s tournament failing to qualify for this year’s event, the fact remains that the infrastructure in leagues like the LPL, LCK, and LEC are strong enough to bring their best teams to the pinnacle of the World Championship year in and year out.

So while some fans might look at these trends and immediately claim that a case of pure coincidence has struck, the more reasonable conclusion would be that teams from the LPL, LEC, and LCK are simply finding their way into favorable positions in international play. In the current game-state, the LPL is easily the strongest region in the world, but the LEC and LCK have proven that they can hang tough with some of the best Chinese teams on the planet. Perhaps over the course of this year’s final three matches, the LPL can be dethroned and a new dynasty can be forged.