The Snakeshot .357 pistol is severely broken in Modern Warfare

After the recent Call of Duty: Modern Warfare Season 1 update, the .357 pistol doesn’t seem to be working correctly. In the Season 1 patch notes, Infinity Ward applied a nerf to the Snakeshot attachment on the .357 pistol. While their attempt was sound — the .357 was extremely overpowered — the results don’t seem to have worked out. Instead of the weapon attachment working as intended, it is broken in a hilarious, yet confusing way. Infinity Ward has to comment on this, though a fix should be in the works.

Before the Season 1 patch, fans were pleading with Infinity Ward to nerf the Snakeshot attachment. Only available for the .357 pistol, the Snakeshot essentially turns the pistol into a shotgun. Prior to its nerf, the attachment could one-shot enemies from a staggering range.

Fans ended up getting their wish, as the .357 Snakeshot was nerfed. The official patch notes for the .357 after Season 1 described it: “.357: Buckshot: reduced damage range, reduced effective hip fire damage. Tuned spread adjustments from barrel attachments.”

At first glance, this was a great nerf. It addressed the issues with the attachment while not completely ruining it. However, what followed is one of the most confusing bugs so far in Modern Warfare. YouTuber Drift0r shows us exactly what’s wrong the .357 Snakeshot. 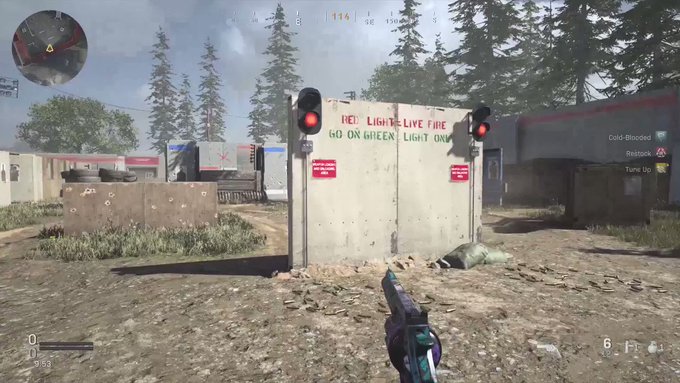 As we can clearly see from the video, the Snakeshot attachment is nowhere near working correctly. Every other shot from the .357 Snakeshot is a regular pistol bullet it seems, which is not what the attachment is supposed to do. The Snakeshot is intended to provide a shotgun-style pellet spread, which we can see in the first and third shots.

How something like this gets past testing over at Infinity Ward is still unknown. There’s no date for the next title update, but we should see it within the next week, and a .357 Snakeshot patch is likely to come with it.

Have you experienced this bug? Let us know, and keep up with Daily Esports for all of your Modern Warfare coverage.