TSM moves from China to Korea for bootcamp due to visa, server issues

Popular North American League of Legends team TSM has decided to continue its bootcamp in Korea. This news comes as TSM had been scheduled to practice their pre-season strategies in China. Unfortunately, due to various circumstances, they are unable to continue their two-week stay in China. To the disappointment of many fans, they’re looking forward to a new stay in Korea.

Update: We will be moving the remainder of our bootcamp from China to Korea, for more info regarding the decision, see below. We want to once again thank our extremely gracious hosts LNG and wish them all the best for the upcoming season. 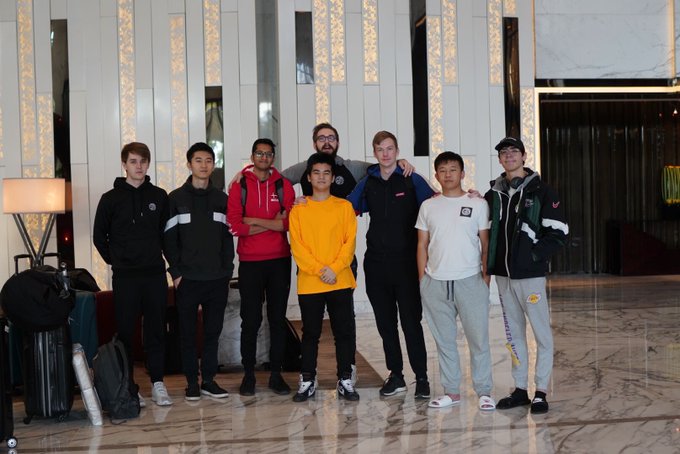 Broken Blade far from the team

A couple issues contributed to their decisions to change plans. Their Turkish-native top laner, Sergen “Broken Blade” Çelik, was unable to obtain a visa to travel to China. In their Reddit post, they mentioned how important it is to be together as a team, saying that “this is our first bootcamp as a new team and we very much missed our favourite top laner who couldn’t attend in person due to visa issues — so we’re looking to reunite with him in Korea.”

As they arrived in Korea, the team met up with Broken Blade. Now the team’s complete and ready to scrim, and fans are happy. 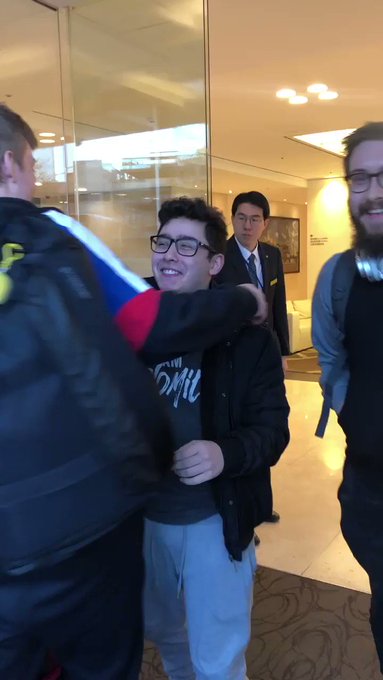 The change from China to Korea

The other reason as to why they’ve decided to leave China is due to server issues. TSM found it impossible to maintain accounts on the Korean server while playing in China. Doing so wouldn’t allow them to play in Korean solo queue or scrims. TSM would need the experience playing against Chinese and Korean teams to be better prepared for next year’s competitions. This news concerns fans as the next League of Legends World Championship will be taking place in Shanghai. Reddit commenters speculate on what this could mean for their Worlds outcome and how it can affect their future play styles. 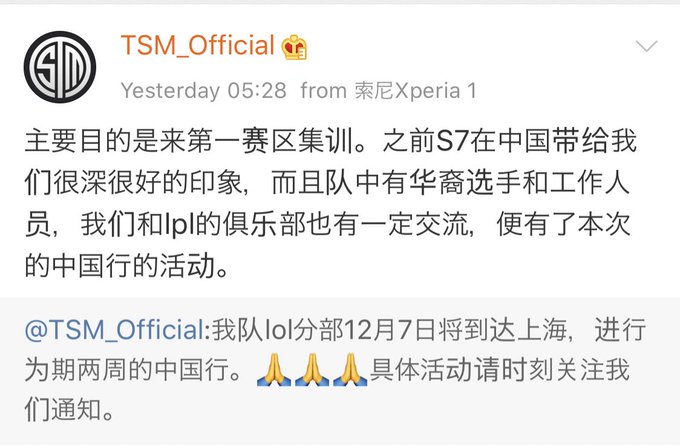 TSM is planning to possibly return to China as they apologized to the fans they didn’t meet in person. They also thanked LNG Esports for hosting them. Above all, they’re sad to cancel upcoming collaborations and community events they had planned in Shanghai.

Fans are generally pretty excited that TSM will be moving over to Korea for the next two weeks. Plenty of commenters had mentioned the Twitch ban in China and how unlikely it was that they would stream their skrims. Also, Riot failing to help TSM with their visa issues in the past month comes up as a red flag. Since Worlds includes teams from different regions of the world, many people are wondering how smoothly the transition will be for foreign players to be able to travel to Shanghai.

What do you guys think? Does Broken Blade’s issue raise questions on how well Riot might handle their future visa problems in regards to Worlds? Do you think he should have stayed in Korean Solo Queue to practice on his own? Tells us in the comments. We’ll keep you updated on more League of Legends news here on Daily Esports!