The Warlock Prime has been revealed. 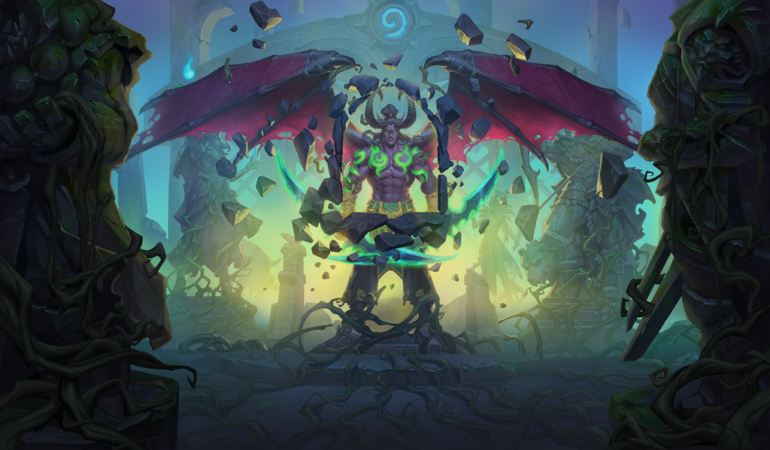 The card reveal season for Hearthstone’s Ashes of Outland expansion is coming to a close today with a large stream on the game’s official YouTube and Twitch channels.

Blizzard has revealed Kanrethad Ebonlocke, a Warlock Legendary minion that costs two mana. It has three Attack, two Health, a powerful aura, and a Deathrattle that shuffles the Prime version of this card into your deck. 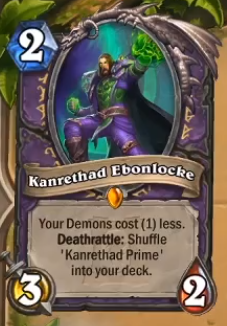 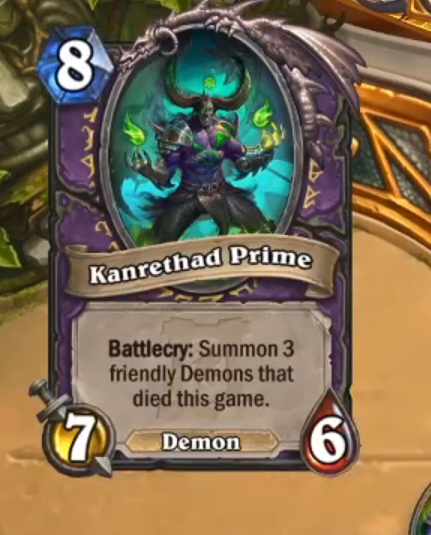 Kanrethad Ebonlocke is an aggressive minion that reduces the cost of your Demons in hand by one while he’s on the field. Kanrethad Prime is an eight-mana Demon with seven Attack, six Health, and a powerful Battlecry that revives three friendly Demons that died earlier this game. This grants aggressive Zoo Warlock decks some potential refuel later in the game after their boards have been demolished.

Ashes of Outland will be released on April 7. Players can pre-purchase the expansion in one of two different bundles from Blizzard’s online store or in the Hearthstone client.