After two years of waiting, Legend of Zelda fans finally received a new sneak peek at the sequel to Breath of the Wild at Nintendo's E3 2021 direct. The end of the trailer promises a 2022 release window, but everything else about it offers more questions than answers. If we take a deeper look into the short teaser, we can gather a few more details to give fans things to speculate about.

Related: 11 Breath Of The Wild Myths That Are Still Unsolved

From potential gameplay mechanics to tidbits about where the story might go, these details are especially intriguing for fans. Whether these details turn out to be a big deal or not, we can all be sure the second Breath of the Wild game will be worth the wait. 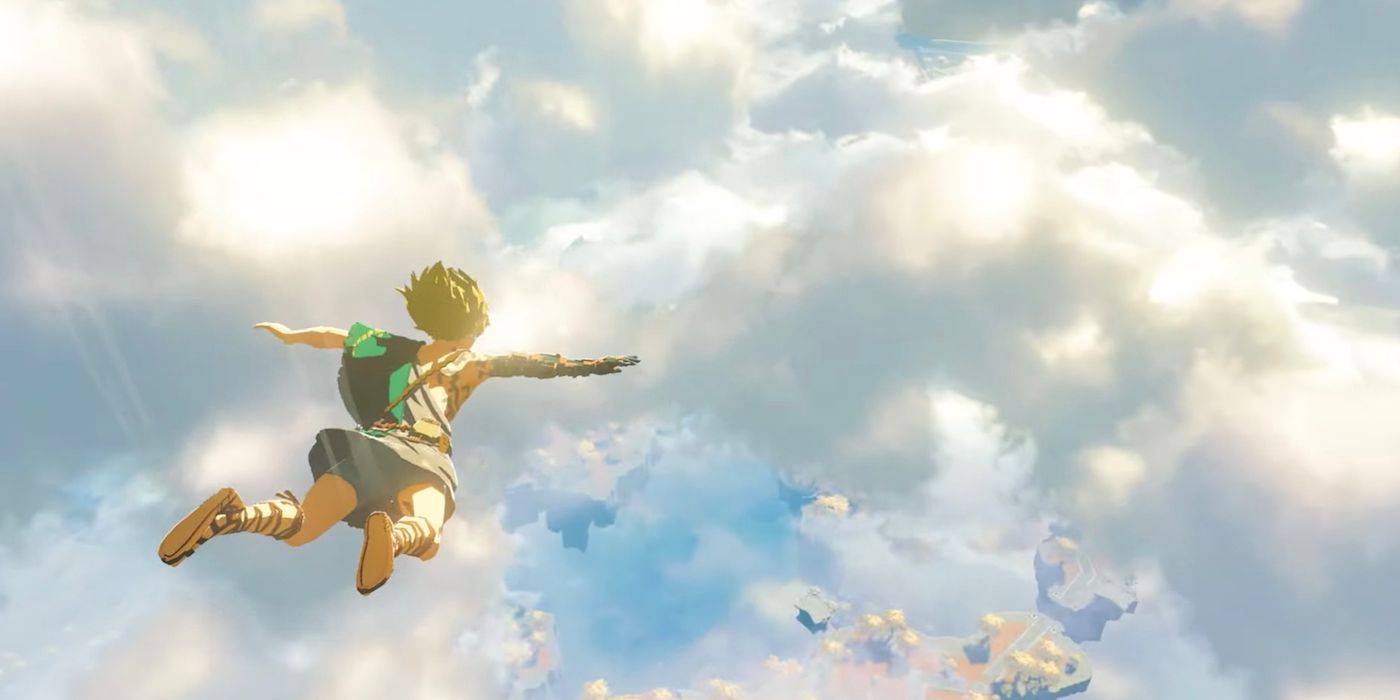 For some reason, Link's face is obscured for just about the entire trailer. Except for a short snippet in the trailer's introduction, we never see Link's face. What could this mean exactly? Some theorize he is infected with Malice from Ganon, which might have changed something about his face. Perhaps it could be an even bigger twist and the character shown in the teaser is not Link at all.

9
Link Gets His Power From The Mysterious Arm 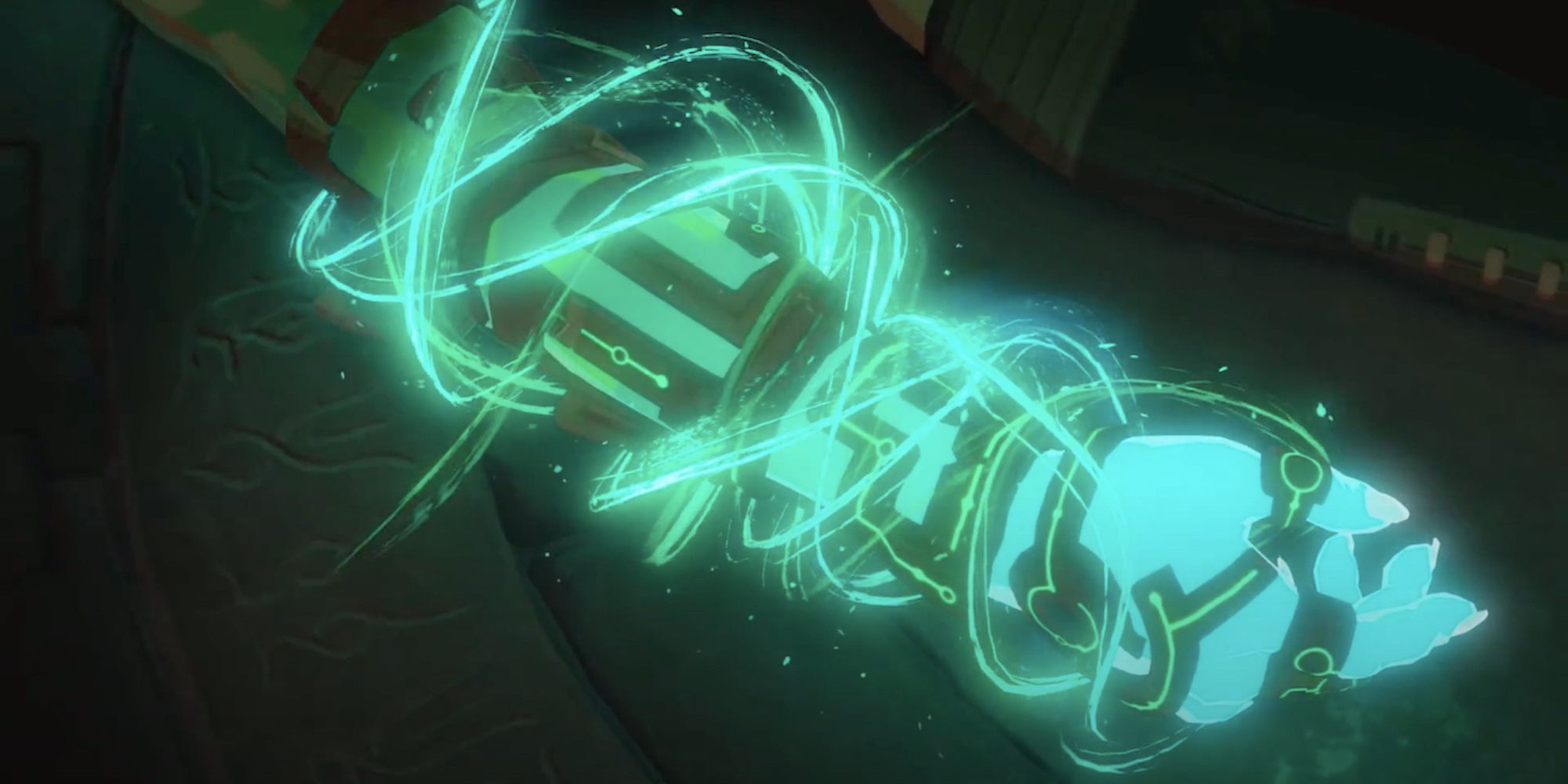 In Breath of the Wild, Link uses special abilities, or Runes, using the Sheikah Slate. In the trailer, it looks like the hero is utilizing the mysterious gauntlet on his arm to activate both new and somewhat familiar powers. From other moments in the trailer, it looks like the arm might similarly be embedded with Sheikah technology. It could be connected to the arm that was holding Gannon down in the first easer. 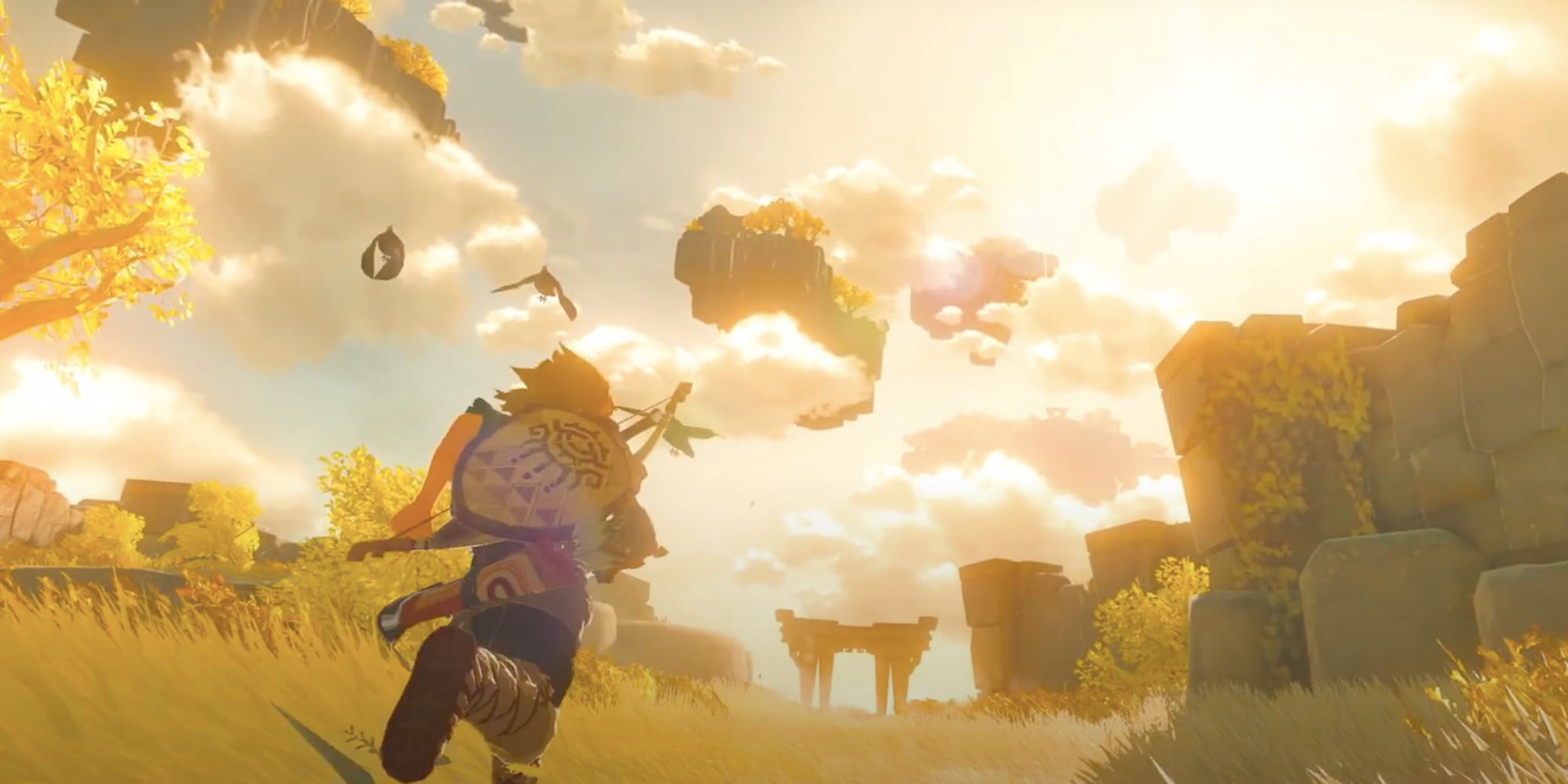 It makes sense for characters to undergo subtle redesigns between entries. However, Link's new hairdo is notably different in this new teaser. This, mixed with the fact we do not see his face during these clips, lends more credence to the idea that something has changed significantly with Link.

Whatever the case, it definitely gives him a more rugged, unhinged appearance. Link's hair could also simply be more customizable in the sequel and the change is nothing related to the character or narrative.

7
One Shot Hints At Underground Sections 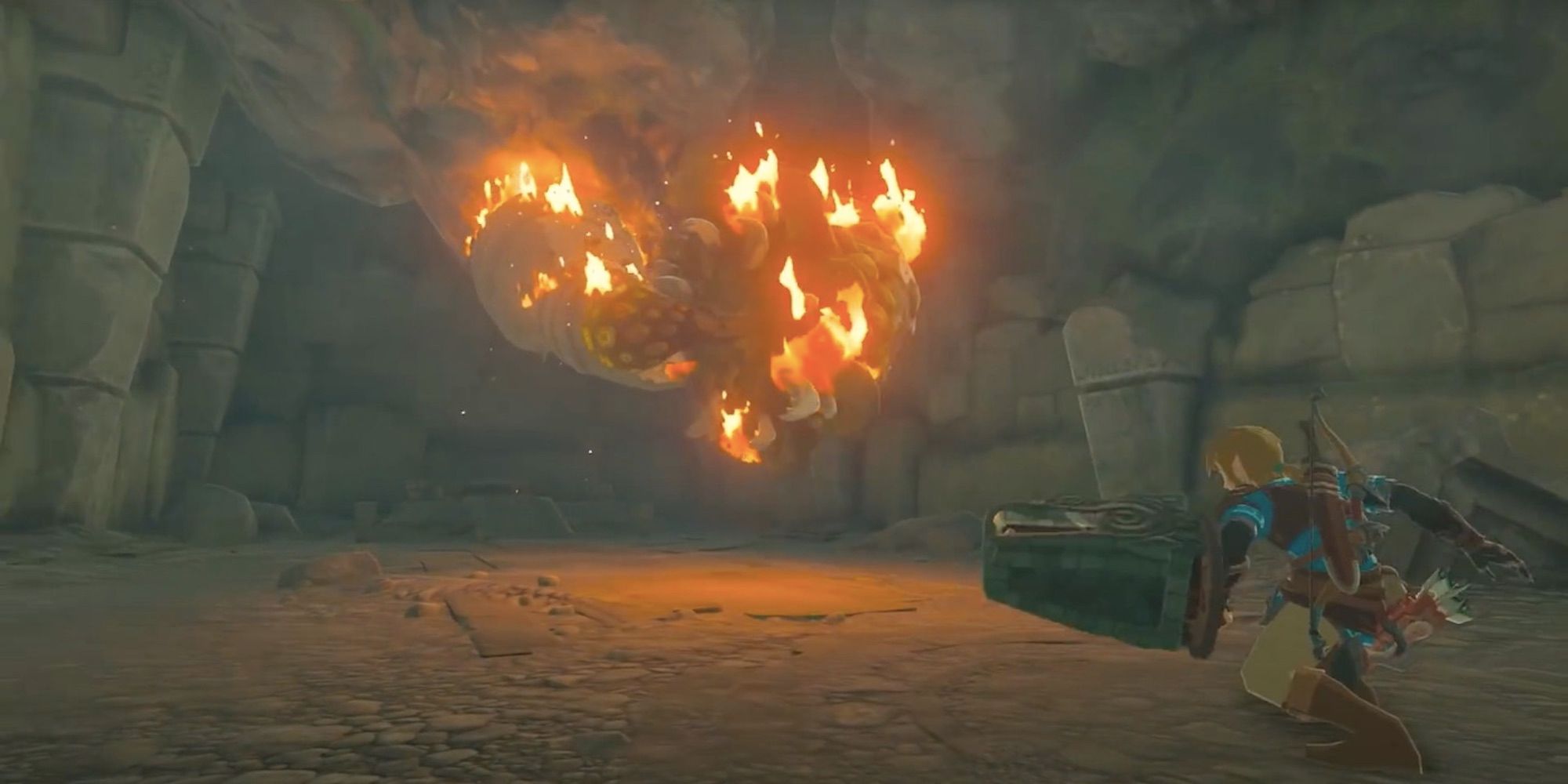 A short shot shows Link fighting with a creature hanging from the ceiling of what appears to be a cave. Enclosed spaces like this were few and far between in the first Breath of the Wild. This shot could be hinting at deeper underground sections for the sequel. A major complaint in the original game is the lack of dungeons, so more extensive linear cave segments could remedy this.

6
Where Is The Sheikah Slate? 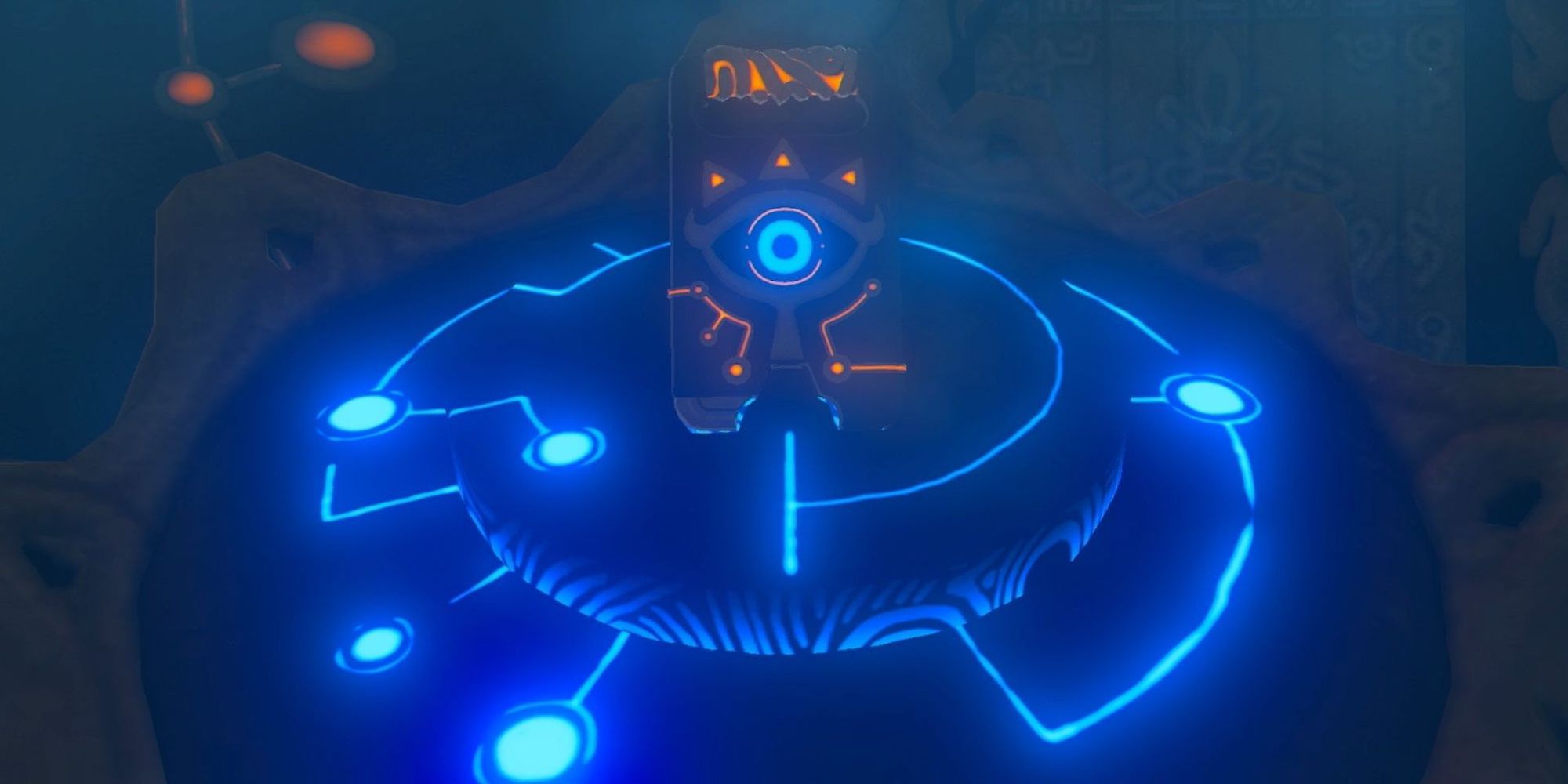 Curiously, there is no Sheikah Slate to be found throughout the whole trailer. Considering its importance in the game, its absence could change a lot about the way the UI works. It is how players interacted with menus and looked at the map in Breath of the Wild, after all. Perhaps the tool will make a return, or it will stay in the past as it gets lost for whatever reason. 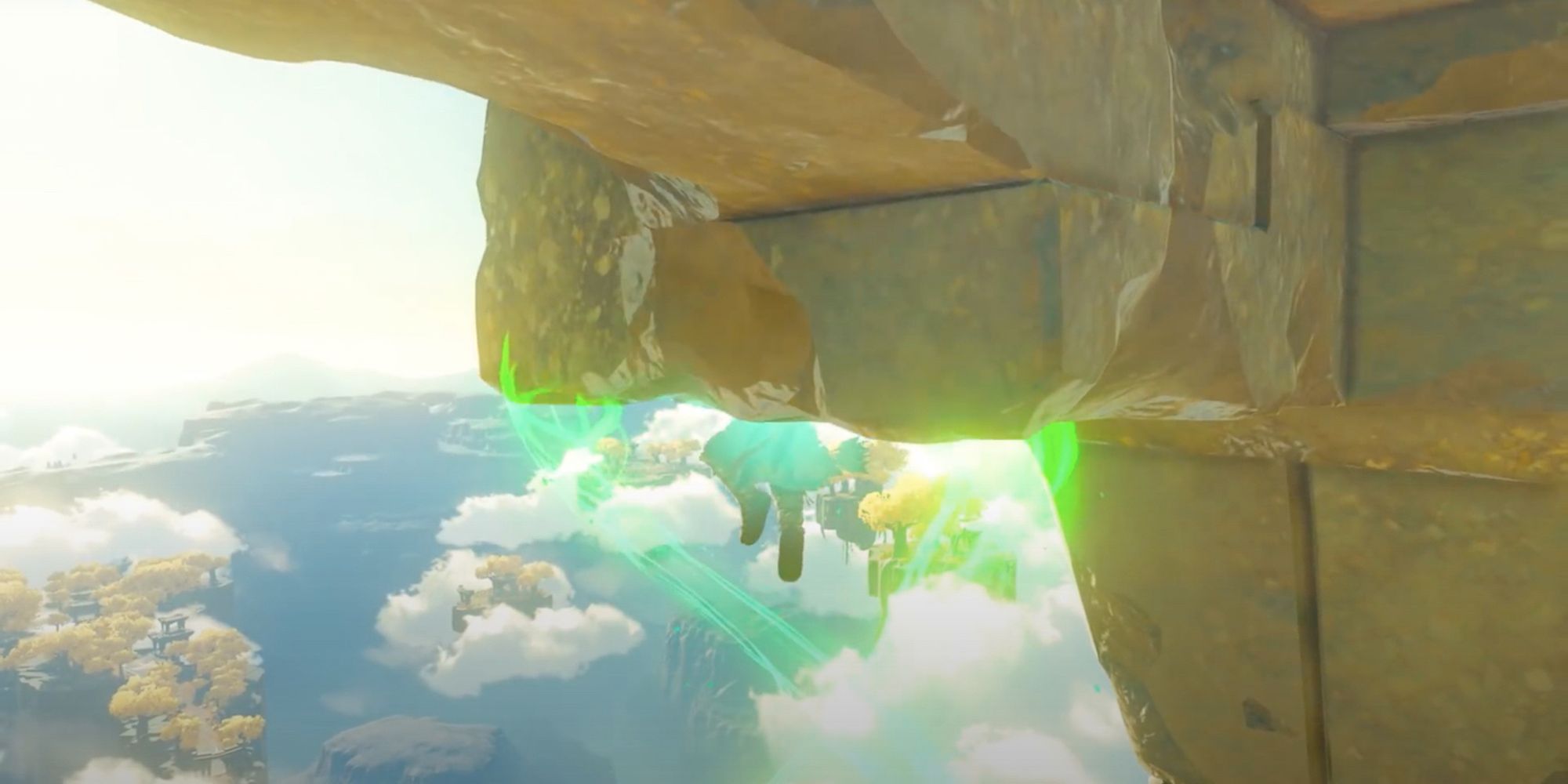 In the same shot showing Link in a potential underground setting, we see him utilize an arm attachment as a flamethrower. This is in addition to several other new powers he appears to wield. He can phase through solid matter and also defy gravity.

Related: The Strongest And Weakest Weapons In Breath Of The Wild

Since Breath of the Wild is more of an immersive sim than other open-world games, our minds are racing with wonder at how we'll be able to play with the environment once these new abilities become available. Whether these will still be called Runes is also a mystery.

4
Stasis Has Been Improved 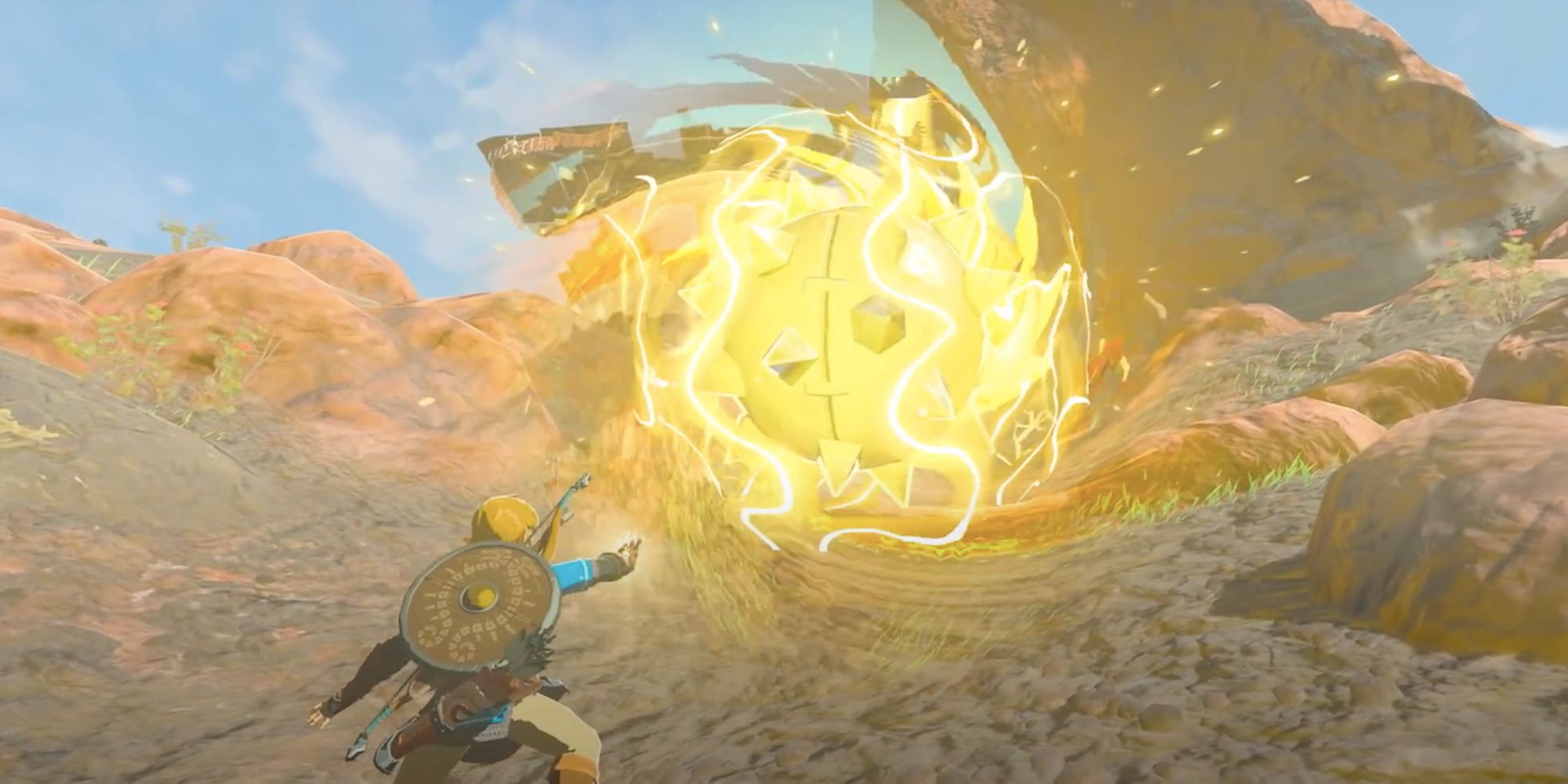 Link's stasis ability seems to come with an added bonus. in one small segment balls roll towards him and he activates the ability to stop them. Immediately afterward, he appears to reverse the energy of the object and shoot it back at enemies. We wonder if this comes automatically to Link through the adventure or if we'll be able to upgrade the Runes progressively ourselves during the game.

3
The Backwards Voices In The Background 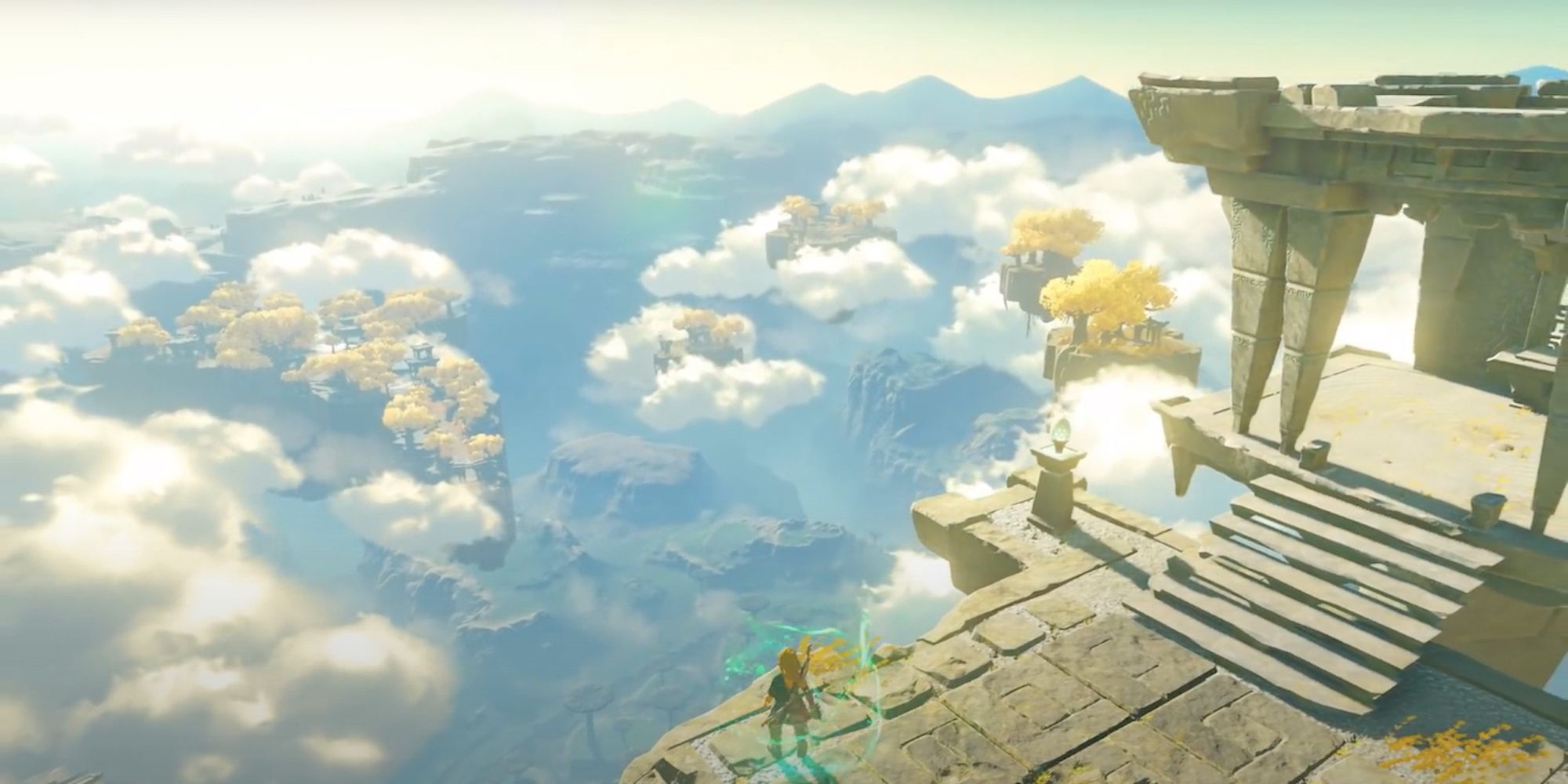 The trailer's music is immediately striking and bold, a distinct departure from the often minimalist soundtrack of Breath of the Wild. Also in the music are strange chants that seemingly play backward. Even when reversed, it is difficult to tell what is being told. Some think time will be a major theme of the sequel, particularly going in reverse or backward.

2
Malice Is Still Around 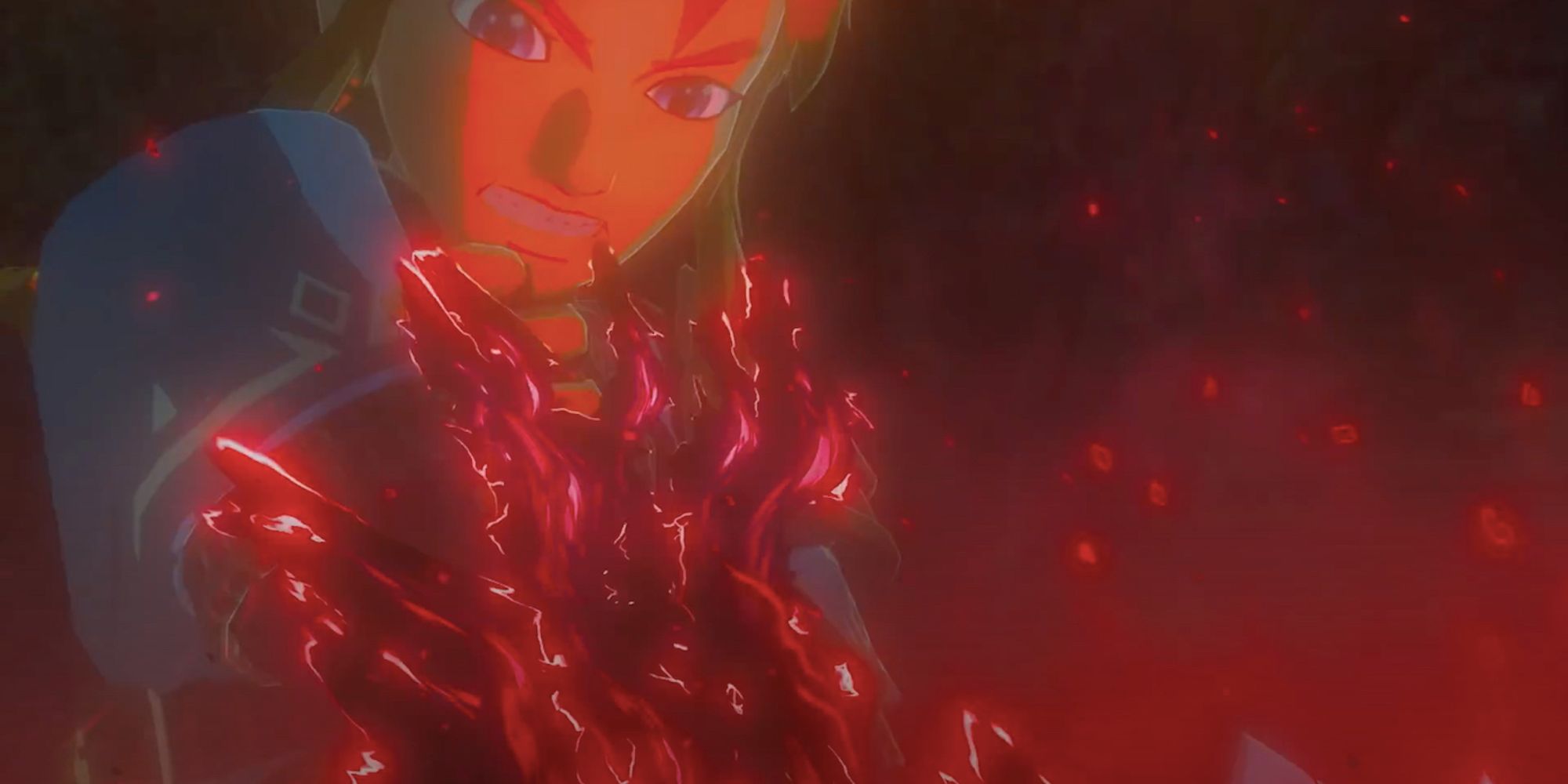 The trailer opens up with growing Malice tendrils. These are seen in the first teaser as well and seem to kill a rat. Malice plays a role in the 2017 Breath of the Wild as well and Calamity Ganon is made up of the stuff during the final boss fight. Malice is also what corrupts the Divine Beasts. In the sequel, it looks like Malice infects Link.

1
The Trailer Runs At 60 Frames Per Second 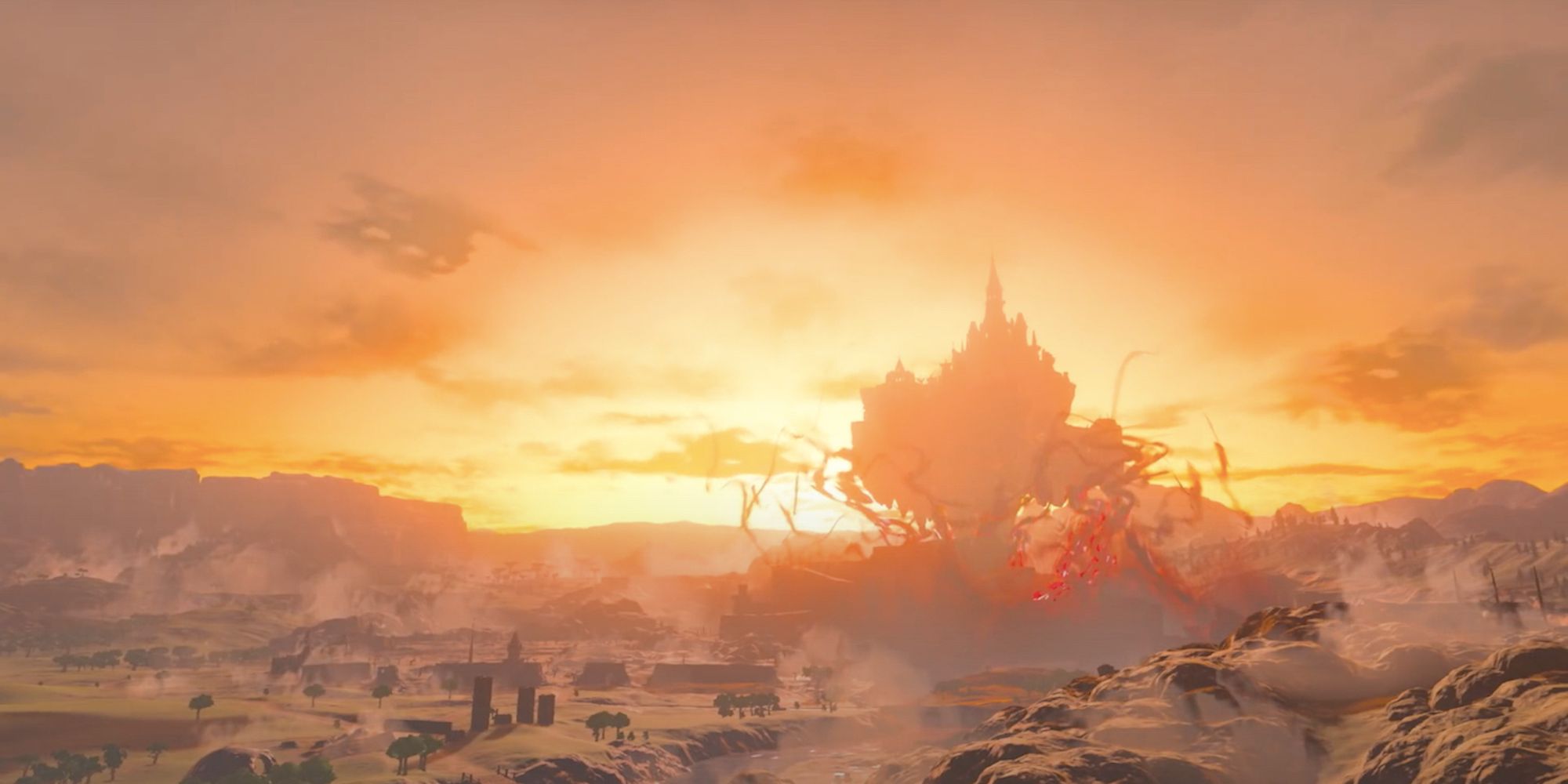 Interestingly enough, the trailer runs at 60 frames per second. This could just be to show the game in the best-looking way possible. Some might say it hints at the heavily rumored Switch Pro. Perhaps an updated Nintendo Switch can run the game at optimal 60 frames per second and the older model runs it at 30 frames. Exploring this beautiful open-world game at a smooth frame rate would be a dream come true. 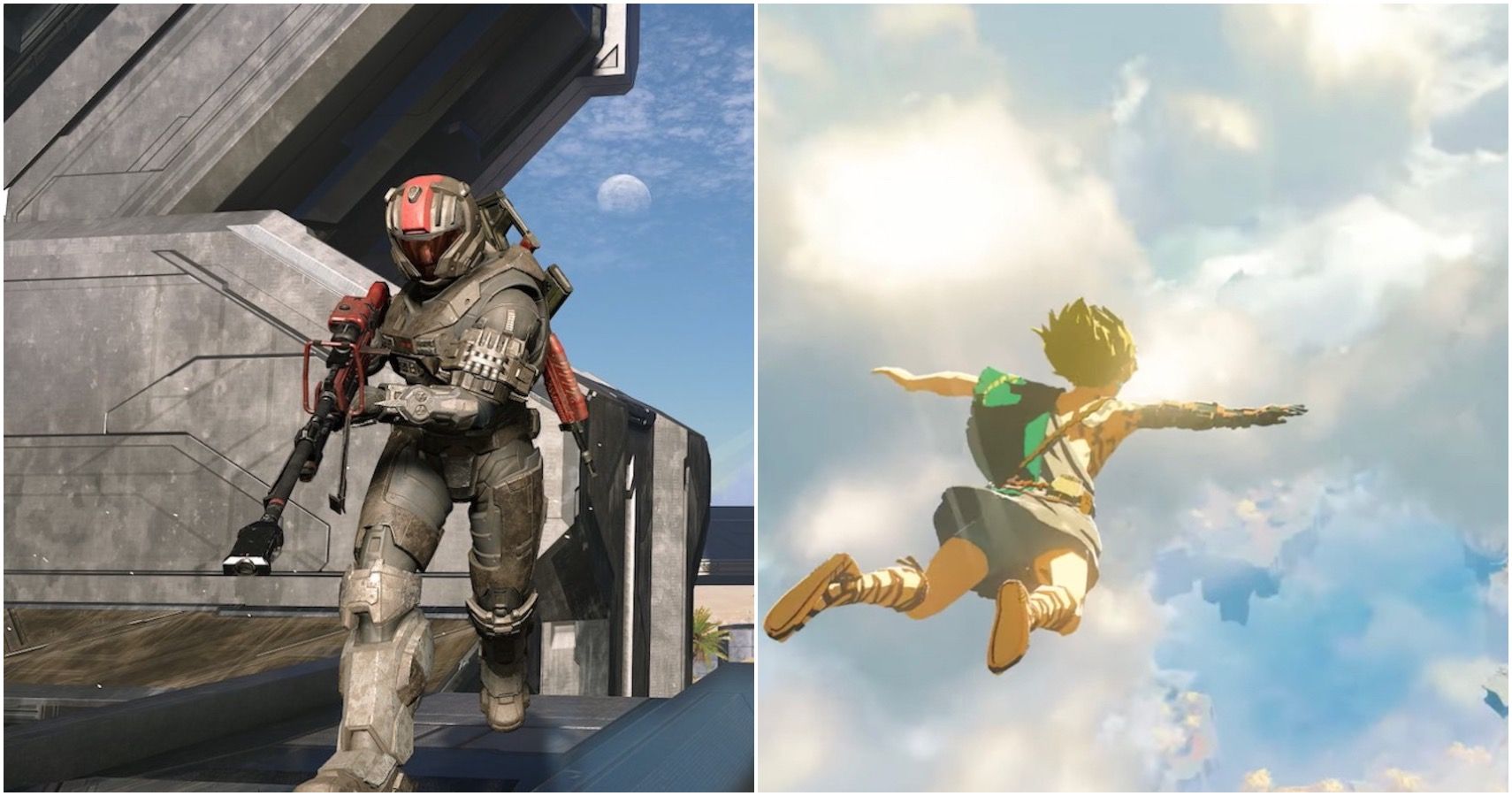 E3 2021 was full of amazing, gorgeous trailers showcasing upcoming games, and here are the best ones we saw.