10 Horror Games Based On Books

Video game adaptions of books are sometimes overlooked, especially in the horror genre. Creators find inspiration in many places you may not have thought of, and the horror genre can twist inspirations in fantastic and frightening ways.

The games on this list have taken inspiration from the original authors’ work and expanded upon the universe in unique ways. A few have even expanded upon them to be unofficial sequels to the book. Whether you want to read the original, delve deeper into the story, or fill in the missing gaps, we have provided a list of horror games that took their source material or inspiration from books. 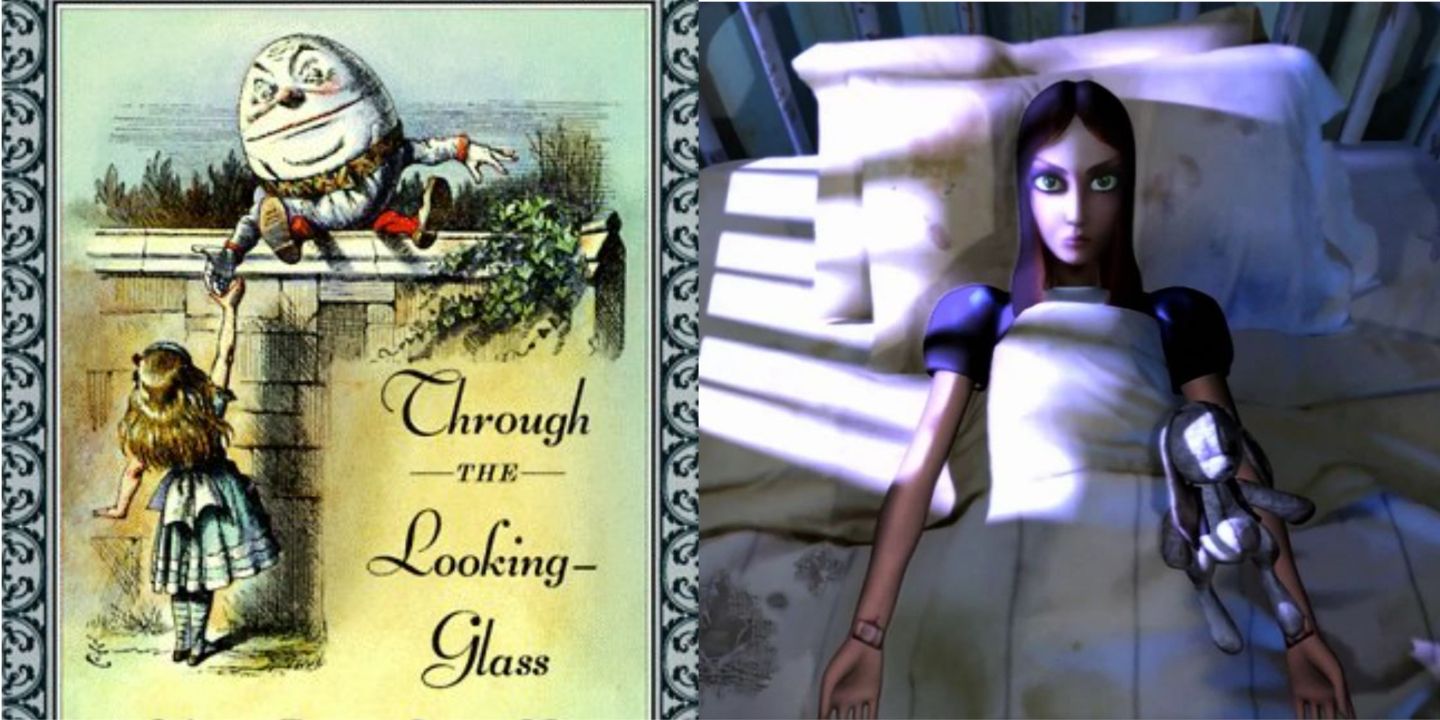 American McGee’s Alice takes place after Lewis’ Through the Looking Glass. In this story, Alice’s family dies in a house fire, which causes her to have an extended stay at a psychiatric hospital.

After getting out, she goes to Wonderland, which she finds is very different because of her mental trauma and damaged psyche. It is a 3D action game from the third-person perspective, with over 15 levels of gameplay and roughly 27 hours for a total completionist run. 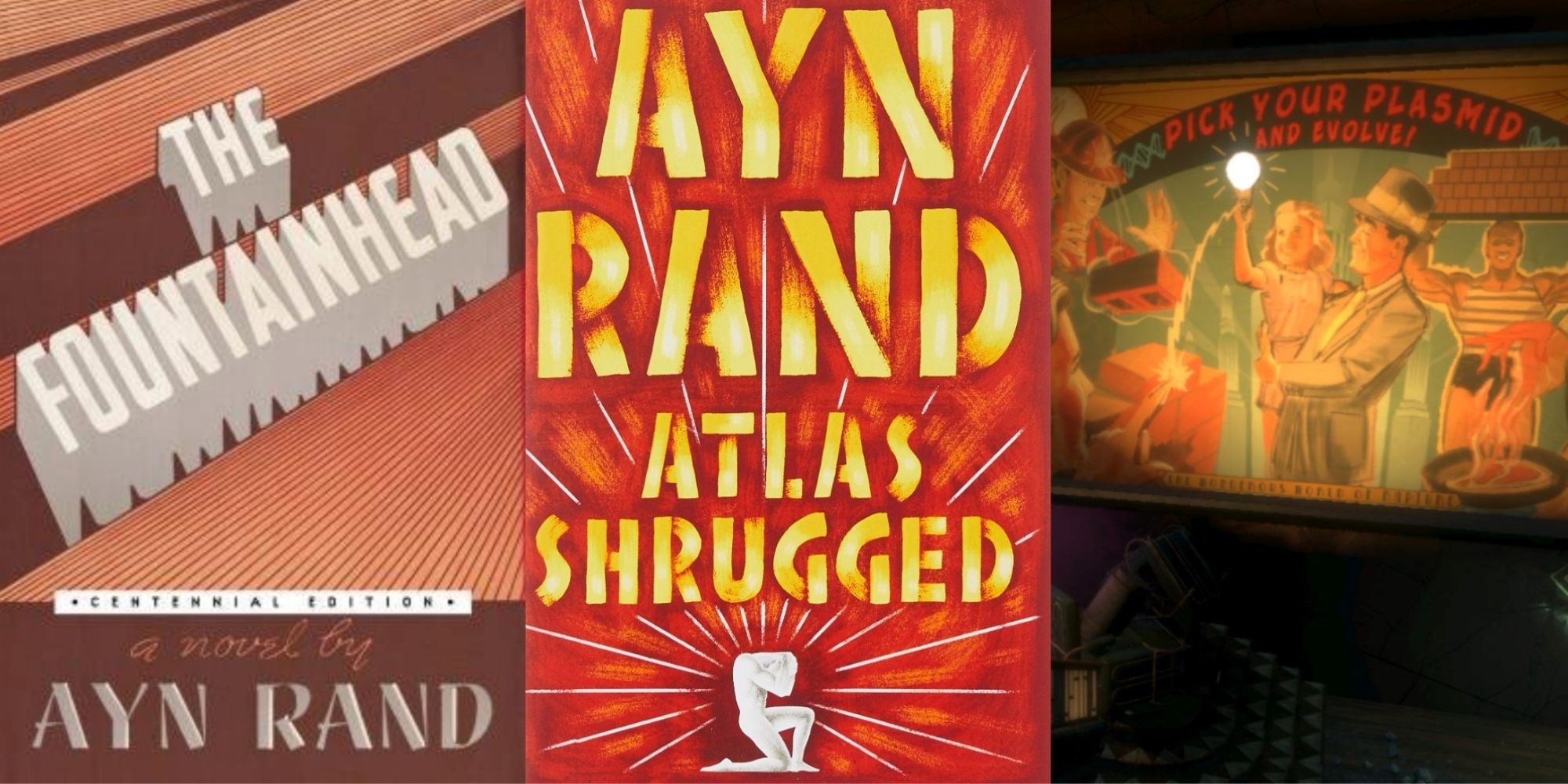 The themes, concepts, and philosophy of objectivism in Ayn Rand’s The Fountainhead and Atlas Shrugged are heavily featured in the BioShock series. The city of Rapture is loosely based on Galt’s Gulch, and just like Galt’s Gulch, all the greatest thinkers in the world came to Rapture.

Andrew Ryan, the antagonist from BioShock, is even an almost-anagram of Ayn Rand. There are many other mentions and tributes to her works throughout the game. While you don’t need to read the works of Ayn Rand to enjoy BioShock, it puts things into perspective, and you’ll recognize the small nods to her works. 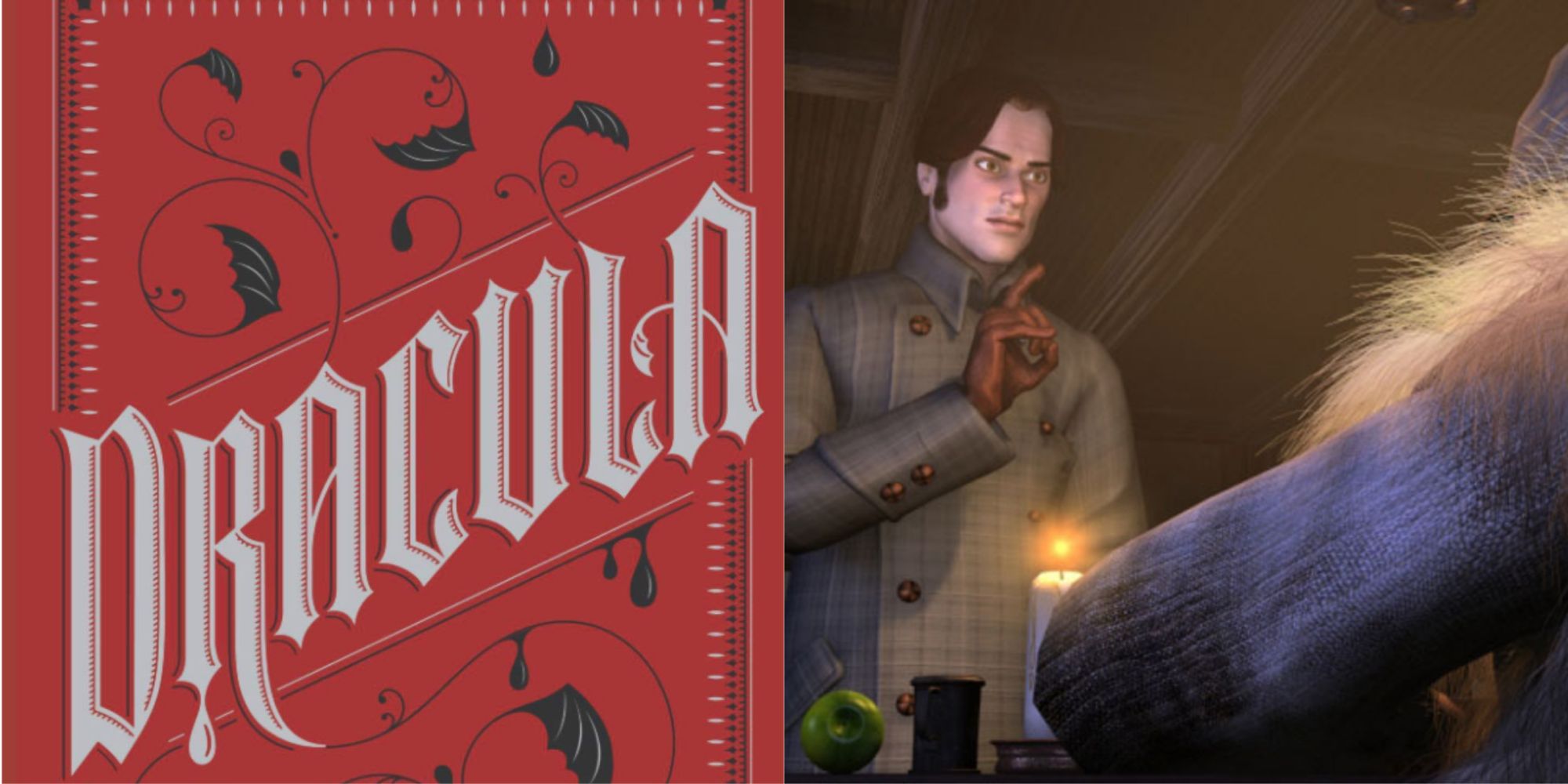 Dracula: The Resurrection takes place seven years after Jonathan Harker and Quincey slew Dracula in Bram Stoker’s book. You take on the role of Jonathan Harker, and your wife has left London for unknown reasons and traveled to the castle in Transylvania. Is Dracula back, or is this the work of different vampires?

The game takes place in iconic locations featuring animated cut scenes, a fantastic soundtrack, and fun puzzles. These features come together to bring the world that Bram Stoker created to life. 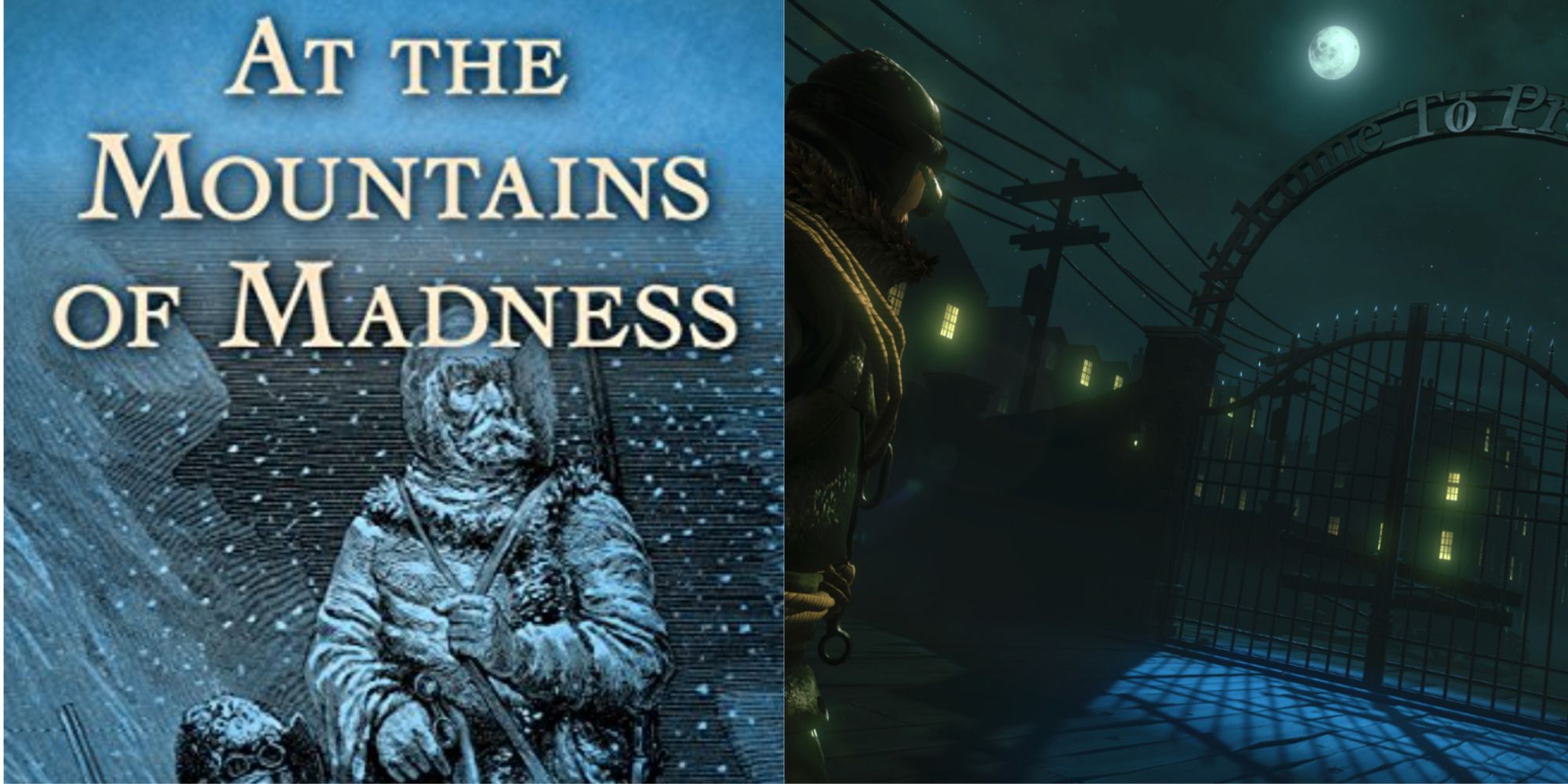 In At the Mountains of Madness, a geologist named William Dyer attempts to prevent an expedition to Antarctica to keep findings from his previous expedition hidden from the world. The developers of Edge of Nowhere loosely took the plot of his story and designed the Arctic city directly from At the Mountains of Madness. Edge of Nowhere is a third-person VR horror game that has a similar plot to Lovecraft’s novel.

The protagonist, Victor Howard, journeys to the Arctic to find his missing fiancée, who was part of a lost expedition. The creatures in the game are admittedly generic, found in basically every other Lovecraftian game, but seeing them in VR adds much more horror and tension.

6 I Have No Mouth, And I Must Scream 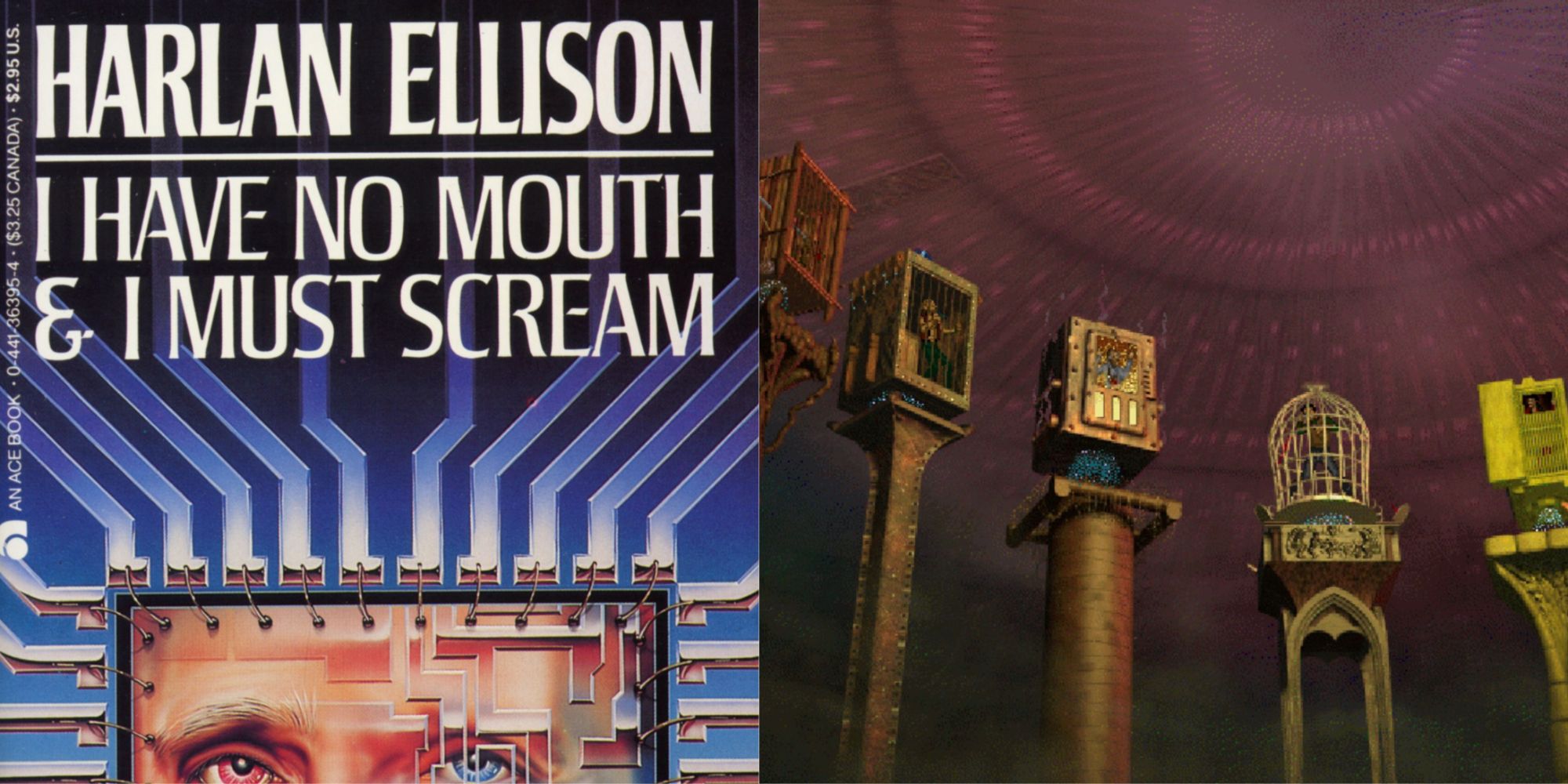 This game adaptation is a point-and-click that follows the original story closely. In it, the world has become nearly uninhabitable because of a war been the United States, China, and the Soviet Union.

You take on the role of all five people from the original story while attempting to outwit an all-powerful artificial intelligence named AM. Harlan Ellison co-wrote the 130-page script, created a lot of the dialogue found in the game, and even voiced AM. 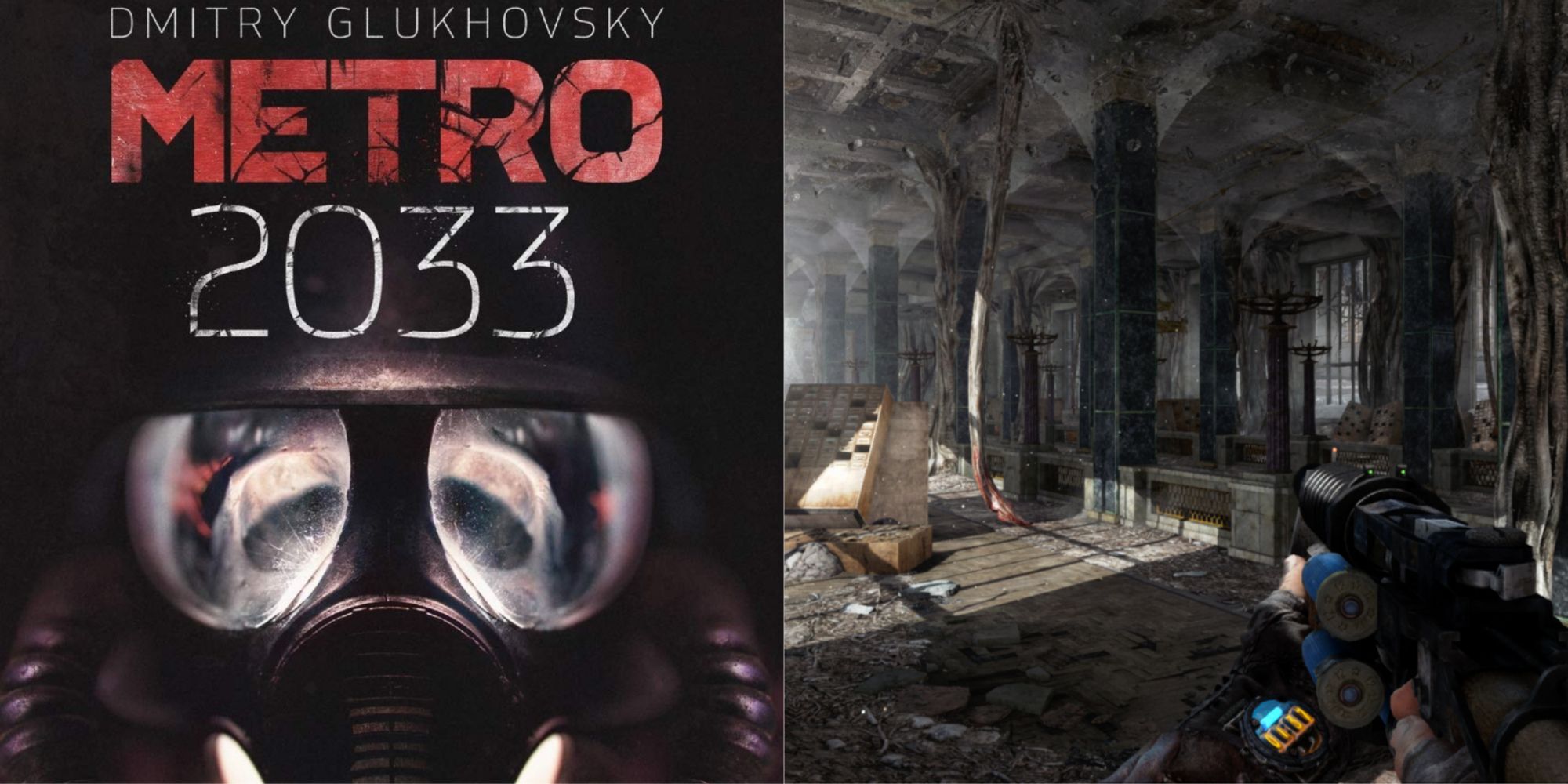 In 2013, an apocalyptic scale event brought the world to near destruction. The earth became near uninhabitable, so the remaining survivors began living in the underground of Moscow. Metro 2033 is one of the closest replications of a game adaptation when compared to the book.

The plot is mainly intact, but there are fewer firefights in the book. The ending of the book is told in greater detail as well. If you want to expand upon a great game, the book will do a good job filling in the gaps! 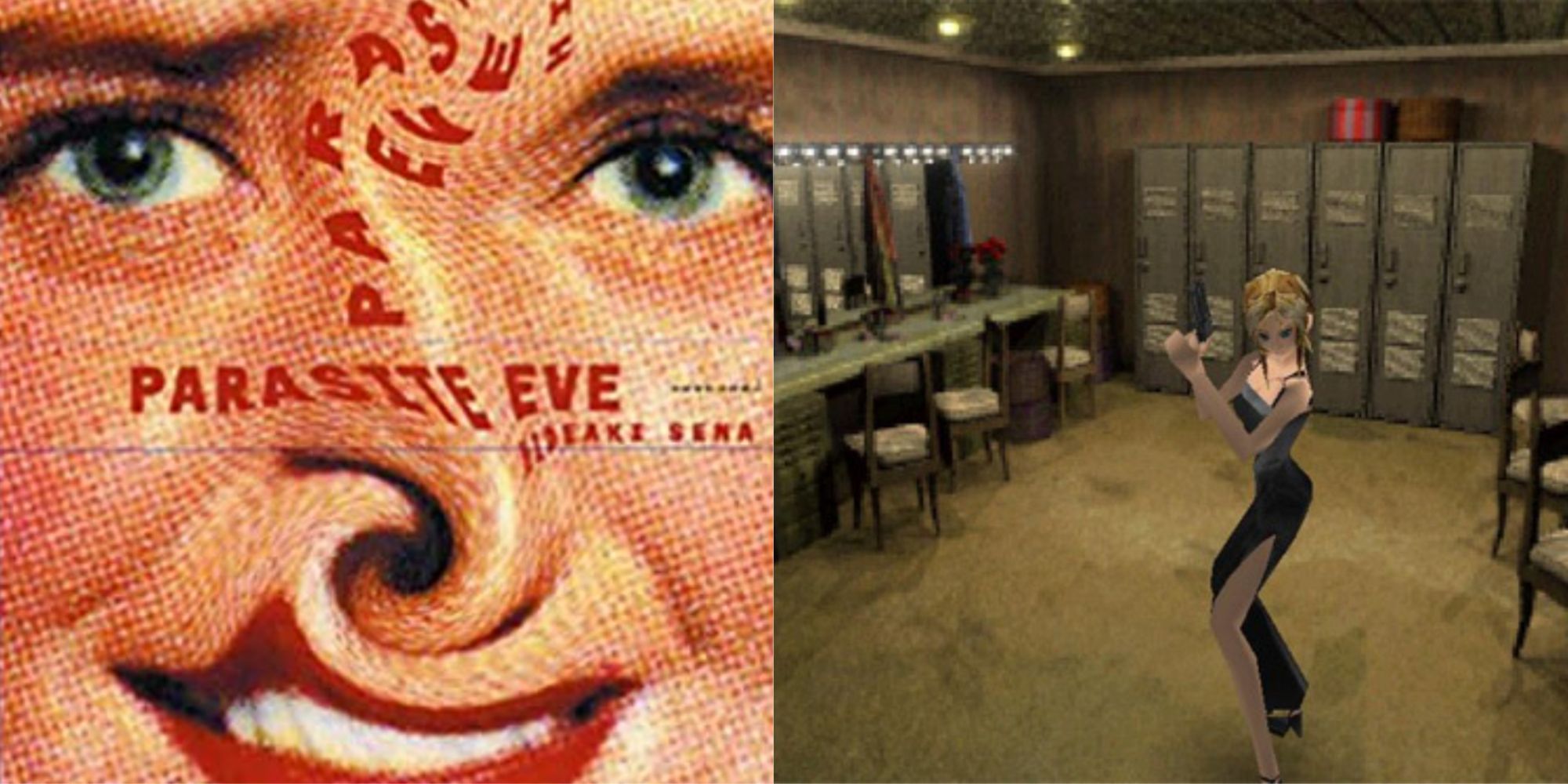 The author, Hideaki Sena, has a pharmacology degree and his book is very scientific with technical explanations of medical fields, experiments, and procedures. This is a scientific book with a dash of horror.

In the book, Dr. Nagashima’s wife dies in a mysterious car crash and has her kidney donated to a girl who would become the perfect host for a self-replicating organism that plans to replace humanity. 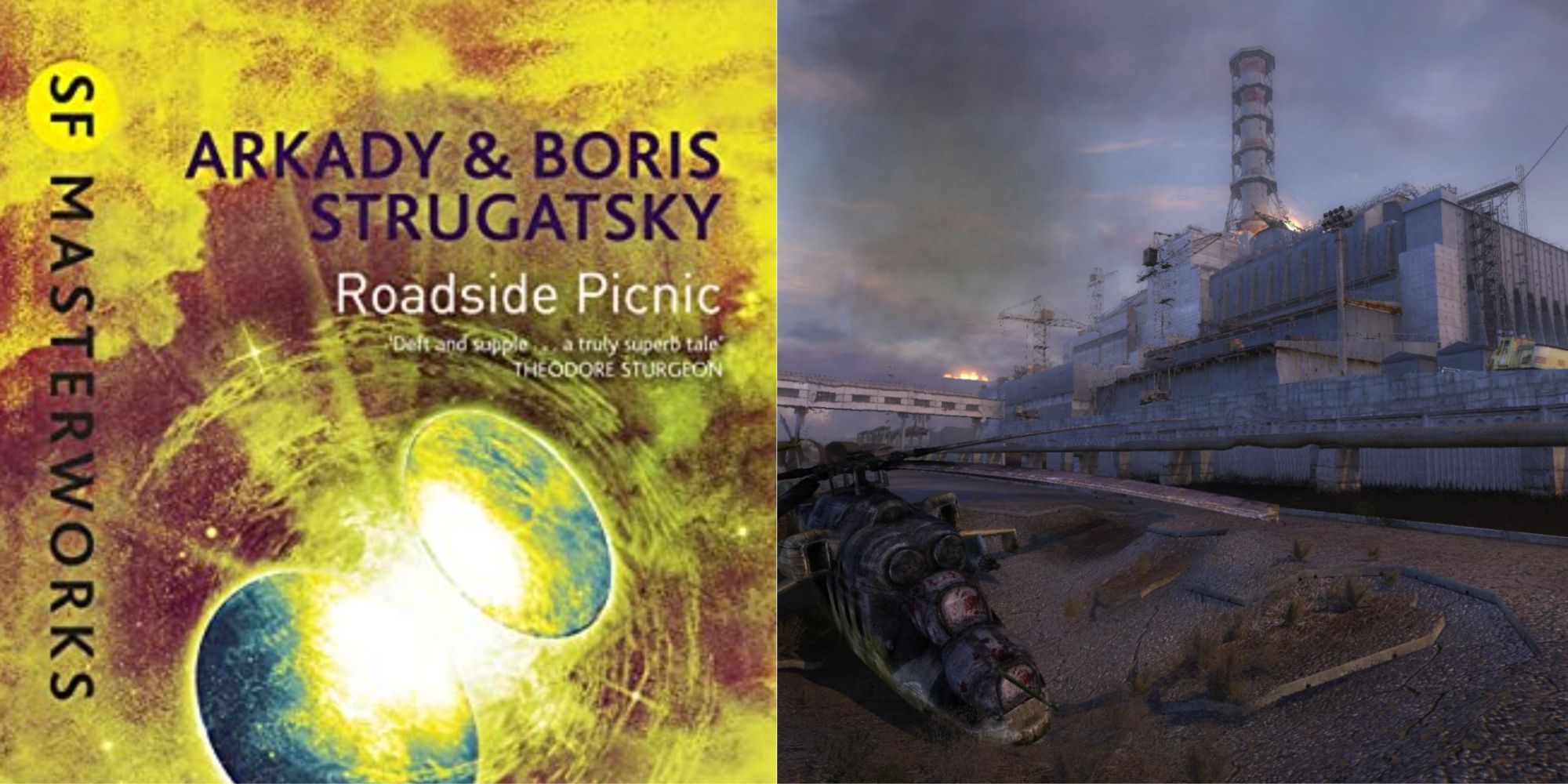 The authors of Roadside Picnic initially developed the idea of a Stalker, the protagonist Redrick Shuhart, going into a restricted zone to get mysterious artifacts. The film of the same name, which was directed by Andrei Tarkovsky, took the idea even further.

In S.T.A.L.K.E.R.: Shadow Of Chernobyl, a second explosion hit the famous reactor, creating the famous Zone. You will travel into the Zone as a Stalker and experience an immersive storyline that you can play however you see fit.

2 The Binding Of Isaac: Rebirth 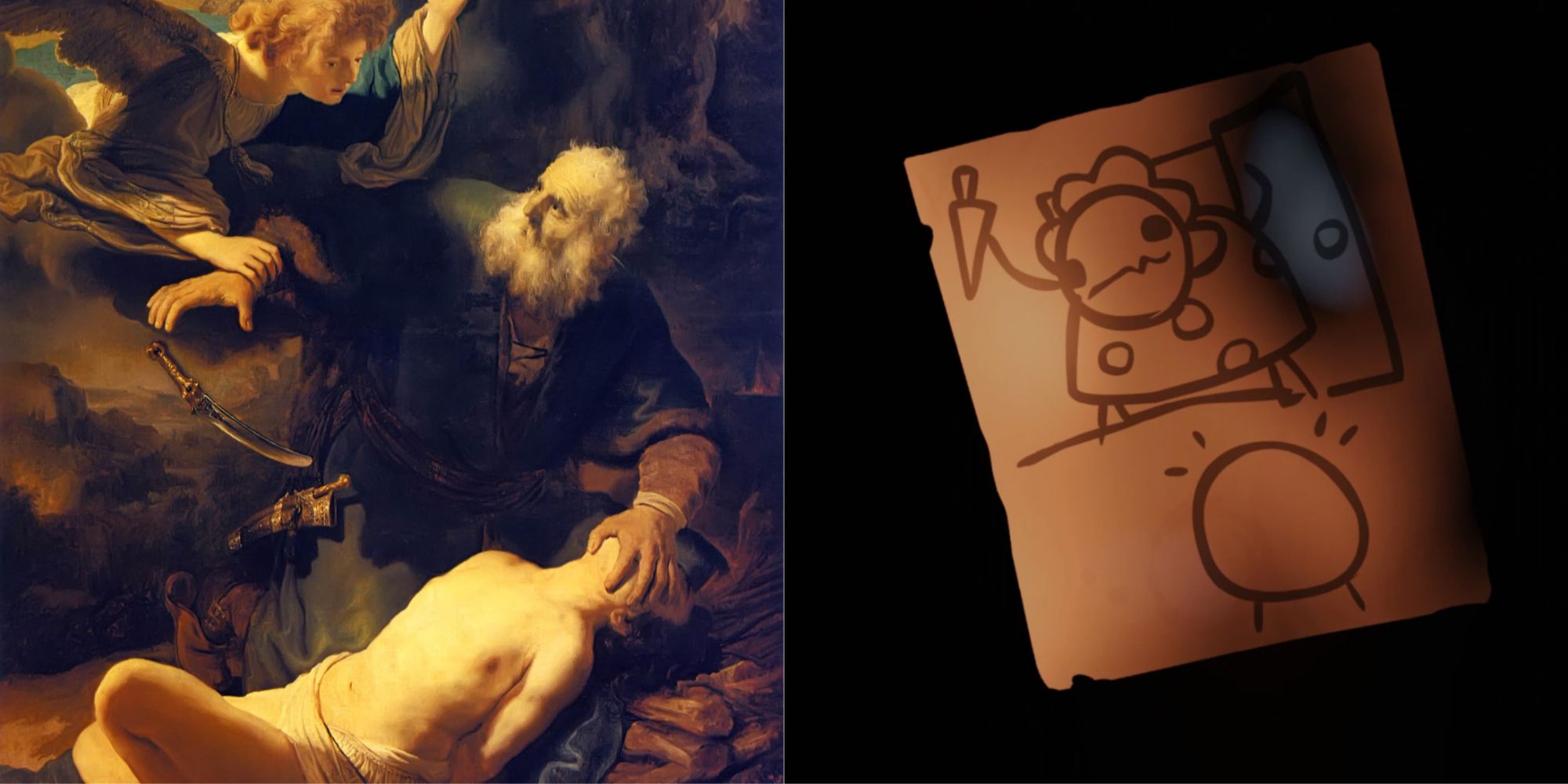 The story found in the twenty-second chapter of Genesis is called “the Akedah, the Binding of Isaac,” where God asks Abraham to sacrifice his son, Isaac, to prove his faith and devotion.

The Binding Of Isaac: Rebirth is a roguelike that expresses the dangers of religious fanaticism through hundreds of hours of gameplay. You take on the role of Isaac, who escapes from his mother before his mother sacrifices him to God. 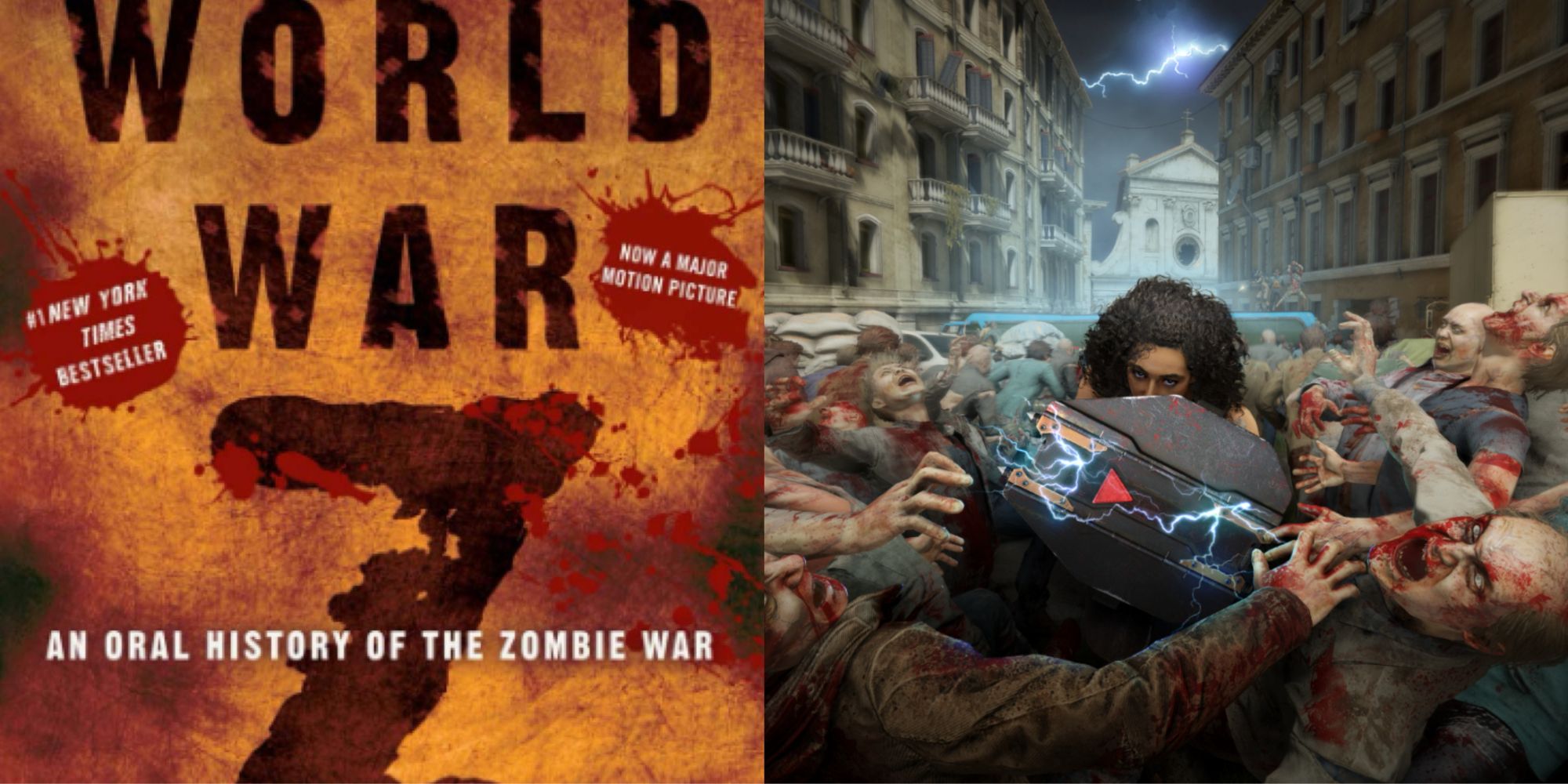 The original World War Z game and its evolved successor, World War Z: Aftermath, both use Max Brooks’ book material. They also set the games in the same universe as the 2013 movie starring Brad Pitt. The book, the movie (and its planned sequel), and both games are loosely related.

Aftermath takes place after the events of the book and has you following new stories of survivors throughout seven zombie-infested cities. The game features a new first-person mode and eight classes that make for a fun-filled zombie-killing romp.