The two holy grails of cozy gaming, Stardew Valley and Animal Crossing, have become a sort of social escape for many gamers over the years. They both offer a great way to relax and unwind with cute graphics, creativity, and easy-going objectives. While both games offer key differences, there’s a lot of overlap that brings you back for hundreds of hours of gameplay.

Both Isabelle’s and Penny’s quiet, joyful demeanor is a clear connection between the two. You can’t help but smile when you pass by them in both games.

8/10 Alex And Roald The Penguin 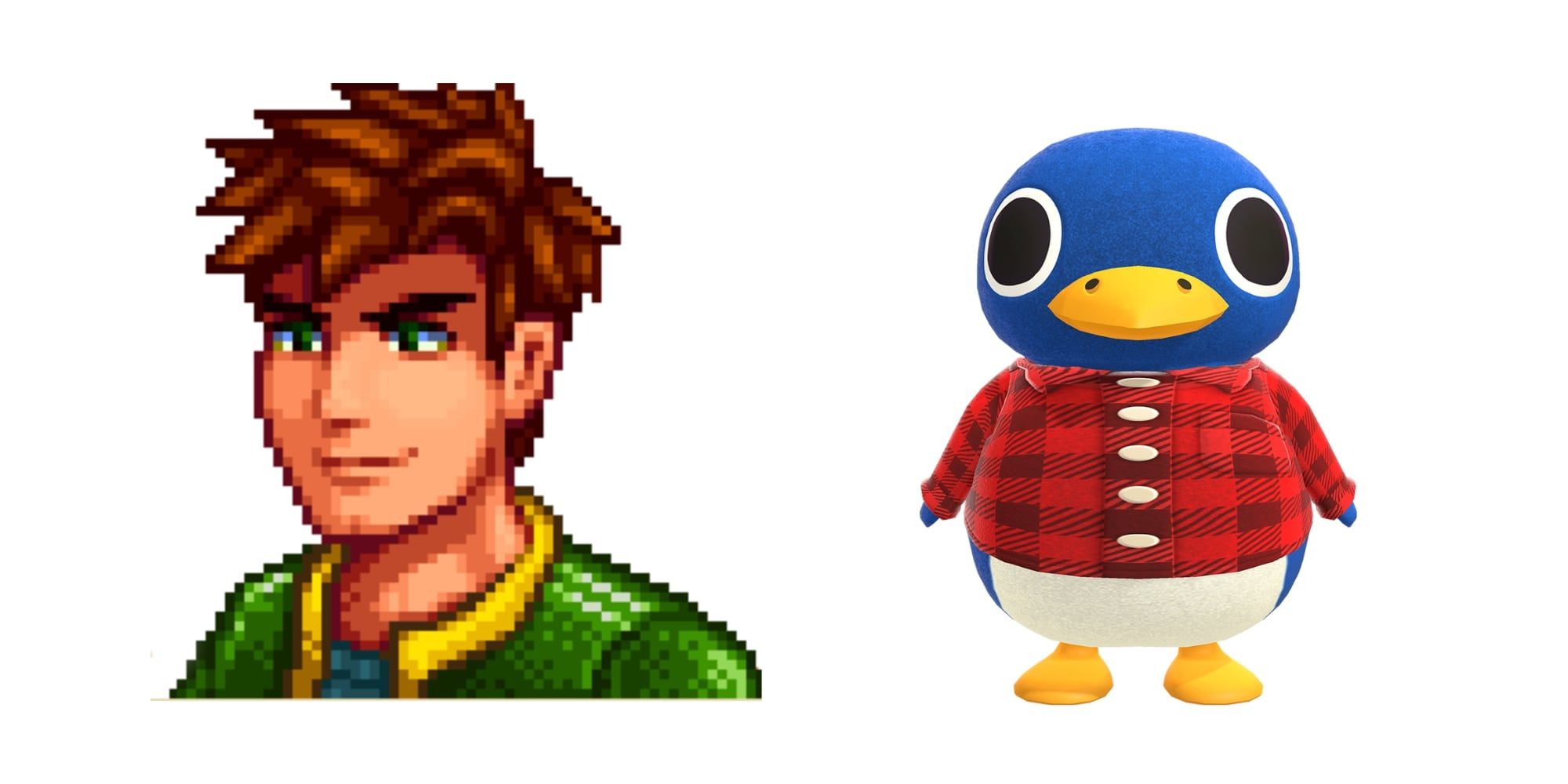 When you think of Alex from Stardew Valley and Roald from Animal Crossing, their athletic personality types might very well be the first thing to jump out. Both characters from their respective games are big on exercise and showing off their daring skills. Roald's jock personality and Alex's affinity for football make them a match in sporty heaven.

To test this theory, consider this quote: “I'm always at full speed, no matter what the weather is like.” Can you tell who said it? Probably not.

7/10 Shane And Ken The Chicken 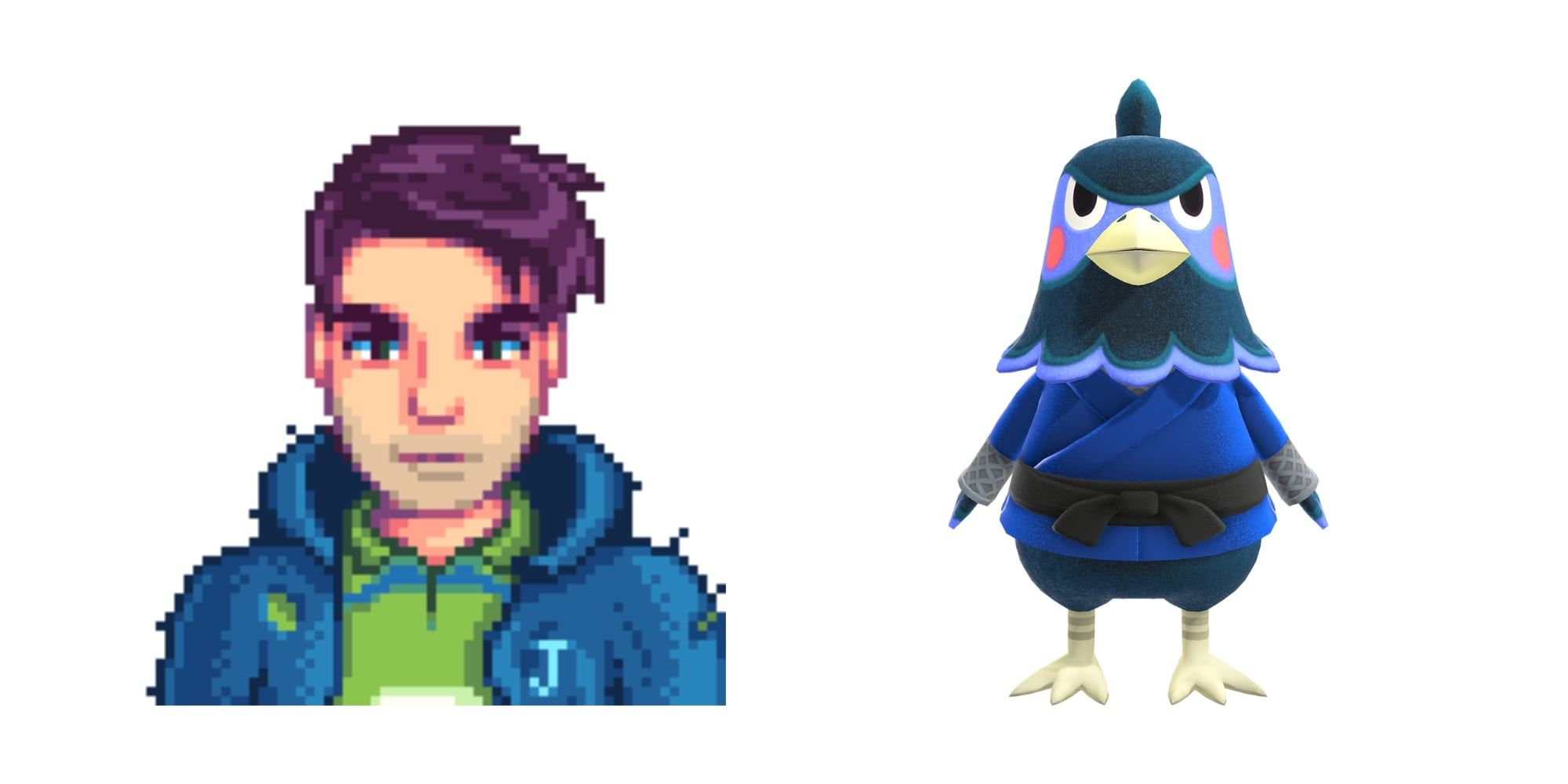 Revealed in Stardew Valley, the local town drunk, Shane, is shown to have an affinity for blue chickens. So what’s a better comparison than Animal Crossing’s Ken, the blue chicken?

The similarities don’t stop there, though. Both characters can come off a bit smug and arrogant at first. It’s not until much later, after many high-handed pieces of dialogue, that their true personality shines through. In fact, their presence soon becomes a loved one. Forging that friendship is a worthwhile endeavor, indeed. 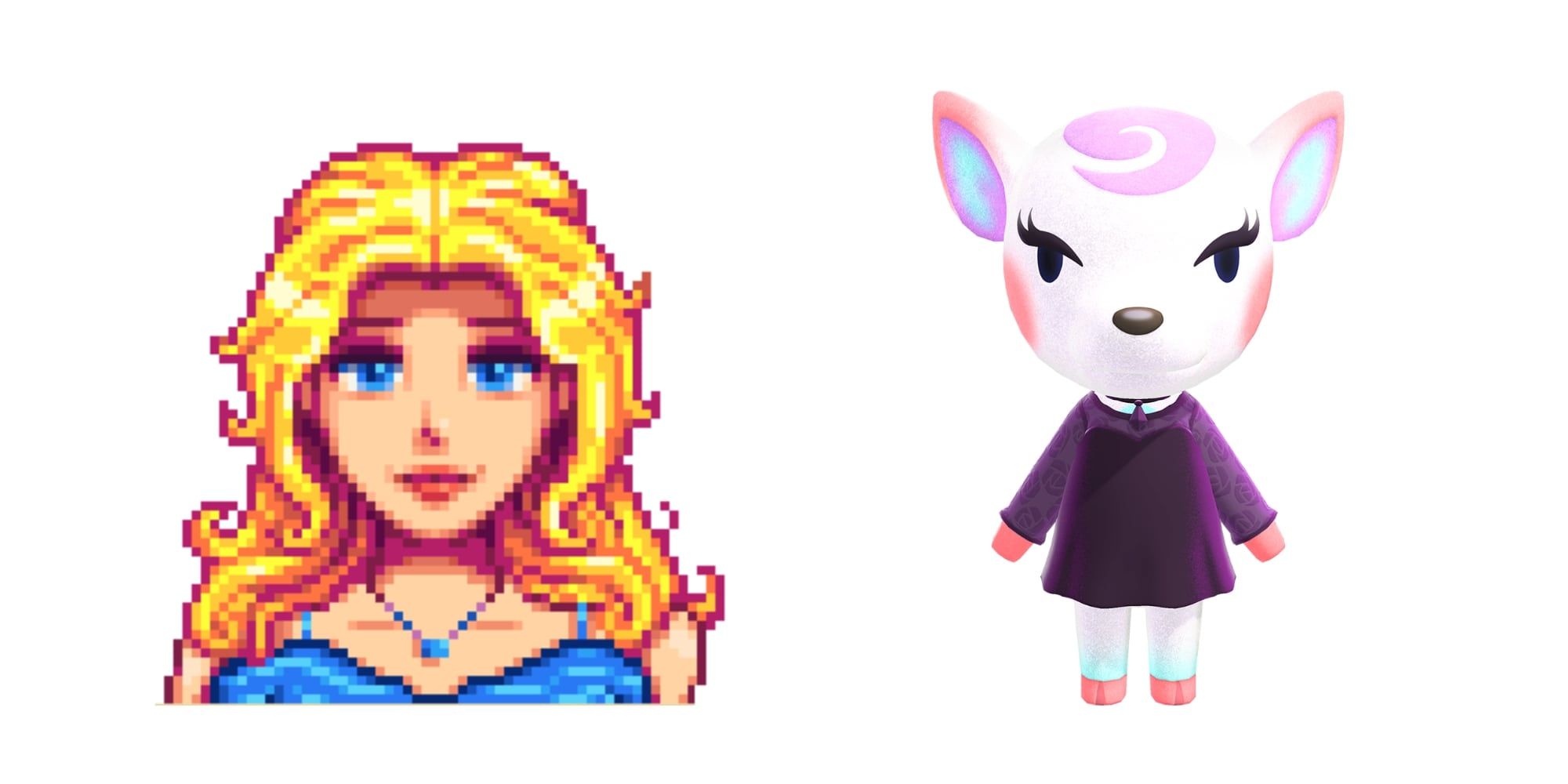 Snooty Animal Crossing characters tend to be a tad self-centered, but if you talk to them often enough, they open up and become kinder, sometimes even giving you a lesson or two in fashion. This is parallel to Haley’s storyline, where gaining her friendship opens up much friendlier dialogue.

5/10 Lewis And Tortimer The Turtle 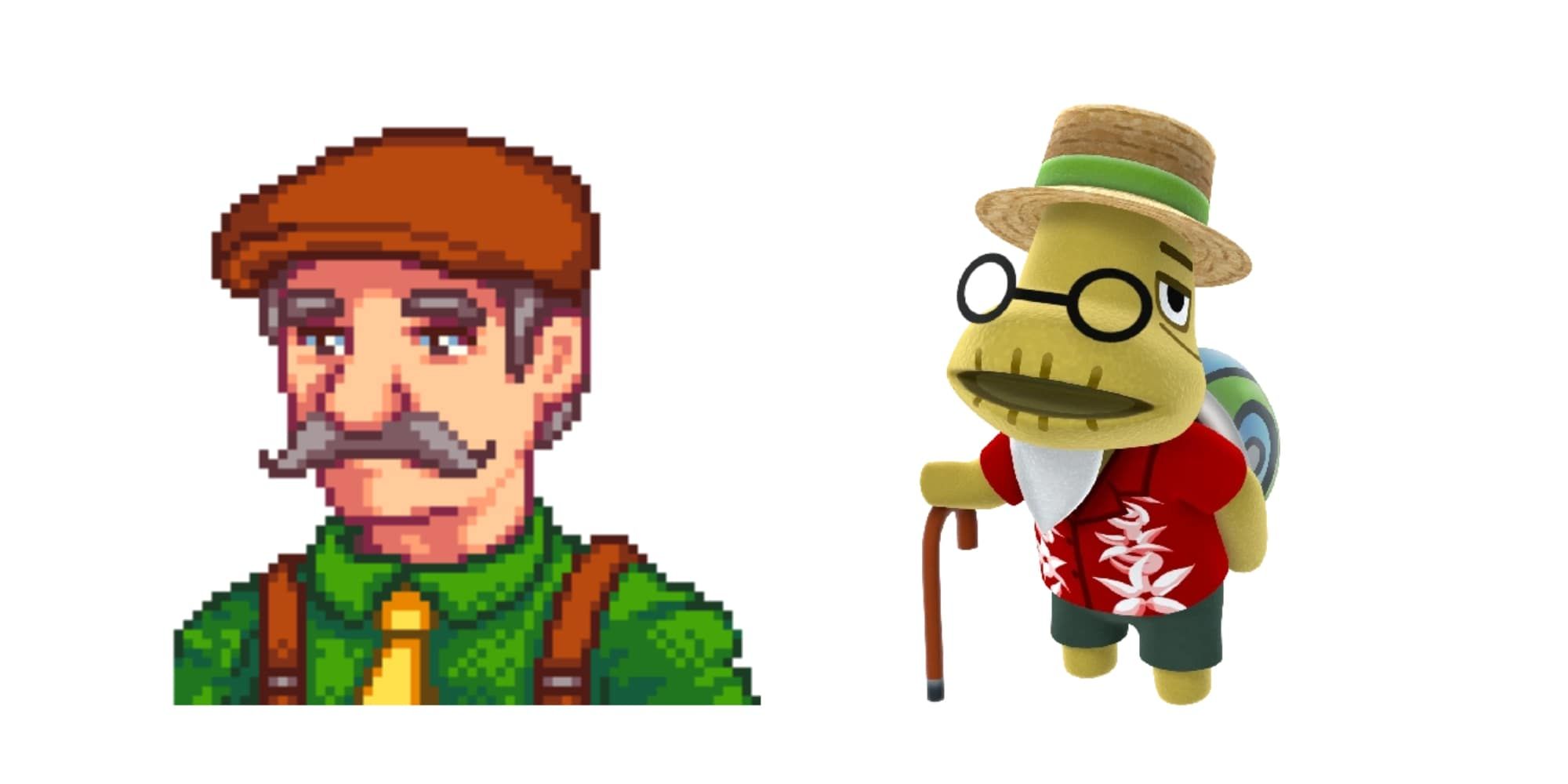 Oh, the mayors of Stardew Valley and Animal Crossing. Both characters are well-known figures around town. While Tortimer is retired, he sure has spent many of the past Animal Crossing titles at the forefront of your gameplay. Of course, Lewis is always out and about Pelican Town.

What don’t the two have in common? Both characters have a deep love for their town, seem to love popping up to many of the local events, and oftentimes drop random gifts to you. Though, we don’t believe Tortimer has a secret lover like Lewis does, but hey, who are we to assume? 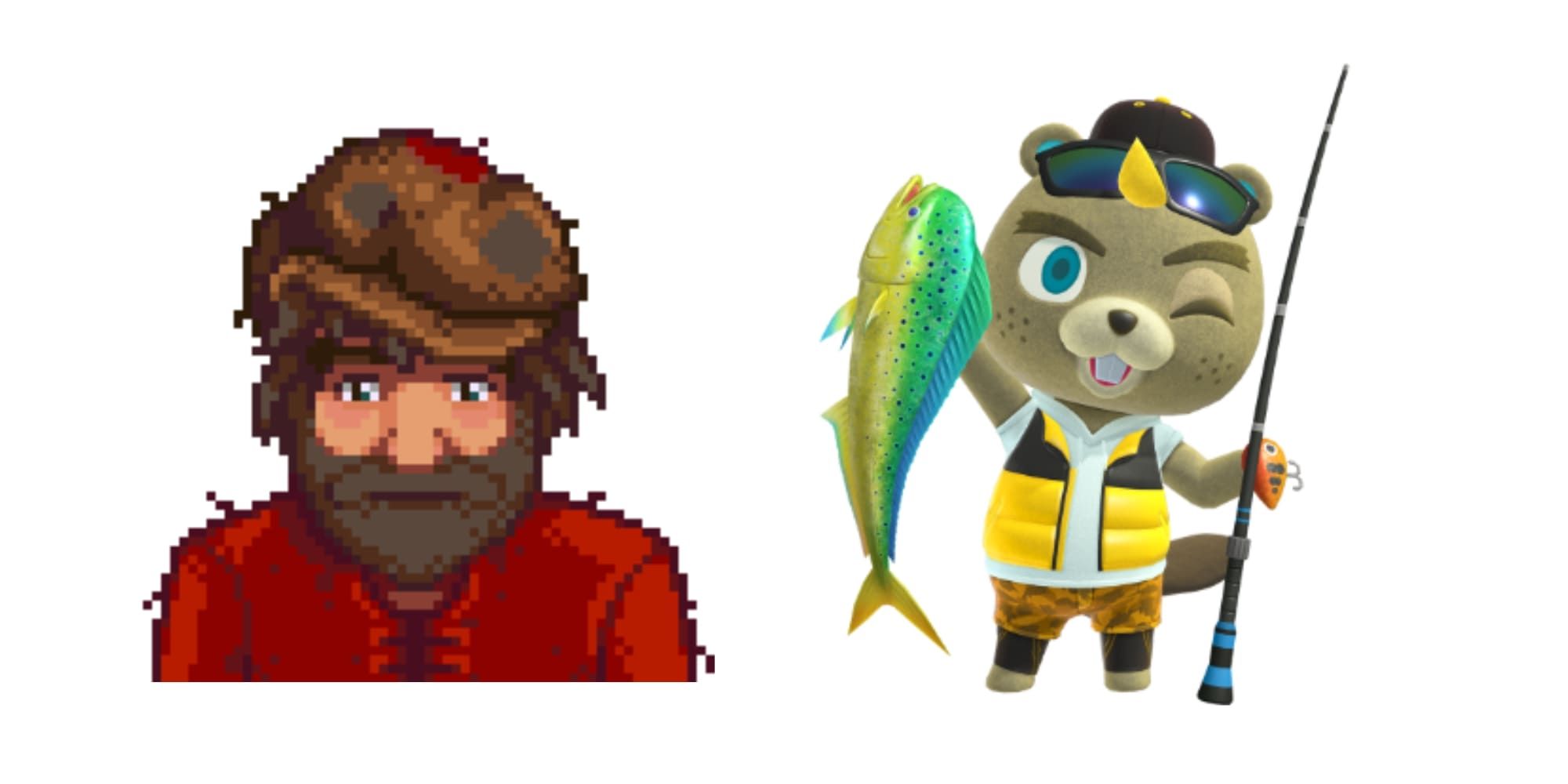 You likely recognize the local fisherman from both games. Stardew Valley has the reliable Willy and Animal Crossing has the spunky C.J. Both characters can always be seen with a fishing pole handy and a desire to talk all things fishing at the drop of a hat. Capturing fish and selling them to either character is a surefire way to make a quick buck, or well, bell.

They both have a passion for their hobby, and their love for fishing is truly infectious. They'll make you want to spend all your free gaming time out by the sea, though you're already probably doing that.

3/10 The Desert Trader And Saharah the Camel 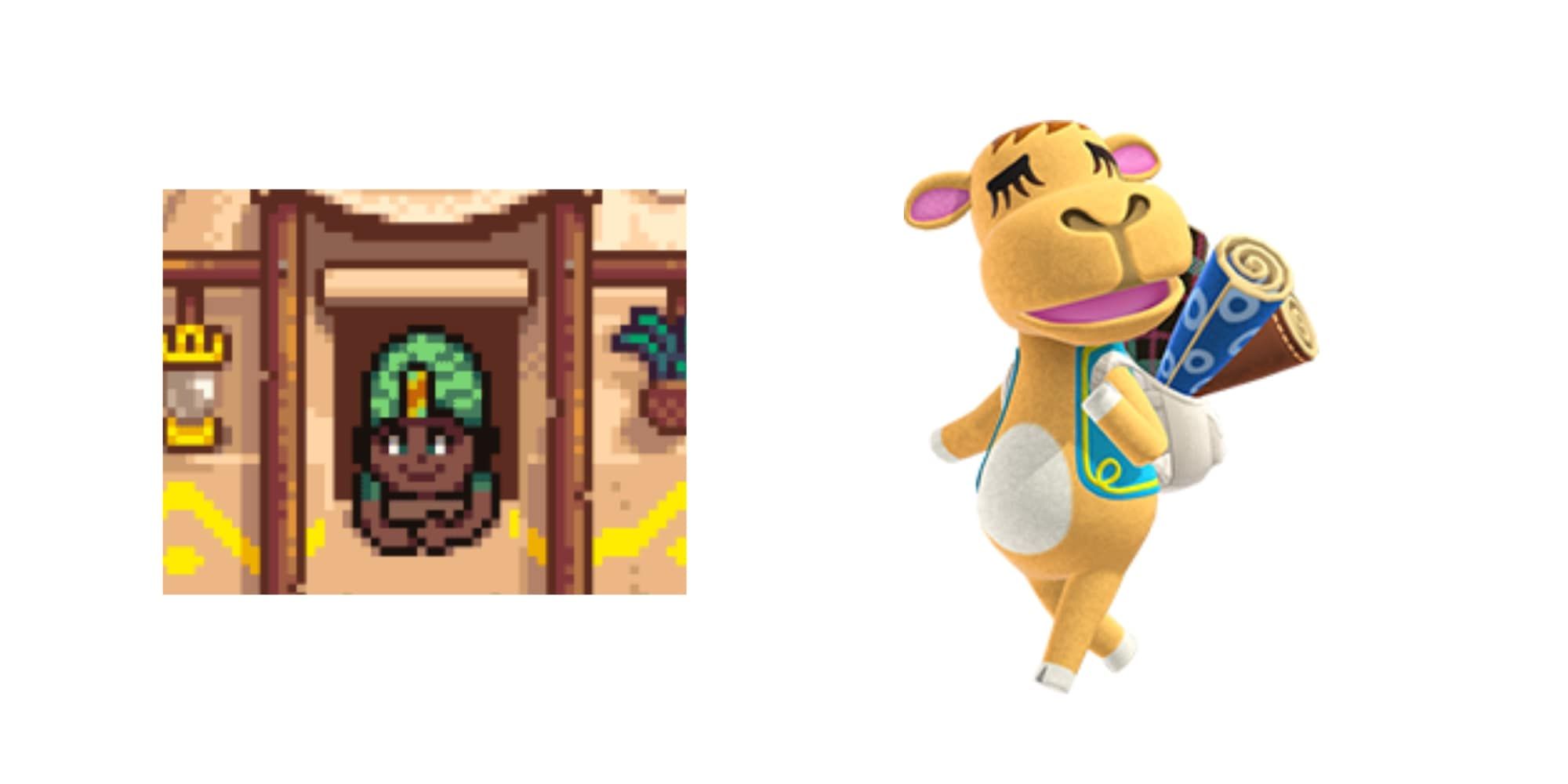 Who comes from far away, sandy lands and sells goods you can’t get anywhere else? Well, that’ll be the Desert Trader from Stardew Valley and Saharah the camel from Animal Crossing. What makes both these choices unique is that neither’s background is well-known, and they remain a compelling mystery.

They are always a welcome character though, as their offerings are unique and special in their respective games. It's hard not to spend away your hard-earned valuables on these two.

2/10 Gunther And Blathers The Owl 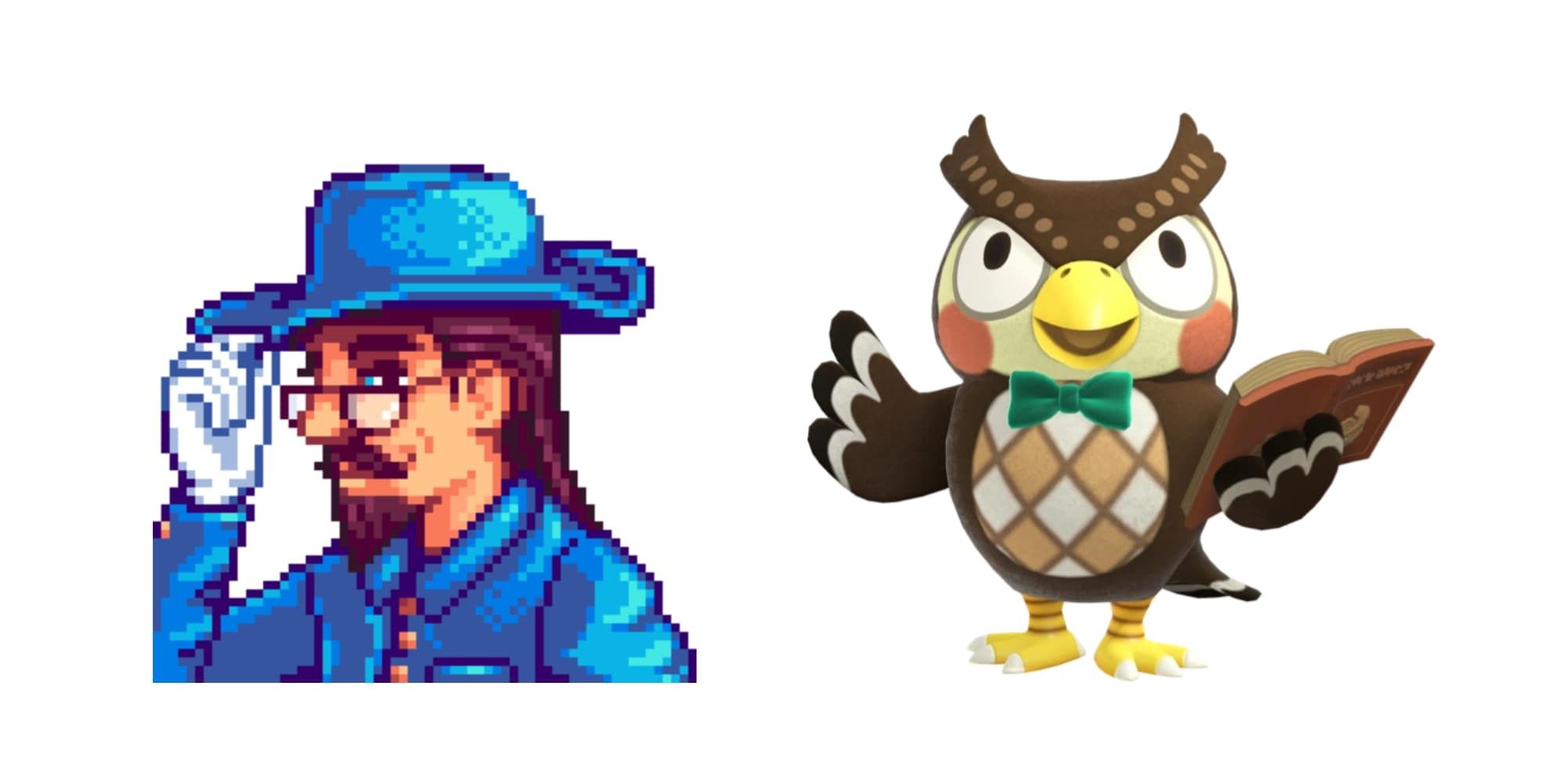 Fancy a trip to the museum? You're likely familiar with these museum-dwelling intellects. Our beloved museum curators are two you’ve likely spoken to dozens of times attempting to complete a collection. Both Gunther and Blathers are intelligent, passionate guardians of historical artifacts and are well-read about the town’s local oddities. We could click through their dialogue for days.

Whether you’re handing away that prismatic shard you’ve struggled to get in Stardew Valley or finally donating that T-Rex skull in Animal Crossing, these characters are always reliable.

1/10 George And Apollo The Eagle 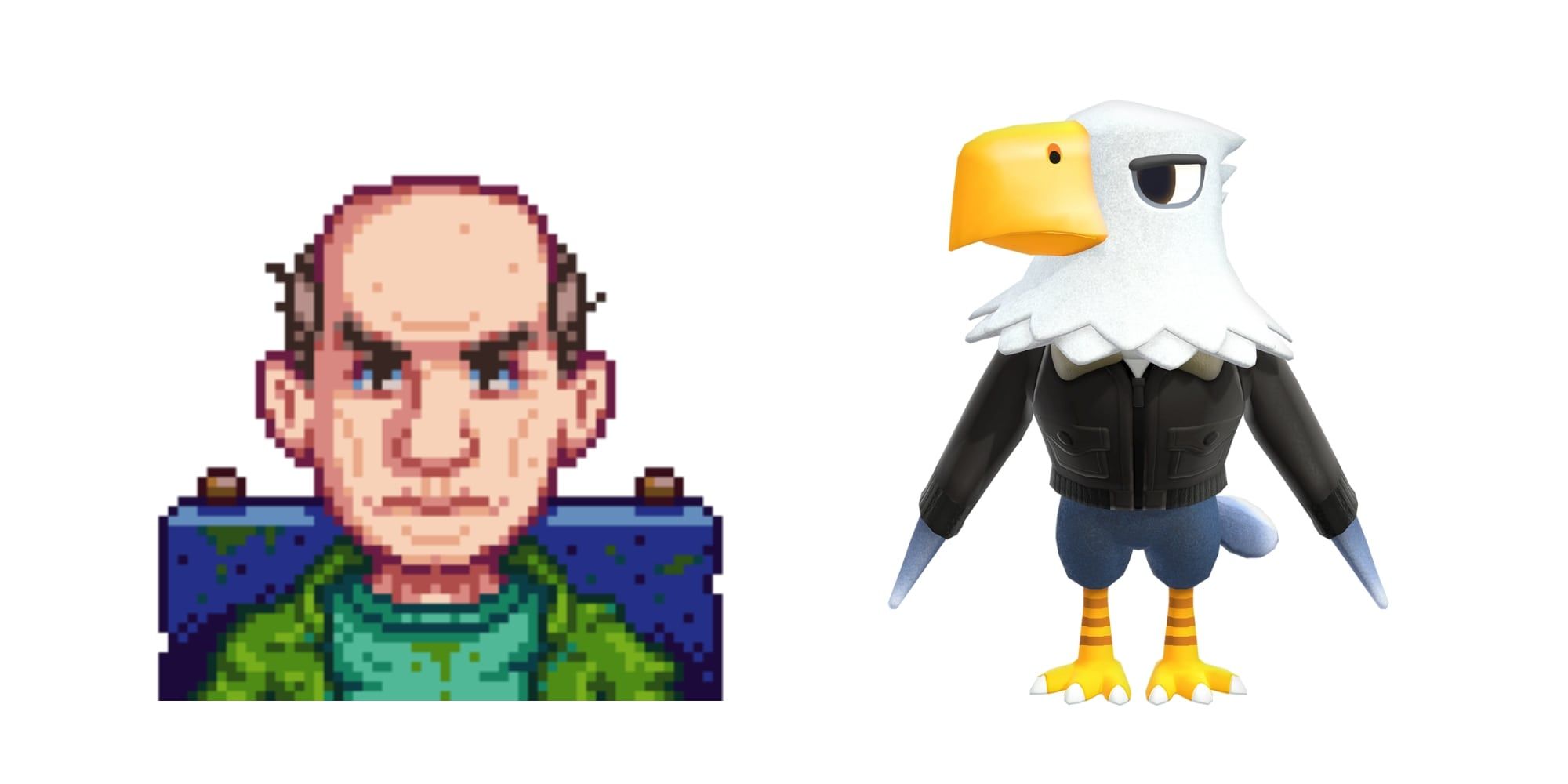 In Stardew Valley, George is an older gentleman who is a bit of a grump with a secretly kind heart. The perfect counterpart for him is of course a cranky Animal Crossing villager. Apollo the eagle is a great fit. Apollo’s sometimes ill-tempered demeanor and dialogue can almost seem like you're speaking to Stardew Valley's George. You'll be asking yourself if you clicked into the wrong game by accident.

Being friendly with either can be a small challenge at first, but it is worth it in the end. Over time, both can become your greatest pal.