10 Things We Wish We Knew Before Starting Pokemon TCG Live

Released for both PC and mobile devices, Pokemon TCG Live is an easy and accessible way for new players just starting on their trading card adventure to learn how to play and for veteran players looking for competitive play. With every new addition to a series, there are a few things that all players should know before getting started.

10/10 Transferring Your Collection Is Permanent 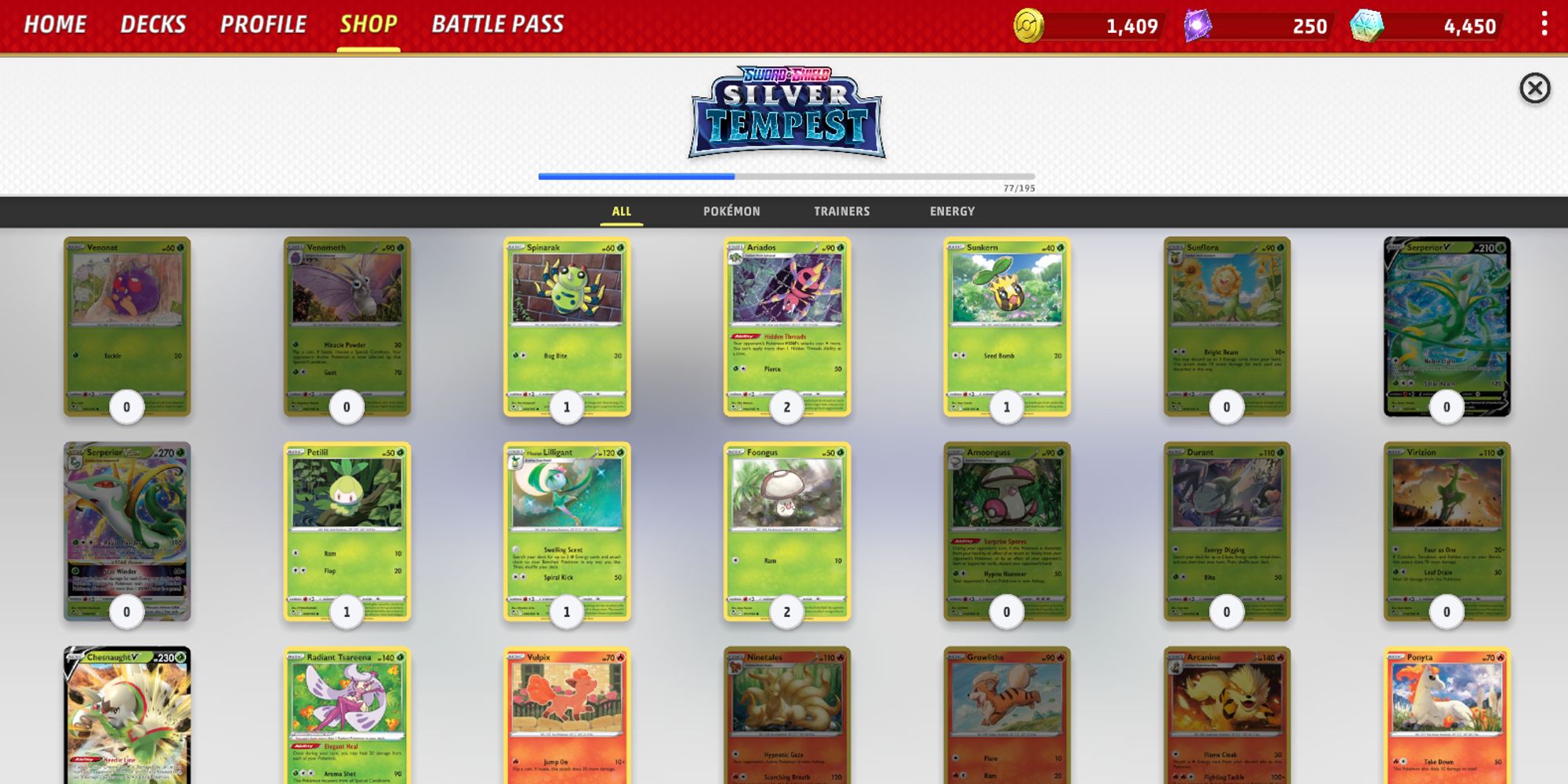 Right after logging into your Pokemon account for the first time, you are prompted to transfer your Pokemon TCG Online account to Pokemon TCG Live, which sounds like a great idea. It may be tempting to skip over the fine print, but if you transfer your collection you need to know that it is a permanent transfer.

You will also be permanently locked out of Pokemon TCG Online, losing access to exclusive collectibles and items on that client. Keep in mind too that decks that you might have made will be lost unless you export them before transferring your account. 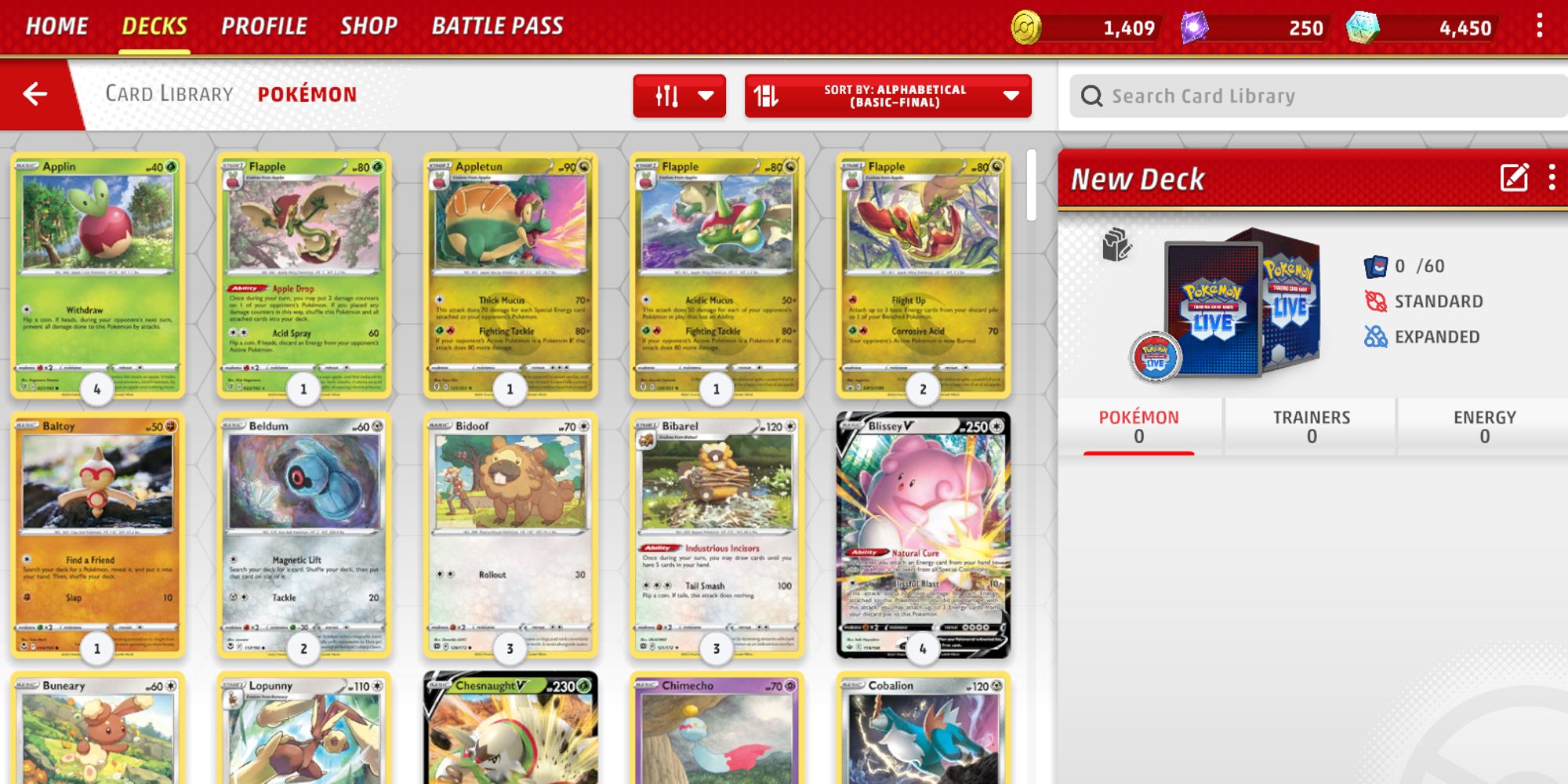 The limitation comes in with ACE SPEC, Prism Star, and Pokémon Star cards, where only one will transfer over. Same with each part of a Pokemon V-UNION card. The other odd restriction comes with basic Energy cards, which only 59 copies will transfer.

8/10 You Can’t Use Real Currency To Buy Packs 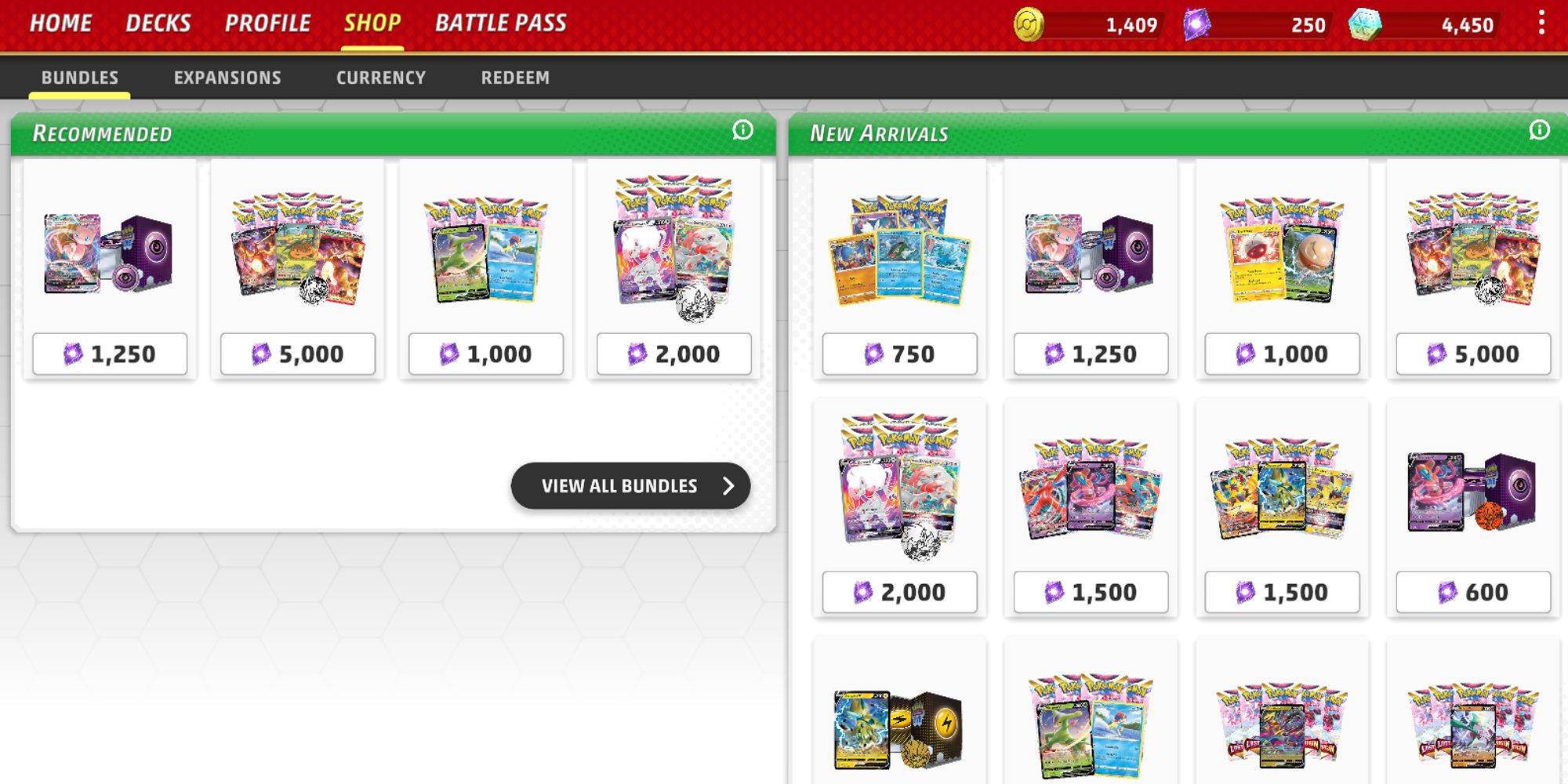 This shouldn’t be much of a surprise to older players, but you cannot spend real money on the Pokemon TCG Live game client to purchase packs, decks, or accessories. There are still plenty of alternate ways to acquire cards and purchase decks, but you cannot do it directly by spending money.

While Pokemon TCG Online is also prescribed to this method, it certainly follows the model of other major digital TCGs where it encourages you to spend more time playing than buying your way to the top.

7/10 There Are Three Types Of Currency 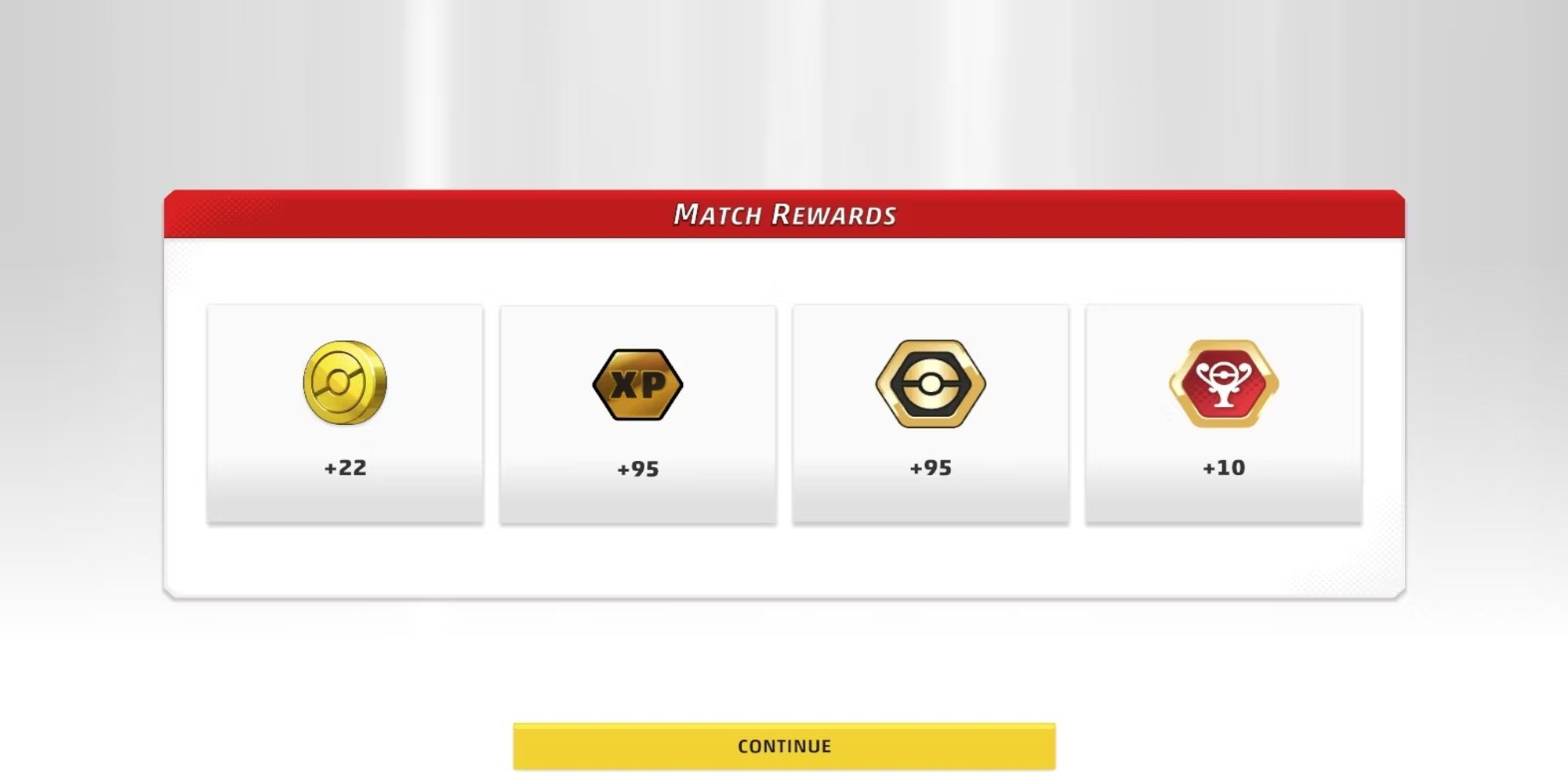 It can be a little overwhelming to see all the different types of currencies that you need to keep track of in Pokemon TCG Live. There are gold coins, which you can earn through battling, completing quests, and leveling up. These coins can be spent on accessories for your decks and that’s about it. Then there are credits, which can be earned by leveling up and reaching higher tiers through the Battle Pass. If you collect cards past the four-card limit the extras will also be converted into Credits, which can be used to craft new cards.

Finally, and most importantly, are Crystals. This is the most valuable currency and is also gained by leveling, completing quests, and reaching higher Battle Pass levels. You can unlock more Crystals by purchasing the Premium Pass of the Battle Pass, but doing so requires Crystals in the first place, so you might not be able to pick it up right away.

6/10 You Can Still Redeem Codes From Packs 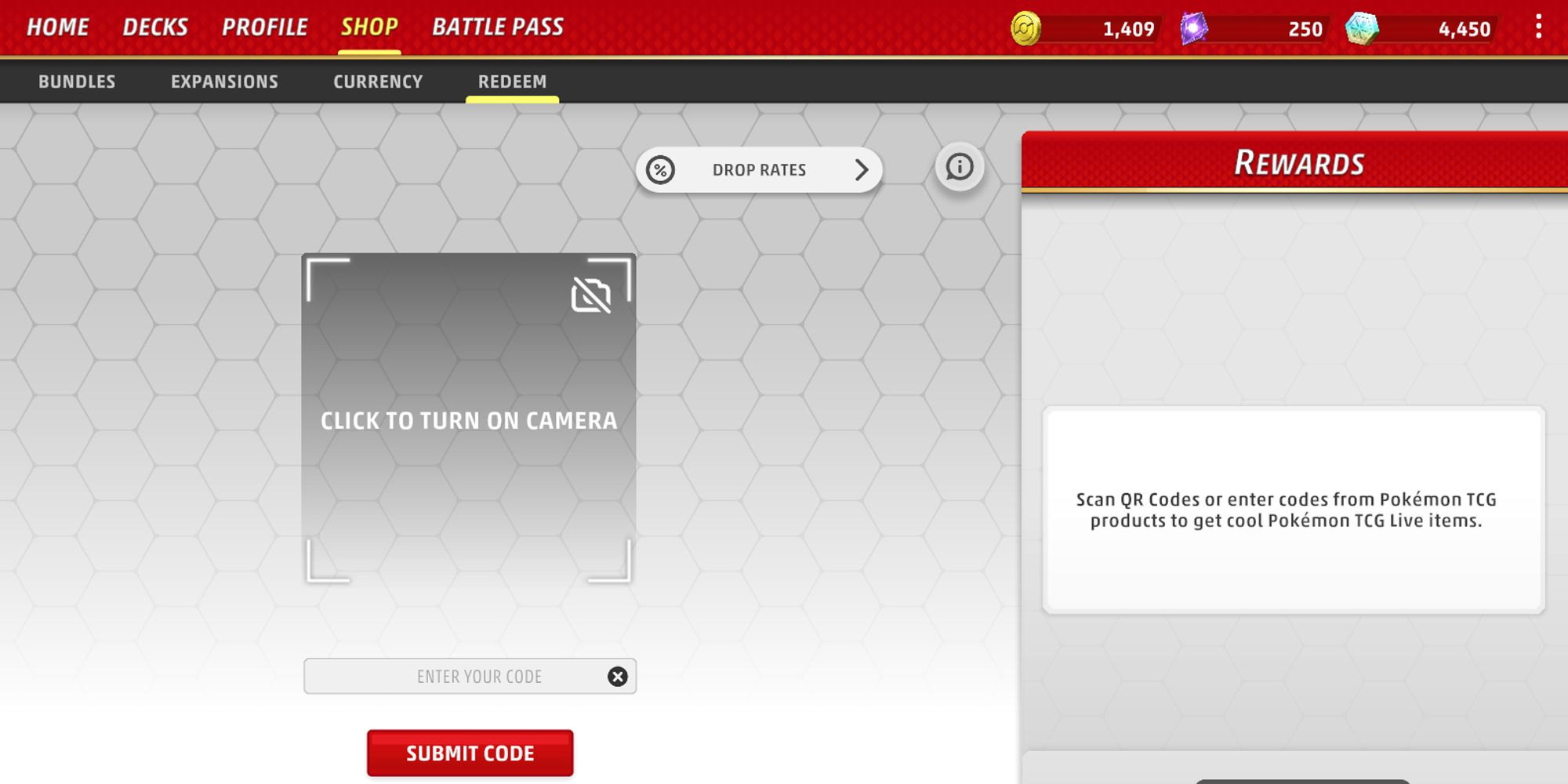 One of the best ways to earn new cards in Pokemon TCG Live is by redeeming Code Cards from packs. These cards can be found in physical Pokemon TCG packs and come with both a QR Code and a string of characters unique to that card. Either scan the QR Code or type it in and you will have yourself a free pack online.

There are plenty of ways to acquire these codes without having to buy hundreds of packs on your own and redeeming a lot will give you plenty of cards to start building your decks with. 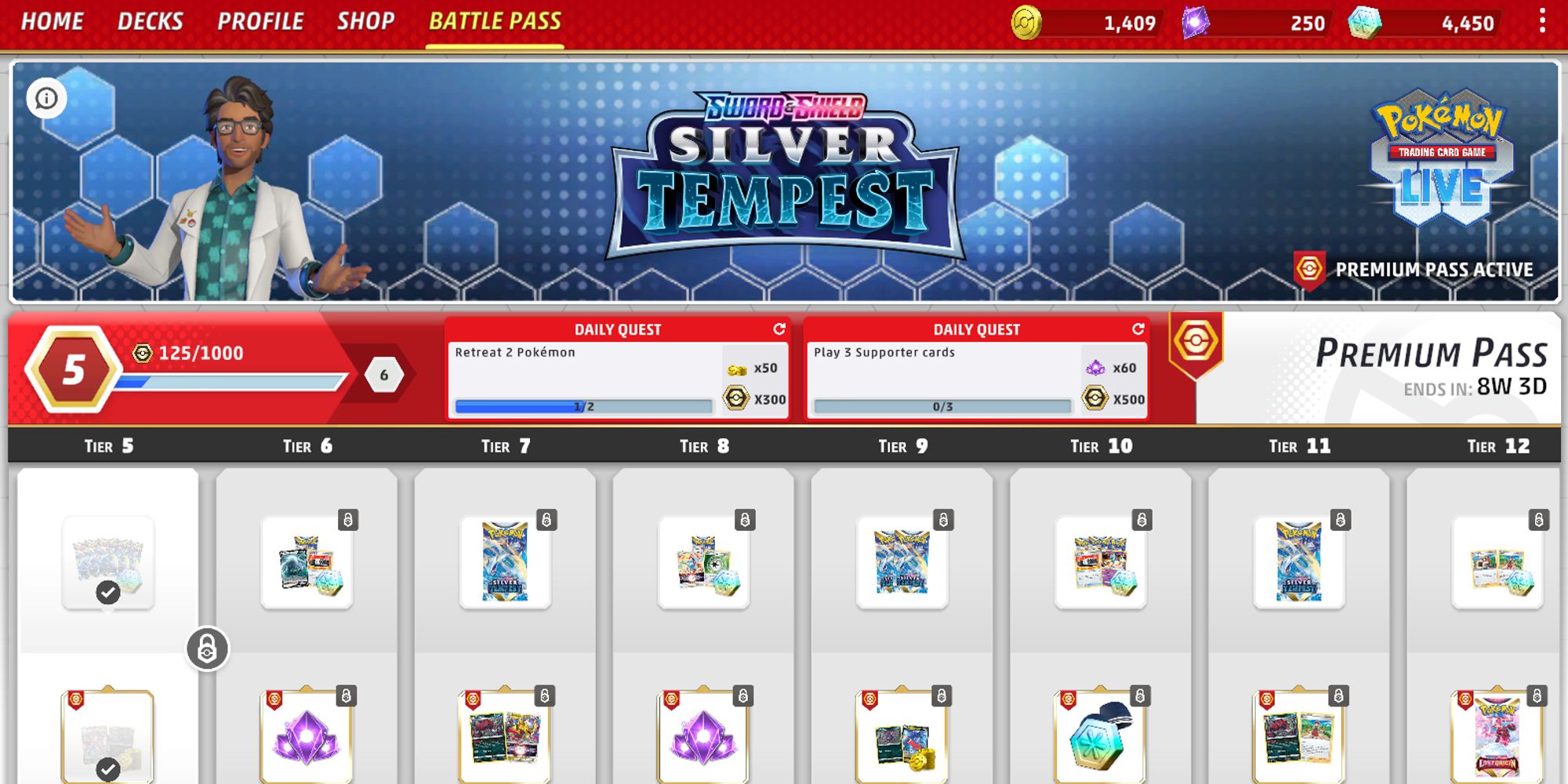 Briefly mentioned earlier, the Battle Pass is one of the best ways to earn new cards and Crystals in Pokemon TCG Live right now. Along the free track of the Battle Pass players will find rewards like free packs, credits, decorations, and more.

Typically a new player will start with around 500 Crystals to spend however they please in the Shop. However, if you hold on to those Crystals and gain a hundred or so more, you can unlock the Premium Pass which grants more Crystals, Credits, packs, individual cards, and more. As soon as you sign up you also earn the Regidrago VSTAR preconstructed deck to start playing with.

4/10 Battling With Friends Is There, But Hidden 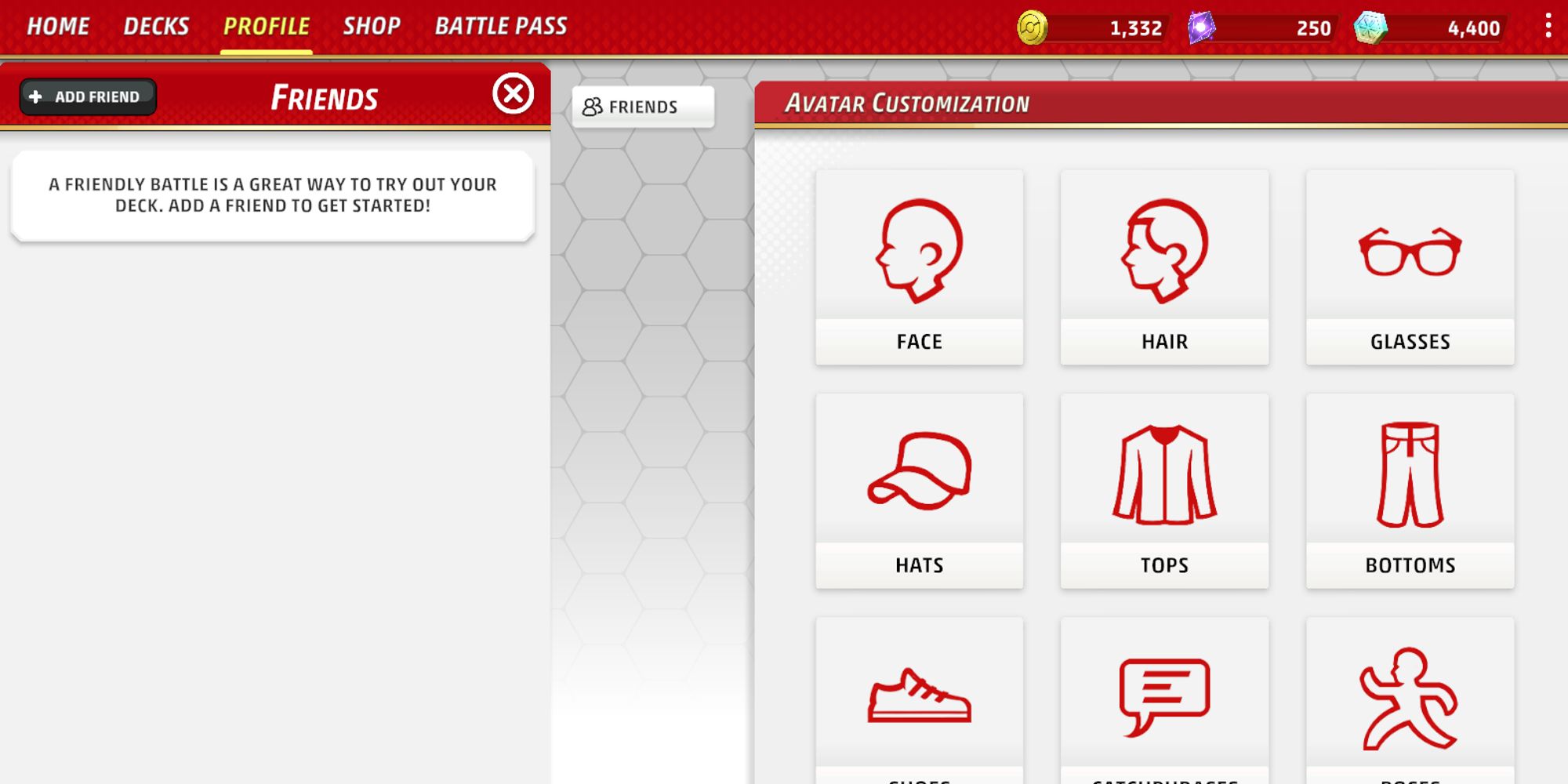 It’s not hidden that deep but it did require some outside assistance before the button even became noticeable. In the Profile Page, just to the left of the title that says "Avatar Customization," you’ll find a small button that says "Friends". From there you can add or remove friends and battle them with your decks.

Keep in mind that none of your friends will transfer over from Pokemon TCG Online, so make sure you contact your friends there first before transitioning over.

3/10 You Can View Your Collection From The Shop 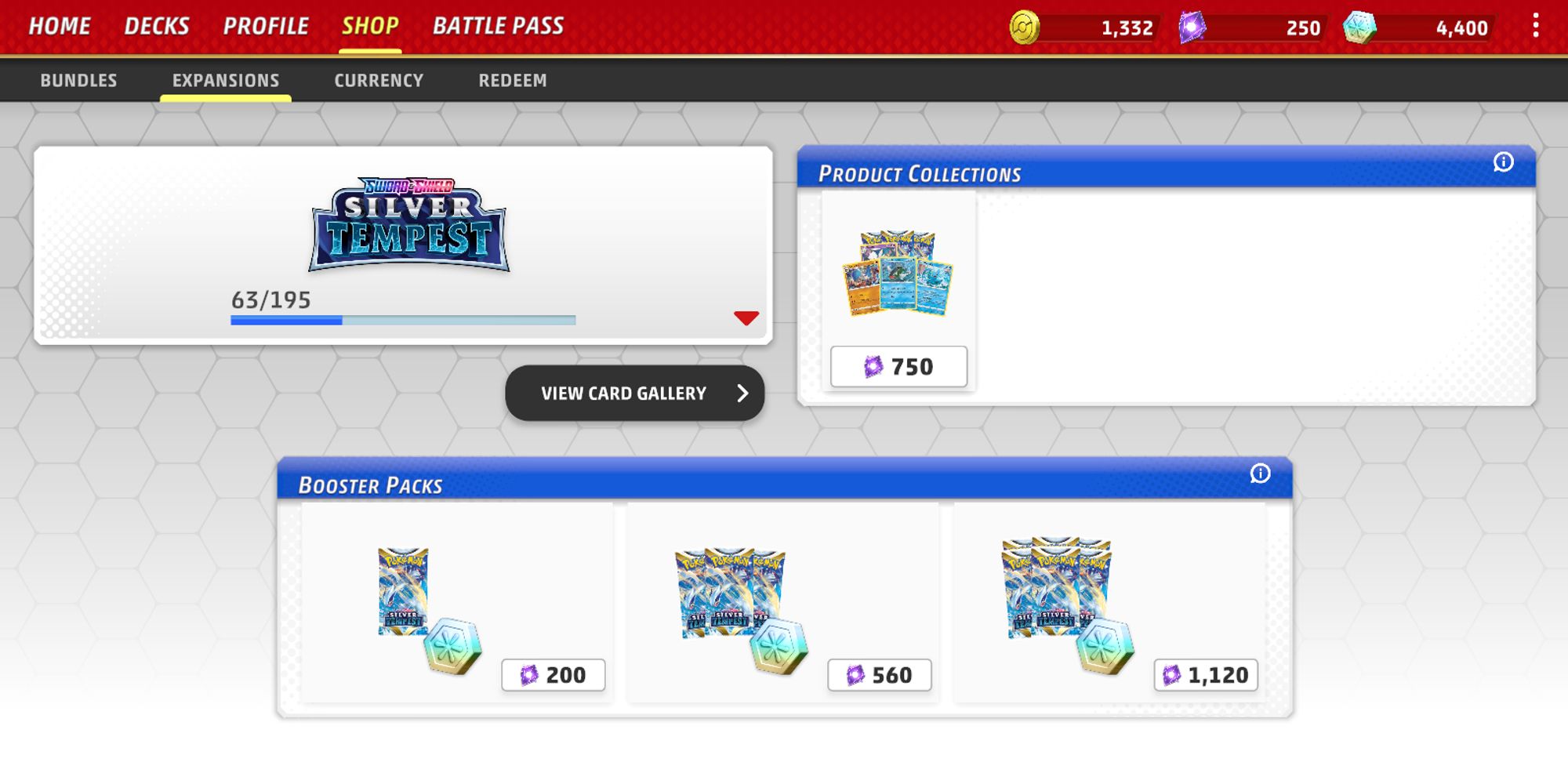 One of the weirder design features is to have your collection accessible from the shop. Once at the shop, go ahead and click on the Expansion tab just under the Profile button. You will be given the chance to change the set you’re currently viewing by clicking on the set’s logo. By clicking on the "View Card Gallery" button below the set logo, you’ll be taken to another screen where you can view the cards you currently own and which cards you still need. 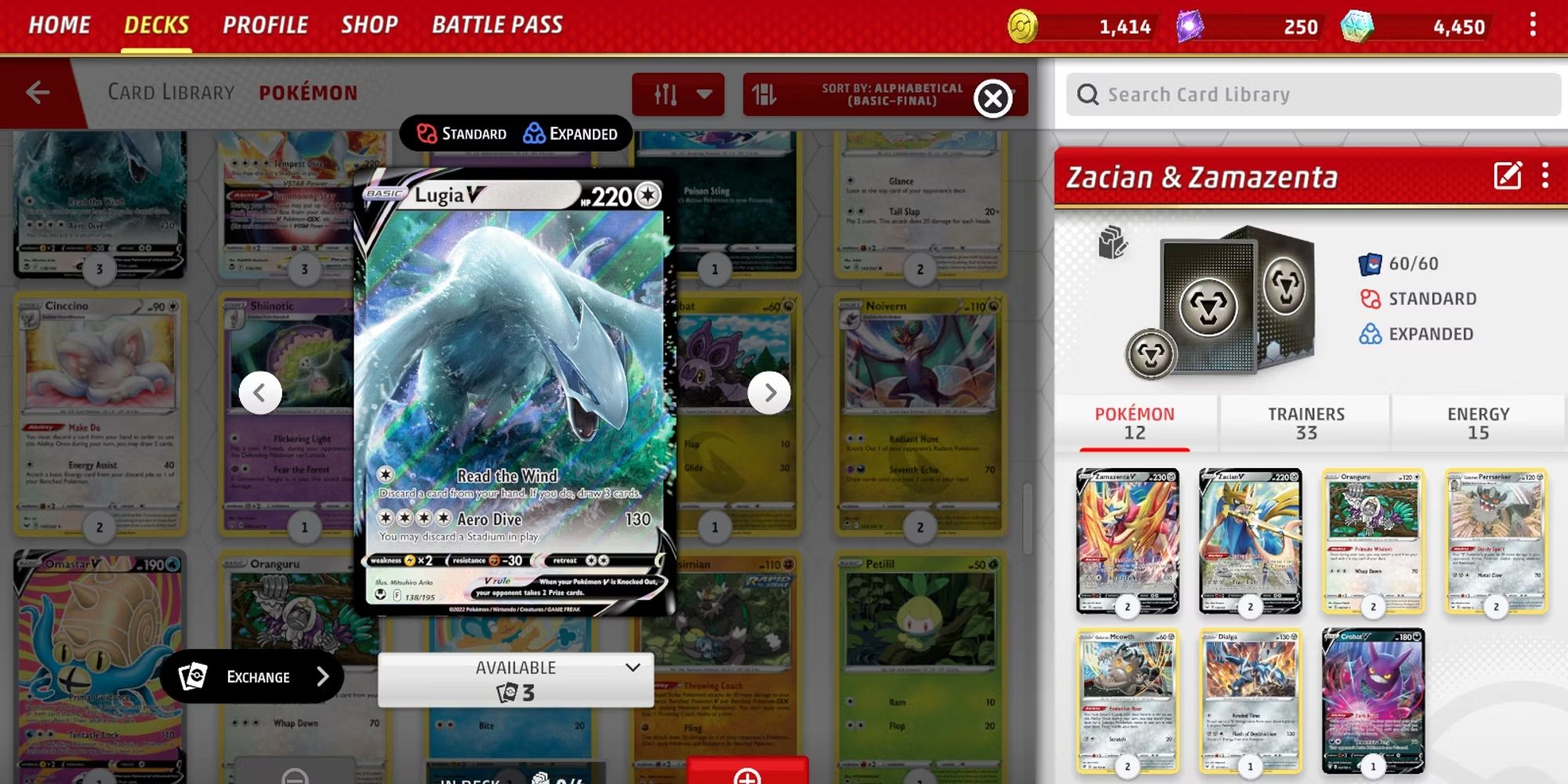 Despite having a friends list built into the system, Pokemon TCG Live has opted to remove trading between players. This system was fairly robust on Pokemon TCG Online and allowed players to trade away either unwanted cards or packs in place of new, more desirable cards. This time around it seems that there are no ways available to trade your cards among friends.

It is unknown if this feature will be returned later or if some other system will be released to replace it. 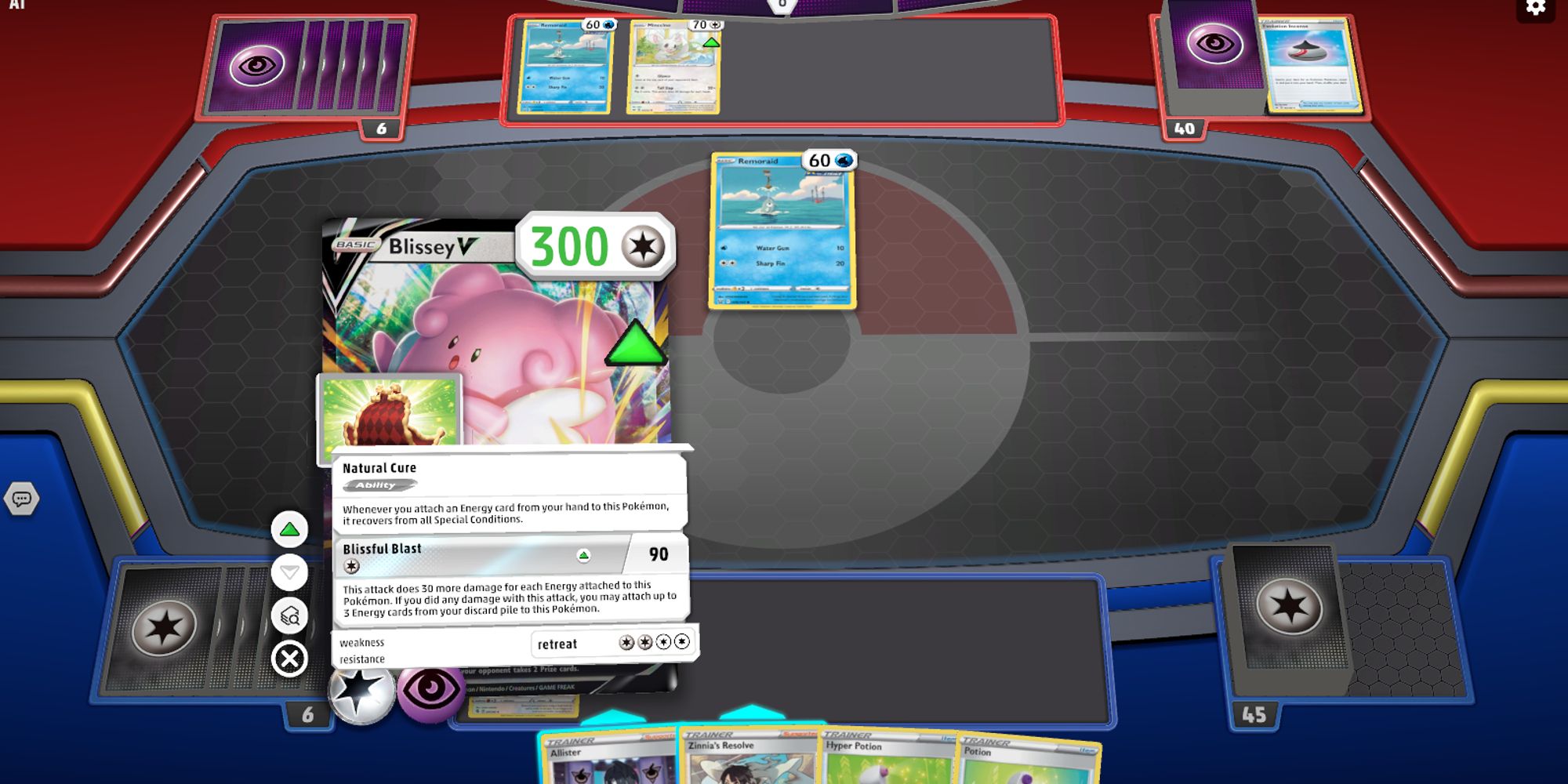 If you’re looking to make an impact on the metagame and start tackling the ranked list, then look no further than the Blissey V precon deck given to new players. Blissey V is a beefy basic colorless Pokemon that can attack for just one colorless energy. The attack by itself does just ten damage but it quickly puts up massive amounts of damage by adding 30 damage to the attack for each energy attached to Blissey V.

Slap a couple of Powerful Energies on it to give it an attack boost and it can very easily take out most Pokemon with just one attack.