Minecraft is one of the most played video games out there because the sandbox experience gives you complete freedom to do whatever you want, whenever you want. There is no end goal in the game. What you want to achieve is completely up to you, but after a while, you might be looking to spruce up your experience.

There are plenty of challenges you can give yourself in Minecraft that will make the game more fun and completely change the way you play. Here we explore the best Minecraft challenges that can improve the game. Just note that some of these challenges involve downloading popular mods, so you might have to install Forge to try them all out. 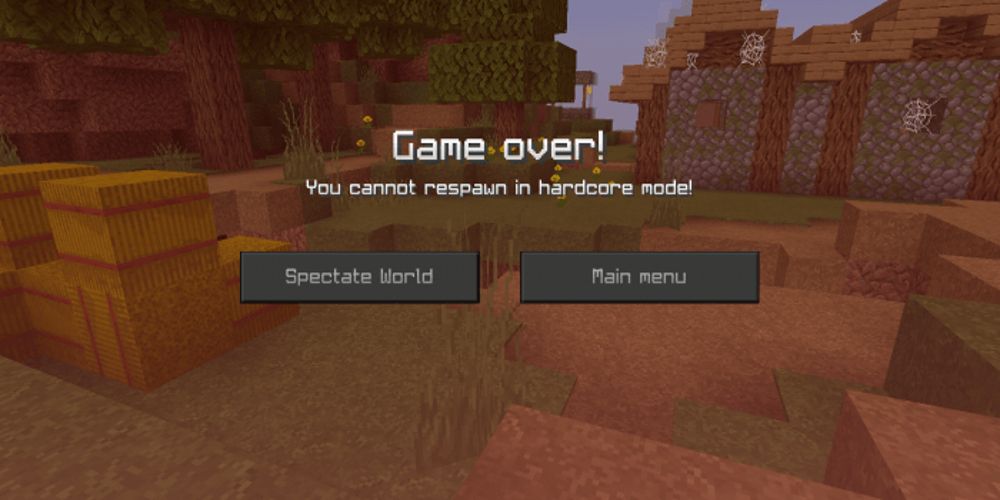 Hardcore mode is the exact same Minecraft experience you know and love, but with a big twist. If you die in the game, you lose everything. You won’t just respawn at your most recently set respawn point. Instead, you’ll only have two options after death: spectate world and delete world, which takes you to the main menu.

The difficulty in Hardcore mode is set to Hard and can’t be changed, so you can’t play the mode on a lower difficulty. It’s important to know everything about hardcore mode before you get into it because it’s not for the faint of heart. 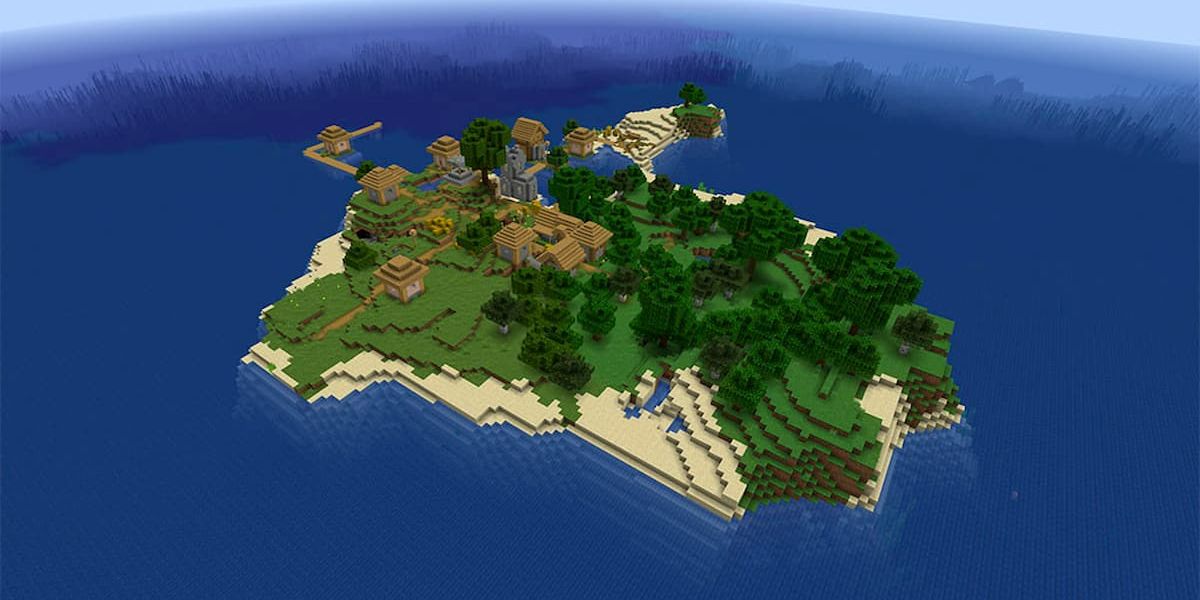 Survival Island is simple. You start on an island in the middle of nowhere and are not allowed to leave the island at any time. You have to do your best to survive on the island and live off the land. Some of the best seeds in Minecraft start you off on a small survival island.

At least you’ll never have to worry about being too far from home with this challenge. Other than that, it’s going to be tough sledding. Hopefully, there’s a cave on the island, so you can still mine and explore underwater caves. 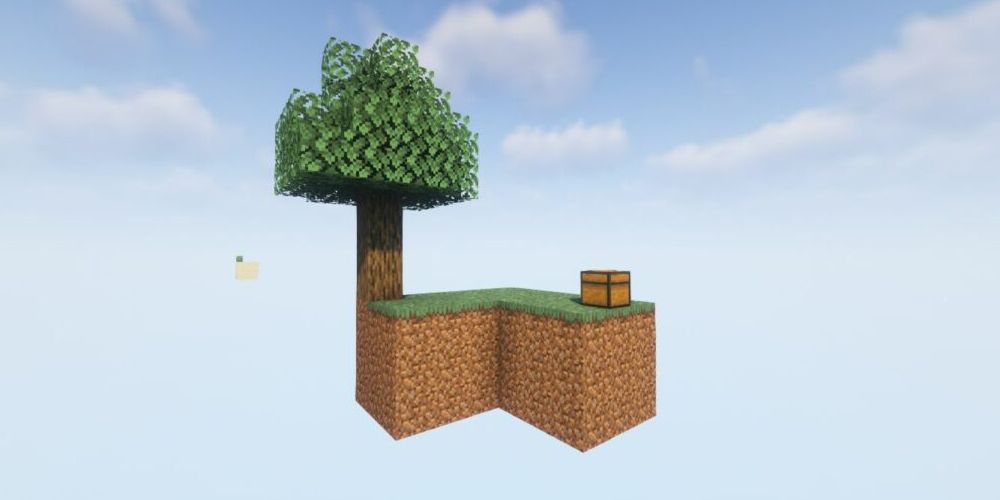 SkyBlock is one of the oldest mods in Minecraft and has been around for over ten years now. This mod starts you off on a small floating island with one tree and a chest containing just the bare necessities.

Inside the chest, you’ll find: a lava bucket with two ice to make a cobblestone generator, melon and pumpkin seeds, red and brown mushrooms, a bone, one loaf of bread, and a full set of leather armor. Your goal is to build outward to find other Skyblock islands, eventually challenging the Ender dragon. Once the boss is defeated, you’ve completed the challenge. 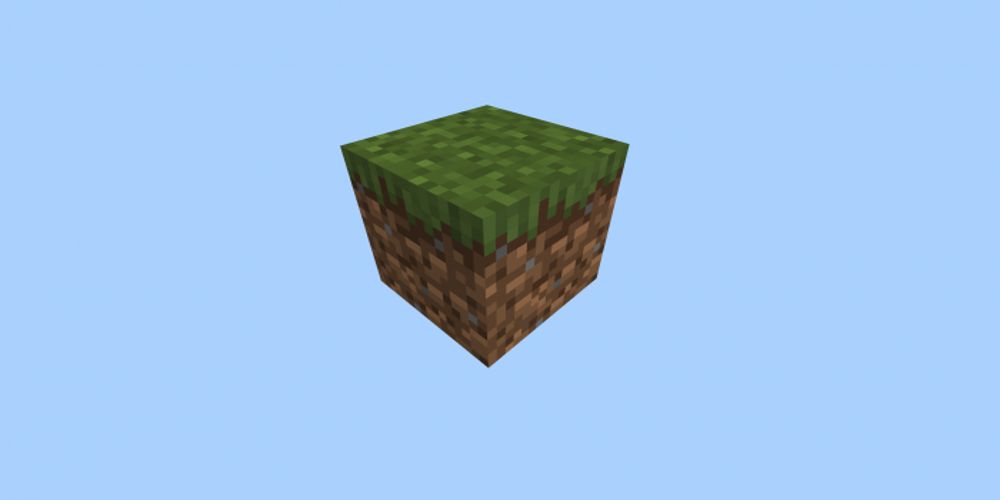 OneBlock is a mod that completely changes the way Minecraft is played. In OneBlock, you spawn in the air on a floating block. You can mine this one block over and over again, giving you basic materials that slowly improve over time.

As you go through phases, the block slowly upgrades to better blocks, chests, and even some new mobs. You can essentially build your entire world through the materials this block gives you. If you were ever frustrated with your randomly generated world, now you can create one from scratch. 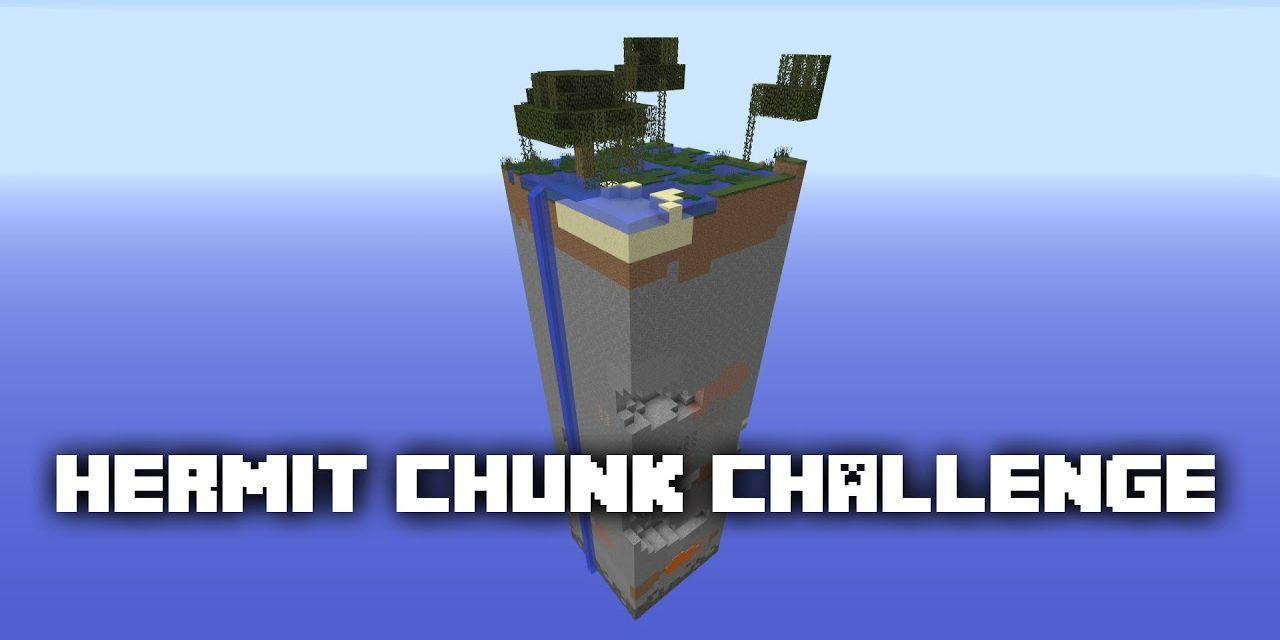 The Hermit Chunk challenge is another interesting take on survival mode. It’s a mod that spawns you on a single 16×16 chunk with nothing else. It may not look like it, but this one 16×16 chunk has everything you need to survive. You’ll find wood, a small cave, rare ores, and lava in this chunk. You'll even be able to go to the Nether and the End.

The goal is to play the game with those limited resources, eventually taking down the Ender Dragon. If you can defeat this boss with the gear you can craft from this island, you’re definitely a Minecraft pro. 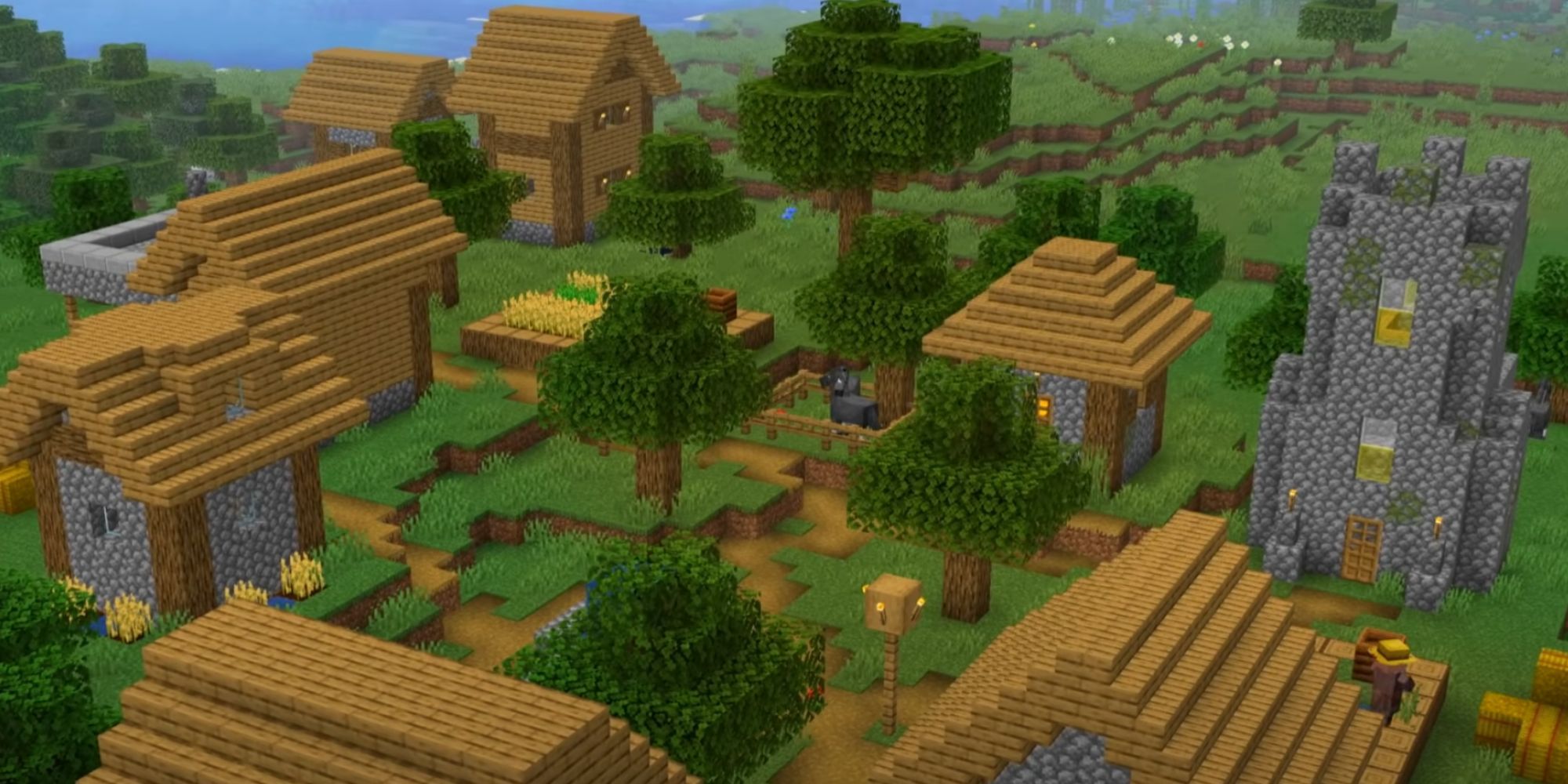 The city construction challenge is a popular survival challenge in Minecraft because it doesn’t require any mods. You simply start in a village and have to slowly transform it into a full-blown city. You will have to live in this city the entire playthrough, sleeping there every night and truly role-playing as a villager.

It’s going to take a long time to develop good relationships with the villagers and build new structures. In fact, there are many things you may not know about villages, so you’ll want to figure out exactly how they work before you get started. 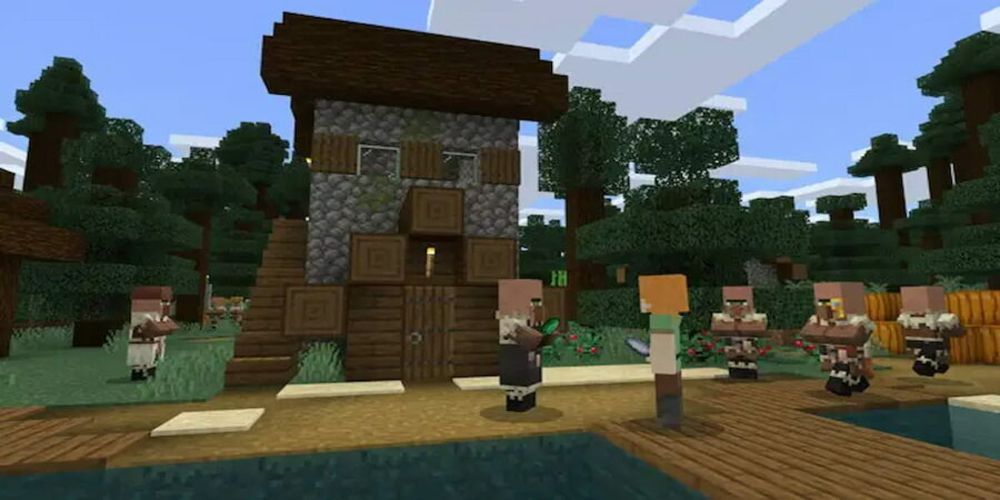 The Nomad Challenge is exactly what it sounds like. You have to stay on the move. In this challenge, the use of chests is forbidden so you have to make use of your four armor slots, 27 storage slots, nine hotbar slots, and one off-hand slot. You can carry a total of 41 items on you, so you’ll want to stay organized.

You can rest in a small hut for the night, but the second you wake up, you have to destroy it and keep moving. If you’re a true nomad, you’ll never sleep in the same spot two nights in a row. 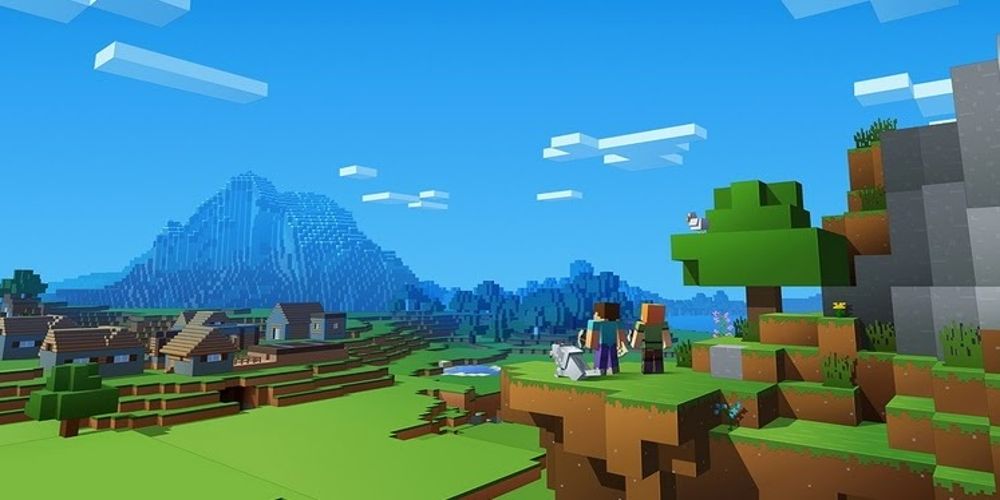 The Pacifist Challenge may be one of the most unique challenges in Minecraft. In this challenge, you can’t kill any mobs whatsoever. It doesn’t matter if they’re passive, neutral, or hostile, you can’t attack them.

In terms of food, you have to plant seeds and eat your crops because you can’t kill animals for food. It’s important to have some torches on you as well because you’ll need to make sure you have light at all times since you can’t attack hostile mobs. It’s all peace and love in this challenge. 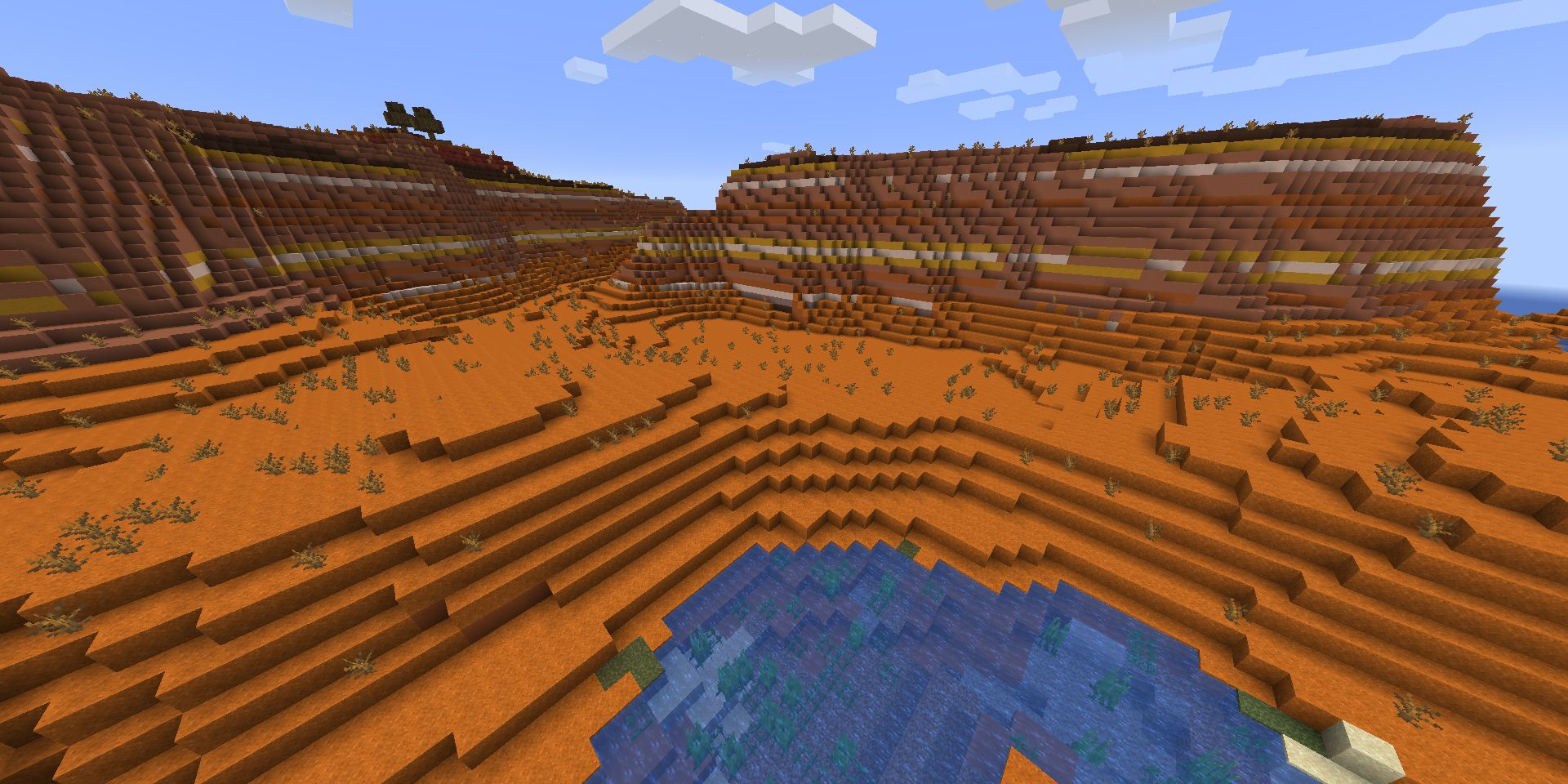 The Single Biome Challenge, also known as the Buffet Challenge, is an interesting one. It makes the entire map just one biome, and you have to survive in this biome. To start this challenge, just go to “Create New World” then hit “More World Options…” and change the “World Type” to “Single Biome.” From there, you can customize which biome to generate.

If you really want a challenge, pick a barren biome like the desert or the badlands. There’s not much going on in these biomes, making them very difficult to live in. 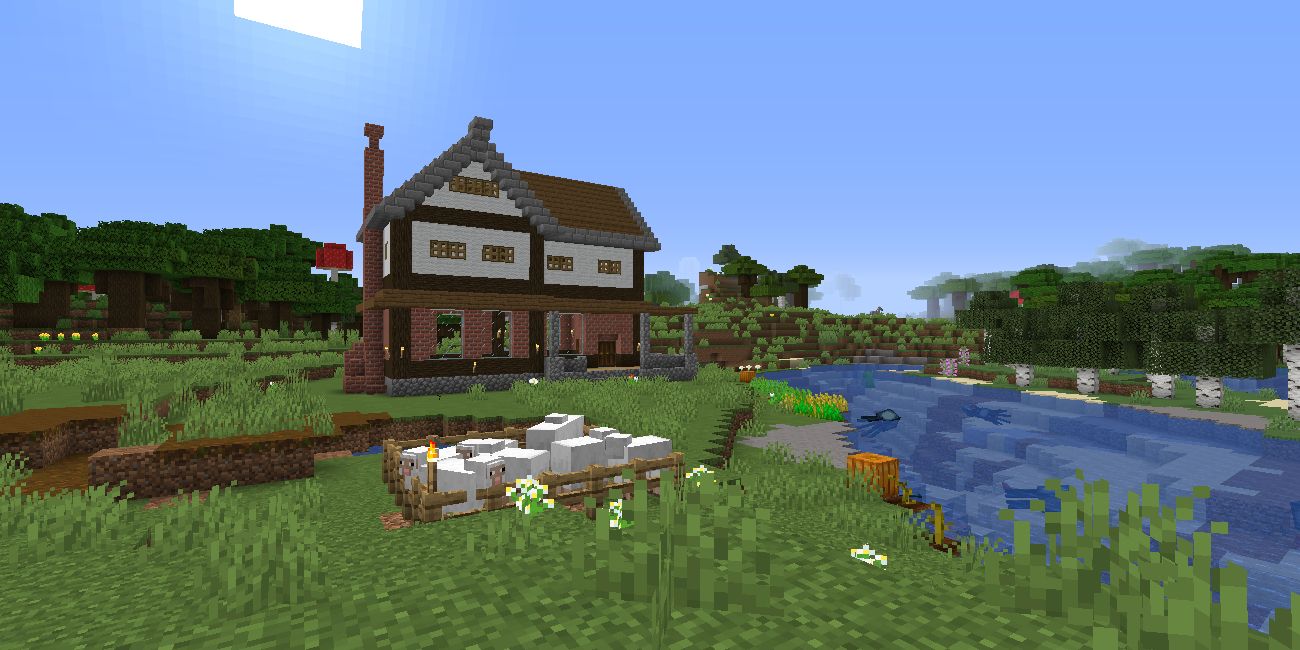 The 100 Day Challenge in Minecraft is the ultimate challenge in the game. It involves playing the game in Hardcore mode and trying to defeat the Ender Dragon in no more than 100 in-game days. This is very difficult as it turns the game into a race against time.

If you challenge the Ender Dragon too early, you’ll lose everything and have to start again from scratch. It’s best to leave the fight to day 99 or 100, even if you feel like you’re more than prepared on day 80. To help you keep track of the days, you can install a day counter mod. It’ll make things much easier.