V Rising is a new hack and slash game that combines classic elements of this genre with survival mechanics such as extracting resources from the world and crafting. It also twists the classic "good guy" standard of videogames by making you play as a vampire trying to bring his domain back to its former glory. In order to achieve this, you will have to slash and claw your way back from the brink of extinction.

Even though spell casting is an integral part of the game, medieval weapons are still your bread and butter when dealing with hordes of enemies, whether in PvE or PvP. So let's find out which weapons this game has on offer are the best. 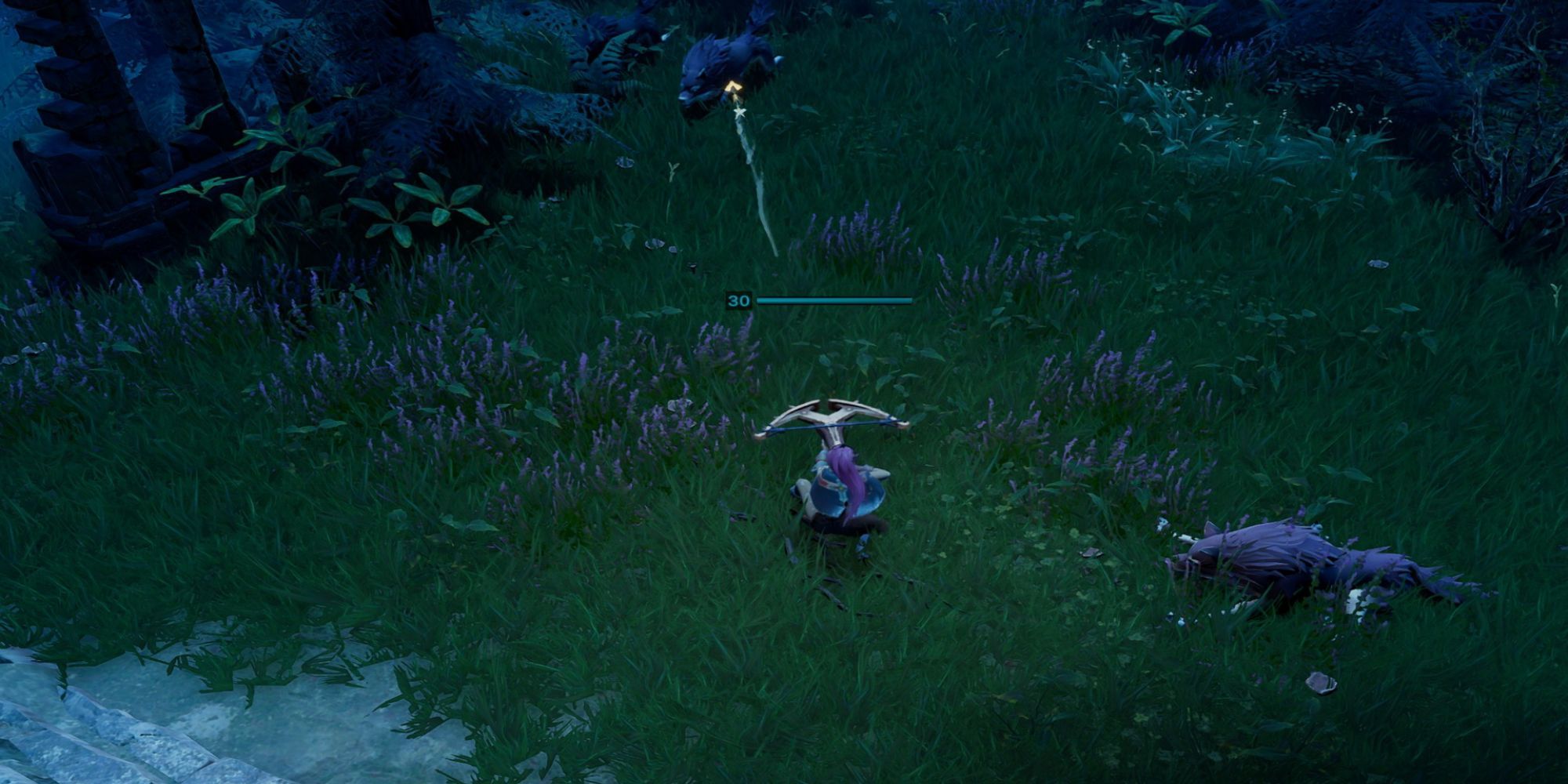 The only ranged weapon currently in the game, the crossbow has a pretty slow firing rate with an even slower reload speed, making it a very situational weapon. Its first ability is called Rain of Bolts, a rather lackluster AOE attack. It inflicts 40 percent of your damage in an area while also slowing those enemies for 1.5 seconds. The second skill is called Snapshot, instantly launching a bolt attack for 75 percent of your damage. It can interrupt any skills or spells being cast, making it an excellent skill for PvP.

Crossbows are pretty reliable in PvE since you can engage from afar, giving you plenty of room against certain types of enemies. When it comes to PvP, the only real utility that it has is quickly pulling it out for a Snapshot skill whenever your opponent is preparing to use a skill or cast a spell. 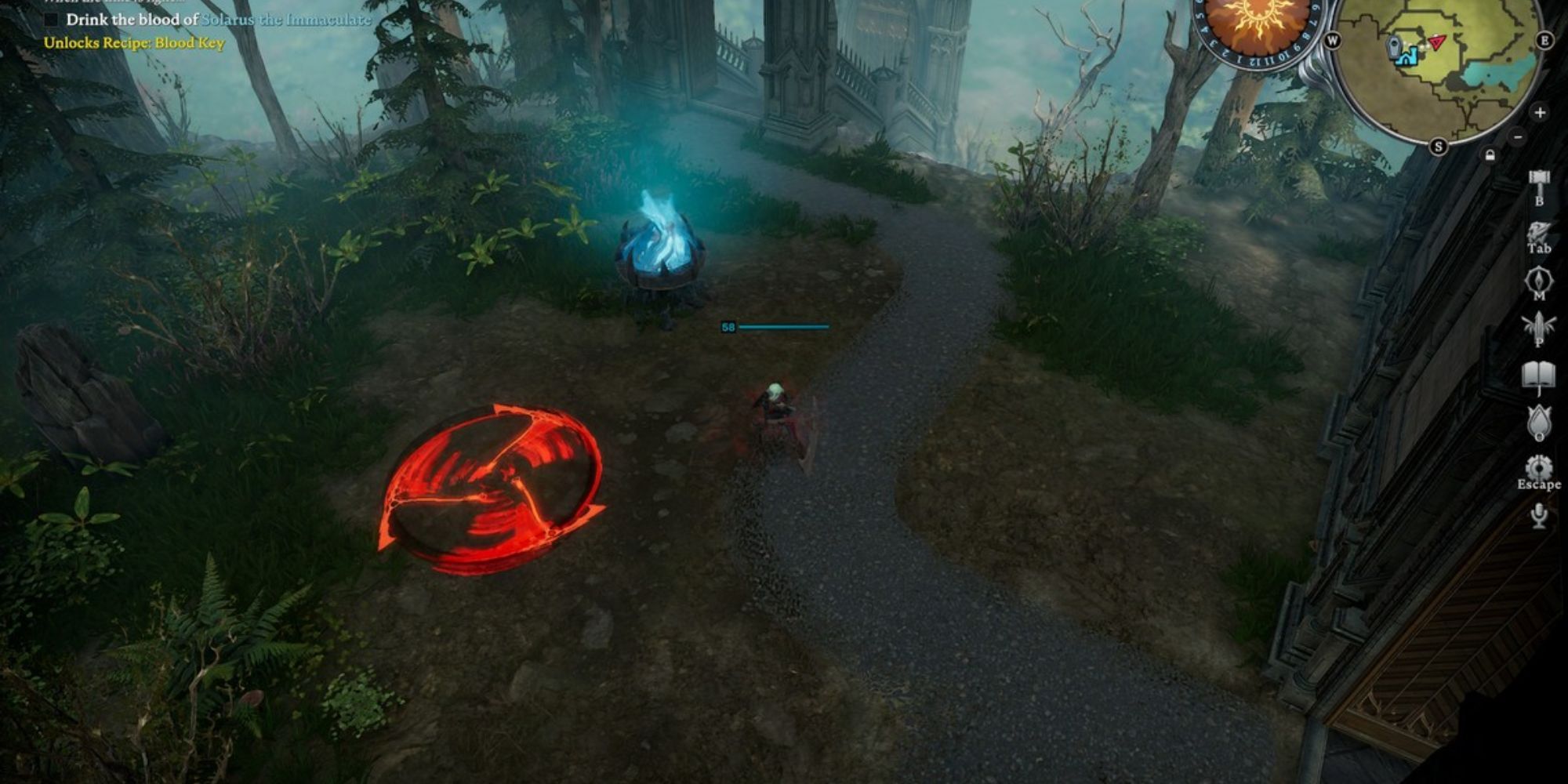 The Reaper is a huge scythe that is mostly used for PvE. All of its regular attacks deal AoE damage, making it an excellent option when dealing with hordes of weak enemies. Its first skill is called Tendon Swing, and it inflicts 125 percent of your damage in one swing, knocking back all enemies that it hits while also slowing them for two seconds. Howling is the second skill, and it starts with your character throwing their weapon forward where it starts spinning for 2.5 seconds, dealing 20 percent of your damage to all enemies within its radius once every 0.25 seconds. The first hit they receive will also slow them down for 1.5 seconds.

Even though it can deal very good damage, the Reaper is still best used when in a PvE situation since both its skills can be easily avoided by a decent player in a PvP fight. To add to its PvE power, this weapon also deals bonus damage to undead enemies and skeletons. 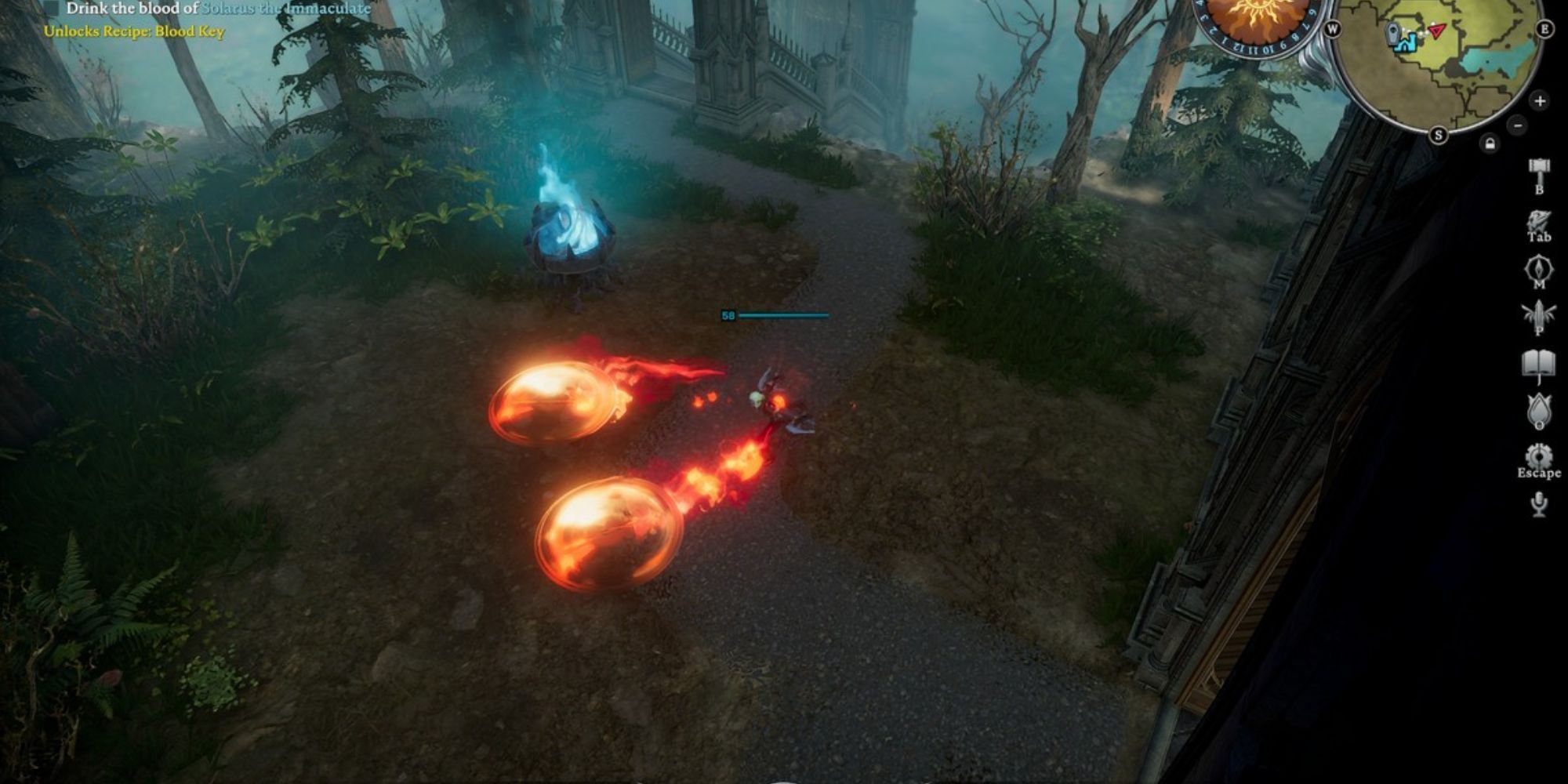 For people who want to embrace the berserker lifestyle, the Axe in V Rising is an excellent weapon if you want to cosplay Conan. One of its skills is called Frenzy, allowing your character to dash towards the enemy and hit them for 100 percent of your attack damage. If you hit, your character will enter a frenzied state that will enhance his movement speed by 25 percent and attack speed by 30 percent for 0.8 seconds. The second skill that this weapon has is called X-Strike, and it has your character wielding two axes which can be thrown at enemies in an X-formation, dealing 85 percent damage per hit and slowing down your enemies for 1.5 seconds. Any enemy that is hit simultaneously by both swings will also be disabled for two seconds.

Even though it's an excellent weapon for PvE, this weapon truly shines when used in PvP. The buffs that Frenzy gives you are extremely useful, and the fact that a well-landed X-Strike will stun your enemy for two seconds can provide you with plenty of time to defeat your opponent. 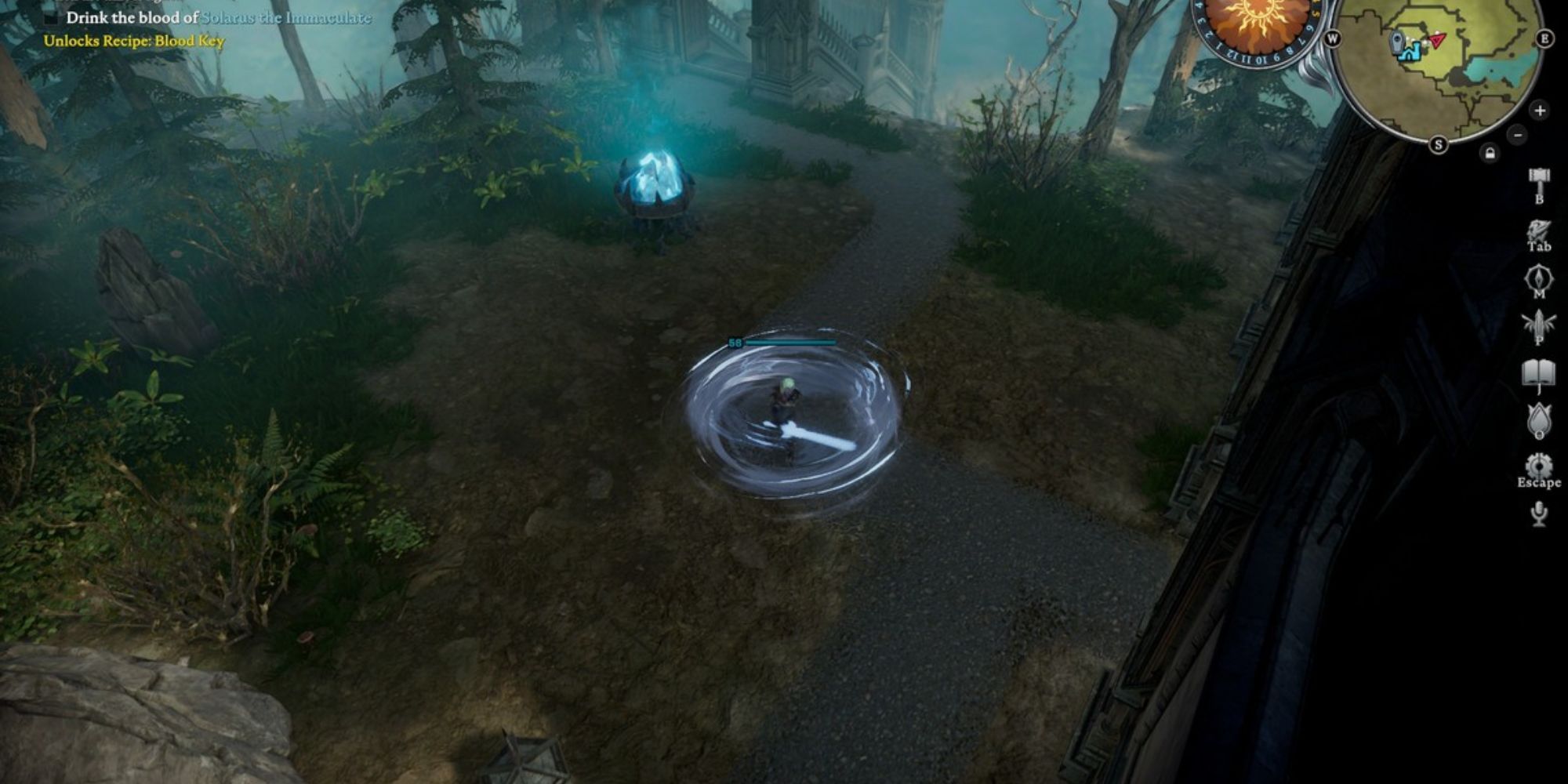 Even though it's one of the first weapons you get in the game, the sword is a very effective weapon you can stick by throughout the game. An excellent all-rounder, the sword has high attack speed making it a good choice for builds that focus on critical strikes. Its first skill is called Whirlwind, and it has your character spin around while slicing nearby enemies for 35 percent physical damage every 0.25 seconds for 1.1 seconds. The second skill is called Shockwave, and it sends a shockwave forward that deals 70 percent physical damage while also launching the enemy that you've hit into the air for 1.6 seconds. If you recast the ability you will instantly teleport to your target and deal three strikes to it for 25 percent of your physical damage.

While Whirlwind is an excellent skill for PvE when dealing with large packs of mobs, it can work pretty well in PvP as well. But clearly, your best option for PvP is the Shockwave skill which can start or end a string of combo strikes. If you're unsure what weapon you should be using, try out the sword since it is one of the best all-rounders in the game. 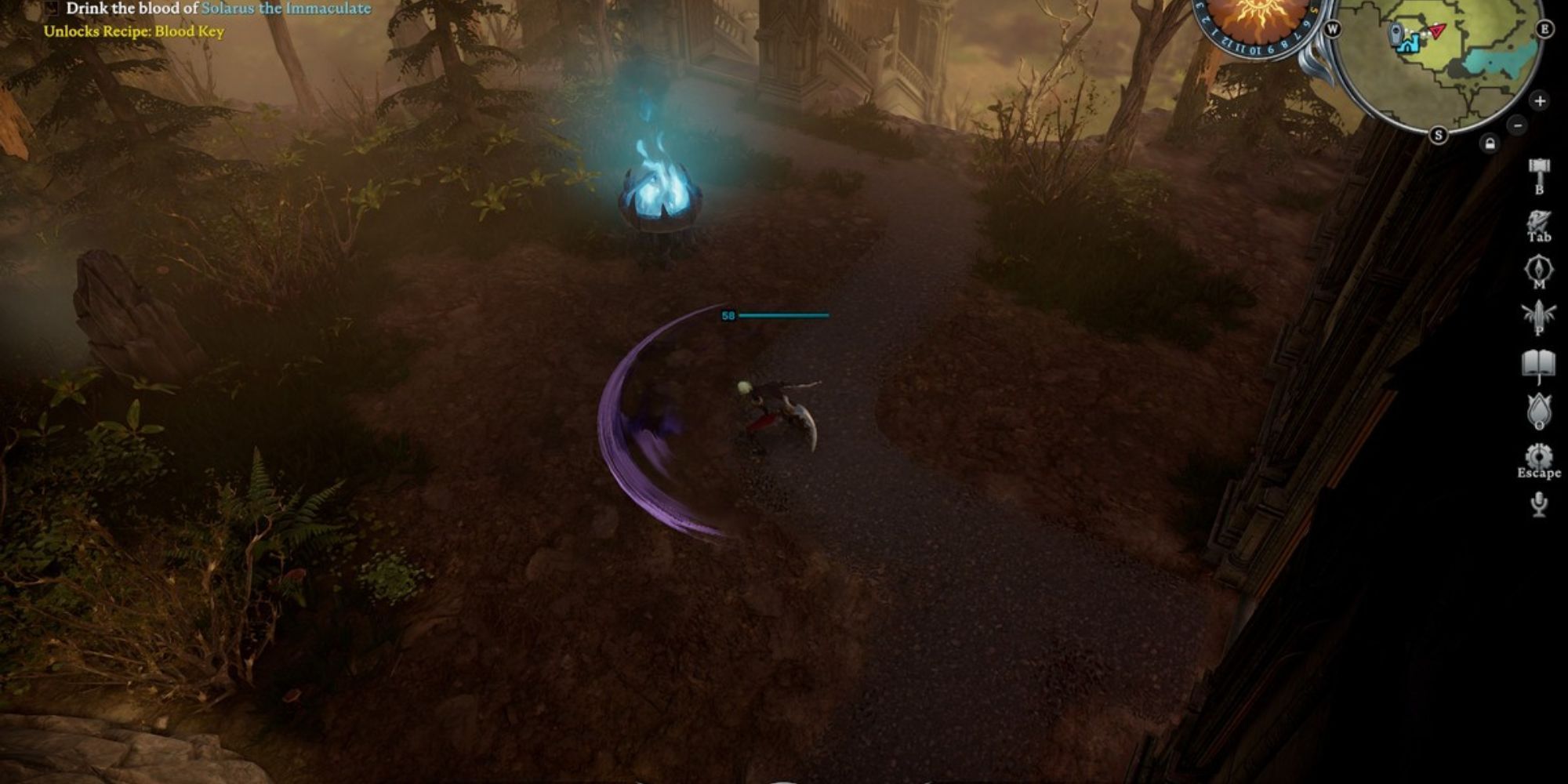 These sleek iron daggers are the fastest weapons in the game and also one of the best options whether you want to focus on PvE or PvP. Elusive Strike is their first skill, allowing your character to dash back and forth while slashing all enemies in range for 60 percent physical damage while also inflicting two seconds of slow with each hit. The second skill is called Camouflage, and it has your character enter the eponymous state, increasing their movement speed by 25 percent for six seconds. While this effect lasts, your next attack will deal 80 percent physical damage while also incapacitating the enemy for three seconds. Using any other skill during this effect will break your camouflage.

While these weapons can deal with pretty much any PvE situation, they truly shine when used in PvP encounters. The fact that you can start combat on your terms through the use of camouflage can give you a clear edge in most fights. When low on HP camouflage can also be used to quickly run to safety and try to heal up before re-engaging.