7 Digimon That Are More Dangerous Than They Appear

When it comes to power scaling, it's hard to get an exact read on the Digital World. With so many Digimon, it's only natural that there exists a wide range of strength among the denizens of the Digital World. While there are different levels, like Rookie and Champion, designated to certain Digimon, this isn't a perfect power gauge. 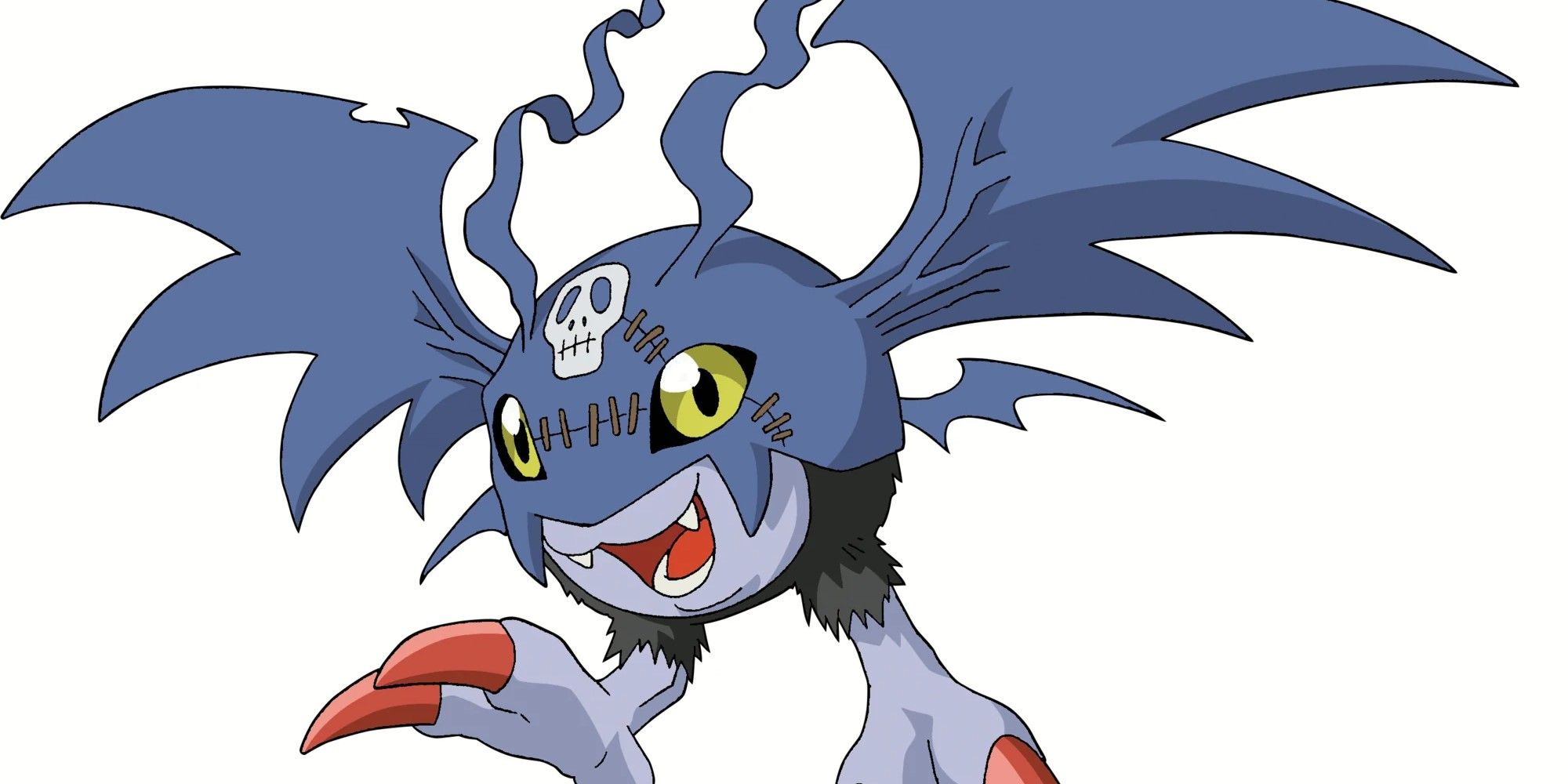 Most Rookie level Digimon, while still possessing supernatural abilities, aren't that much of a threat. In terms of raw strength, many are weaker than a full-grown adult and most can't do that much damage by themselves. With that said, there does exist a few Digimon that can be incredibly dangerous even alone. Digimon like DemiDevimon.

Despite its small stature, DemiDevimon is quite the threat in combat with its ability to summon and throw numerous syringes to siphon the blood of its enemies. While this ability is scary in its own right, what truly makes DemiDevimon dangerous is its deviousness. This Digimon prefers using its words to trick or tempt those into following its or its master's bidding. Fighting a DemiDevimon is bad, but trusting one is hundreds of times worse. 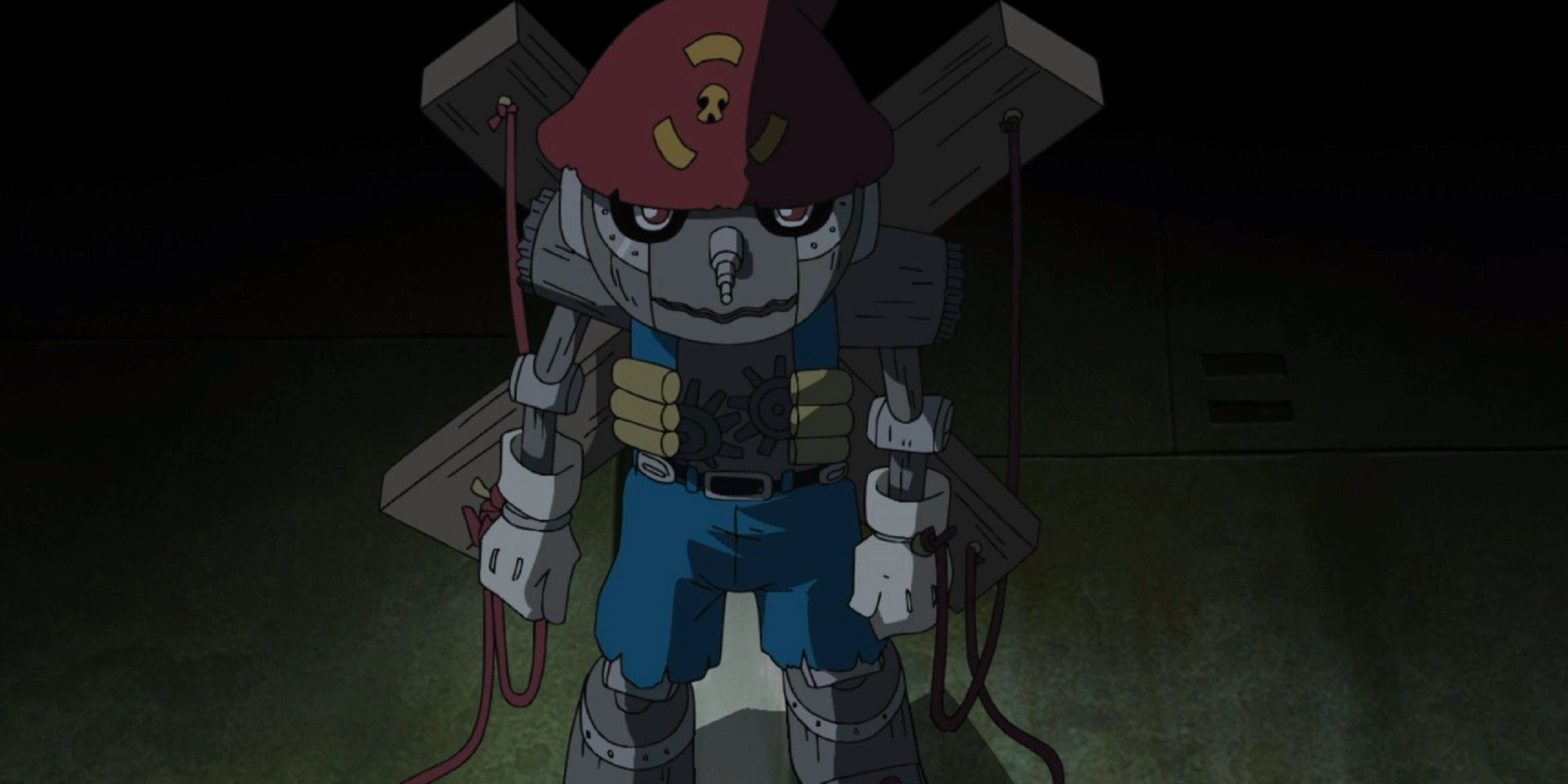 Puppetmon is one of the few Digimon that was born bad. It's said to have been created by a fiendish hacker using the data of a Cherrymon and given a detestable personality. It constantly tells lies and spreads rumors and false information. It's said that any false information found on the internet is the work of Puppetmon.

As terrifying as the manipulation of information is, Puppetmon is essentially an evil version of Pinnochio, a comparison that is played upon with the fact that its nose grows when it lies. It doesn't seem all that threatening, but it is a Mega-level Digimon. It was one of the Dark Masters from the original anime and, on top of its gunpowder-infused hammer, could control other Digimon with its strings. To Puppetmon, everyone is a puppet just waiting to be played with. 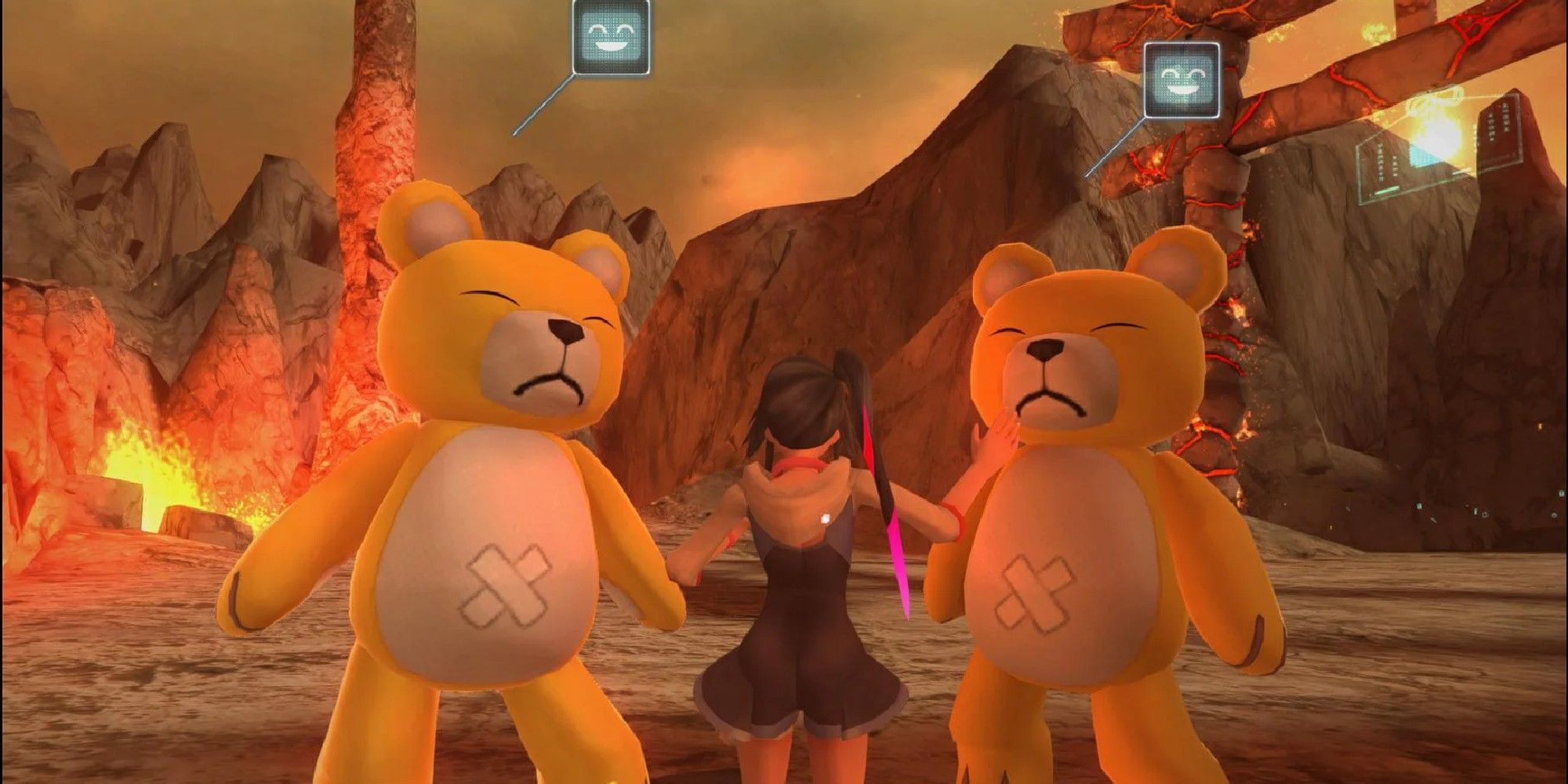 Most would think that a giant sentient teddy bear would be a welcomed sight. Those people clearly haven't encountered a Monzaemon before. As a Champion level, Monzaemon is much stronger than its plush exterior would lead you to believe. It's not the strongest Digimon in existence, even among other Champions, but it does have a unique ability that makes this Digimon stand out.

This Digimon is capable of manipulating the emotions of others. Its signature Hearts Attack, on top of trapping its opponents in a balloon-like heart bubble, instills a feeling of euphoria within its target. In this state, Digimon, and humans, are less likely to want to break out of their prisons, leaving them at the mercy of Manzaemon. Most of the time, this teddy bear-like Digimon has benign intentions, but there have been rumors that something sinister resides in Monzaemon's plush body. 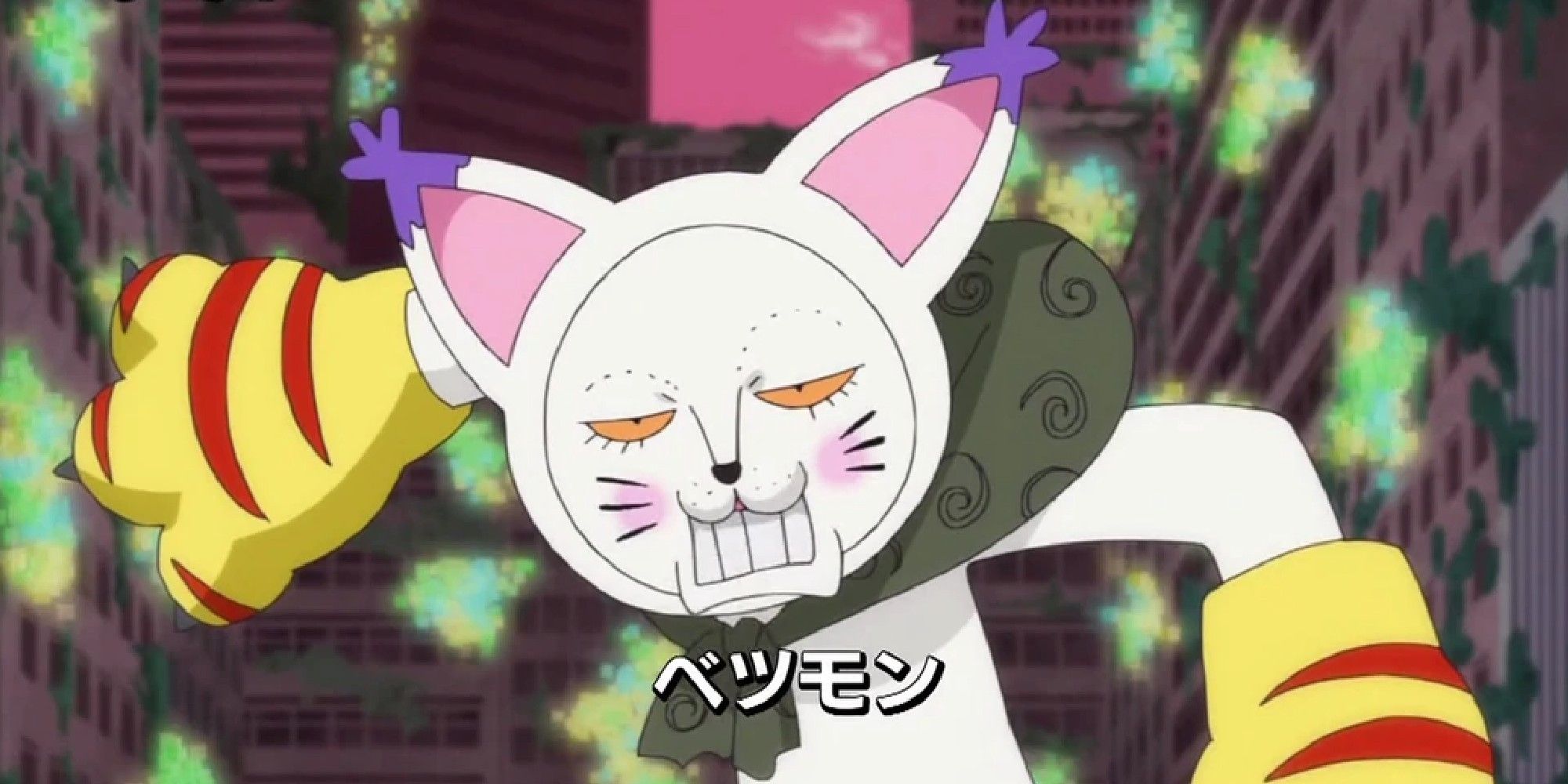 While it is an Ultimate level Digimon, Betsumon doesn't come off as all that threatening. Creepy and unnerving, yes, but not very dangerous. At a glance, you would think that a Betsumon is someone cosplaying as Digimon and, in a sense, they would be correct. However, that is where Betsumon's true power lies.

This eccentric Digimon not only wears these "suits" to hide and confuse its enemies but also to mimic the abilities of the Digimon it's impersonating. Despite these copied attacks being weaker than the original technique, it does give Betsumon an incredible amount of versatility when it comes to combat. Needless to say, fighting one Betsumon feels like fighting several Digimon all at once. 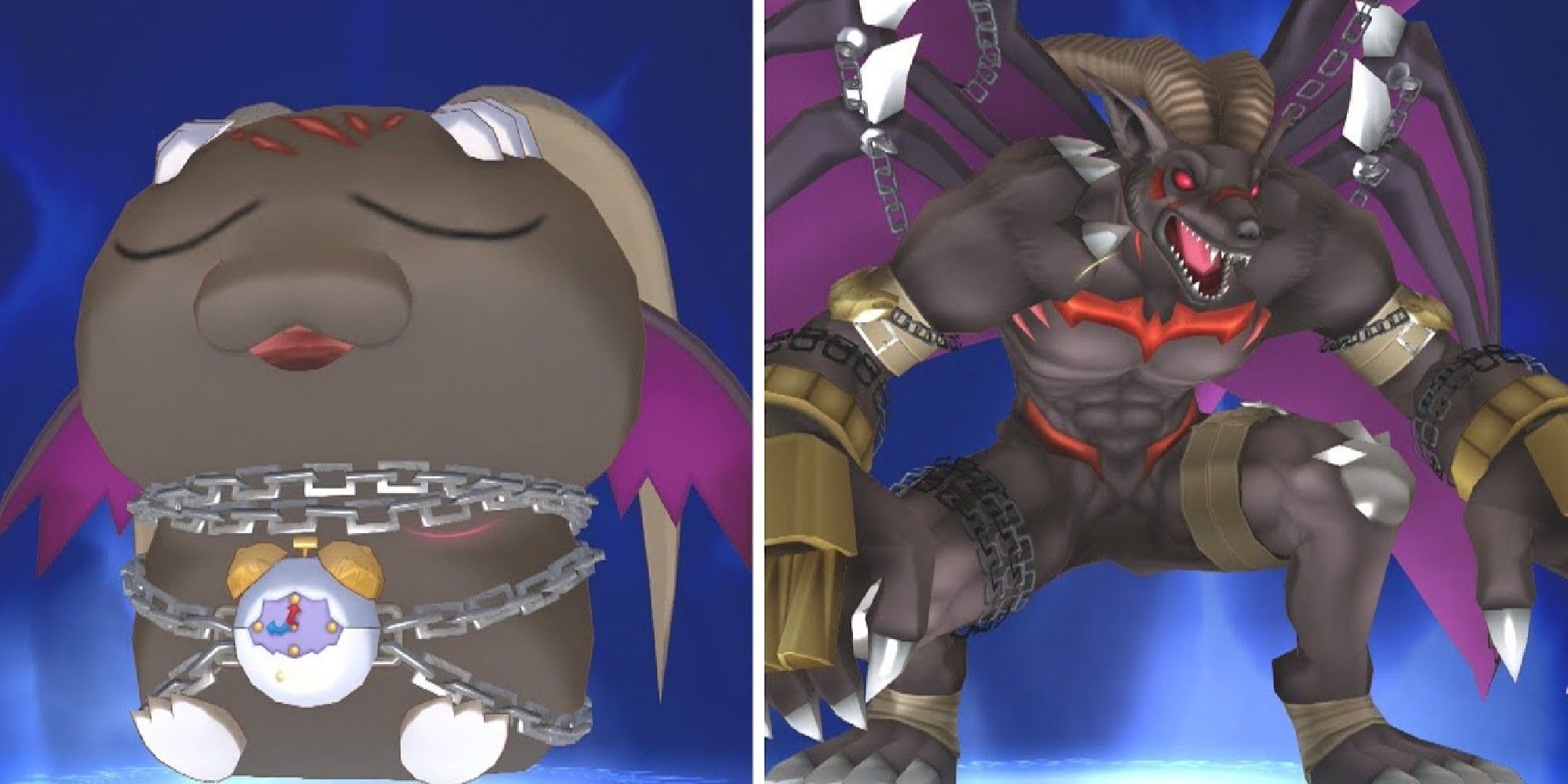 At first glance, Belphmon looks relatively harmless. Yes, upon a closer inspection, certain things about its design stand out like how it has bat wings for ears, goat horns and several spikes on its head that appear to form a crown, or the fact that it's bound in chains, but other than those things, it looks harmless. It's just a cute, sleeping goat thing that also happens to be part of the Demon Lords.

While this Digimon's snores can do damage, this Digimon is much more terrifying when awake. When awakened, this Digimon's roar is said to disintegrate the data of Digimon of Ultimate level and below. This isn't even Belphmon attacking. It just roars and Digimon die. Just imagine what would happen if this Digimon were to go all out. 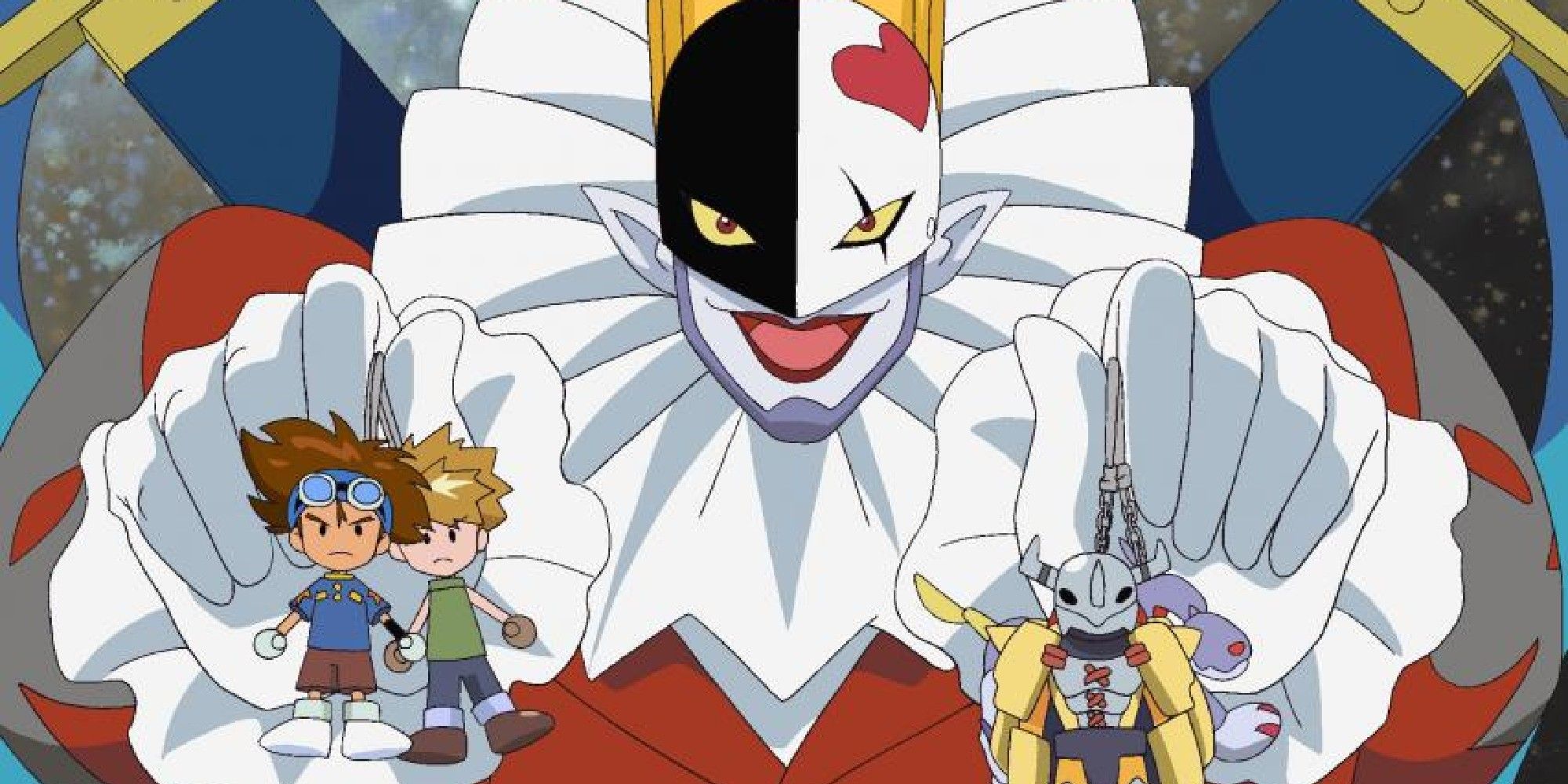 Clowns already inspire feelings of fear and mistrust in present-day culture, so a Digimon resembling the creepy harlequins immediately sets off alarm bells. That said, considering there are Digimon the size of skyscrapers with more than enough firepower to level cities, Piedmon doesn't seem all that bad. That is until you get to know it.

What Piedmon lacks in raw power, it more than makes up for in cunning. Many of its techniques involve striking where and when its opponent least expects it. This Digimon is also no slouch when it comes to power as it was able to defeat both MetalGarurumon and WarGreymon during the first season of the anime and turn most of the digidestined into keychains. It seems that, no matter what world you go to, clowns are always terrifying. 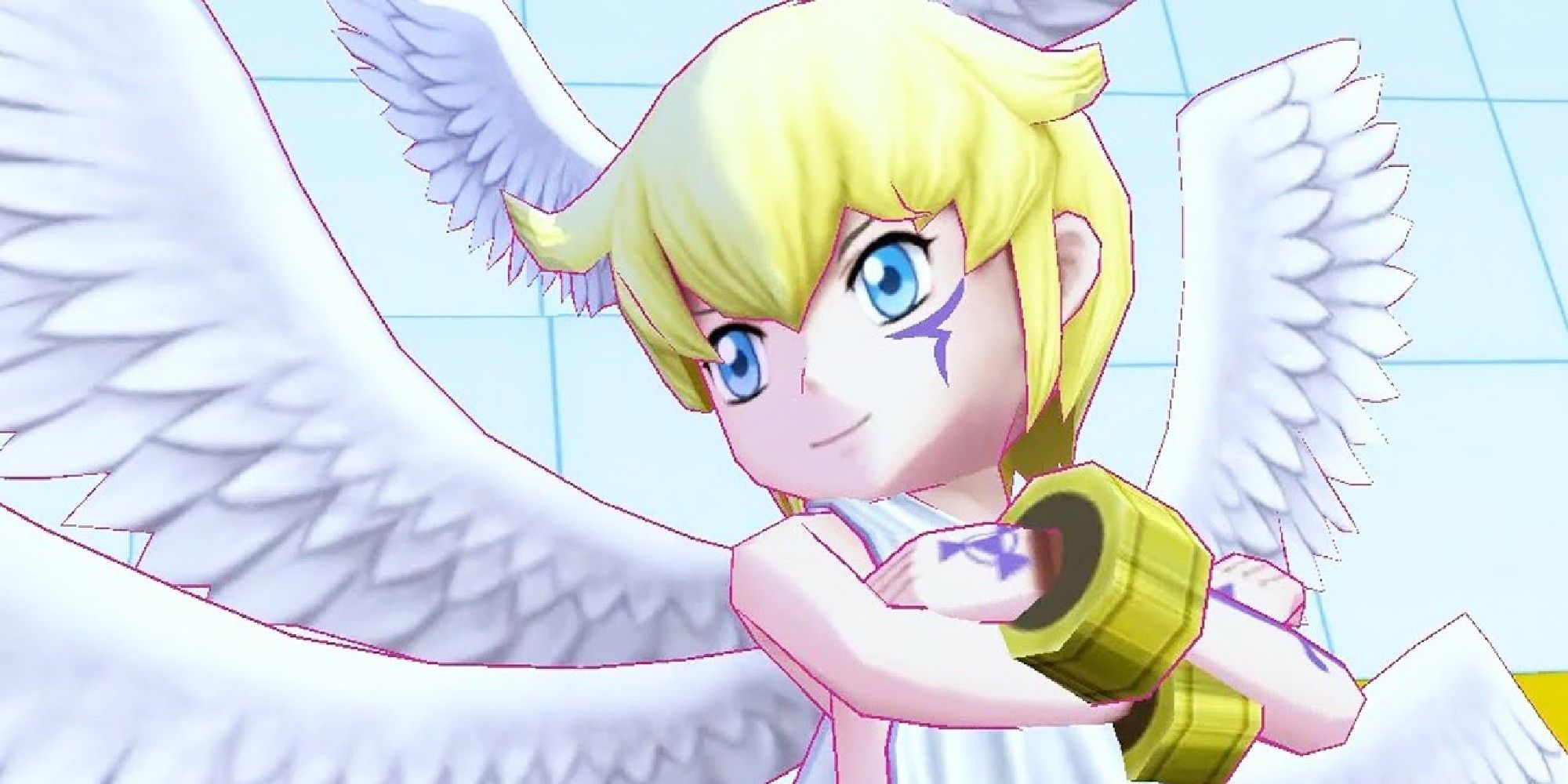 Lucemon is the definition of "looks can be deceiving". It is Rookie-level Angel-type Digimon that resembles a small child. Despite its appearance, Lucemon is said to have a power rivaling that of an Ultimate level Digimon. Power aside, this angelic Digimon also isn't quite as cherubic as its appearance would have you believe.

While its Rookie form isn't all that likely to wreak havoc, its digivolution certainly is. Lucemon Chaos Mode is one of the Seven Demon Lords and the strongest among them. Its power exceeds that of the Mega level and rivals even that of the "God" of the Digital World. It wants nothing more than to destroy the world and remake it how it sees fit.