7 Things We Wish We Knew Before Starting Jotun

While there are moments of simplistic puzzle solving and ambient exploration, no one would call Jotun an easy game. While many playthroughs will clock in at around ten hours, you’ll spend most of that time facing up against the titular Jotun, ancient primordials who you must destroy in order to earn your way into Valhalla.

Though originally released back in 2015, Jotun has a timeless quality, enhanced by its hand-drawn visuals and gorgeous musical score that make it worth visiting, despite the hardship. So, shoulder your axe and pray to whatever gods you can. The glory of battle awaits.

7 No One Can Help You 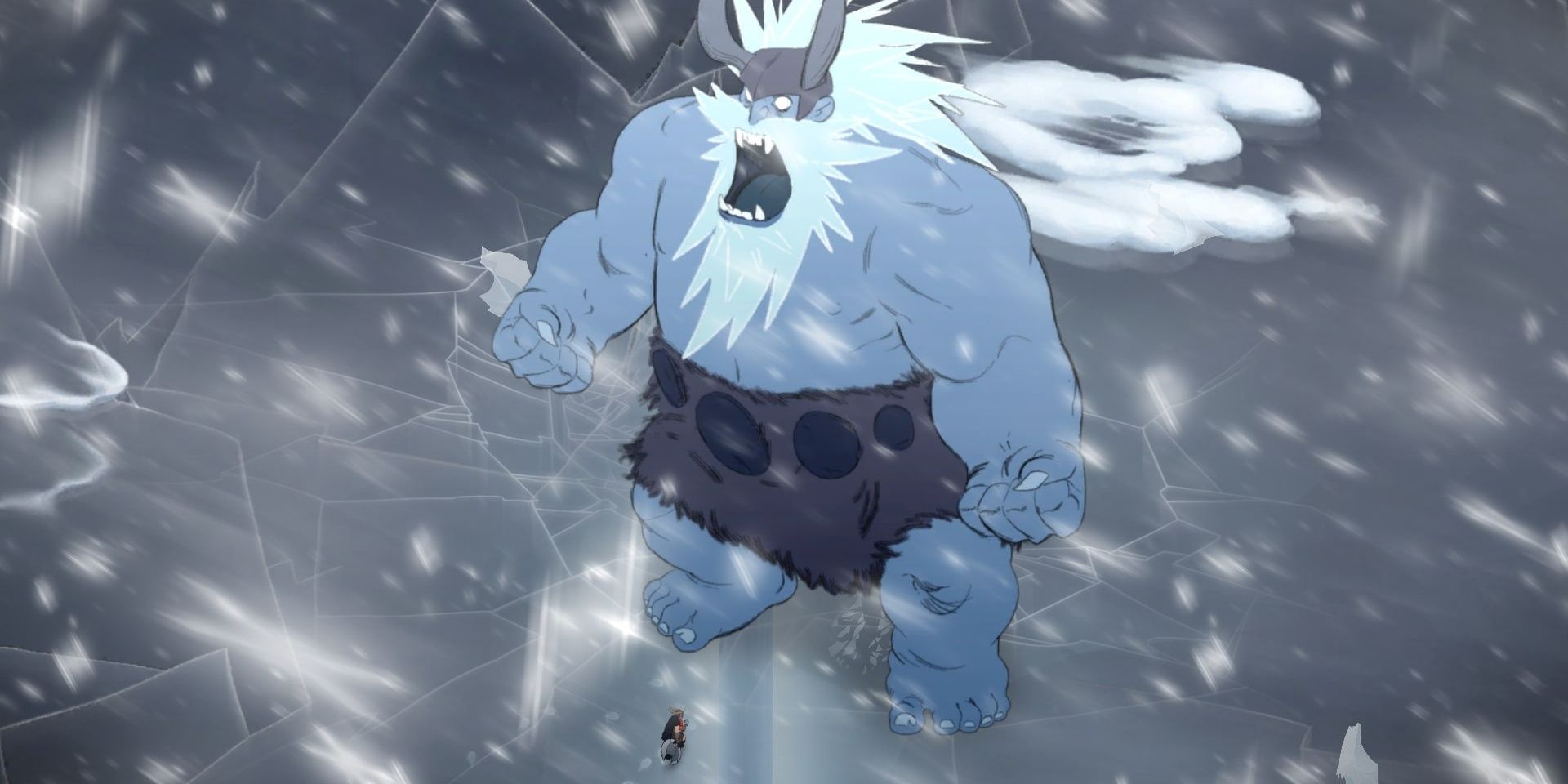 And that’s not just because there’s no multiplayer. Yes, your journey through the world of Jotun is solitary, but each level is also procedurally generated. That means random items, random layouts, random puzzles, and random enemies. Sure, they’re themed to fit the level, so you won’t find a dwarf wandering around Jomugandr’s lake, but no walkthrough is going to tell you which direction you should head next.

Fortunately, the levels aren’t as mazelike as some Roguelikes that are out there, but the point still stands, and adds to the feeling of Thora’s isolation. After all, this is your quest at redemption, and yours alone. To have help from another would be to cheat the gods. 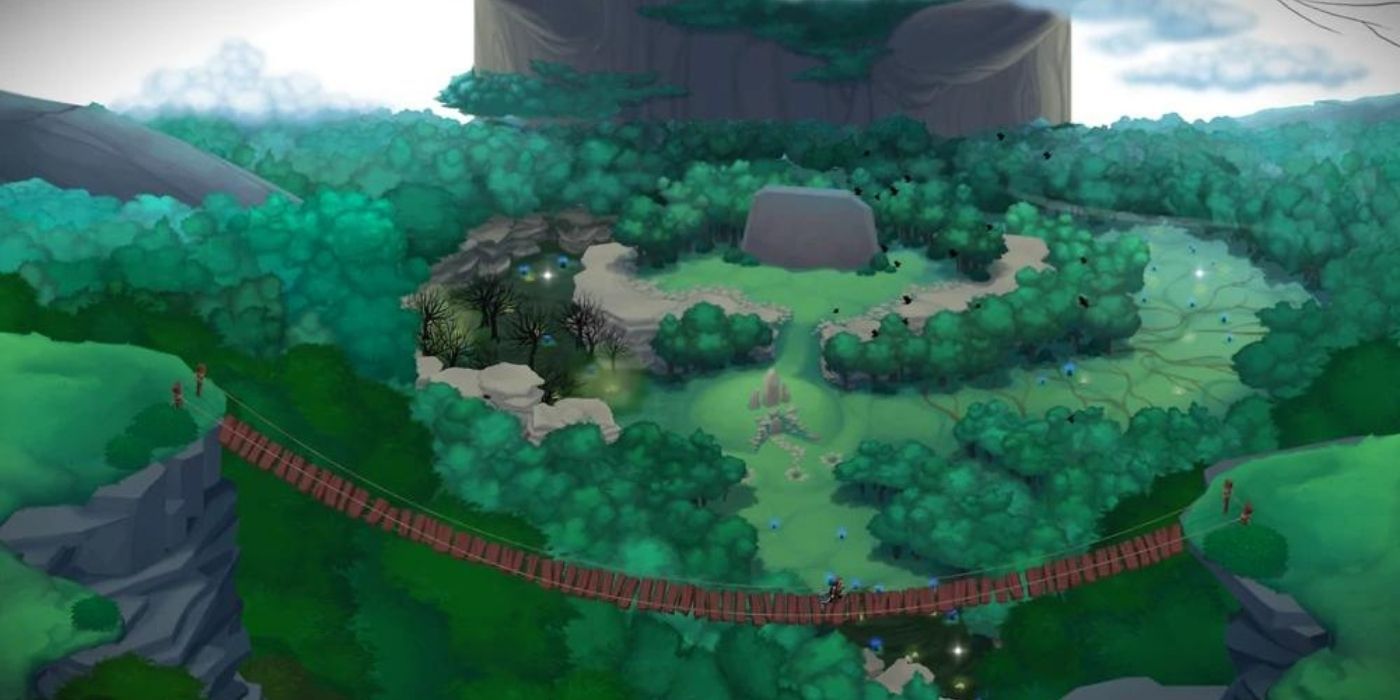 Most of the areas between combat with the Jotun are relatively benign. Sure, you’ll encounter traps, puzzles, and enemies galore, but most of them won’t challenge you too much. They operate much more like a lull between two storms, and give you a breather after you’ve narrowly defeated a power as ancient as the earth itself.

Instead of battling it out, these areas reward your exploration with lore, immersing you in the world of Norse Mythology that Jotun so comfortably nestles in.

5 But Don't Let Your Guard Down Too Much 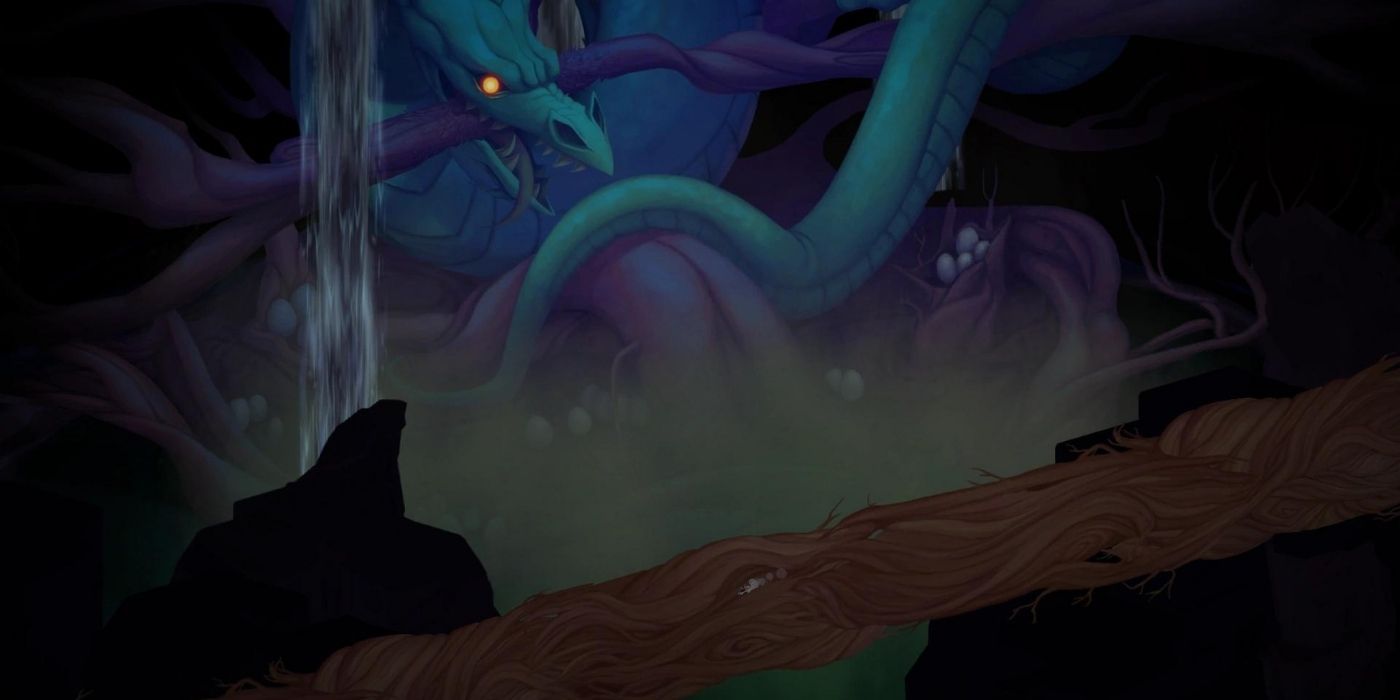 Don’t get too comfortable, though. While compared to fighting personifications of elemental forces, the realms of Jotun may seem like a walk in the park, but only if the ground in said park occasionally opens up underneath you to spew forth burning lava. Sometimes, you’ll run into a horde of enemies that will nearly take you down before you’ve even got the chance to activate an area’s rune.

Dying when you’re so close to your goal can be infuriating, especially when it came about because of your own negligence. Enjoy the scenery, but don’t let your guard down. This is a land born from the blood of a primordial giant. It's bound to have some nasty little secrets hidden in its crevasses.

4 Keep The Volume Up 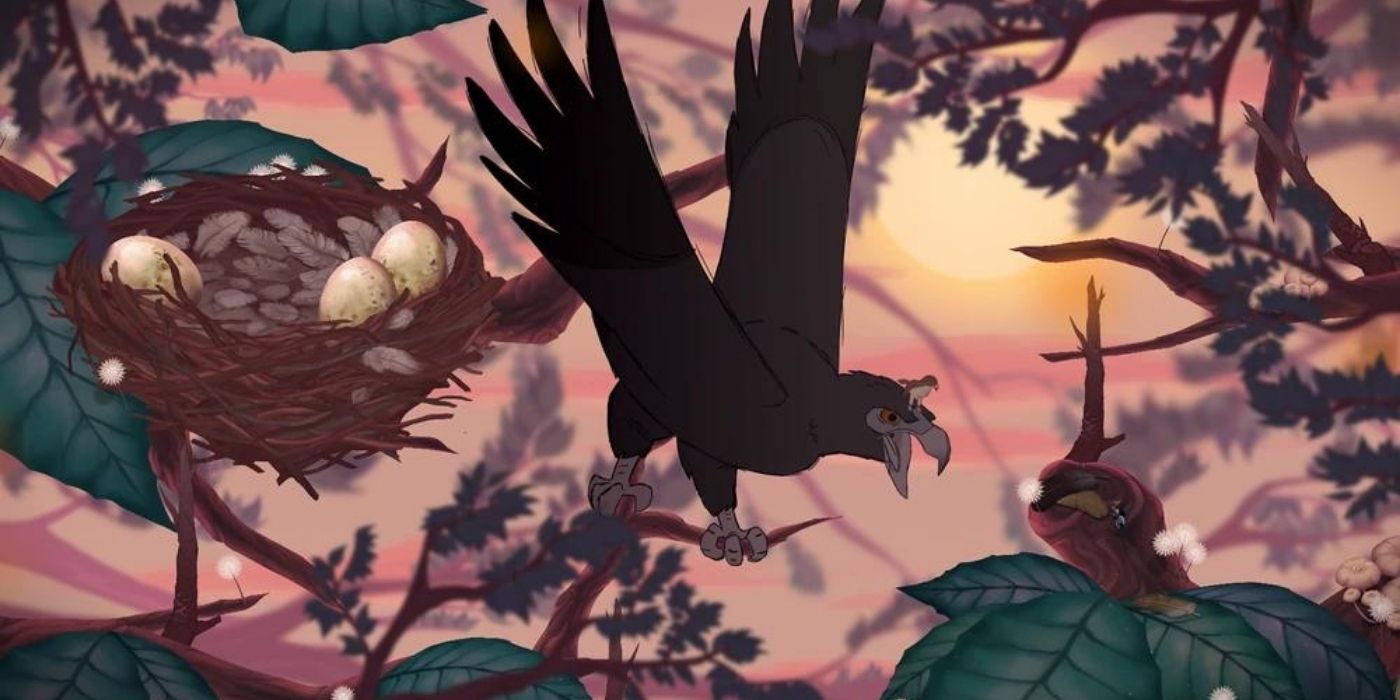 Thunder Lotus Games is known for employing stunning, hand drawn visuals in their products, and Jotun is no exception, but they didn’t skimp on the audio in their first game either. A gorgeous musical score accompanies you throughout trek through Viking Purgatory, which you might miss if you like to play games late at night with the volume down to keep from waking your roommates.

Unfortunately for you and your nocturnal gaming habits, Jotun’s music is more than just lovely background noise. Thunder Lotus tooled each piece of music to different events in the game, rising in victory and plunging in defeat. While it won’t help you reach Valhalla any sooner, it’s an integral part of the gaming experience that should not be missed.

Jotun rewards exploration, and there are treasures lurking behind frozen waterfalls and within deep wells. And while you won’t be exchanging your trusty battle axe for an enchanted sword or spear, the hidden trees containing Ithunn's Apples, are almost as valuable.

Though they can be hard to find, chowing down on one of these legendary fruits isn’t just to whet your appetite after facing down a colossal ice giant. They will give you a much-needed boost to your health, extremely useful when it comes to preparing for your next epic battle.

2 Use Your Blessings Sparingly 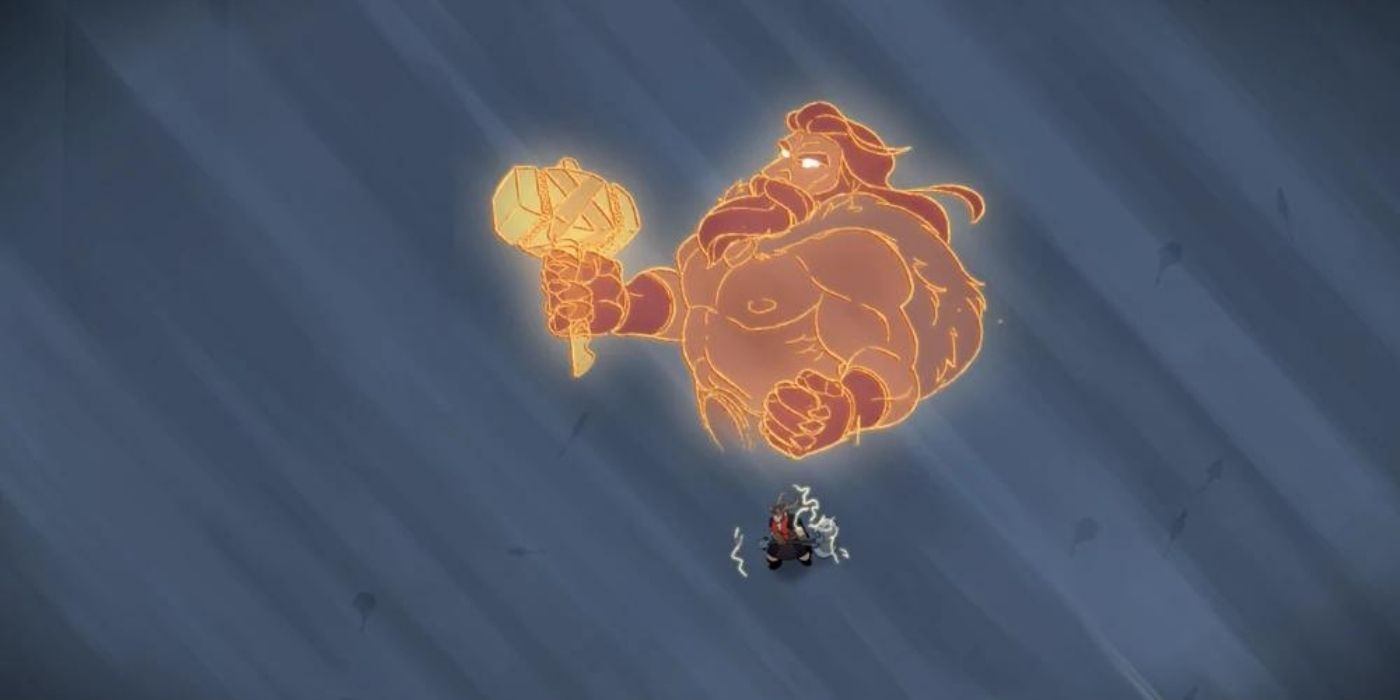 The gods have blessed you in your fight through Viking purgatory, but only so much. Heimdall will protect you from all harm and Thor will lend you his hammer, but only about two times per encounter until you reach the later game. And while this may seem like a lot, especially if you’ve never felt the warm bliss of being touched by a god, Jotun’s arduous boss fights will have you wishing that they were a bit more generous.

To win, and defy the odds, you’ll have to ration these blessings, especially Frigg’s healing, which is the only way you can recover health when squaring up against your primordial opponents. Throw Odin’s spear, and throw it true, but only do it when you have a clear shot. Each boss battle will test your skill and endurance, and throwing away a blessing is the equivalent of blasphemy, whose punishment is meted out at the end of a Jotun’s sword.

1 The Jotun Will Mess You Up, But That’s Part Of The Game 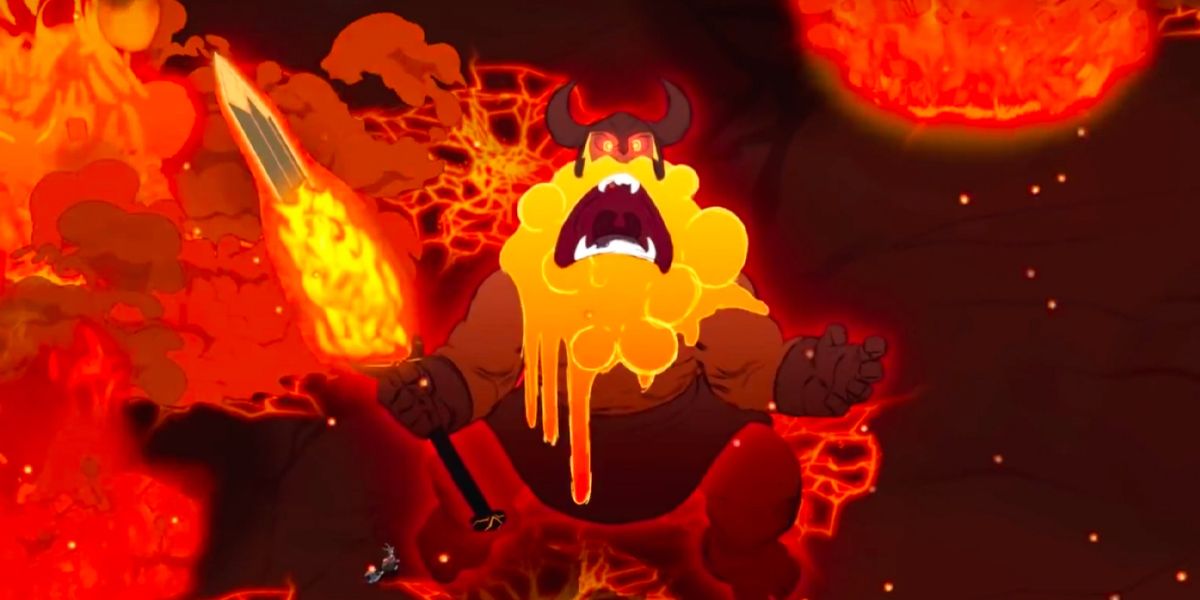 Taking its inspiration from games like Shadow of the Colossus, the titular Jotun loom over you, both in height and the size of their health bars. And while they don’t require as much skill as some Soulslikes, making the wrong move while fighting these gigantic creatures can have serious consequences, like being crushed under a boot that’s bigger than you are.

There’s many a time that you’ll find yourself waking up at the foot of Mimir’s well after a hard-fought battle, wondering how you got there. Don’t get discouraged. While much of the game intends to immerse you in the world of Norse mythology, its bosses are all about pattern recognition and endurance. Each Jotun has tricks up its sleeve that will surprise you unless you’ve faced off against them more than once. The pleasure in this kind of game is in gaining skill, fighting the good fight until, finally, you triumph.