I’ve just beaten the Circle Tower in Dragon Age: Origins. Yes, I finally gave in to my colleagues’ constant nagging, and I’m playing this iconic RPG for the very first time. Underpowered dogs aside, I’m loving it. I’ve kitted out my Dwarf in the heaviest Dragon Plate Armour and I’m wielding the biggest, baddest, two-handed axe I could find, and I’m trying to unite the peoples of Ferelden to defeat the Darkspawn. I’m pretty sure I could handle them on my own, but it’s better to be safe than sorry I suppose.

To say I’ve “just” beaten the Circle Tower is a slight understatement. My time in Dragon Age is running away from me, and I finished the Circle Tower about 30 hours ago now, but it made such a lasting impression on me that I couldn’t not write about it. I loved hunting for the Grand Oak’s acorn, the Lady of the Forest presents an interesting dilemma, and I’m off to find Branka in the Deep Roads next. But none have stuck with me quite like Circle Tower, and more specifically the Sloth Demon.

While the Circle Tower itself pretty much sends you around in circles (how appropriate) fighting generic enemies, the Sloth Demon does something different. As soon as you meet it, the foul spirit sends your party into a deep sleep, trapping you all in the Fade for eternity. Or so it thinks. 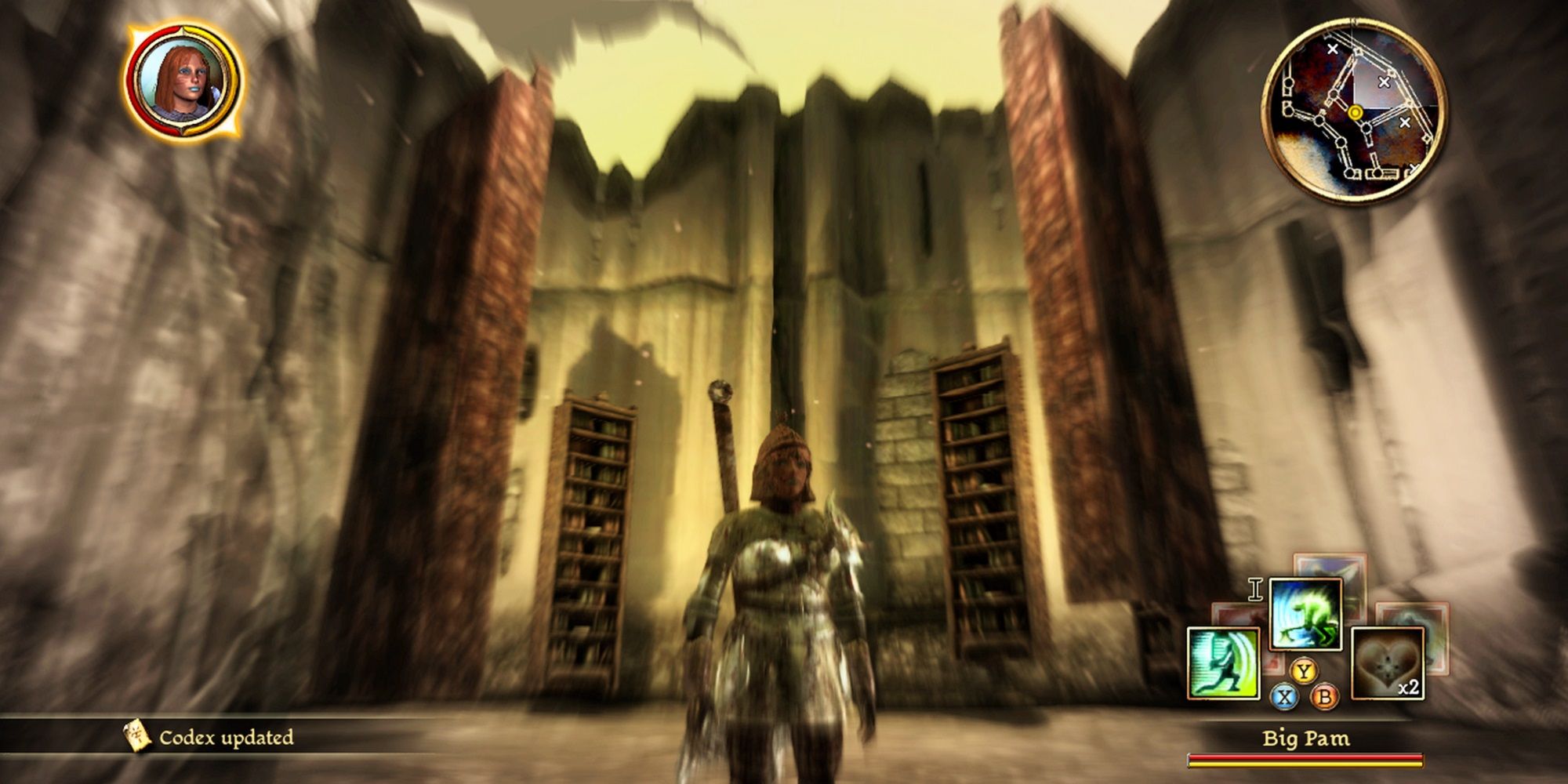 The Sloth Demon’s domain is split into five main areas, with smaller areas housing your companions and the demon itself. To make it to the centre and do battle with the abomination, you must complete the puzzles in each domain, as well as defeating the enemies and mini bosses alongside them. Each domain grants you the power to shapeshift into a new creature with new powers. A friendly, if pessimistic, mage called Niall explains the situation and you soon gain the ability to transform into a mouse. You can now move through mouseholes, but you’ll quickly come across spectral doors that you can’t grasp, giant doors that are too heavy to budge, and deathly fire that you can’t cross.

Every single area hides secrets behind these obstacles, which you slowly overcome as you gain more transformation abilities. The design is incredibly clever, and the areas never feel old as you backtrack through them; mostly because you’re now doing so as a Spirit or Golem. 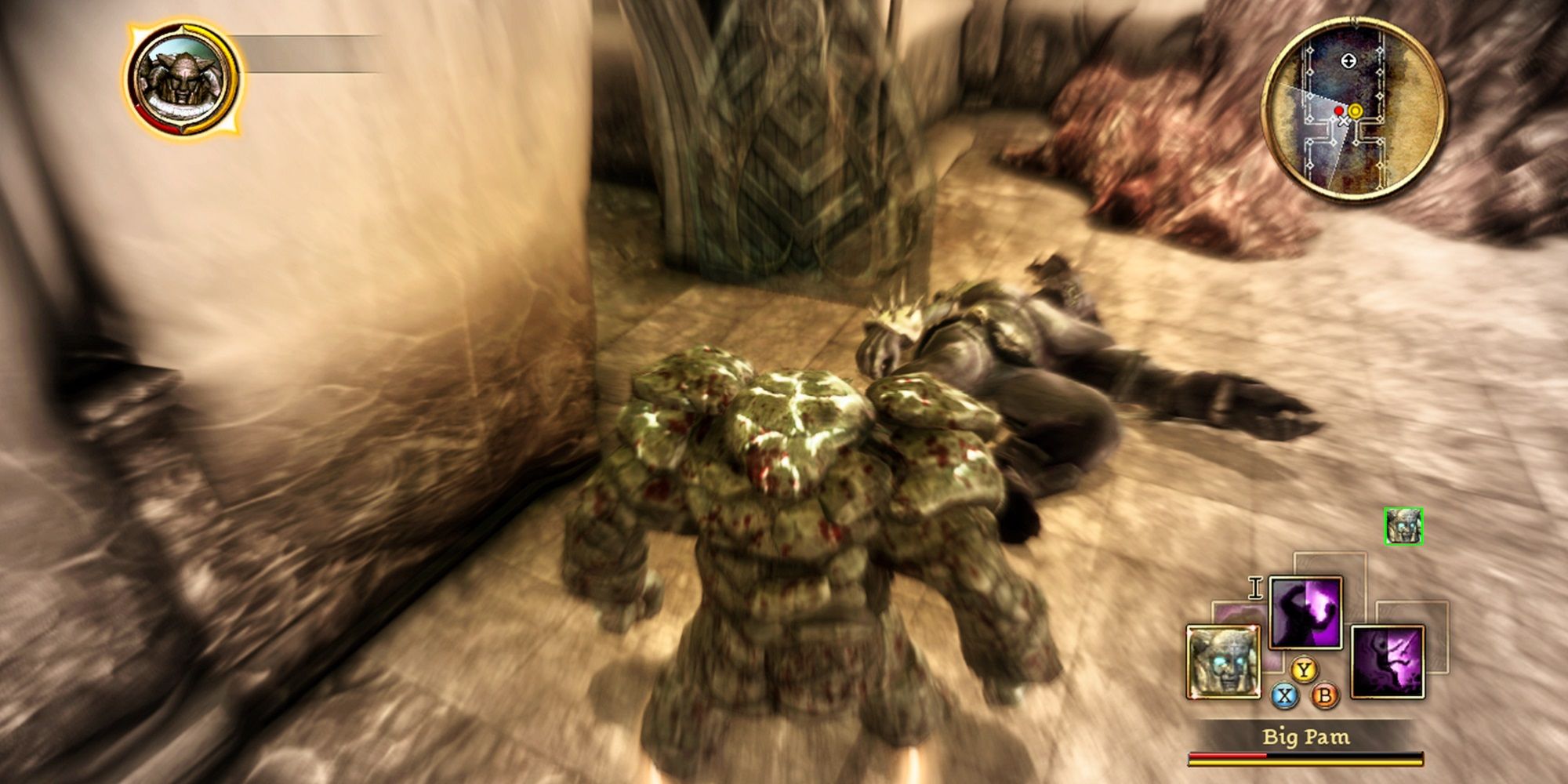 While the areas themselves are cool concepts – my personal favourite is Templar’s Nightmare, based on the fears of the very Templars trapped in this domain – the best thing they offer is variety. After the constant corridors of the Circle Tower, this is welcome relief, and all the backtracking would feel dull and arduous were it not for the diversity of environments and enemies.

Even if every corridor was the same, reused asset, though, I feel like the Sloth Demon’s dream sequence wouldn’t feel samey. Knocking down doors as a hulking Golem or gliding around the environments as a Spirit is just great fun, and far better than the Spiders or Bears that Morrigan can transform into if you put her points in the right places. Even running headfirst at a group of Darkspawn as a flaming skeleton is superior to doing so as my regular Grey Warden, and I get to fling Fireballs as I swing my axe. 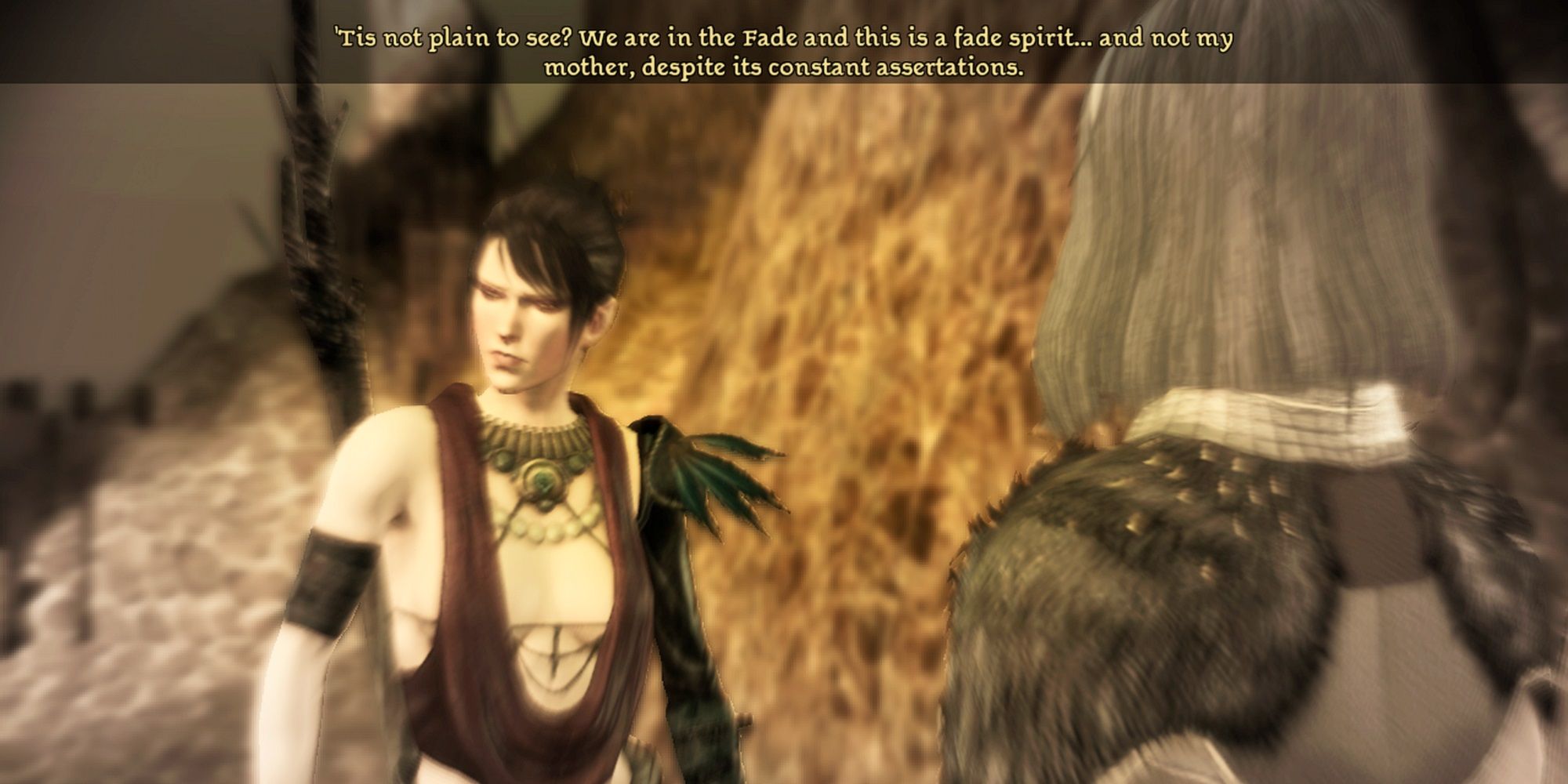 Many of the demons in the Circle Tower have names based on the seven deadly sins, but Sloth is the only one that gets its own mission and really embodies its sin. Maybe the developers didn’t want this section to get too long, but I would have loved to see what they did with other sins. The Wrath Demon is easy, just pit your party against an especially angry Ogre. The Greed Demon could present you with a hundred chests glowing with loot, but take too much and you get cursed or the hordes descend. The Envy Demon could turn your party against each other, the Glutton Demon could punish you for using Health Poultices or Lyrium Potions, and the Lust Demon’s challenge will remain between me and Morrigan.

The opportunities are endless, and the Sloth Demon should be the blueprint for demonic missions going forward, not the anomaly. Compare it to the Deep Roads, which has an interesting premise (especially once you meet Hespith) but ultimately boils down to fighting waves of Darkspawn followed by waves of giant spiders followed by, you guessed it, more Darkspawn. The traversal sets the Sloth Demon's domain apart from other dungeons in the game, and your ability to transform yourself in order to access new areas keeps it from getting boring and sets it apart from any other dungeon in the game. 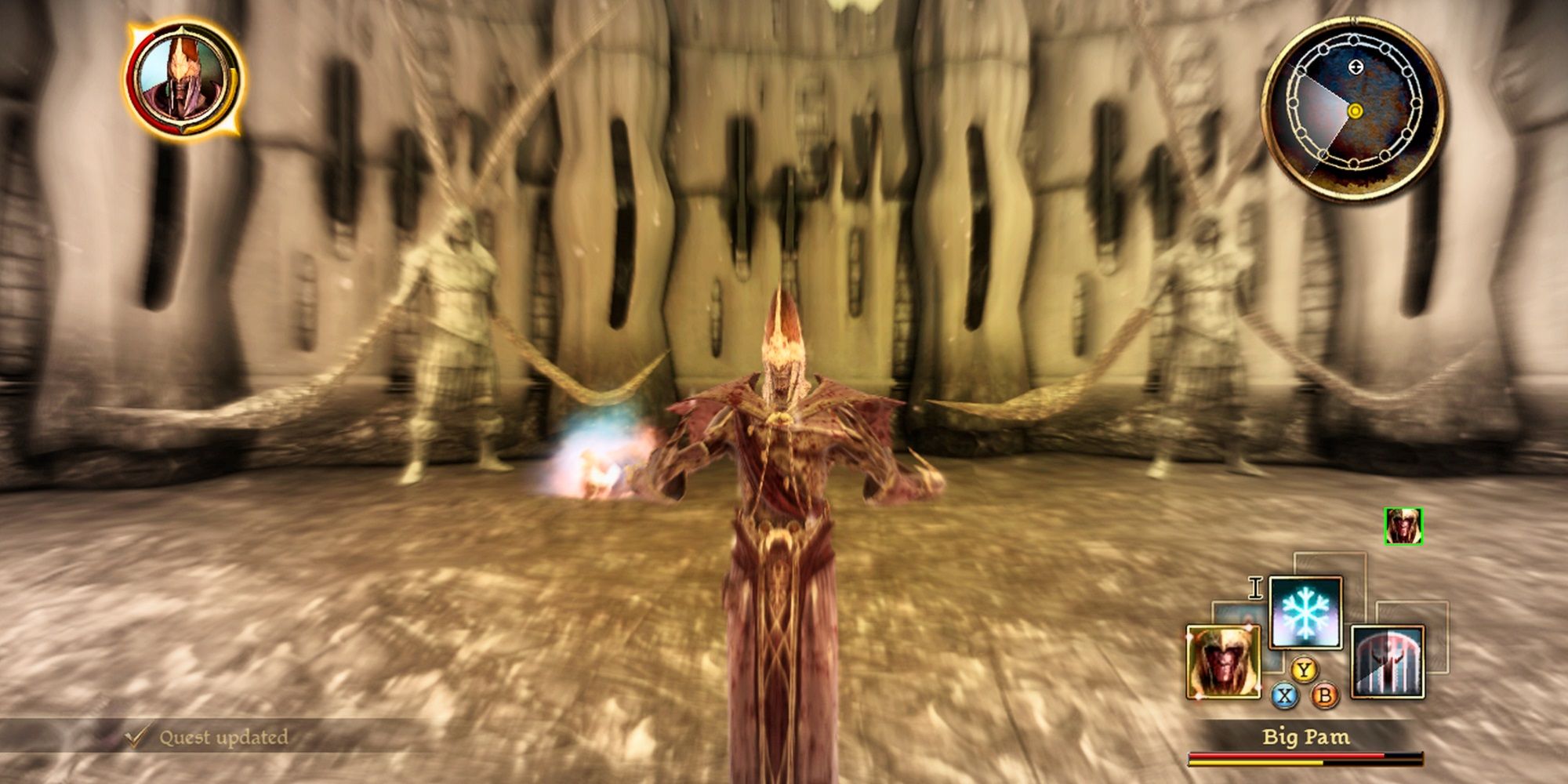 The Sloth Demon’s maze isn’t particularly difficult to figure out, but the solution is one of the most fun experiences I’ve had in Dragon Age so far. I wish more elements of the game would lean into the absurdity of fantasy and the creativity that the Fade can provide. It’s a blank canvas, so why not paint an absurdist masterpiece rather than stick to the gritty realism that has been overrepresented in the genre for decades? Transforming into Golems, Spirits, Rats, and Skeletons is incredibly fun, and it’s sad to leave behind when you exit the Fade. Maybe I’ll have to be a mage on my next playthrough, but I doubt it’ll even come close to the magical challenges of the Circle Tower.