Andy Serkis Is Giving The Performance Of His Life In Andor

This article contains spoilers for Andor episode ten, One Way Out.

In the 21 years that I've been engaging with his work, Andy Serkis has made me feel the full spectrum of human emotion.

I first saw the British actor, like most moviegoers, in his iconic dual role as Smeagol and Gollum in Peter Jackson's The Lord of the Rings trilogy. In that part — even with the very small amount of screentime he got in The Fellowship of the Ring — he scared the shit out of me. Despite being portrayed in the films as a sad and pathetic creature, Gollum was still terrifying. Each child has a different reason that they're afraid of the dark, and after I saw his pale lantern eyes in the dark of Moria, Gollum was mine.

Since then, Serkis has gone on to give life to some of 21st century film's most iconic characters. He found the pathos in King Kong, providing the motion capture movements for cinema's biggest, saddest gorilla. He took on another simian role as Caesar, the hyper intelligent chimpanzee leading the primates to revolution in Rise of the Planet of the Apes and its two sequels. He was Tintin's perpetually sloshed friend, Captain Haddock, in Steven Spielberg's adaptation of the famed French comic. And, he was the big bad (emphasis on big) in the Star Wars sequel trilogy, providing the motion capture and voice for Supreme Leader Snoke. 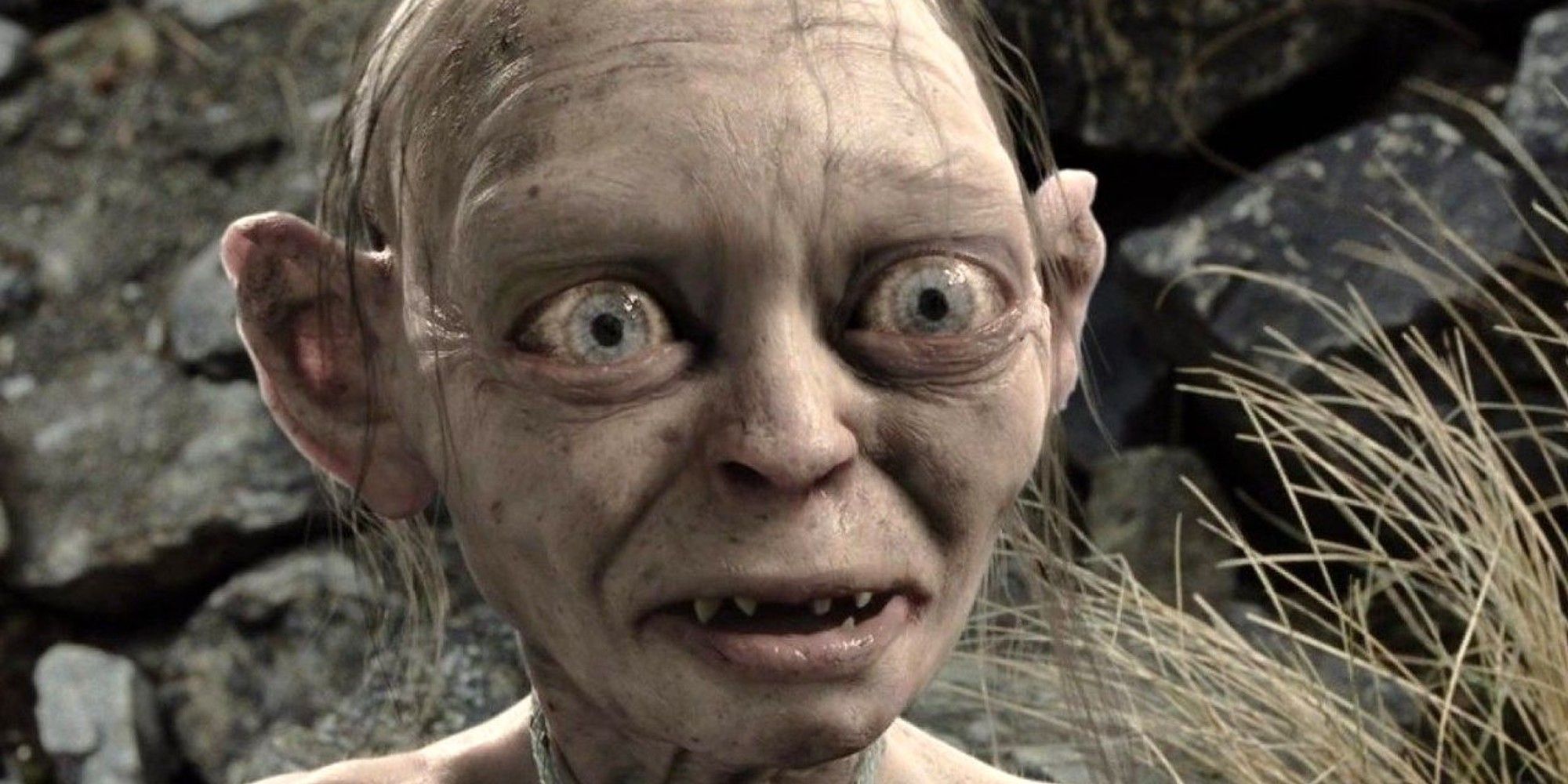 As you likely noticed from that list, Serkis' most iconic roles have been mediated through motion capture. Though Serkis has said that he was initially frustrated when asked to audition for Gollum — an animated character in a trilogy full of "real" parts — he has since become a fierce advocate for the technique and the performers who specialize in it. Though his face occasionally appears on screen, notably as Alfred in The Batman and Ulysses Klaue in Black Panther, his career has been defined through roles that put a layer of digital art between his face and his audience.

But, for three episodes of Andor, Serkis returned to the Star Wars universe to give what may be the finest performance of his career. And, as surprising as it seems, he got to do it while looking like himself.

Serkis served as the emotional core of the show's three-episode prison arc, which began with Cassian Andor's arrival on Narkina 5 and ended this week with a heart-pumping, emotionally overwhelming riot and escape. As Kino Loy, Serkis embodied the kind of prisoner Cassian most needed to reach in order to have any hope of escaping. Though a prisoner himself, Loy has earned a measure of power, working as the floor manager overseeing Cassian's section of the isolated prison. When he's first introduced, he is hard and mean, barking orders at his fellow prisoners as they toil building parts for the Empire. But, when Andor arrives, Kino and the rest of the prisoners learn that the Public Order Resentencing Directive, which has doubled their sentences, is not being discussed on the outside. Cassian hasn't even heard of it. No one, it seems, is coming to help them. 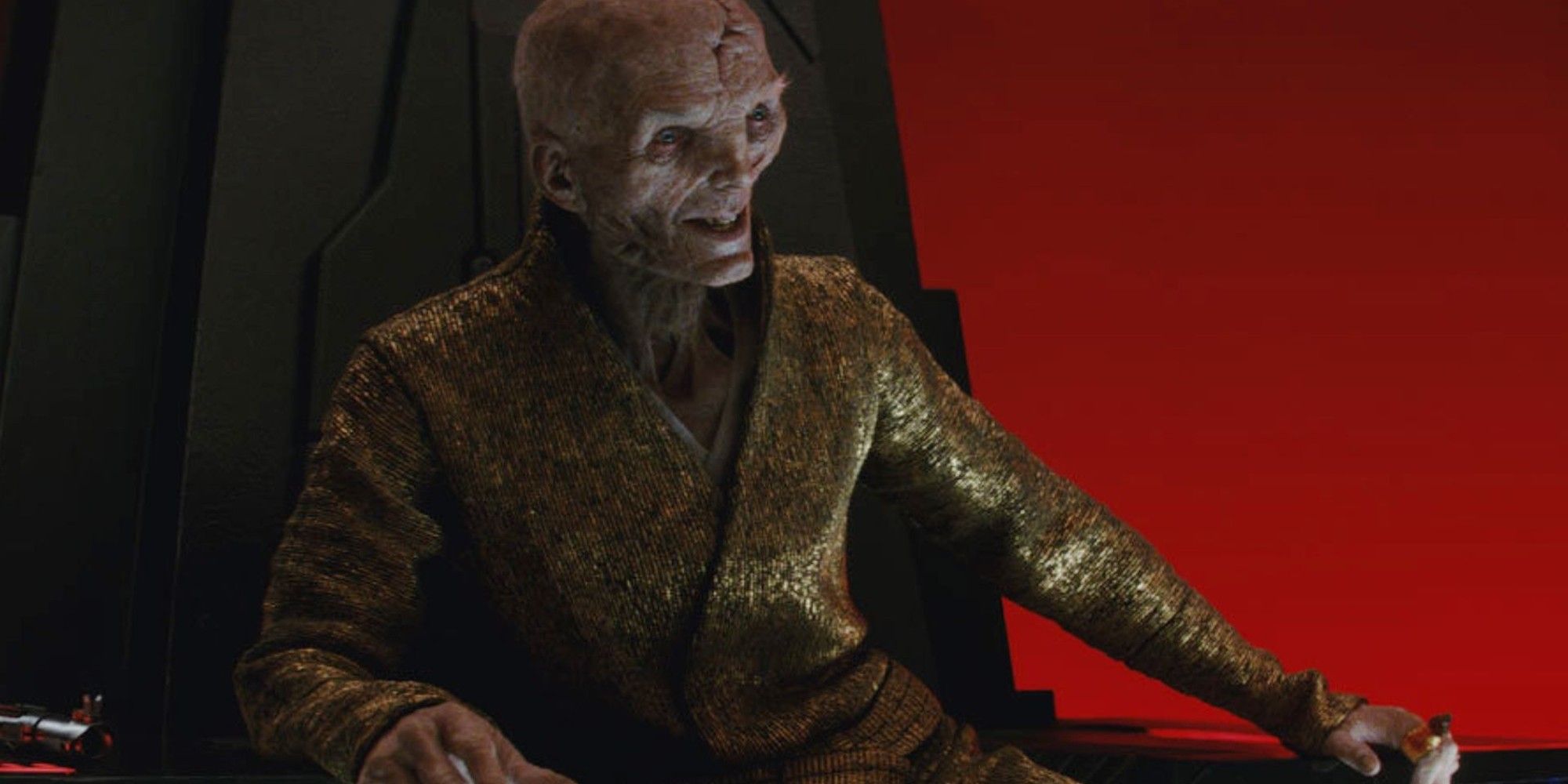 In the next episode, Nobody's Listening!, Kino and Andor talk to a doctor who moves between the floors when he comes to provide medical attention to Ulaf, an old prisoner who dies from a stroke. They find out that an entire floor of prisoners has been killed. The men were "fried" — shocked by the electrified floor at its highest setting — after a man who had just been "freed" was resentenced to a floor where the inmates recognized him, causing word to spread that the men aren't actually getting out when their sentences are up. When Kino learns this — that despite his good behavior he has no chance of escape and may be killed if he remains — we see his steely exterior break. It's here that Serkis' wonderfully expressive face, his greatest asset as a motion capture performer, sells the character's transformation. Though Cassian has been pelting him with questions about the number of guards on a shift for much of the episode, it's here that he finally breaks down and tells him: "Never more than 12."

Over the course of the next episode, One Way Out, Cassian helps Kino to stand up and become the leader the men need. That development has to happen quickly because Ulaf's replacement will be arriving the next day, and their plan relies on seizing the lift as a guard brings the new prisoner down to the factory floor. But, Cassian successfully convinces him, and the two men lead the riot that results in freedom for all of Narkina 5's prisoners.

Well, provided that they can swim. In the episodes' most gut-wrenching moment, the stampede of men reaches the precipice where the prison overlooks the water below. At that moment, Cassian and the audience can see on Kino's face that something is wrong. "I can't swim," he says. Before he can help, can come up with a potential solution, the crowd forces Cassian off the ledge. 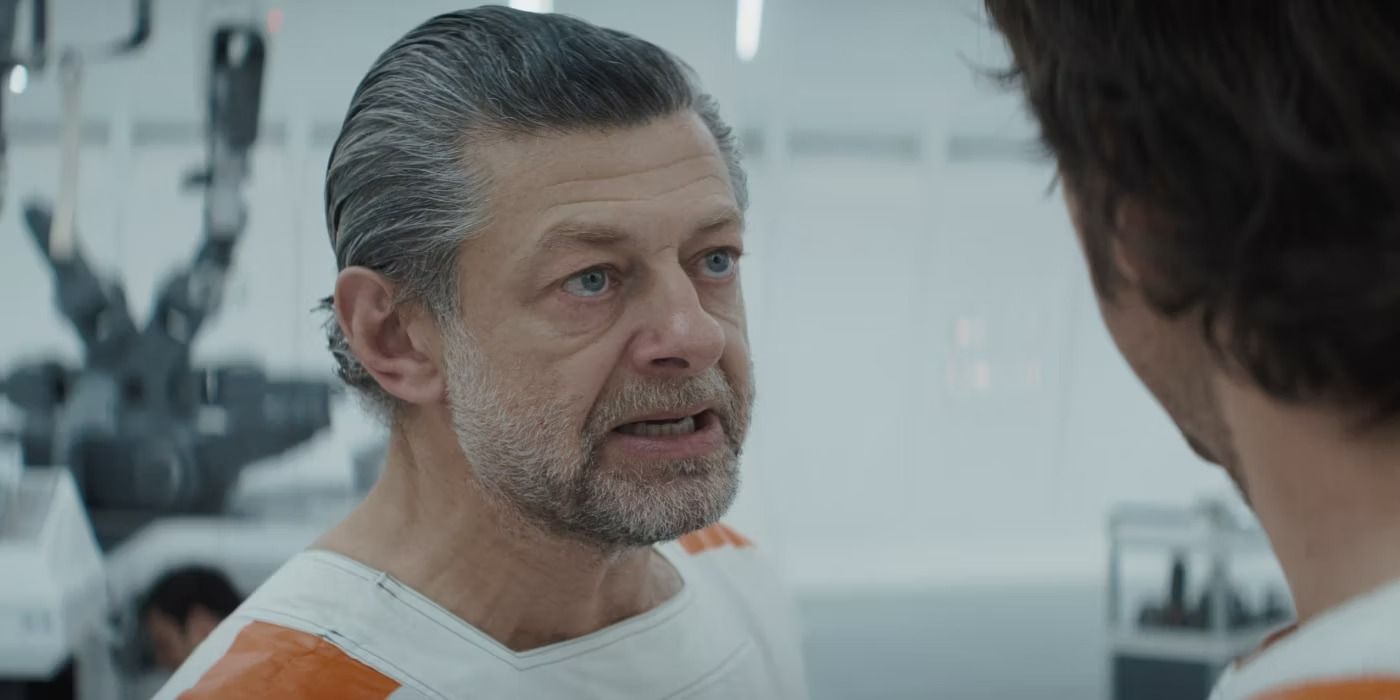 In that moment, we understand that we have only been able to see the tragic tip of the iceberg beneath Kino's actions. When he decided to help Cassian, it was with the knowledge that it would not fix his plight. His visible fear when they reach the edge suggests that he may have been able to convince himself that he would figure something out in the moment. But, deep down, it seems that Kino knew that he could free his fellow prisoners, but wouldn't be able to free himself. All of this adds pathos to his journey to that point. Kino didn't just make the decision to stand against the Empire out of self-interest. Cassian convinced him to sacrifice his life.

Serkis plays each step of this journey to note perfection. First, Kino is full of bluster, confident that his service will gain his freedom if he is a successfully overbearing taskmaster. Then, he lets us see his confidence erode. And, finally, we see new confidence in the face of fear, as he leads the riot and, at Cassian's urging, steps up to give the speech over the loudspeaker that urges the men to take action. It's a wonderfully emotional performance. In Serkis' speech, he embodies the catharsis of rebellion.

Serkis's performances have filled me with emotion over the years. Fear, sadness, empathy. And, as Kino Loy, hope.