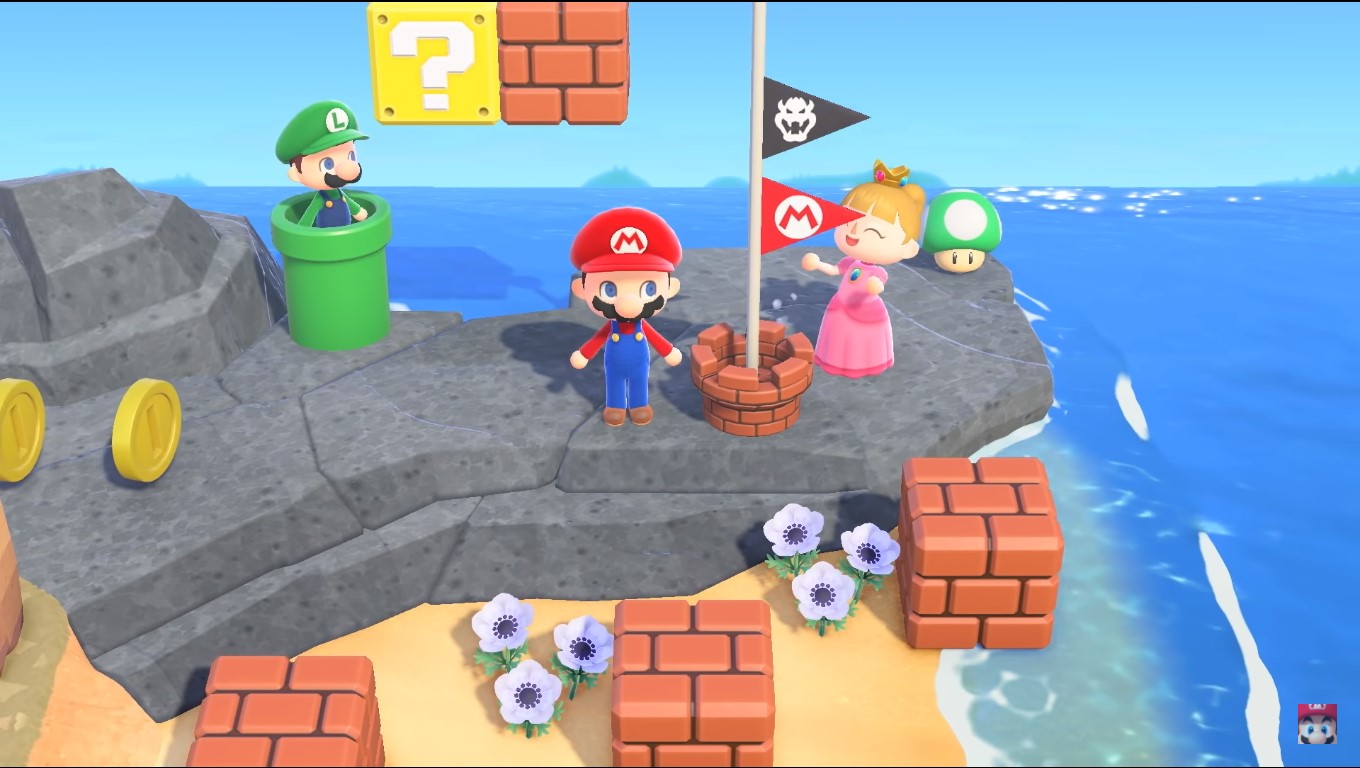 Nintendo Switch blockbuster Animal Crossing: New Horizons will be a year old this month and to commemorate the fact a huge collection of new Super Mario themed items has been released.

Rather than being something you craft, or have to exchange for Nook Points, the items are just ordinary purchases you pay for using bells, assuming you have enough money.

To buy the Super Mario items just go to Nook Shopping, which is an option at the cash machine like device in the Resident Services building or which you may have as a separate app on your in-game mobile phone.

Choose Special Goods and go to the Promotions tab, by clicking the ‘L’ or ‘R’ button, and you can choose to buy whatever you have the money for. Before you do though, bear in mind that you can only order five items per day and it’ll take a day for them to arrive in the post.

If you’ve logged in any time in the last few days, you’ll have got the Mushroom mural for free though, via the post, so there’s no need to get that again now.

Almost all of the items are interactive in some way, such as the Thwomp that goes up and down or the ? Block but some of them are even more involved than that, as the Pipes can be set-up so that if you go down one you appear in another on your island – allowing you to set up a super useful shortcut.

Together with the Goal Pole that means you can essentially set up your own Mario course to run around on, although of course your villager can’t jump.

Even without all the Mario stuff there’s still a lot of new items and creatures available this month, as it’s the start of bamboo growing season, so if you harvest some now (by hitting it with a flimsy or stone axe) you’ll get ‘young spring bamboo’ instead of the regular kind.

Balloons and message bottles will also occasionally include bamboo related DIY recipes, while if you check the Seasonal section of Nook Shopping you’ll find a π pie is currently available, because it’s Pi Day on March 14.