Apex Legends: All Legends Ages, Home Planets And Reasons For Joining The Games

As one of the biggest free-to-play online battle royale games currently in the gaming world, Apex Legends has some really well-designed characters. As many fans know, the game that we play is a televised event in the Apex World, known as the Apex Games. The details put into the game could be why many gamers believe Battle Royale’s are here to stay.

In the world of Apex, the Syndicate is the ”company” that runs the games and they also rule over seven planets that make up something called Syndicate Space. All of the Legends have their own stories as to what their lives were like before the Apex games and exactly why they decided to join. 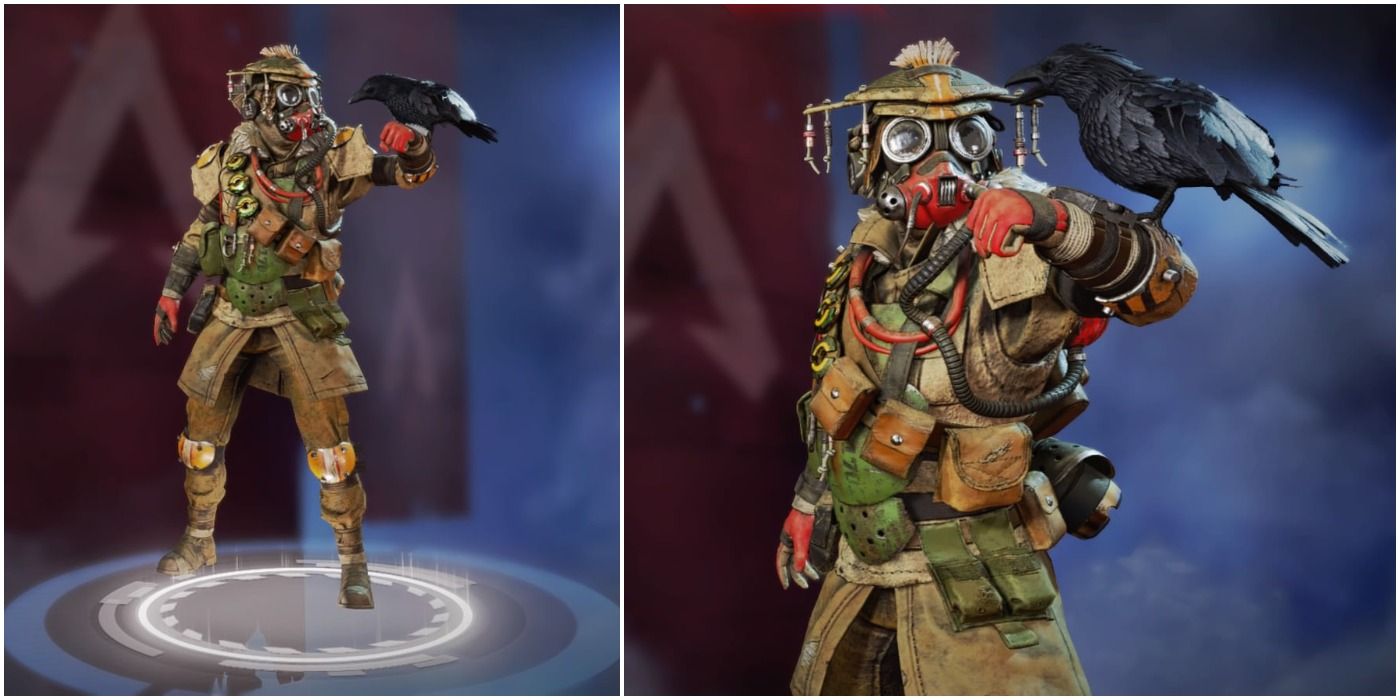 Reason For Joining: There doesn’t seem to be a specific reason that Bloodhound joined the games. Nobody even knows their real name, so they are definitely a mystery. However, from the little that is known about them – it seems to be that they believe that fate had brought them to the games.

Perhaps they believed that their skills as a technological tracker were destined to be used in the Apex Games for a different purpose? It seems that fans are not going to get to know any more about this mysterious Legend any time soon. 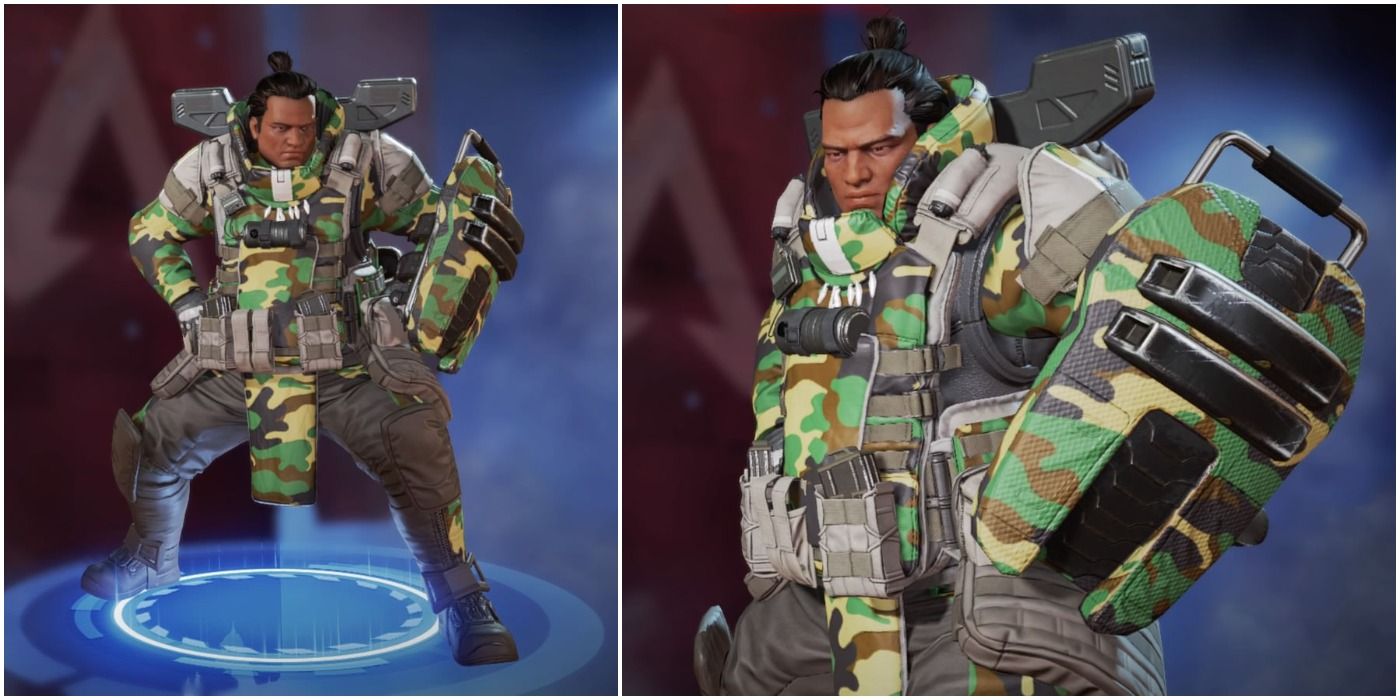 Reason For Joining: Gibraltar’s reason is rather noble and sweet compared to some of the other Legends. Many of his friends joined the Apex Games to earn some money (it seems to be money is hard to earn in Syndicate Space from the things that we know).

Gibraltar, fondly known as Gibby among fans, joined to help his friends and to protect them whilst they were in the games. A selfless trait that seems to be something that he has had since birth. 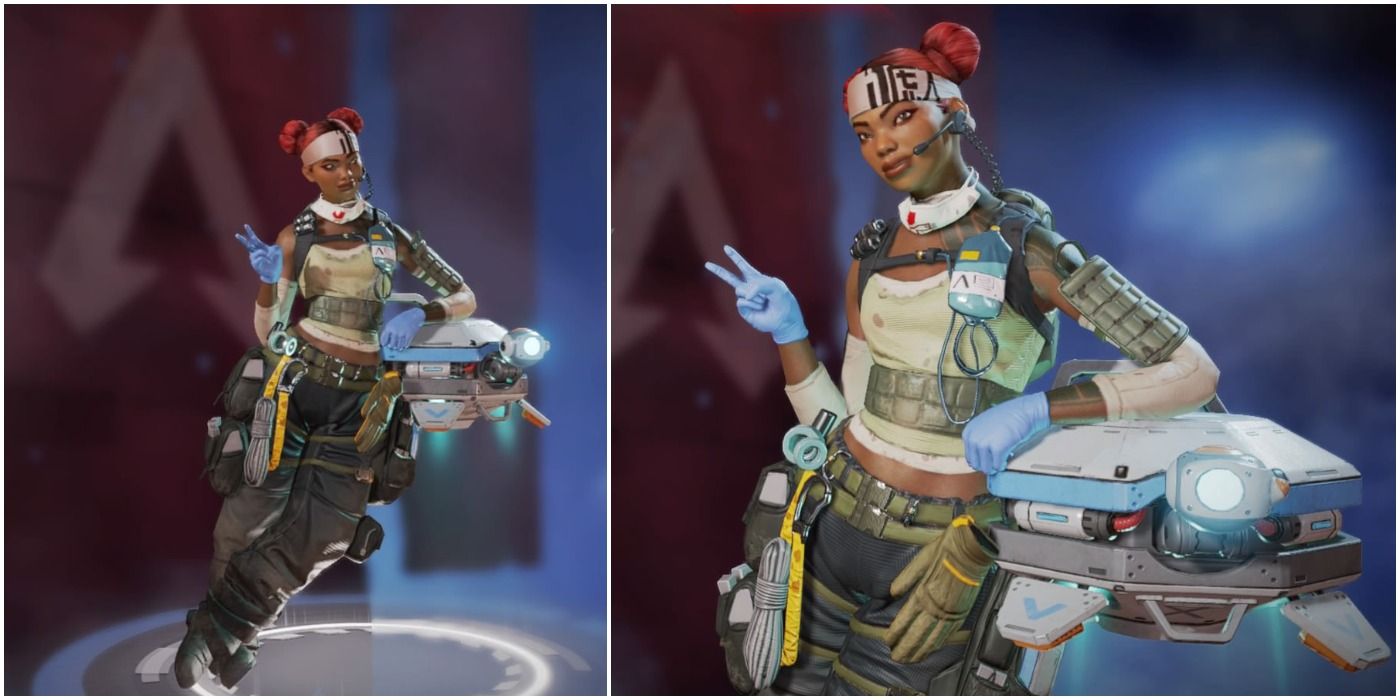 Reason For Joining: Her parents were wealthy and they gained their wealth by making a profit from the many wars devastating planets. When Lifeline learned about this, she ran away from her home and joined a charity that was helping communities affected by and in the warzones.

She joined the Apex Games to give the money that she wins to the charity. 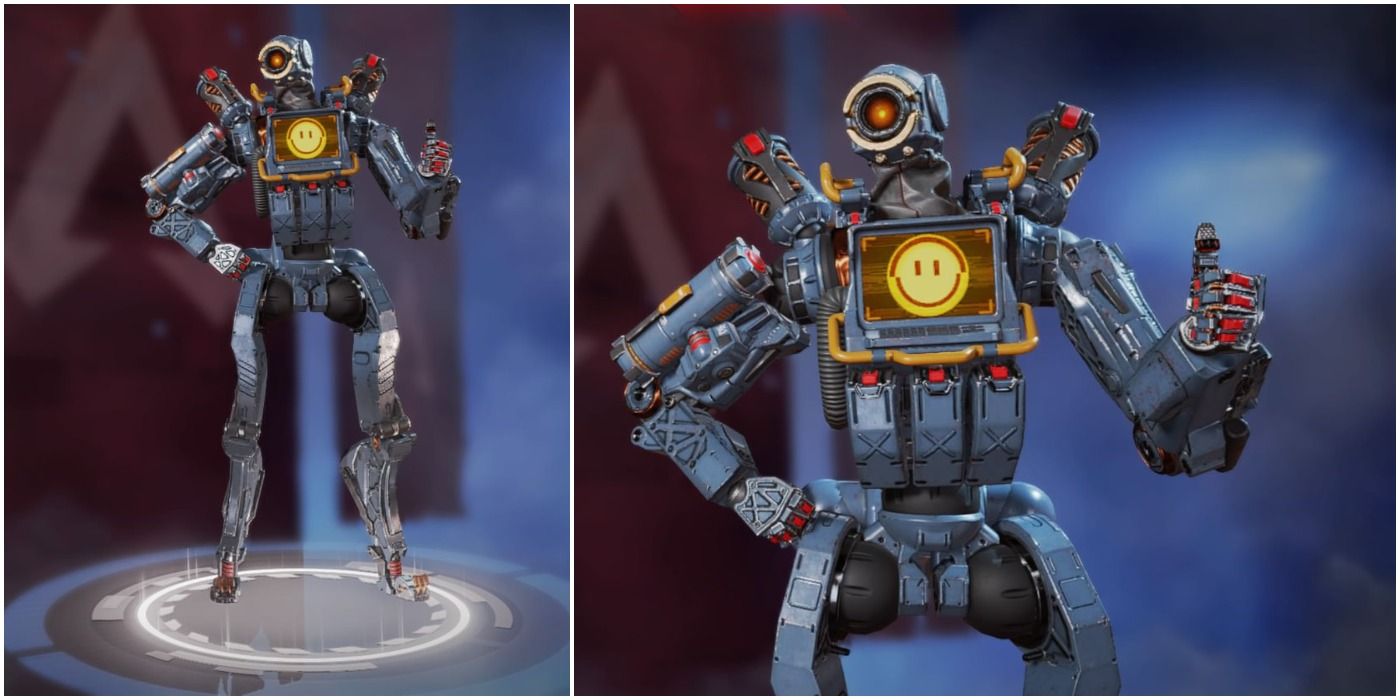 Reason For Joining: Pathfinder wants to find out who made him and what his purpose in life is. He joined the games in an attempt to gain the attention of his creators if they are out there.

His optimism never fails and many fans hope that one day his quest will be rewarded with the answers he desires. 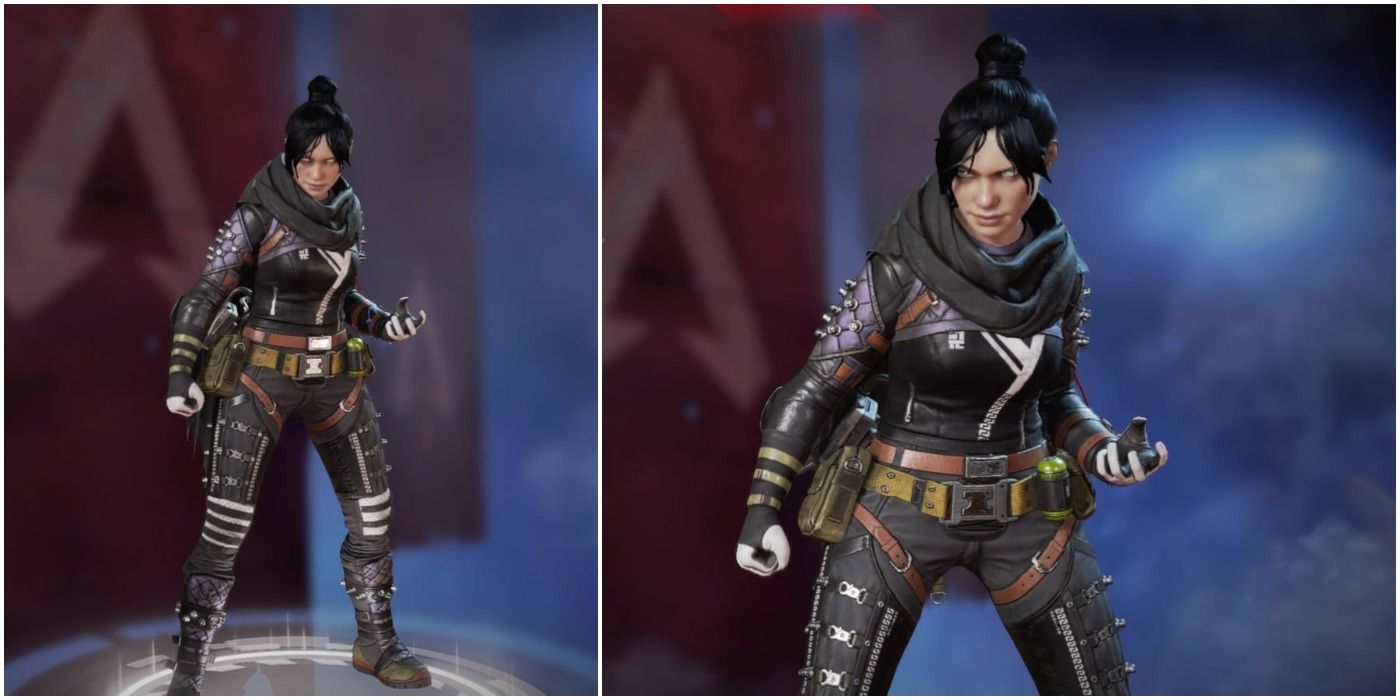 Reason For Joining: Wraith woke up in a detention center with unexplained powers and voices in her head but with no memory of who she was, or how she got there. After getting a pep talk from her future self, she broke out of the center.

Wraith then joined the Apex Games to gain access to the science facilities that are owned by the same company that owned the facility she woke up in, the IMC. A lot like Pathfinder, she wants to find out who she is, or moreover, who she was. 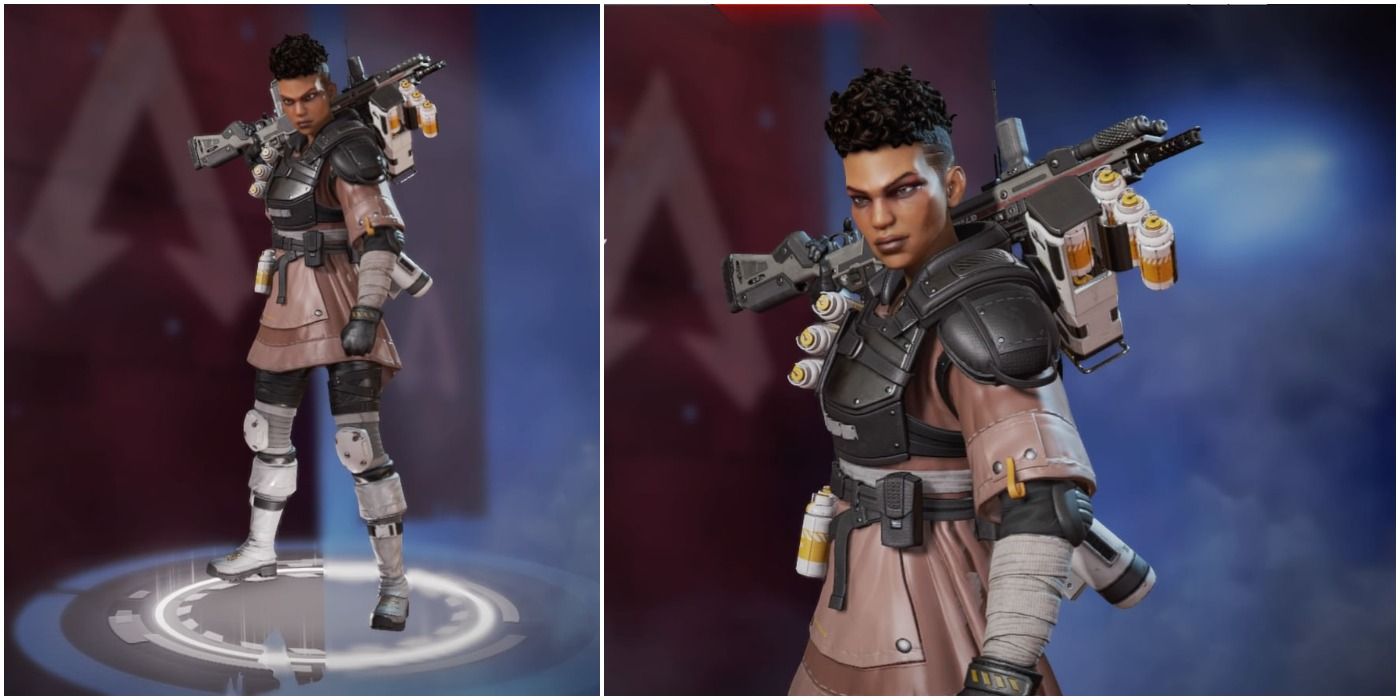 Reason For Joining: After an attack on a ship that she was on potentially killed her brother, the ship crash-landed on a planet that was under the control of the Syndicate.

Bangalore joined the Apex Games to earn money. She wants to use this to find a pilot that would take her on the very very long journey back to her planet to see her family. 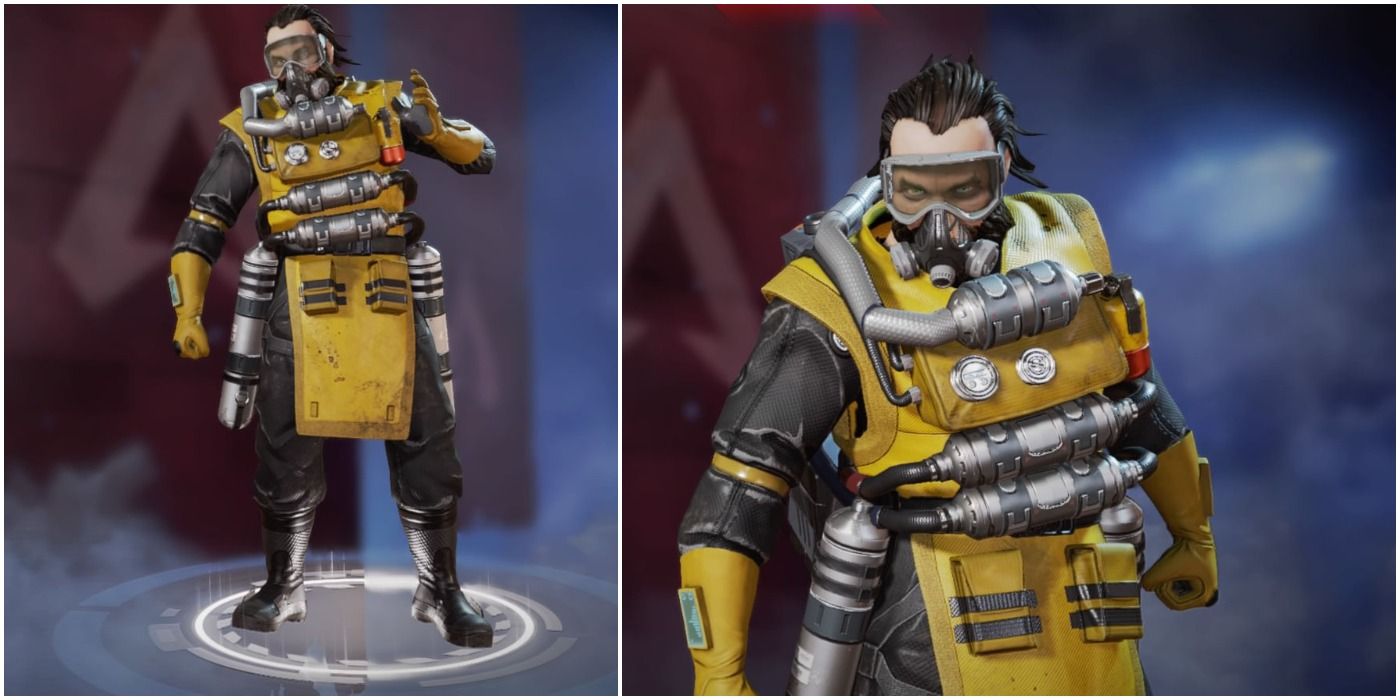 Reason For Joining: Caustic’s reason for joining is a little bit sadistic in all honesty. He was a very smart scientist that worked for a company that designed chemicals to keep bugs off of valuable food crops. He wanted to and did begin to test his darker chemical inventions on living things. His boss found out, long story short it ended with his lab going up in flames.

Caustic joined the Apex Games to continue his dark experiments on the other competitors. There’s a reason his gas attacks feel brutal and cold. 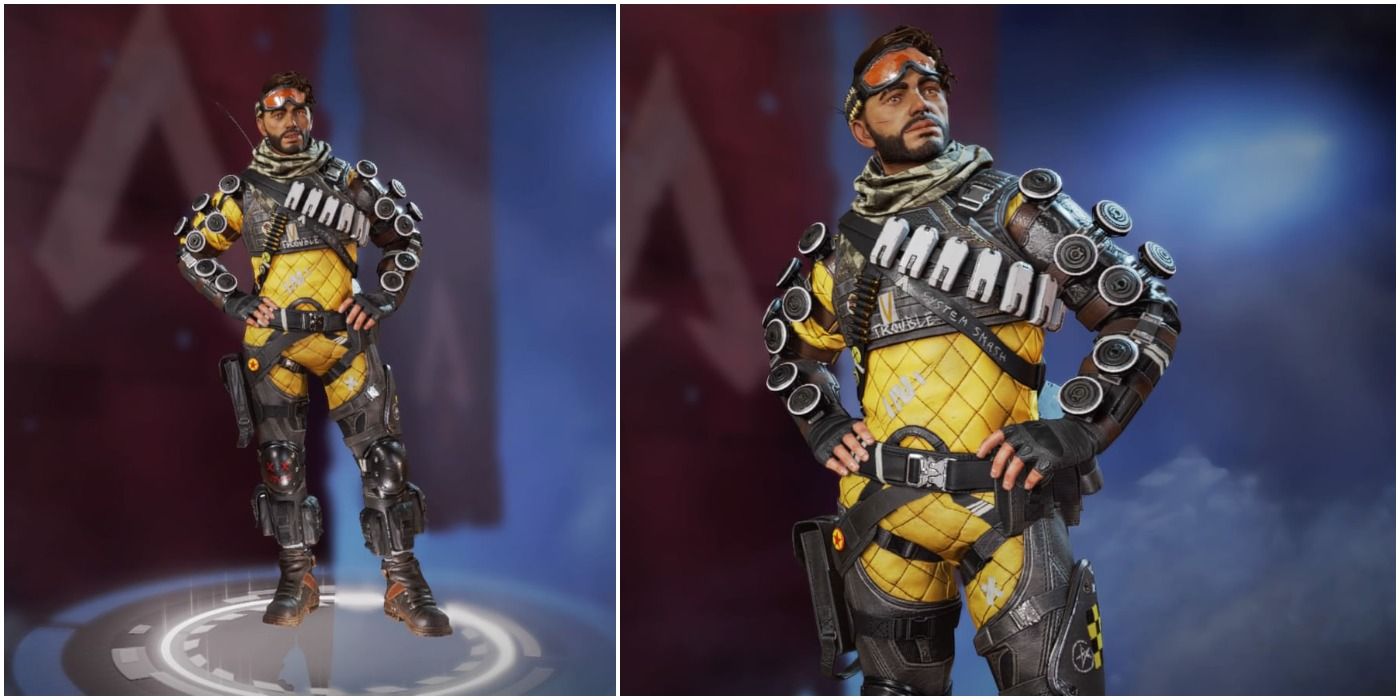 Reason For Joining: His brothers went missing during the wars so it ended up being just him and his mother. He worked as a bartender but he seemed to be barely making enough money.

Mirage joined the Apex Games to make money but also, everyone’s favorite show-off did it for the glory too. 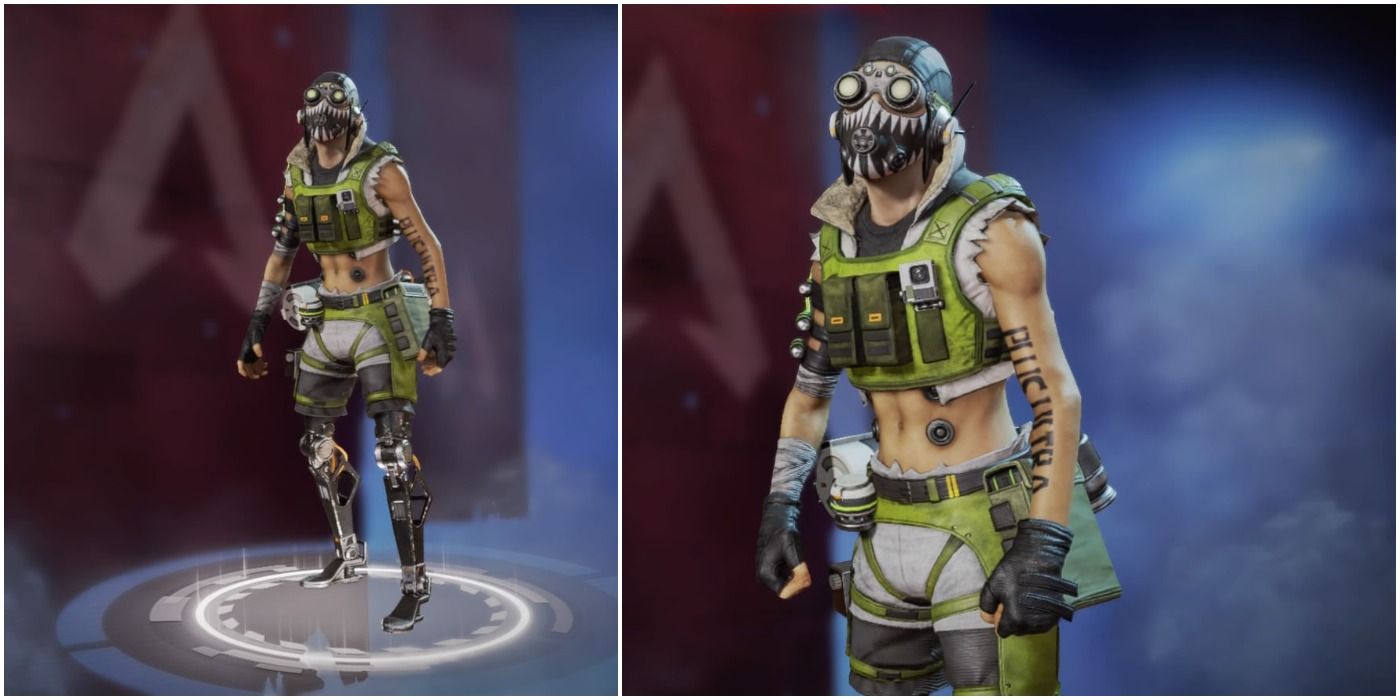 Reason For Joining: After a dare-devil stunt left him without his legs, Octane asked Lifeline (a confirmed old friend) to fake documents that would give him bionic legs. She did this and Octane got his bionic legs.

Soon after this, he decided that his old dare-devil tricks were boring and he was going to step up his game. He joined the Apex Games for the adrenaline rush. 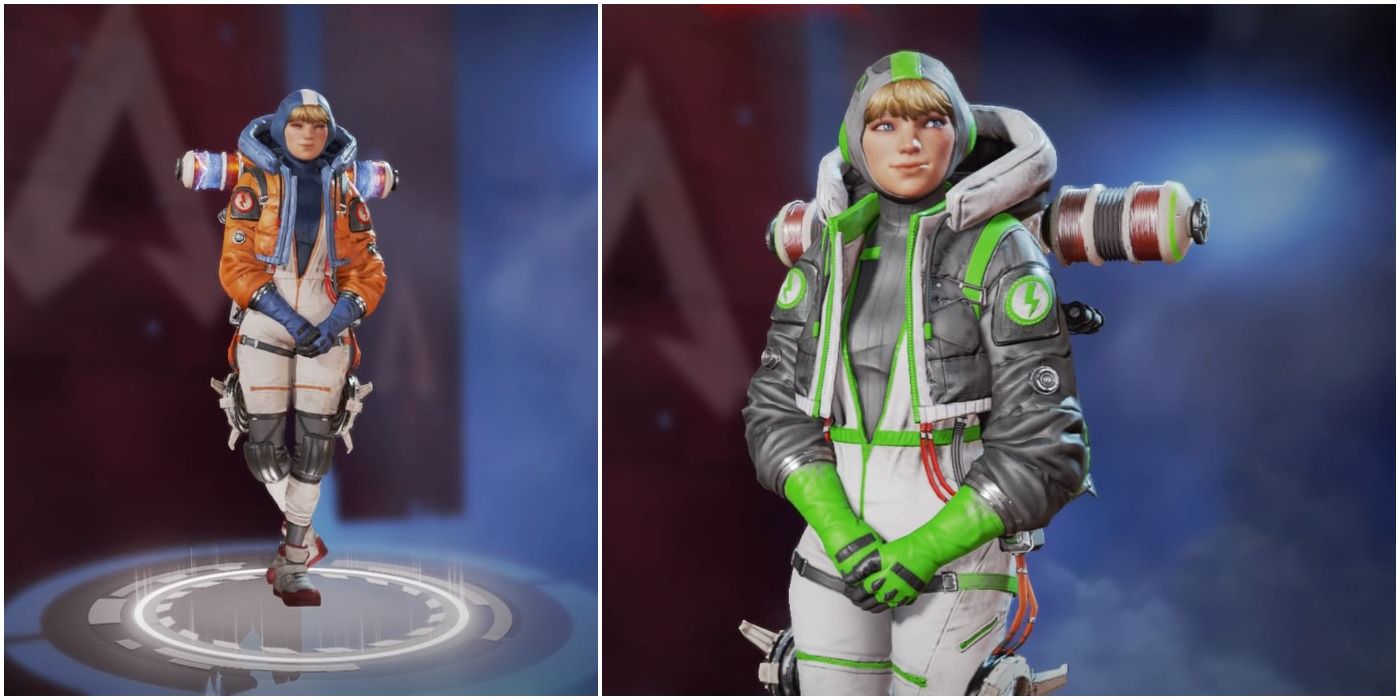 Reason For Joining: Her father was the lead electrical engineer for the Apex Games. She studied under him and became so good at it that she was asked to make the ring. (Yes – the same ring that you need to watch out for every single match).

Sadly, Wattson’s father passed away on the same day the final ring was revealed. This really devastated her but some of the other Legends invited her to join them. Wattson is a fan favorite and considered to be one of the best Legends in the latest season. 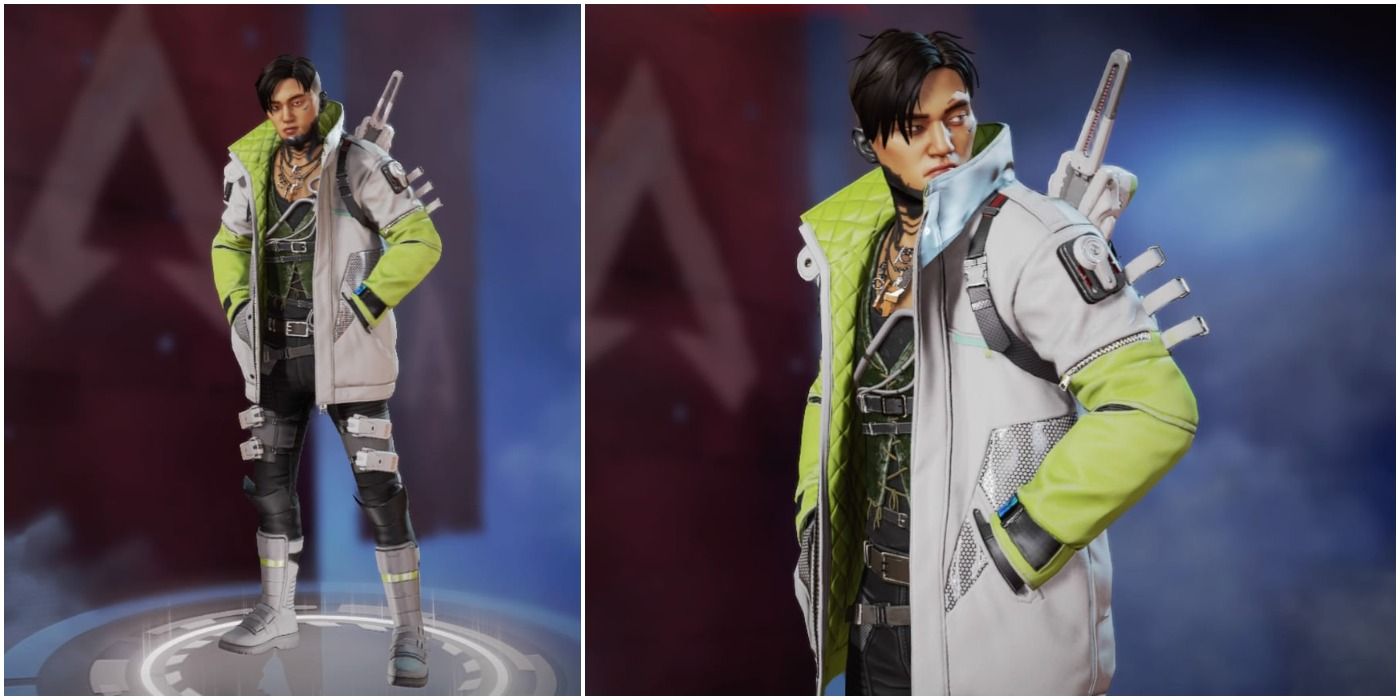 Reason For Joining: Alongside his foster sister, he accidentally found an algorithm that could tell what would happen in the games each match. After discovering this, his sister vanished and Crypto would later be framed for her death.

Instead of running, he joined the Apex Games to find out who framed him. He’s essentially hiding in plain sight. 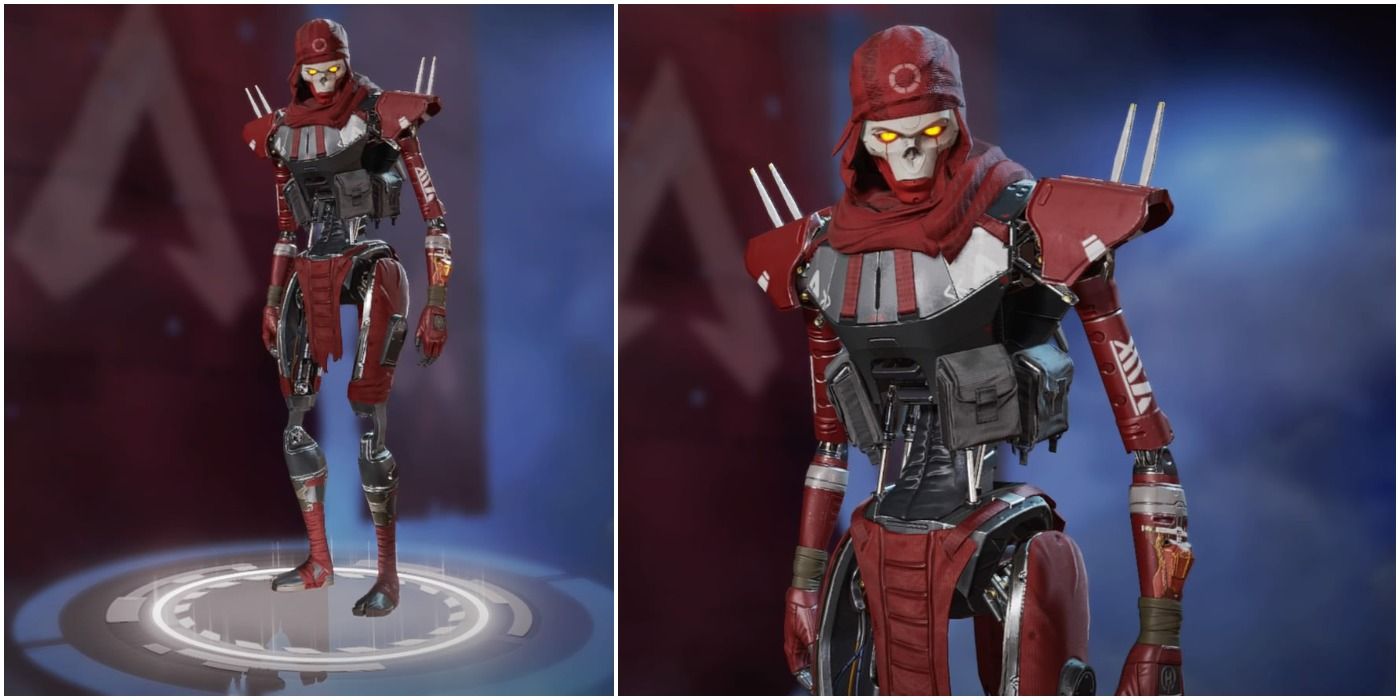 Age: Unknown (Though looking at his backstory, it is safe to assume he is well over 200 years old)

Reason For Joining: Revenant spent a long time as a mercenary for the Syndicate. He also believed that he was entirely human until a fateful mission (where he murders Loba’s parents) showed him what he really was. He had been turned into a simulacrum robot by the Syndicate and programmed to think he was human.

After realizing what he had become, he wanted vengeance on those who did this to him. As time passed he thought this impossible until Hammond Robotics popped back up again (they had a part in making him too). Revenant is on a vengeful killing spree, good luck to anyone who gets in his way! 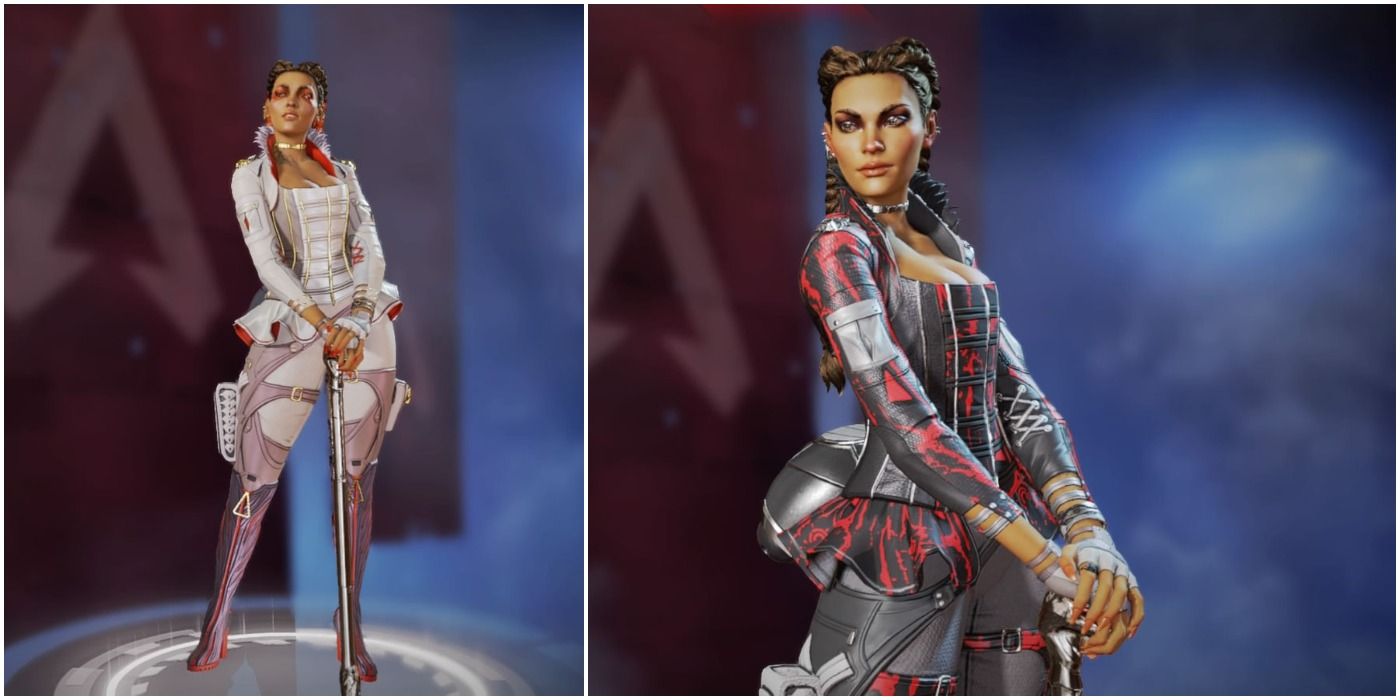 Reason For Joining: Revenant killed her parents right in front of her when she was a little girl. Naturally, she’s still fuming about it and she wants to get her revenge. (This seems to be a reoccurring theme throughout the Apex World).

She spent her life becoming a brilliant thief and she puts her skills to use in the Apex Games. Her skills also allow her to have one of the best finishing moves in the game. 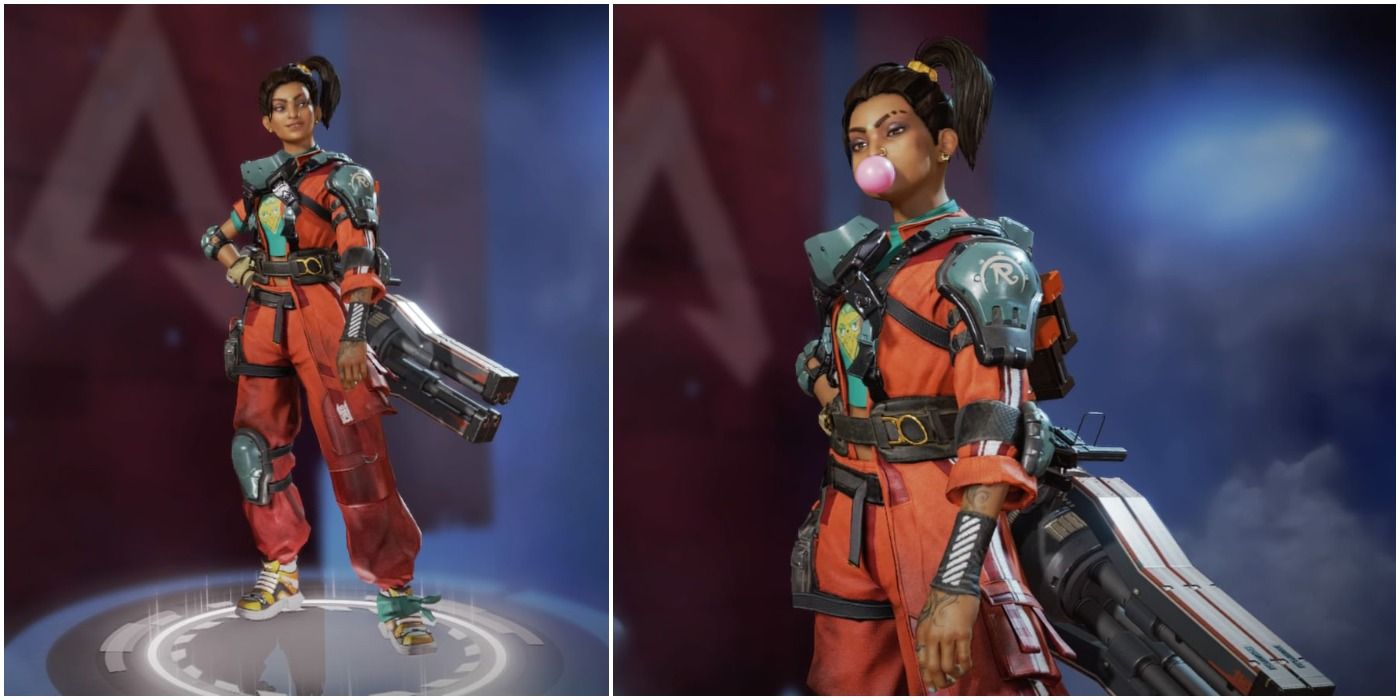 Reason For Joining: Rampart owned a modification shop and became extremely popular on the underground scene. She took work from anybody, including the Syndicate. She was kind of boastful, telling everyone and anyone how bad they were compared to her. This is thought to be the reason why her shop was attacked and burned down one night.

In the smoldering remains of her shop, there was an Apex card waiting for her. With nothing left at her shop, she joined the Apex Games. 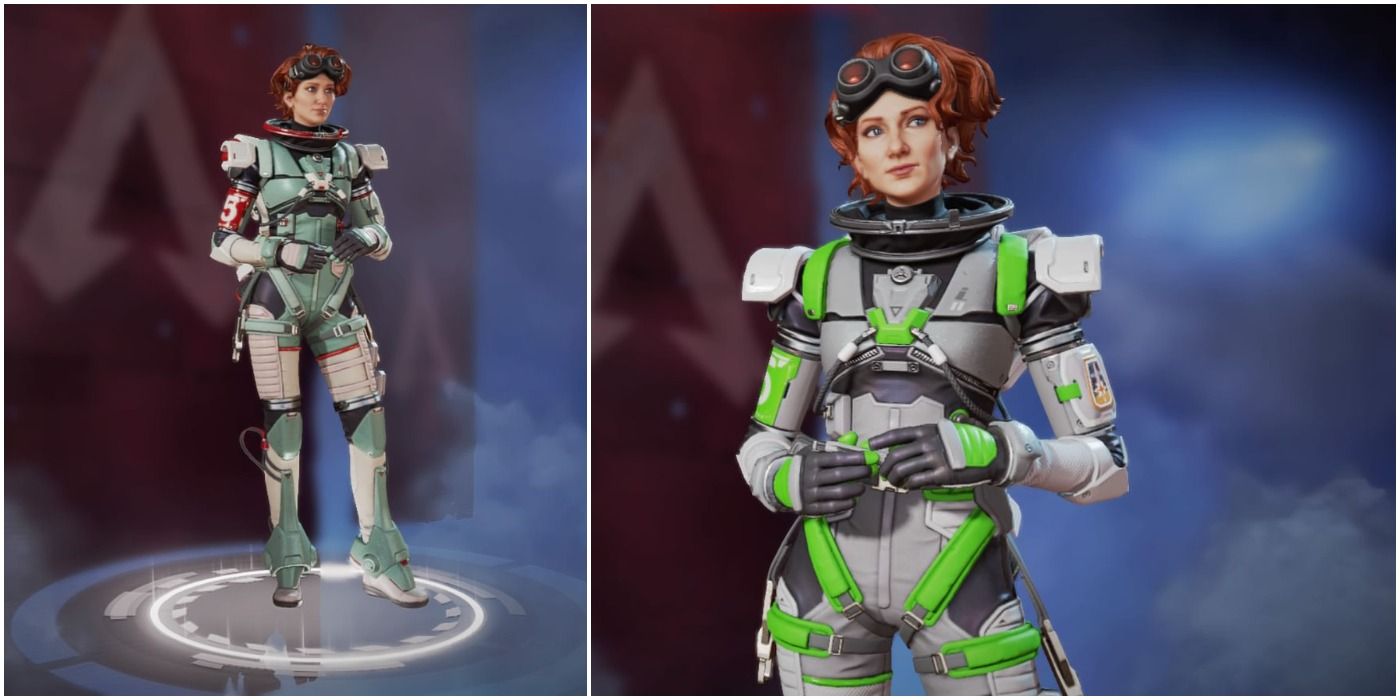 Reason For Joining: Horizon’s reason is a little sad compared to the rest of the Legends. She was betrayed by her scientific partner when they were on a dangerous mission to collect a rare material from a black hole. Her partner forced her into the black hole but she managed to escape eventually.

Unfortunately, time works a bit weirdly in black hole’s and 87 years had passed by. Horizon joined the Apex Games to make money for her research so that she can hopefully get back to her son one day. 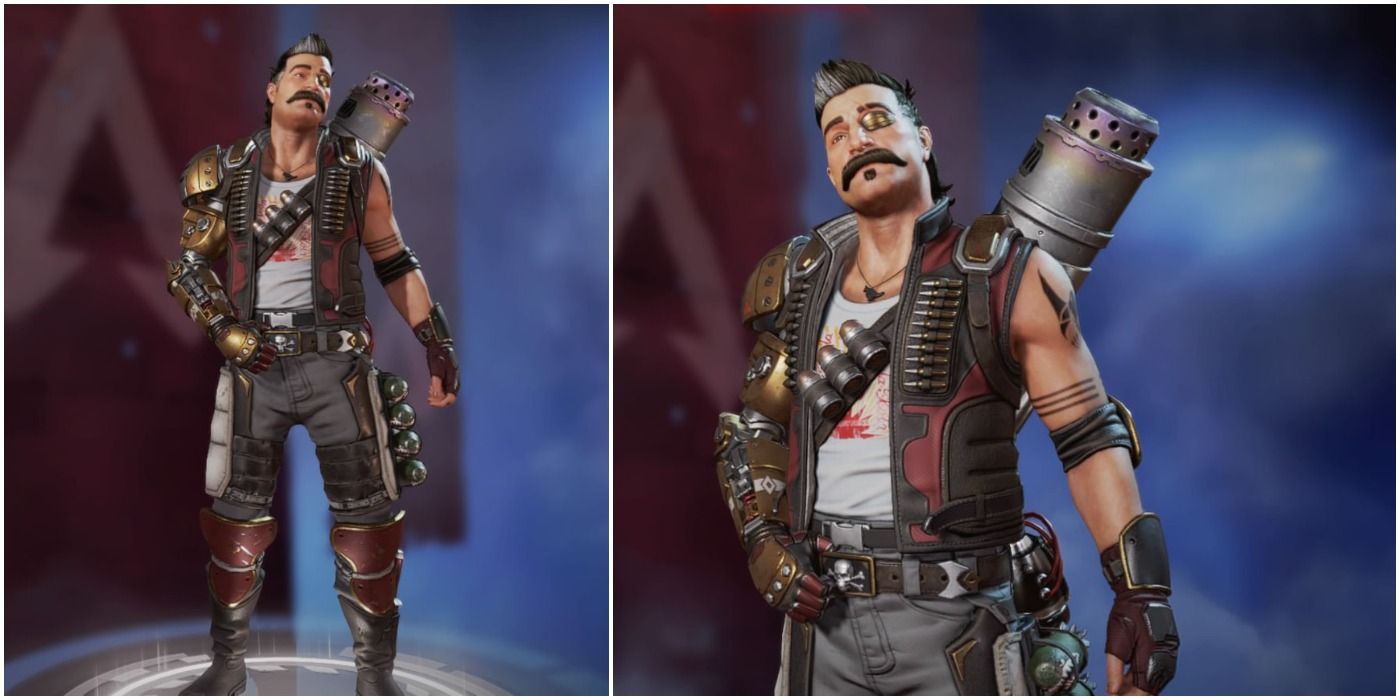 Reason For Joining: Fuse was the best gladiator in his home planet’s blood-sport, The Bonecage. Although he was very successful there, he wanted to join the Apex Games – the biggest blood-sport in the galaxy.

When his planet, Salvo, came under the rule of the Syndicate he finally had the chance to join. His childhood friend Mad Maggie was not happy about him leaving, so she blew his arm off with a grenade. He still joined the Apex Games and fans know, Maggie was not going to leave him alone. 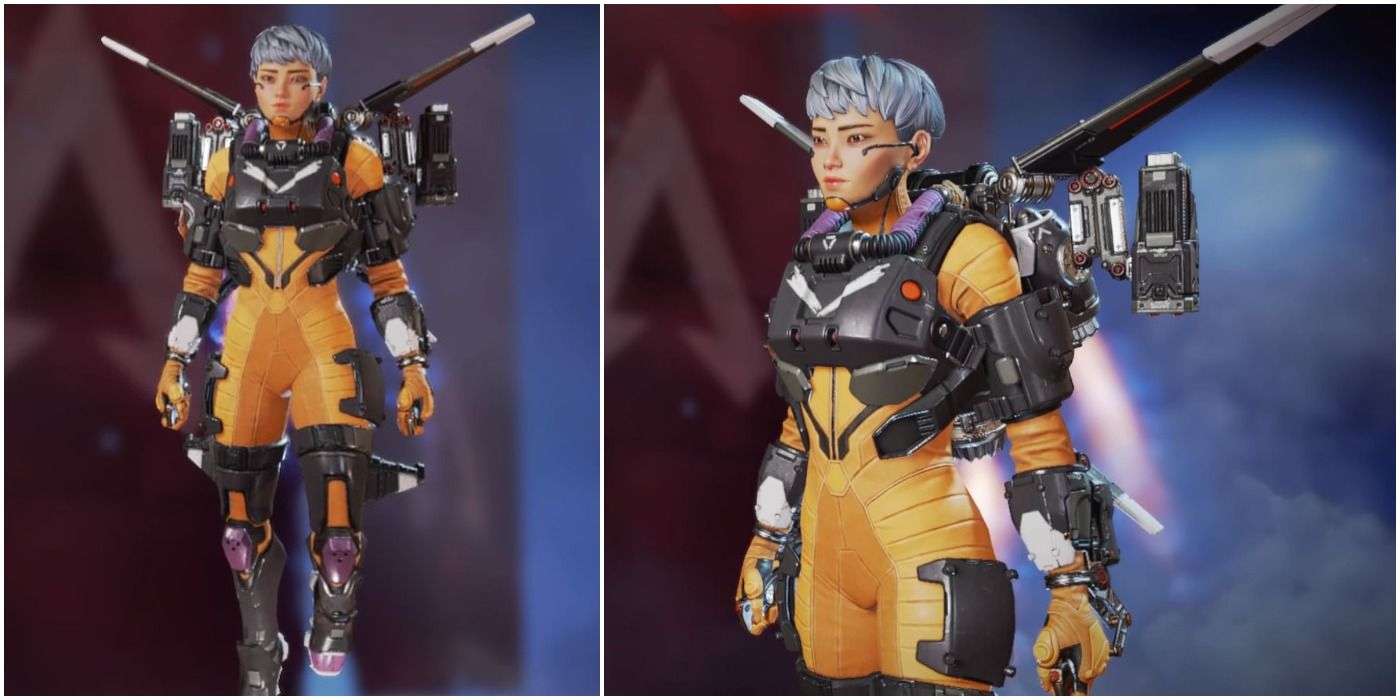 Reason For Joining: Her father was a titan pilot that disappeared and never returned. As she grew up she worked as a cargo smuggler. She spent a long time tracking down the man she thought was responsible for what happened to her father, his commander.

When she did find him, he gave a decent enough speech about her father and her potential to be more. She shot him anyway. However, she didn’t kill him – just injured him. After shooting him, she takes the Apex Card out of his possession then designs her own jetpack and joins the Apex Games. The rest is history.