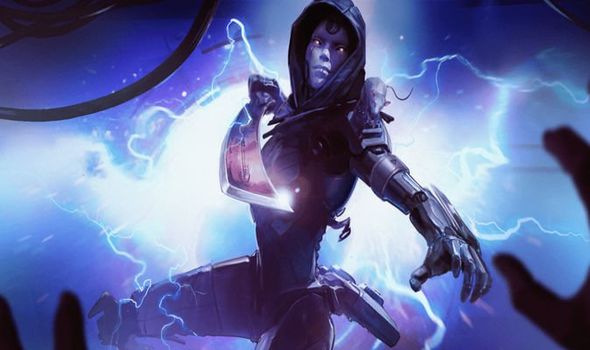 Apex Legends Season 11 is arriving in early November and looks set to include a new playable character and a possible map expansion.

The first details of the update were shared today by Respawn, who seem confident fans are going to enjoy what they have planned.

The official name for the new season is Apex Legends: Escape, and will introduce a variety of new “game-changing updates” that Respawn says will shake up the competition of the Apex Games.

The next major update will introduce a familiar face as the game’s newest Legend: Ash. More than just the overseer of Arenas, and now, fully rebuilt, Ash is a simulacrum made from the woman who once was Dr. Ashleigh Reid.

“A trace of Leigh still remains within Ash, igniting its own connections to another Doctor in the Arena.

“Ash’s problems are all in her head…but that’s the most dangerous place they could be. Who is Ash, and who is Leigh?”

Expanding the lore of any game is always a popular move with fans and as this will pull someone directly from Titanfall, there’s going to be a lot of interest.

And fans don’t have to wait long for the fun to start, as it’s been confirmed that the Apex Legends Season 11 release date has been scheduled for November 2, 2021.

That means gamers have just over two weeks until the next character launches on PS4, Xbox One and PC platforms.

There have also been hints that a new map will be added, but we’ll have to wait for more news to be shared over the coming days before that is officially confirmed.

And here’s everything that has been revealed so far about the launch of Apex Legends Season 11 and what that will contain:

A STORM IS BREWING – No matter how beautiful it seems, every corner of the Outlands is a dangerous place. You’d be wise to remember that.

NEW WEAPON: C.A.R. SMG – A flexible weapon, the C.A.R. SMG is the gun for when you’re ready to make a stand and become the last Legend still standing.

NEW RANKED SEASON – Prove yourself in Ranked and go down as one of the greats.