Assassin’s Creed Odyssey: How To Find And Defeat The Minotaur

With so much to draw from, it would almost be a waste if Assassin’s Creed Odyssey didn’t at least dip its toes into Greek mythology’s vast pool of legendary monsters. As a result, it should come as no surprise that The Gates of Atlantis mission brings a whopping four mythological monsters into the game. One of the trickiest out of these four is the beastly Minotaur — if you’re having trouble navigating the labyrinth, we’ll lead you on the right path to find and defeat the Minotaur.

Before you can start any of the quests related to hunting down a mythical beast, you first need to have completed the United Front quest in Story Sequence 7. Once you’ve done that you will get a side quest called A Family’s Legacy, which will lead you to the gates of Atlantis. Once you’ve done this, head to Messara to start the Myths and Minotaurs quest.

There will be three quests you need to complete in this chain before facing off with the Minotaur himself. 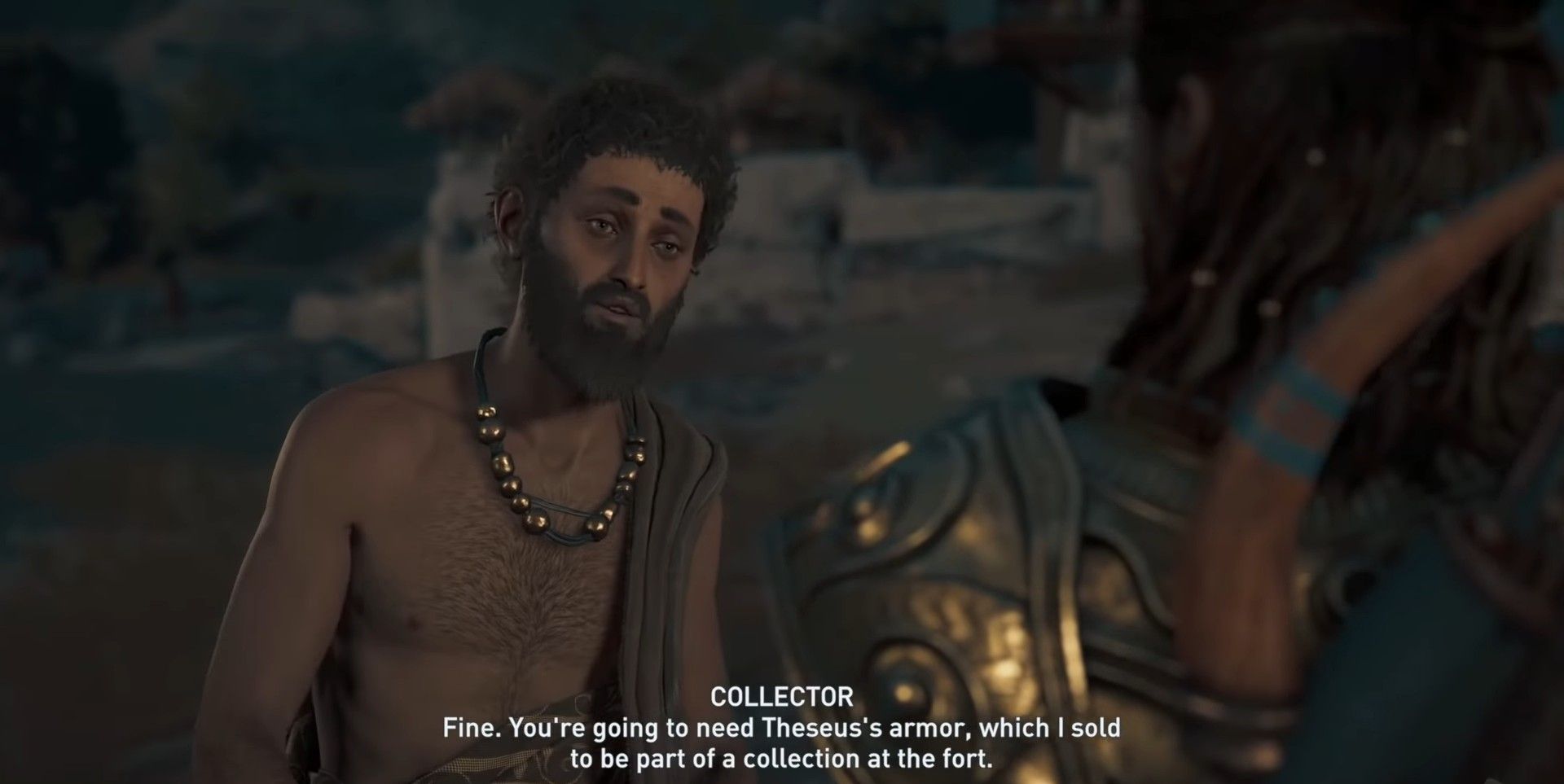 This quest has you meet a man in the village of Gortyn to learn about Theseus’ armor, which he has already sold. As a result, all he can do is send you out to track it down yourself. It’s a simple run over to the Diadalos Fort where you can sneak — or fight — your way into the armory to loot the armor.

Your next stop is to find Ardos’ caretaker, though when you arrive at his home you learn that he has been taken prisoner and is in need of rescue. If you wait until nightfall it will be almost too easy to sneak into the town, free the old man, and sneak out again without having to fight any guards at all.

Blood In The Water

Your last step before getting to the labyrinth is to find a mercenary who goes by the name Swordfish in Octopus Bay. Ask around the market until you find someone willing to talk. He’ll point you to a specific cave you need to enter after doing some tasks for various people in the town. Once you have the location, dive down and enter Swordfish’s hideout where you will have to kill him to complete the quest.

How To Navigate The Labyrinth

The final part of the quest, He Waits, will start once you return and speak to Andros. Follow him to the labyrinth and finally venture inside.

Go down the path ahead and look for a glittering rope on the ground. Follow this rope until you find Andros’ father and loot the ring off of him, and then keep using the rope as a guide until it ends at a gap. Leap across and stick to the left where you should see a skull painted on the wall. Take the very next right and jump over another pit.

Leap down from this platform, take a right to jump over two gaps, and then make a sharp right. From here you will follow the path to the right, left, right, and left one more time. This will lead you to a gate where the fight with the Minotaur finally begins.

How To Beat The Minotaur

The Minotaur isn’t the strongest of the mythical creatures, but you wouldn’t guess it by looking at him. He has a massive axe with a big range, can jump, and regularly charges at you. Start the fight by just dodging his axe swings and countering with your own strikes. Don’t stay up close for too long or he might grab you, so get a few hits in and back off to take shots with your bow from a distance.

After a cutscene around halfway through the Minotaur will start attacking faster and more frequently, but your strategy doesn’t need to change much. Keep dodging and sneaking in hits while he’s recovering, throwing in a Hero Strike and Shield Breaker when its safe. Soon enough the beast will fall.