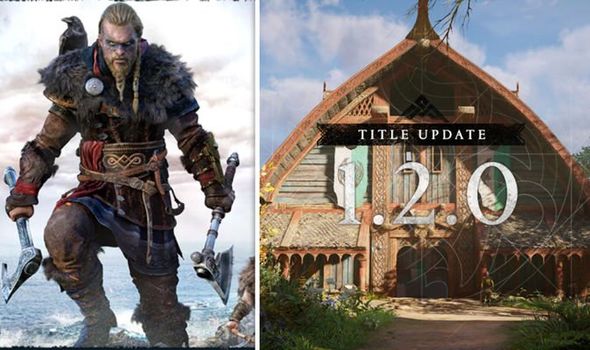 Assassin’s Creed Valhalla developer Ubisoft is gearing up to release a brand new update for the action-adventure game.

The new update will be available to download from 12pm GMT for fans playing in the UK.

The patch weighs in at around 17GB on next-gen Xbox consoles, 15GB on PC, and 12GB on PlayStation consoles and Xbox One.

As you can see from the 1.2.0 patch notes below, the new update introduces the Ostara Festival to the game.

Running from March 18 to April 8, the Ostara Festival adds some easter-themed side activities and a host of special rewards.

Other new features include the ability to change your appearance, weapons and gear. According to Ubisoft, changed items will be marked with a star in the inventory.

Needless to say, Ubisoft has also added new skills, including the Fearless Leaper ability, which adds a larger area of effect to the leap attack.

That’s on top of all the usual bug fixes, gameplay tweaks and balance updates. Check out the update 1.2.0 patch notes below.

• We added in-game support for the Ostara Festival.

• The Ostara Festival will be available from March 18 to April 8. It will feature a bloomy Ravensthorpe, some unique side activities (such as egg hunts), and special rewards.

• We added Change Appearance aka Transmog to the game.

• Change your gear and weapon appearance within the same category of items at Gunnar’s blacksmith in Ravensthorpe for 50 silver. “This piece was already exceptionally beautiful, but if there’s anyone who could improve it, it’s me!” —Gunnar

• Changed items will be marked with a star in the inventory.

• Fearless Leaper = When activated, the leap attack damage has a larger area of effect and can be done at any height.

• We added a close camera option to the game.

• Once toggled, it will activate a closer camera during regular gameplay.

• The camera will zoom out during combat encounters.

• The option can be toggled in the Gameplay menu.

• There will now be more cats throughout England. The best clutter.

• Foxes should no longer spawn inside Lunden.

• Small boats will now catch fire when throwing torches at them.

• Addressed an issue that caused Skadi’s Blade’s perk to remain inactive when conditions are met.

• Addressed an issue that caused the boar master’s melee attack not to build up fire damage on the player.

• Addressed an issue that caused Petra’s Arc perk to remain inactive above 90% HP.

• Addressed an issue that caused the Huntsman rune to be activated when conditions are not met.

• Addressed an issue that allowed players to break the heavy runic attack of Kjotve with light attacks during the third phase.

• Addressed an issue that prevented Guaranteed Assassination from working and reduced damage dealt after acquiring the Shoulder Bash ability.