This article is part of a VB Lab Insight series paid for by Plus.

The automation of the commercial trucking industry has generated concerns about the potential for mass layoffs of drivers. A growing body of research and expert opinion, however, suggests that the economic shift to self-driving big rigs is unlikely to impact as many truck driving jobs as some news headlines proclaim.

Highway driving tied to long-haul trucking is easier to automate than complex urban routes, and experts generally agree long-haul fleets will be the first industry segment to automate.

Several factors will sustain long-haul trucking jobs for the foreseeable future. The responsibilities of a truck operator extend beyond driving, so even if driving is automated, fleets will need human drivers to assist with customer service, loading, and other tasks, said Deck, who previously served as the acting administrator for the Federal Motor Carrier Safety Administration (FMCSA).

“If nobody is in the cab, who puts out a fire on the trailer?” Deck asked. “Who puts out the triangles or flares when a truck is disabled on the side of the highway?” Drivers serve as fleet ambassadors, a customer service function that is only becoming more important as supply chain delays and disruptions become the norm.

Driver shortages and high turnover rates — upwards of 90% — mean that lower employment levels as the economy transitions to self-driving trucks can largely be offset with natural attrition. And regulatory hurdles mean widespread adoption of driverless trucking is still years away.

“If you want to enter the long-haul trucking industry now,” Deck emphasized, “you’ll be able to retire in the long-haul industry.”

A report commissioned last year by the U.S. Department of Transportation found that increased productivity tied to long-haul automation would yield 35,100 jobs per year and more than $68 billion in GDP — without leading to mass layoffs of drivers.

The authors ran simulations to determine the economic impacts based on different adoption timelines. “Assuming that occupational turnover rates [in the long-haul industry] remain as they are,” they concluded, “the positive economic impacts tied to automation would not be accompanied by forced-lay-offs under the slow and medium adoption scenarios.”

A fast-adoption scenario does result in a small number of layoffs, estimated at 1.7% of the long-haul driver workforce. But as the authors note, this scenario is improbable, since it assumes 75% of new vehicle purchases will involve automated systems within 10 years of the technology becoming available.

The development of autonomous trucks has already created jobs that did not exist just several years ago. This includes jobs such as safety drivers and vehicle operations specialists who support on-road testing of the autonomous vehicles. Field engineering and teleoperations are examples of additional roles expected to increase to serve the autonomous trucking industry, not to mention other startups and small businesses that will emerge from new investments going into related areas in logistics and supply chain.

Amazon recently launched the $1 billion Amazon Industrial Innovation Fund to focus on new technologies that will “increase delivery speed and further improve the experience” of warehouse and logistics employees. Construct announced $300 million in new funding for companies in the manufacturing, transportation, and logistics sectors. And Plug and Play has a new $25.5 million fund to support startups in the supply chain industry.

An uptick in short-haul routes

Automation poses only a limited threat to long-haul trucking employment, concludes an analysis released in March by researchers at Carnegie Mellon and the University of Michigan. Citing nearly 100% turnover rates, the authors note that most new drivers last less than a year on the job.

“Since the profession is increasingly unattractive to potential new entrants, the potential loss of a significant share of operator-hours to automation need not be necessarily viewed as permanent unemployment or as a permanent welfare loss.”

Broader consumer commerce trends will also mitigate long-haul employment losses tied to automation, Deck said. Potential reductions in long haul employment will be offset by an increase in regional trucking routes. Short haul routes are expanding already as a result of e-commerce and will see another uptick due to efficiencies tied to driverless fleets.

A human-centric approach to automation 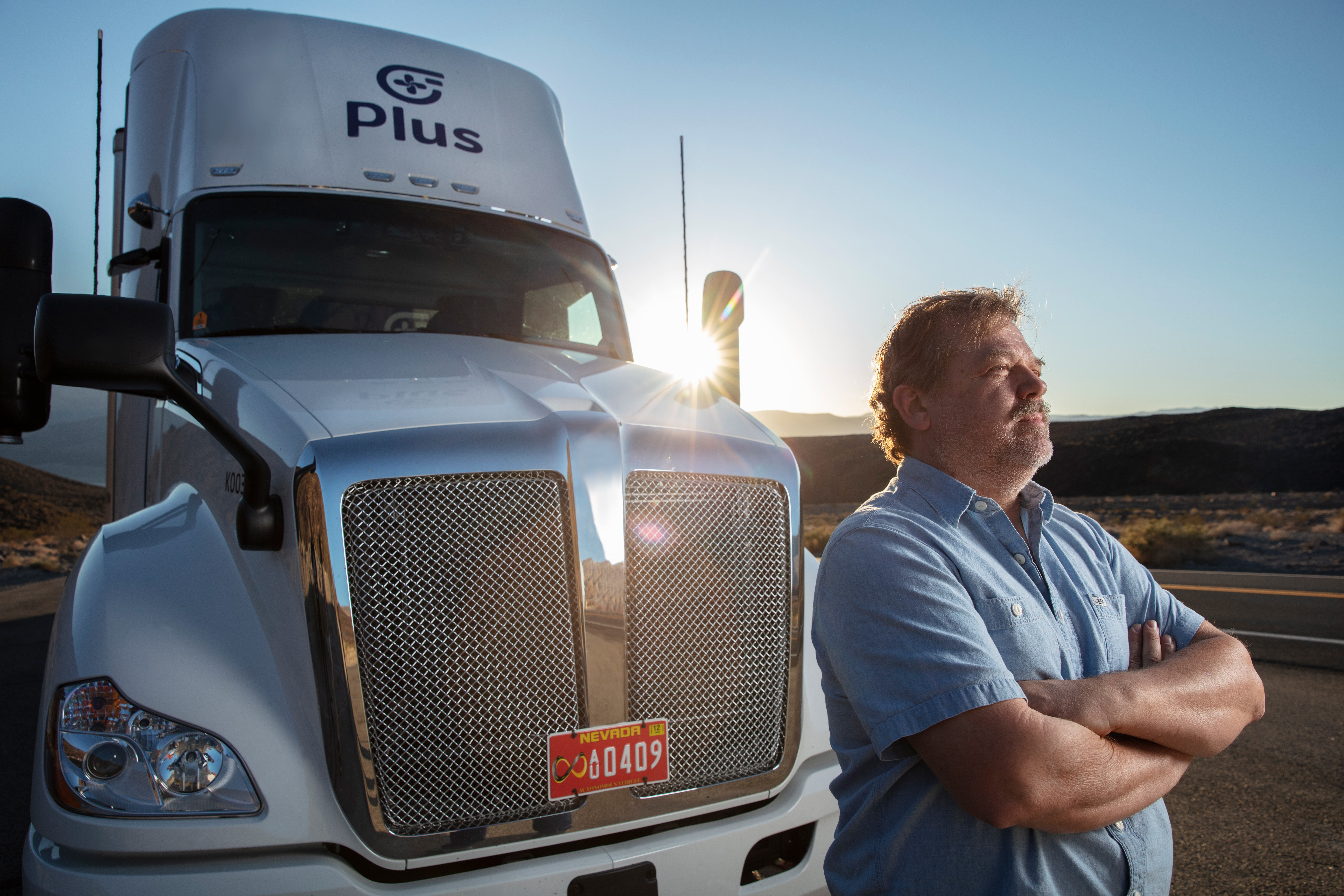 Plus is taking a unique driver-centric approach to commercializing autonomous trucking that aligns with projected adoption timelines and scenarios.

While competitors are waiting until the technology and regulatory structure for fully driverless are ready before releasing a product, Plus has already started delivering to some of the largest fleets and truck makers in the world a supervised automated driving solution known as PlusDrive.

Although PlusDrive is capable of fully driverless operations, drivers stay in the cab to monitor and supervise the system. Drivers report that PlusDrive makes driving safer, less stressful, and less tiring for them, giving them peace of mind on the road while also yielding at least 10% in fuel savings. Because the product was designed by drivers with decades of experience, PlusDrive users note that using it is like having a gentle assistant who’s always listening and anticipating their needs in the truck. The driver-in strategy also enables Plus to collect the real world data that eventually will allow Plus to safely take the driver out of the truck.

Driver shortages, skyrocketing increases in online shopping, and other supply chain disruptions are pushing today’s fleets to the breaking point. Technology providers and policy makers are working to make driverless long-haul trucks a reality. But the rollout will take time, providing ample opportunity for operators and fleets to adapt. For now, fleets can deploy Plus’s supervised autonomous system to make their drivers’ jobs easier, less tiring, and less stressful.

“Our philosophy is: ‘Let’s offer the advantages of automated technology now but as a driver-in solution so fleets can benefit immediately,’” said Wiley. “If they can make the driver’s job easier and less stressful – that’s a recruiting and retention tool right there.”