Baldur’s Gate 3 Is Going To Destroy My Relationship

When you’re in a relationship with a picky gamer, finding a new game to play together can be a chore. I’ve come to expect complaints about art styles, the disdain for turn-based combat, or the nebulous “nah, just not feeling it” whenever I proffer the Steam page for whatever new title I think would be fun to explore together. I didn’t even bother suggesting Baldur’s Gate 3.

Imagine my surprise, then, when I heard tell-tale ‘oohs’ as my partner noticed the gorgeous graphics and the snappy dialogue. A few questions later (“What’s the combat like? Is it early access? Can you be gay in it?”) and he’s buying himself a copy and we’re figuring out how to set up a co-op campaign. I said a temporary goodbye to my single-player playthrough and created a new character, ready to explore a world I’d loved for over 20 years alongside a man who’d never even heard the word ‘Faerûn’ before.

Life was easier when I was single-player. I didn’t have to worry about the Ranger, who has a very expensive longbow equipped yet insists on swinging an axe around. I didn’t have to deal with the fallout of a man who sees a barrel of oil and thinks he has to set it on fire because ‘why else would there be a barrel of oil there?’. If Baldur’s Gate 3 had alignments like the rest of the D&D games, he’d be Chaotic Chaotic. 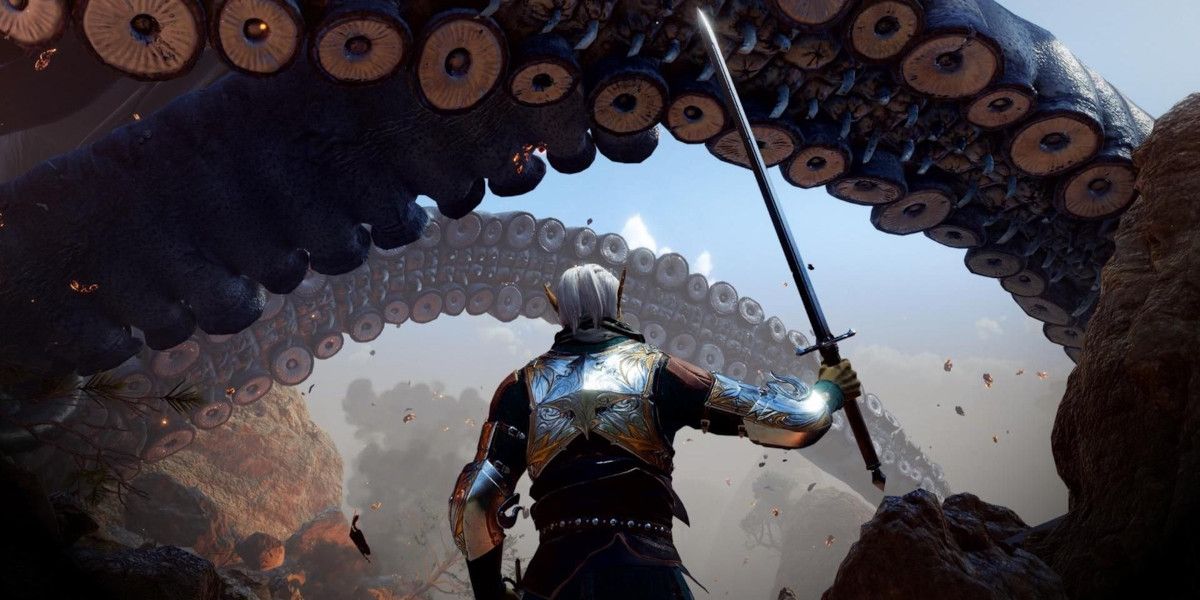 This is going to sound like utter hell to some people. I won’t lie, it’s nowhere near the experience I’d have on a usual playthrough. This is my first foray into Baldur’s Gate 3 too, but it’s not my first CRPG, and letting my partner dive into dialogues and quests without my guidance hurts my heart. At one point in the game, you’re thrust into a fight with an Owlbear and her baby – an adorable miniature version of herself. When you finally fell the dangerous mama, you get the option to leave the cute lil’ thing alone. I think my partner is the only person on this planet who killed that precious mite without an ounce of hesitation. He’s the true monster in this scenario.

Another memorable moment occurred in the depths of the goblin camp. I had just completed a perfectly unpleasant dialogue with Gut, the goblin priestess, in which she branded me with the sigil of the goblins’ new god. Important storyline stuff, right? The screen fades to black, and I find myself in the midst of combat thanks to my partner outright attacking a peaceful trader. Sure, we were planning to fight them all eventually, but some forewarning would have been nice. That fight ended up costing two Scrolls of Revivify, and my partner learned an important lesson about the value of teamwork.

I grew up on strategy games and RPGs, and my partner grew up on shooters. I ask him to come and investigate an altar, and he does so by casting Firebolt at it. We could not be more different in how we tackle each new obstacle that the game throws at us. Surprisingly, however, I’m finding it rather refreshing. Explosions are fun, we’re suddenly getting to loot more bodies than I ever did alone, and I’ve finally taught him how to quicksave before he does something rash. Embracing the chaos has broken me out of my Lawful Good shell and it’s proving to be an exhilarating experience. Do I get annoyed that he doesn’t put on better armour because it makes his character look unattractive? Yes. But now I can sell the armour and buy him more healing potions to compensate. 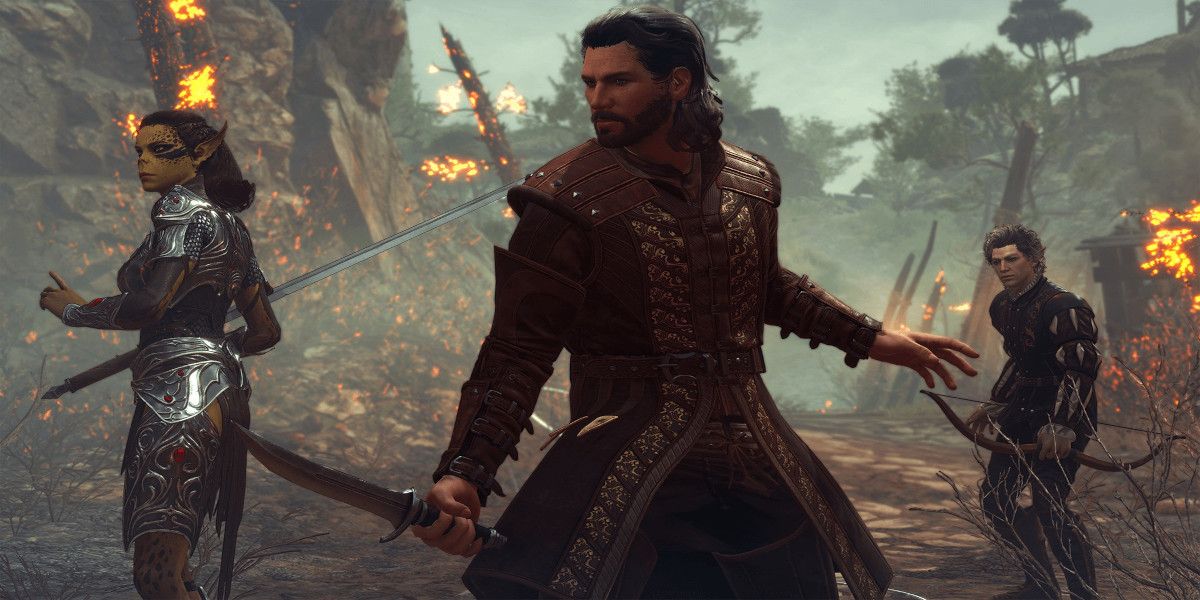 It works, in the end. Between us, we strike an imperfect balance of cautious experience and bold curiosity. He pushes me to play the game in a way I’d never do on my own, and I pick up the pieces when he smashes the game to bits, ensuring that we don’t get backed into a corner and ragequit. The fact that we both fancy different romance options also helps, I’ll be honest with you. The catfight that would ensue had we both fallen for Gale’s charms would have been horrendous.

It can be frustrating – we’ve both raised our voices more than once when our gameplay styles have clashed. That said, we keep booting the game up every evening and talking about what future patches may bring with them before falling asleep. The game is undeniably more fun when you’re tackling it with a friend – just be prepared to deal with the consequences of their stupid, stupid actions and always buy more healing potions than you’d normally need.