Battlefield 2042: Every Map, Ranked From Worst To Best

Ripple Effect's Portal mode also brought six remastered maps into 2042, although these maps can only be accessed through Portal servers. Today, we'll be looking at the seven new maps in 2042 and ranking them against one another, showcasing which maps play the best for All-Out Warfare and Breakthrough. 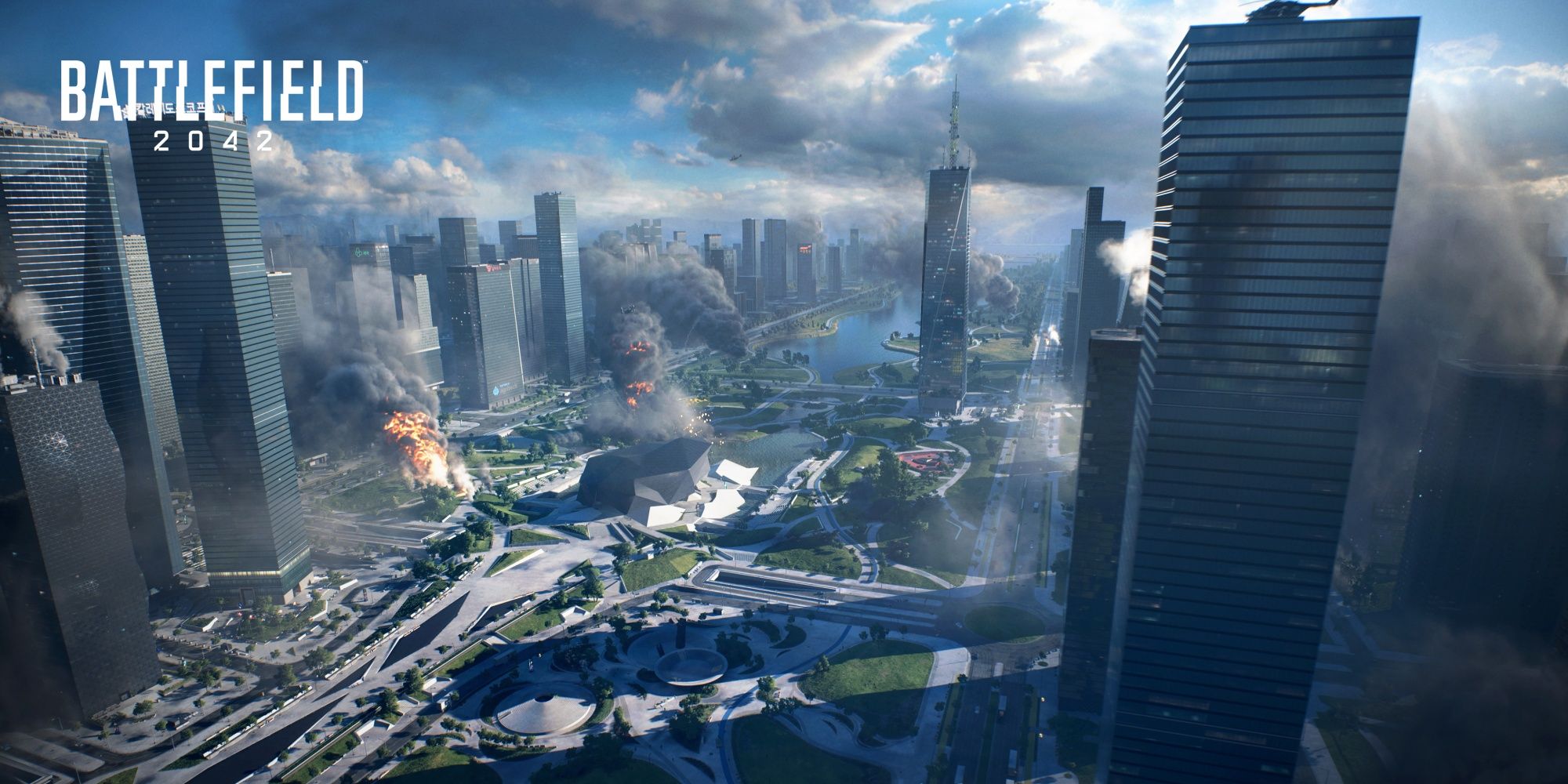 Kaleidoscope might take the cake for the most poorly designed map in Battlefield history. This map has virtually no flow, a central objective that has uninteresting points of engagement, and the map completely falls apart in Breakthrough.

The biggest problem with Kaleidoscope is how large it is. Half of the map consists of flat terrain with virtually no cover. Players are encouraged to call in a vehicle and drive to the skyscraper at A, the building at D, or the pair of Skyscrapers at G. Skyscrapers are just not fun to fight in due to the Call-In System allowing players to spawn vehicles on rooftops. Breakthrough is also a complete mess on this map, forcing both teams to throw themselves at each other in arenas with virtually no cover. Attackers are almost guaranteed to lose since they have to take a skyscraper rooftop from the defending team. At least the map looks pretty. 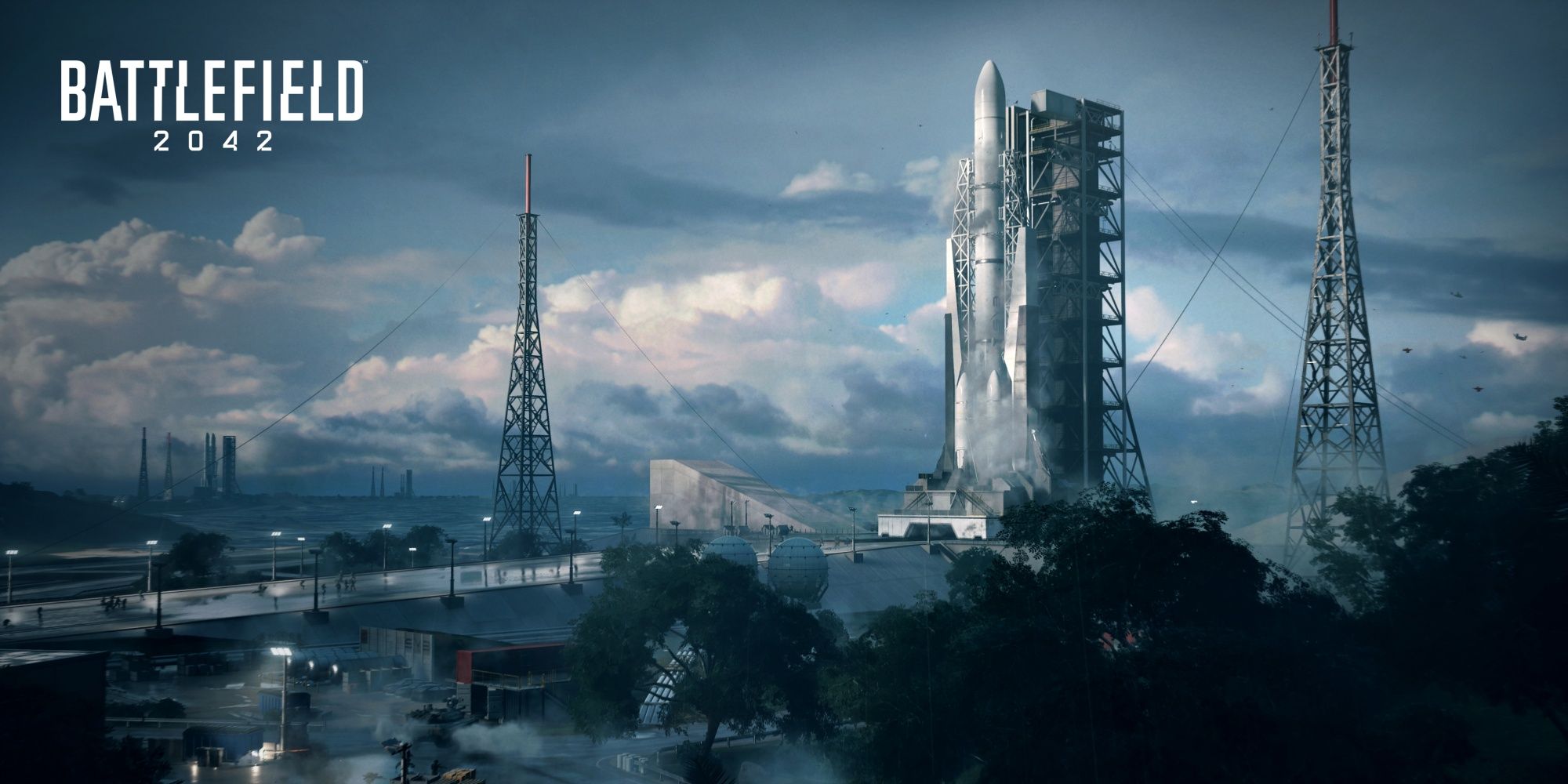 Featured in the public beta, Orbital is widely regarded as one of the worst maps in Battlefield 2042. Orbital has a severe flow issue due to Sector placement. Virtually every flag on the map lacks proper cover for infantry soldiers—a problem made even worse with the plethora of vehicles each team gets. Since this map is quite large, Orbital encourages each team to stick with vehicle combat for nearly every flag.

The only flag that supports infantry combat is B, the skyscraper across from the rocket launch site. And just like Kaleidoscope, the Call-In System and abundance of helicopters make fighting over rooftops simply unfun. Unfortunately, it's the only notable Sector on the map, so just about every player fights over it. Breakthrough on Orbital fairs a little better, although taking over that skyscraper can be a nightmare for attackers since there are few ways up the building. 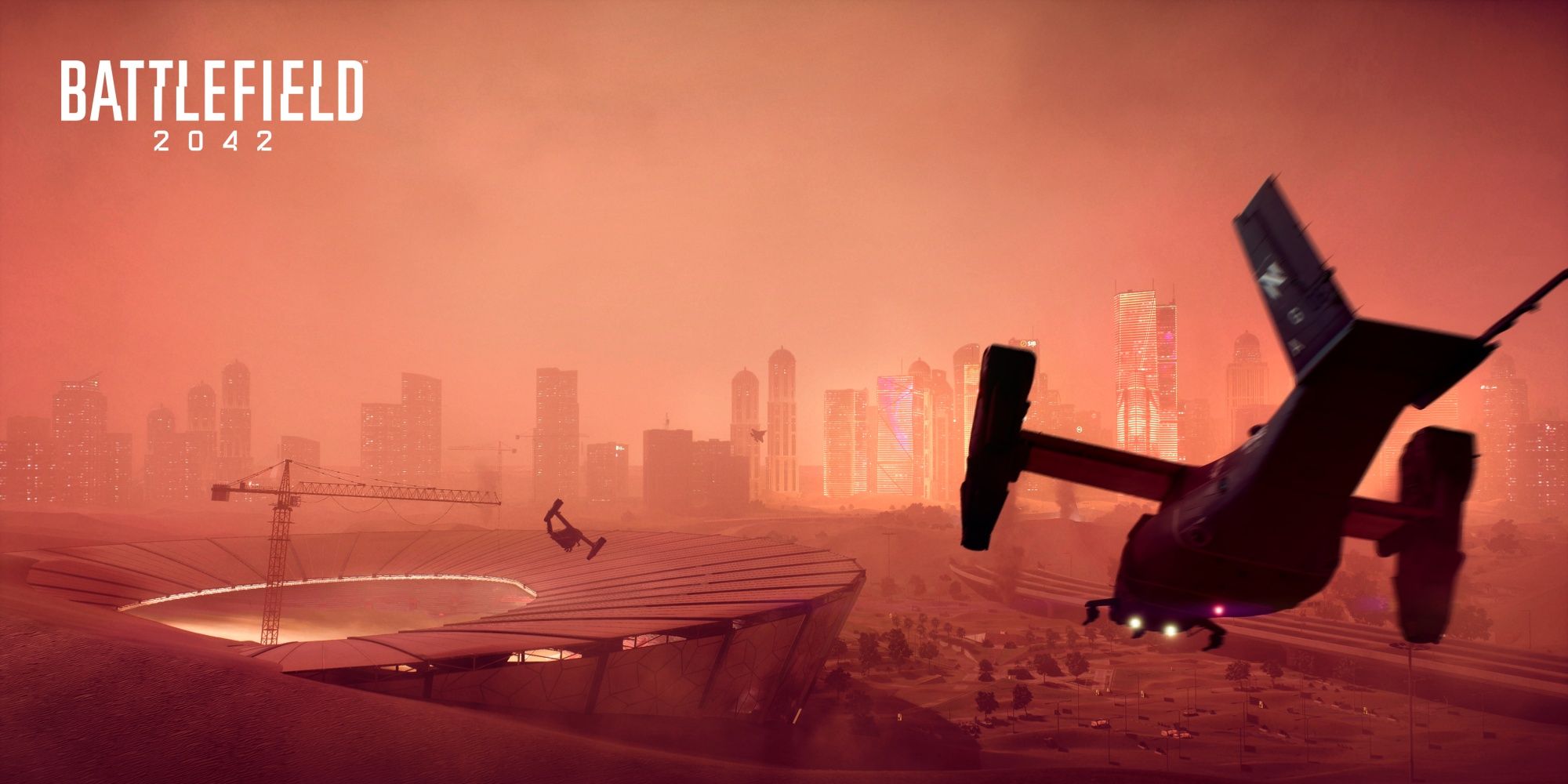 Trailers for 2042 put a ton of emphasis on Hourglass' urban environment. Most Battlefield fans were expecting Hourglass to be a 128-player version of Battlefield 4's Dawnbreaker map. That couldn't have been further from the truth.

The urban sprawl in Hourglass is restricted to a single Sector at the eastern border of the map. Almost the entire map is an empty desert with no cover for infantry, resulting in vehicles and aircraft dominating All-Out Warfare. It's especially frustrating in Hourglass because there are zones where infantry combat has excellent flow—the stadium near Russia spawn and the Skyscrapers near US spawn. Breakthrough suffers from the same issue as Kaleidoscope and Orbital: attackers need to take a skyscraper fortified by 64 players and vehicles. Good luck pulling that off. 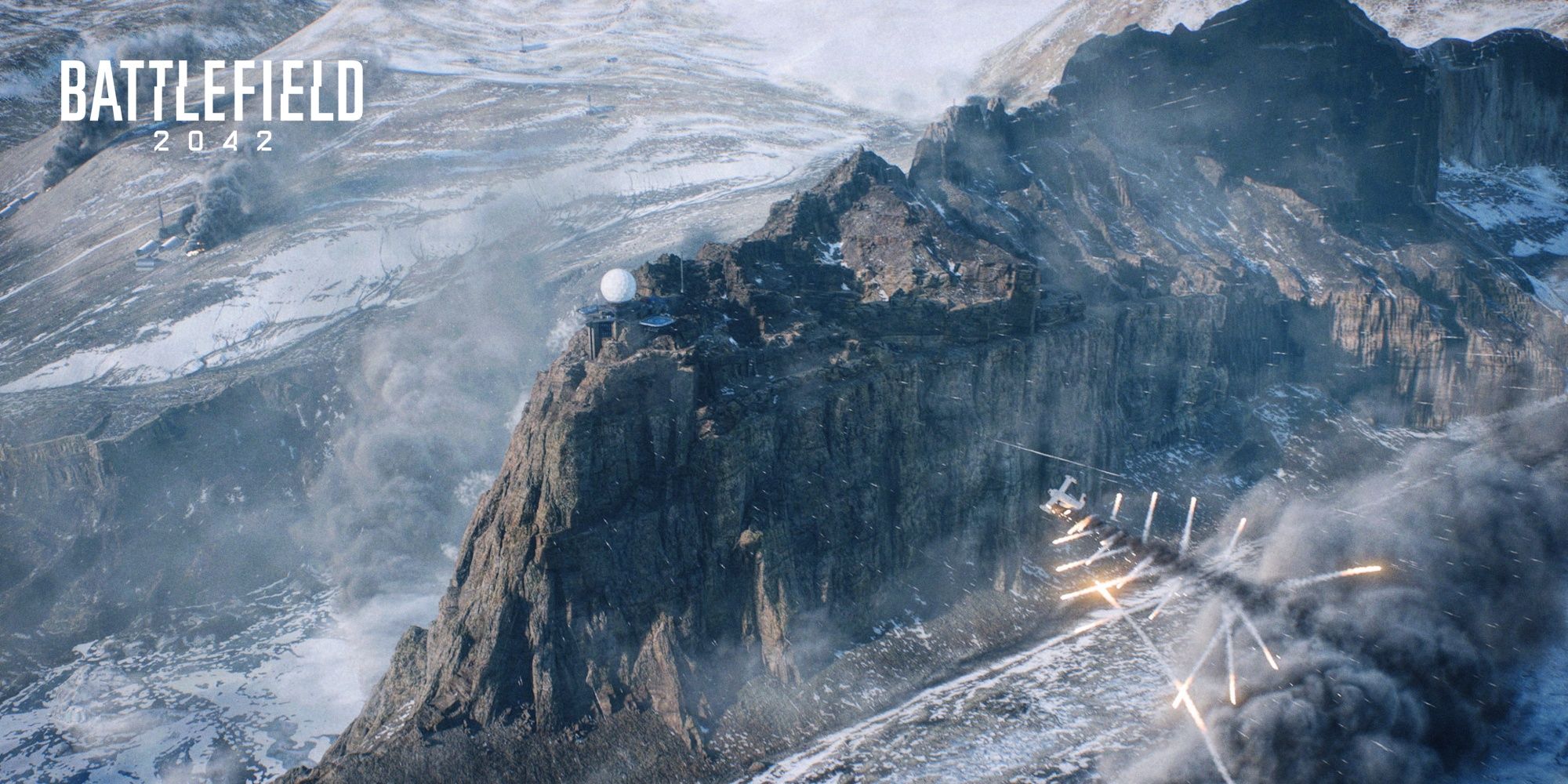 Breakaway is the first map on this list that isn't downright terrible. The sheer size of Breakaway gives each team some breathing room in All-Out Warfare, and there are no skyscrapers to fight over in Breakthrough. That alone makes this map better than half of 2042's roster, but that doesn't mean Breakaway is perfect.

Out of every 2042 map, Breakaway feels the most barren of the bunch. There is a solid bit of cover and buildings to fight over in this map, yet the sheer scale of Breakaway on All-Out Warfare makes combat encounters much less frequent than you'd expect. Points of interest on this map—a dome structure and an oil rig—serve as spawn locations for each team. Both teams are fighting over shipping containers and small storage buildings, nothing too spectacular. At least this map has cover. 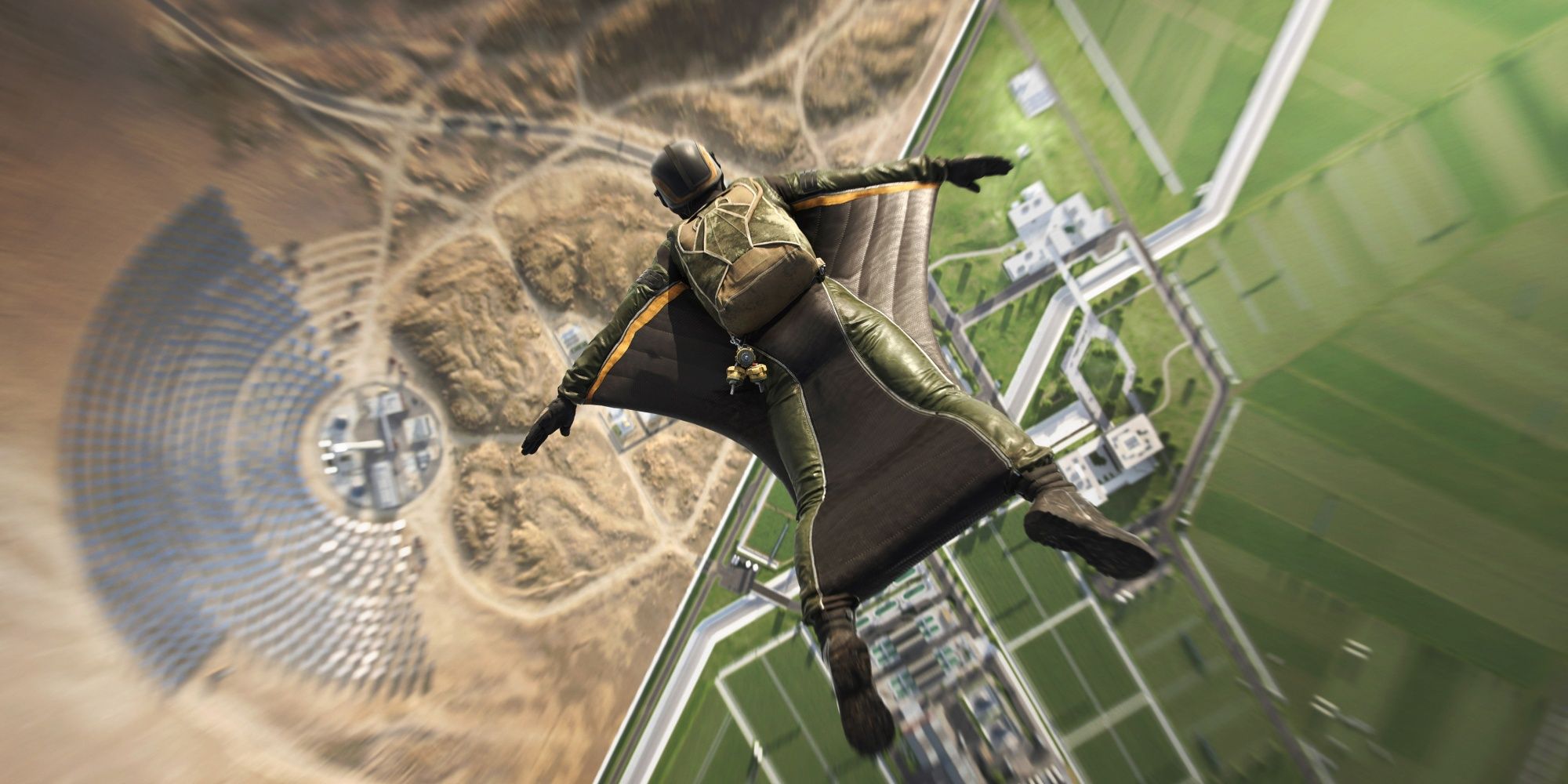 One of the most open maps in 2042, Renewal offers some of the game's best combat arenas. The desert section of the map is a blast on Breakthrough, encouraging infantry and vehicles to work alongside one another to take over objectives. The other half of Renewal tries to funnel players toward a massive greenhouse building at Sector E, allowing both vehicles and infantry a chance to shine.

But just like the rest of 2042's maps, Renewal struggles to keep each team split amongst every Sector. A and C are devoid of enemies after the first few minutes of a match. Fighting over points in the desert portion of the map can be a real slog if your team isn't supporting infantry with helicopters or tanks. Fighting over the greenhouse is a blast, but it only takes up one portion of the map. Overall, Renewal is a solid map in All-Out Warfare and an excellent Breakthrough map. If you play any Hazard Zone, Renewal is also a great map for that game mode. 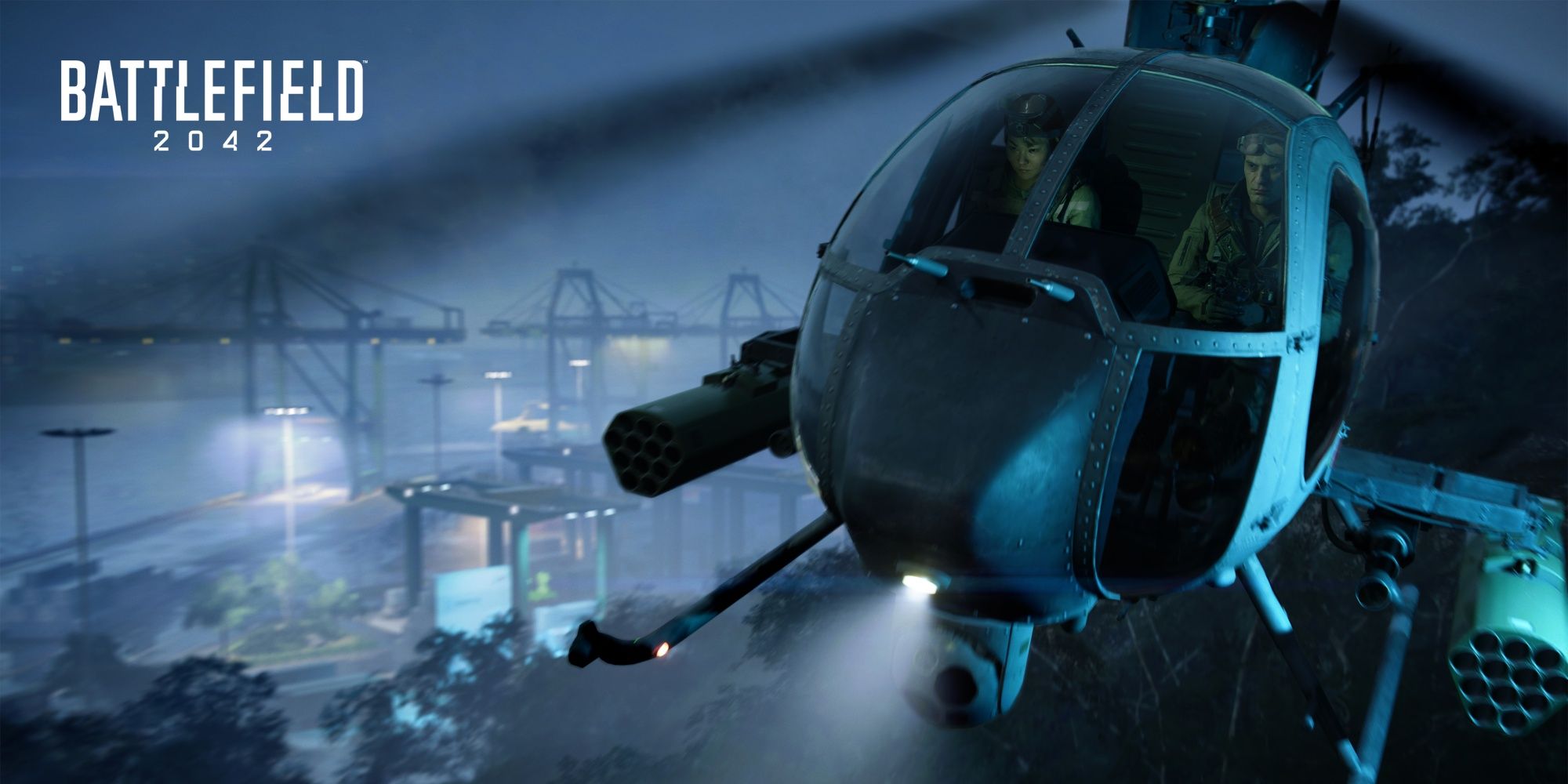 Manifest has a mixed reception amongst the 2042 community. Some players love fighting over the docked ship on the southern end of the map. Others despise the lack of cover on the docks or how it plays on Breakthrough.

Considering how most Breakthrough maps involve fighting for skyscrapers, the struggle of capturing points isn't uncommon in this game. Breakthrough will depend heavily on how well your team does with vehicles. As for All-Out Warfare, Manifest is one of 2042's best maps—primarily because of its moderate size. There's a natural flow towards Sectors B and C, the two central objectives on the map. B is on elevated terrain, giving infantry a way to break line of sight with vehicles. C takes place on a docked ship that vehicles can't enter. However, don't think vehicles are useless on this map, as good helicopter pilots can easily swing a game. Tanks can also make B much easier to capture. Overall, Manifest is an excellent example of how less is more. 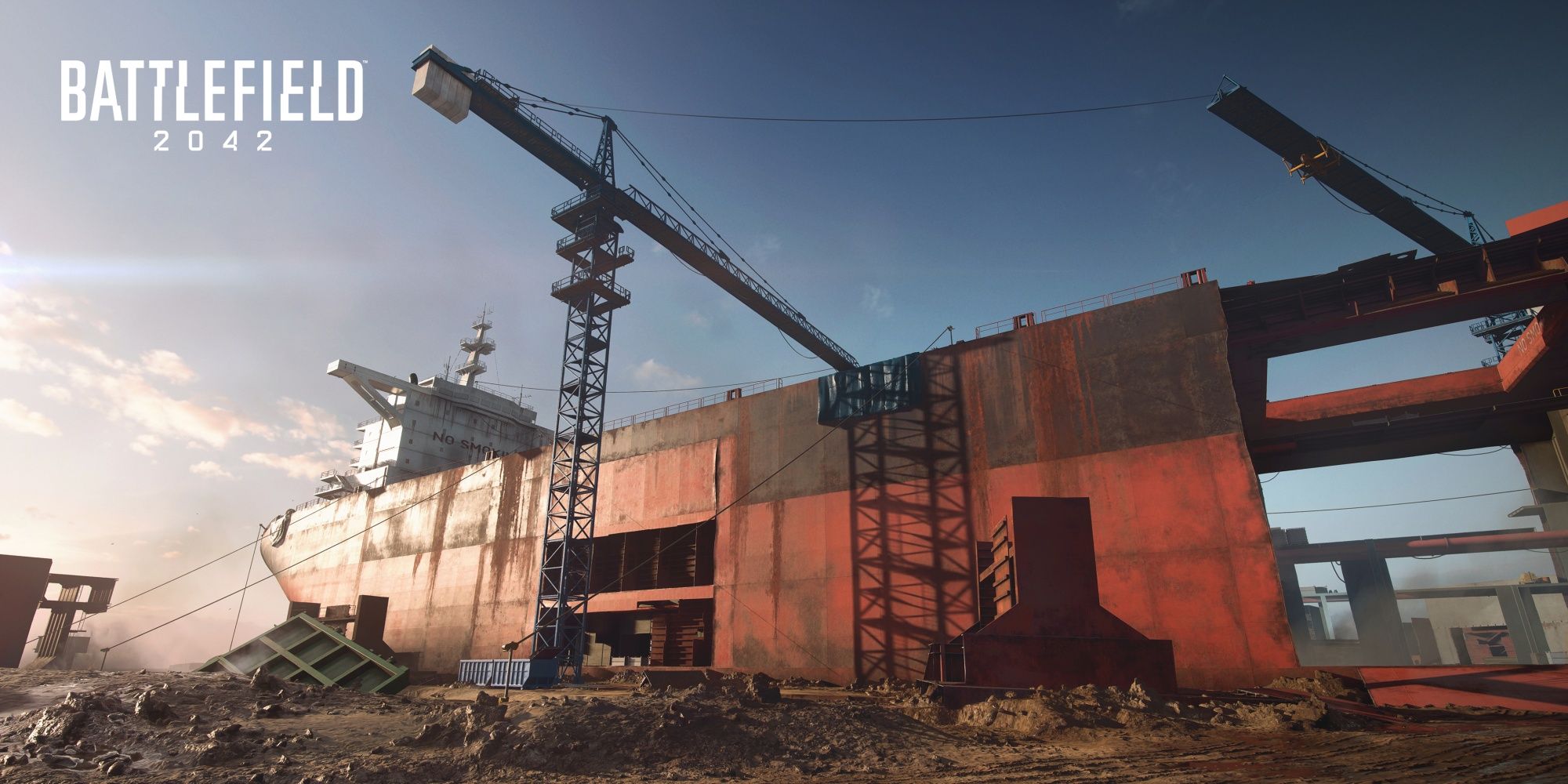 Few Battlefield 2042 maps feel as chaotic as Discarded. This map is similar to Manifest in that it's overall small and has two key Sectors: C and D. Both of these Sectors are at the center of the map and feature a massive structure: a rusted ship.

This ship serves as the centerpiece of Discarded, giving infantry an intimate space to fight while vehicles duke it out on the shore. While the edges of the map see little action, the size of both C and D make the 64v64 nature of All-Out Warfare and Breakthrough truly shine. Gunfights are intense, vehicles are critical to success, and there's proper cover for everyone to use. Breakthrough can be a slog for defenders due to a lack of vehicles, yet that doesn't detract much from how fun this map is. For All-Out Warfare and Breakthrough, Discarded is one of the game's best maps.