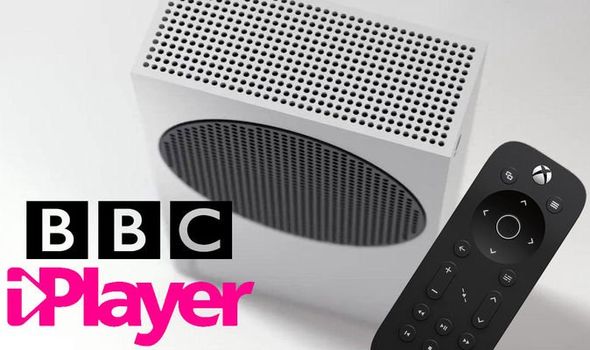 An early Christmas present for Xbox users, the iPlayer app can be downloaded for free from the Xbox Marketplace.

This means that Xbox Series X and S users can catch up on their favourite box sets, or watch Christmas TV live via their gaming consoles.

“From this morning, BBC iPlayer is now available on Xbox Series X and Xbox Series S,” reads a BBC statement. “Owners of the new consoles can download the BBC iPlayer app for free from the Microsoft Store on Xbox.

Of course, it’s not just live TV and box sets that are available to watch via the BBC iPlayer.

The iPlayer app also has a dedicated movies section, where you can currently watch the likes of The Godfather, The Blair Witch Project, The King’s Speech, It Follows and The BFG.

“The iPlayer app enables Xbox Series X, Xbox Series S and Xbox One users to stream live TV from the BBC on their consoles, and provides a huge range of brilliant box sets, including captivating dramas like Normal People, Killing Eve and Peaky Blinders, and hilarious comedies This Country, Famalam, and Inside No. 9, as well as incredible films like The Godfather, The Hurt Locker and The Babadook.”

According to Microsoft, the Xbox Game Pass Ultimate cloud gaming beta is coming to iOS and PC in 2021.

This means you can access your entire Game Pass Ultimate library on your iPhone and iPad.

“We are doing this by embracing multiple devices and providing a consistent Xbox experience wherever you log in, whether that’s on your Xbox Series X|S, PC, Xbox One, Android device or – starting in Spring 2021 – your Windows PC and iOS device from the cloud,” reads a Microsoft statement.

The cloud gaming beta will be available on Apple iOS devices through a mobile web browser. Google will do something similar with its Stadia streaming service later this month.

“By adding over a billion devices as a path to playing in the Xbox ecosystem, we envision a seamless experience for all types of players; whether it’s playing Minecraft Dungeons with your Xbox friends using touch controls on an iPhone, or jumping into a Destiny 2: Beyond Light strike on a Surface Pro when you have a break between meetings,” the post continues.

“Whatever screen you choose, we want to make it easy to continue your game and connect with your friends.”

Microsoft is also expanding its international output by bringing Game Pass Ultimate to countries such as Australia, Brazil, Japan and Mexico.