Bit, an Israeli startup that provides open source tools and a cloud platform to help frontend developers collaborate and build component-driven software, has raised $25 million in a series B round of funding led by Insight Partners.

Microservices have transformed how companies such as Uber and Netflix build software, enabling them to create applications from smaller, function-based components that connect via APIs (application programming interfaces). This runs in opposition to giant monolithic applications that are difficult to scale and maintain. With microservices, individual developers or teams can take responsibility for a single component.

While the microservices concept has so far been mostly recognizable in the backend, it has been gaining steam in the frontend sphere too as companies explore ways to leverage a flexible, component-based architecture across the entire software development process. And this is where Bit enters the fray.

Founded out of Tel Aviv in 2015, Bit makes it easier for companies to split frontend development into smaller features and codebases, allowing teams to develop features independently, while continuously integrating as part of a unified application. These so-called “micro frontends” help developers to collaborate on a mammoth app, allowing them to ship incremental upgrades on a single component, and even work on each other’s codebases when required. 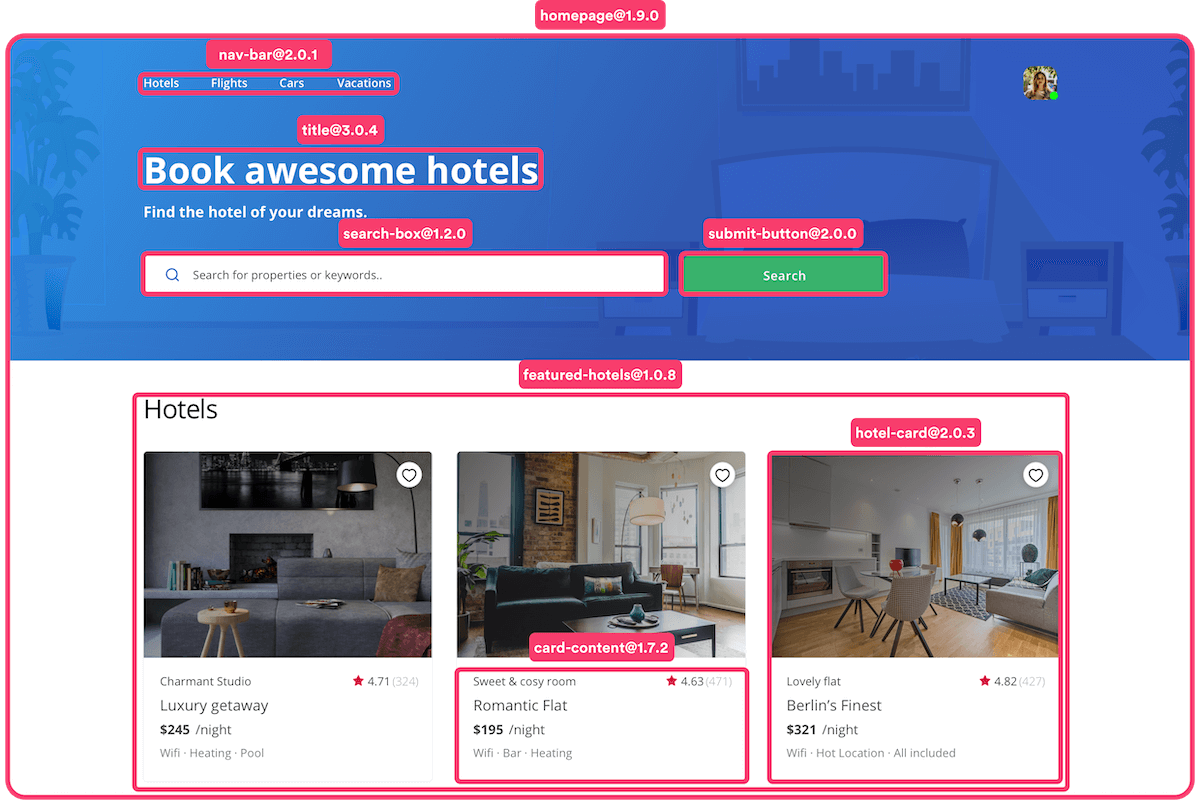 However, Bit also has other use-cases, such as to create a marketplace for reusable components. Here, other developers in an organization can access previously-developed search boxes or buttons, meaning they don’t have to develop everything again from scratch — this encourages a consistent design philosophy across the board.

All this is arguably more important at a time when remote working has emerged as the default for millions of people.

“Our developer community and customers care a lot about autonomy, standardization and consistency, all powering and driven from successful team collaboration,” Bit founder and CEO Ran Mizrahi told VentureBeat. “Furthermore, while working remotely it becomes all that more important. Bit helps standardize the development process of components, making it repeatable and simple, helping to drive better software quality and consistency.”

Above: Bit: A component marketplace

While the core Bit command line interface (CLI) tool is open source and available on GitHub, the cloud-based bit.dev platform is where teams organize, manage, and collaborate across their shared components. Pricing starts at free for personal and open source projects, and goes all the way up through Pro, Business, and Enterprise tiers which unlock incrementally more features such as single sign-on (SSO), advanced integrations, and more.

In truth, Bit can be used to build and collaborate around any type of software component — not just those on the frontend. For instance, a company might have “billing” or “search” teams which work on APIs (backend) as well as user-facing features.

“Bit helps bring frontend and backend developers closer together by allowing teams to build and own full-stack services and provide them as service to other teams,” Mizrahi said.

Over its six year history, Bit has attracted developers at major big-name companies including Dell, eBay, Tesla, and AT&T, and it’s particularly well-suited to environments that have lots of developers and applications operating in tandem. However, Mizrahi says that its platform is really aimed at businesses of all sizes, given that it ultimately improves the whole software development process.

“Naturally, the more features and applications that are built, and more developers work together, the pains are felt [more] strongly, so the urgency for a solution like Bit grows,” Mizrahi explained. “However, our customers include not only large enterprises, but also SMBs and even startups and developer communities which seek to accelerate and improve application development, and to build a scalable future-ready infrastructure. Component-driven development is valuable from day one, and grows in value as you scale.”

Bit has now raised a total of $36 million since its inception, and with its latest series B investment the company is well-financed to build out its platform. This will include a new CI/CD tool called Ripple CI, which continuously integrates component changes from across all applications and teams in an organization. Ripple CI is currently in closed beta and is scheduled for launch in 2022.