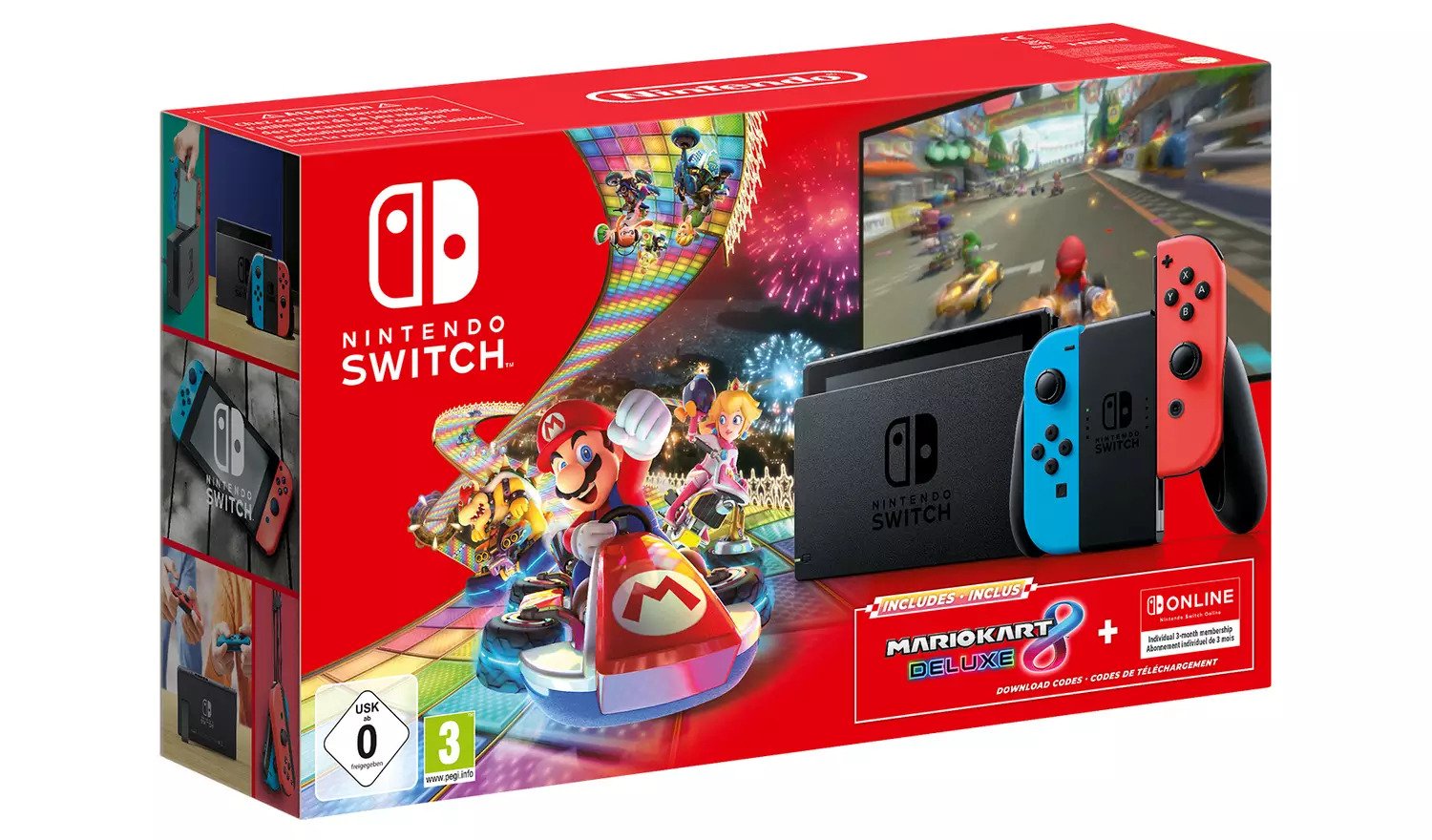 Argos is starting slowly with its Black Friday videogame deals but it does have one of the best Nintendo Switch bundles and 1/3 off PS Plus.

This year’s Black Friday is a bit awkward because the most desirable video game items at the moment are never going to be put on sale, since the PlayStation 5, Xbox Series X, and Nintendo Switch OLED Model already don’t have enough stock to go around.

However, that does mean that you should hopefully see some good deals for the consoles they aim to replace, with the original Nintendo Switch already showing up in a lot of pre-Black Friday sales.

Since Mario Kart 8 Deluxe is supposed to be £50 on its own that means you’re getting a saving of £70 – which is technically an even better deal than Morrisons, since it comes with one of the best games on the system.

Oddly, the only other video game deal of note at Argos at the moment is a 12 month PlayStation Plus subscription for £33.32.

That’s essentially the same as on AO, which is a third off the normal price and the best deal you can get at the moment.

For now, everything else on Argos is just peripherals like controllers, headphones, gamer seats, and the like.

There are some good bargains, which you can see here, but no actual games. Although presumably that will happen closer to the big day itself.

There are also some decent sales outside of Black Friday itself, such as Assassin’s Creed Valhalla for £25.99 and Immortals Fenyx Rising for £17.99.

They’re already two of the most popular games to get a discount this month though, and are available at a similar price at many other stores.