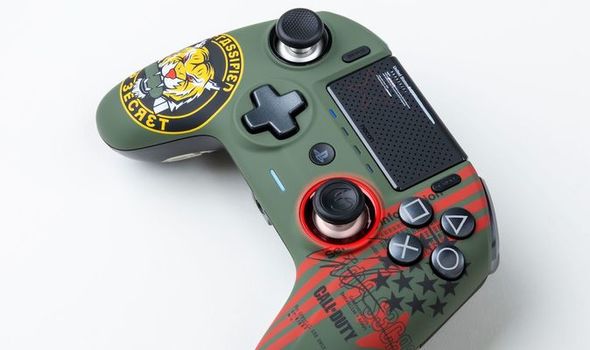 Created by Nacon, the Call of Duty-themed REVOLUTION Unlimited boasts a design that’s similar to the Xbox One pad.

This is of particular appeal to first-person shooter fans, as the Xbox One controller is arguably a better fit for this genre.

Not only are the thumbsticks laid out like the Xbox One controller, but the REVOLUTION Unlimited comes with one or two other improvements over a regular DualShock 4 pad.

This includes additional weights to make the controller feel a little heavier in the hand, as well as adjustable thumbsticks for added ease of use.

The controller also features a series of buttons on the underside of the pad, which can be programmed with different inputs for a little extra speed.

What makes this particular model stand out over the regular REVOLUTION Unlimited is the military design and camo carry case.

The new Call of Duty-themed REVOLUTION Unlimited will be available alongside Black Ops Cold War on November 13.

It even comes with a code for exclusive in-game content, although what exactly this is remains a mystery. 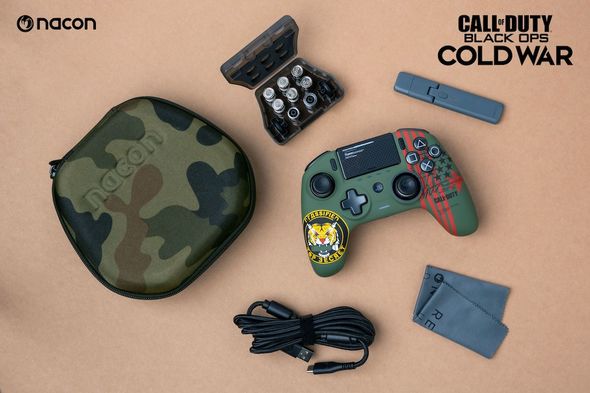 While the REVOLUTION Unlimited may be a PS4 exclusive, Call of Duty Black Ops Cold War will also launch on Xbox One and PC.

Taking place during the 1980s, the upcoming shooter is described as a sequel to the original Black Ops.

“Black Ops Cold War, the direct sequel to Call of Duty: Black Ops, will drop fans into the depths of the Cold War’s volatile geopolitical battle of the early 1980s,” reads the official description.

“Nothing is ever as it seems in a gripping single-player Campaign, where players will come face-to-face with historical figures and hard truths, as they battle around the globe through iconic locales like East Berlin, Vietnam, Turkey, Soviet KGB headquarters and more.”

In the build up to the Black Ops Cold War release date, Activision is hosting a multiplayer beta, which kicks off first on PS4.

The Call of Duty Black Ops Cold War beta has an October 8 release date on PlayStation 4.

While the October 8 release date is exclusive to pre-order customers, all PS4 owners can jump in and try the game as part of the open beta on October 10.

A second beta will take place on October 15, only this time for PS4, Xbox One and PC owners.

Everybody can try the game without a pre-order from October 17 until end of play on October 19.

Express Online will have more details about the Call of Duty Black Ops Cold War beta later this week.