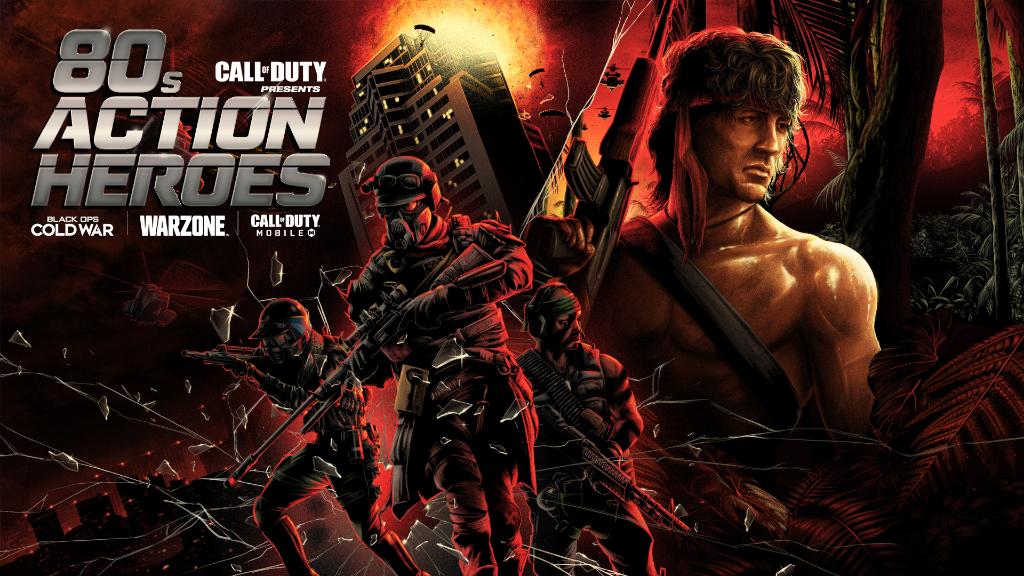 The teasers already gave it away, but Activision has outright confirmed that Rambo and John McClane will appear in Call Of Duty: Warzone.

Activision has recently been hinting at the inclusions of Rambo and Die Hard’s John McClane in Call Of Duty: Warzone. Now, the company has confirmed that the two will be appearing as part of something (probably an event) it’s calling 80s Action Heroes.

Judging by the promotional art, this event looks to encompass not just Warzone, but also Call Of Duty: Black Ops Cold War and Call Of Duty: Mobile, which probably means that all three games will feature the two cameo characters as playable operators.

The announcement doesn’t reveal much else aside from a May 20 date, which will no doubt be when Rambo and McClane will be added.