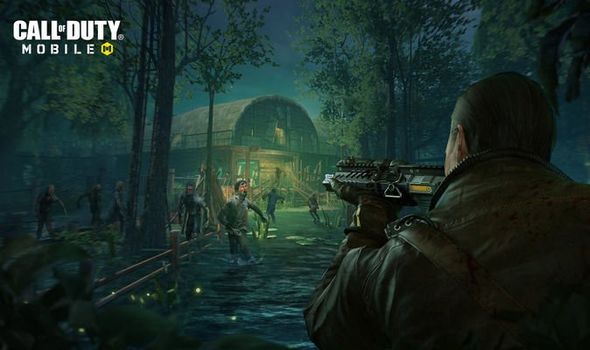 The Call of Duty Mobile Zombies Mode release time has been delayed, although it’s unclear for how long.

The release date has been set all week for November 22, or early November 23, if you live in the UK.

The COD Mobile Zombies release time was scheduled for 5am, GMT, but has since passed with no mention of an update.

Now, in a new message, the Activision support team on Twitter has provided an update on the situation.

Without providing much in the way of a new timetable, it has now been confirmed that Call of Duty Mobile Zombies plans have been delayed.

Confirming that Season 2 will be starting “soon” fans have been given very little else to go on.

But there is still plenty of time for the new Call of Duty Mobile update, containing Zombies Mode and Controller Support, to go live today.

“We are performing last-minute tuning which will delay the update,” a message from the COD Mobile team reads.

“This is to ensure an optimal experience for all players. Please stay tuned for further news and you’ll be able to experience Season 2 soon.”

So for now, fans can still hope that the new COD Mobile update will be going live today, November 22.

However, as noted in the message, it will be up to the Call of Duty Mobile team to confirm further plans for the update.

The one thing we do know is that the new Season 2 Battle Pass will not be going live today, even if the update does.

Activision has already confirmed its plans to release this on Monday, November 25, rather than with COD Mobile Zombies.

More news on what will be included in the new Battle Pass is expected to be shared ahead of launch next week.

“Last week we were thrilled to see you share in our excitement about upcoming content and zombies mode!” a recent message from Activision explains.

“Not only is that on the way this month, but as you may have noticed the current Battle Pass is nearing its end and that means a brand one is just around the corner.

“That new Battle Pass will be filled with new loot, new gear, and plenty of ways to make you stand-out, or blend in, on the battlefield.

“On top of that there will be a variety of new content coming out around that same update, like controller support, new limited-time modes, and a new classic map.

“Last week we mentioned Controller Support is coming out soon in an update and today we’d like to announce that you’ll be able to find all of that information early next week on our Activision Blog.

“The blog post will provide information on what types of controllers are supported, the settings, and how to set that up. We’ll share that through our Call of Duty: Mobile social media and in several community areas once it is live.”

The information regarding official Call of Duty Mobile Controller Support has yet to be shared on the official Activision Blog.

But news on the new feature will hopefully go live later today, alongside Call of Duty Mobile Zombies Mode.

Fans still have plenty of questions regarding how controllers will work in-game and if they will be able to use devices from the PS4 and Xbox One.