The Lachmann 762 is the first Lachmann weapon you'll unlock in Call of Duty: Modern Warfare 2. This battle rifle can one-tap players to the head, yet its great damage output comes at the cost of accuracy. Hold the trigger down in full-auto, and you'll be staring straight into space in just a few rounds.

That's why builds for the Lachmann 762 are so important. A good build can turn this gun into a two-tapping machine with excellent range and controllable recoil. If you put the time and effort in, you'll be rewarded with one of MW2's most consistent battle rifles. Today, we'll be showcasing two builds that should make using the Lachmann 762 much more enjoyable, focusing on each of the weapon's fire modes. 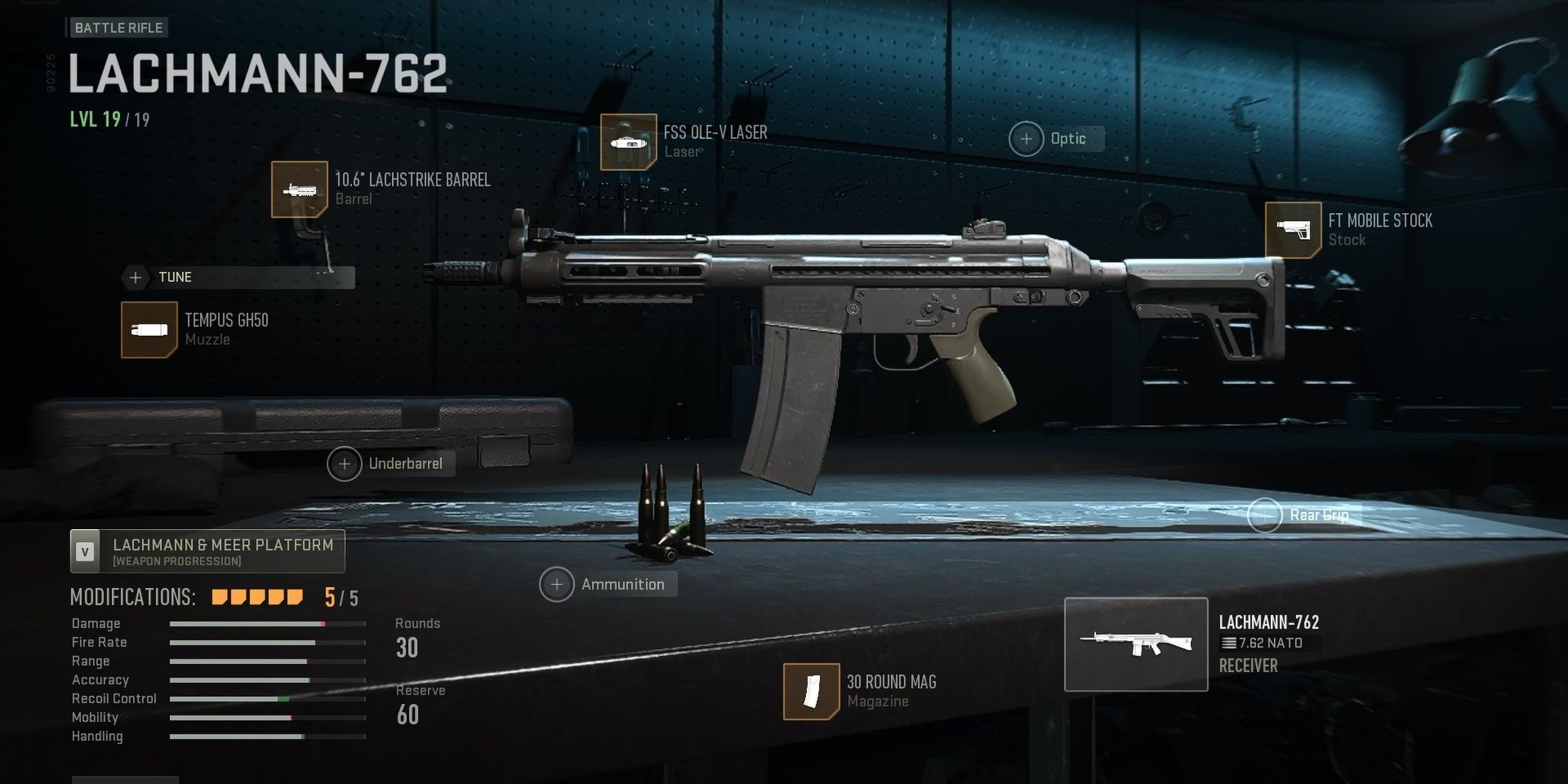 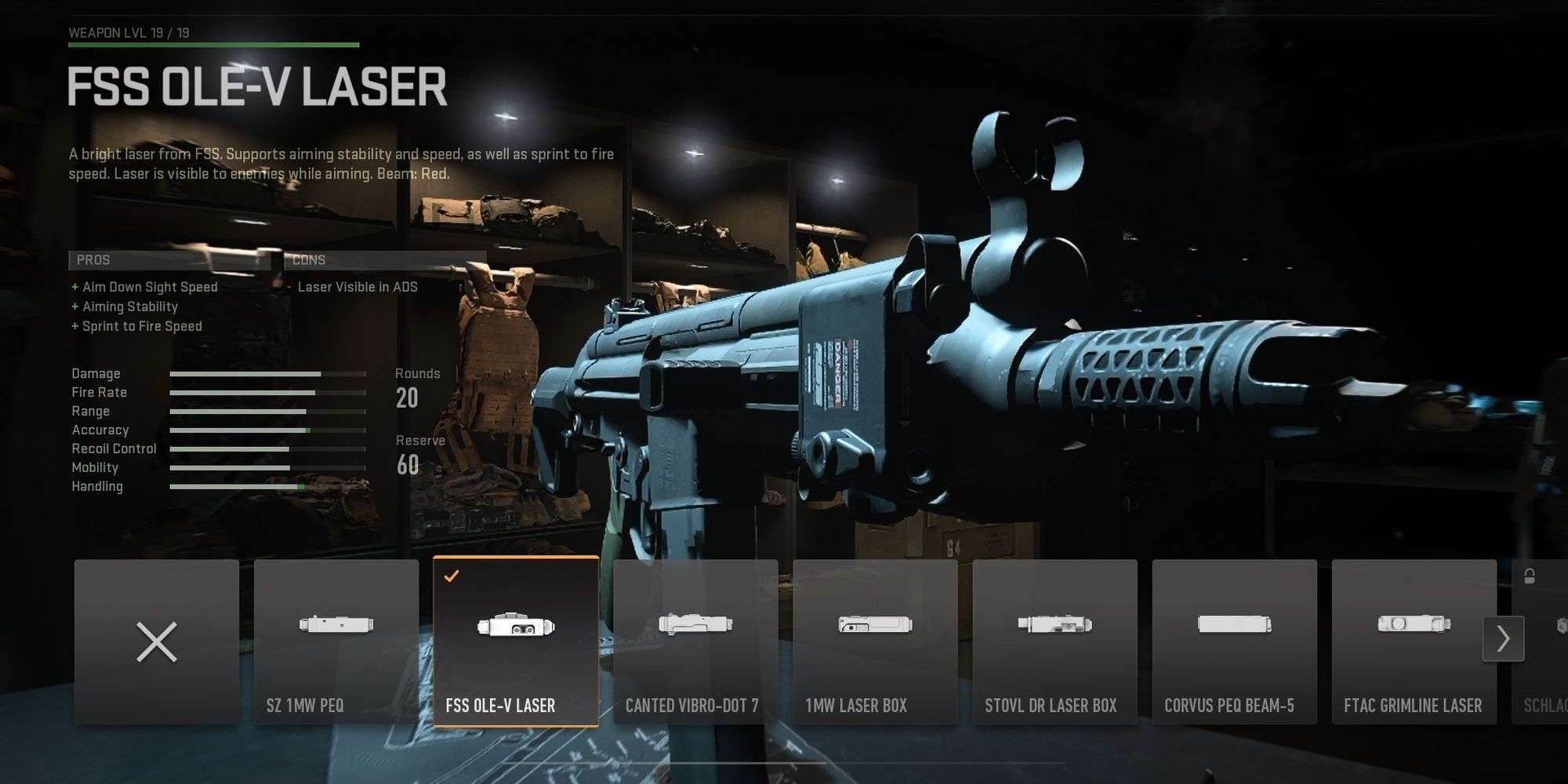 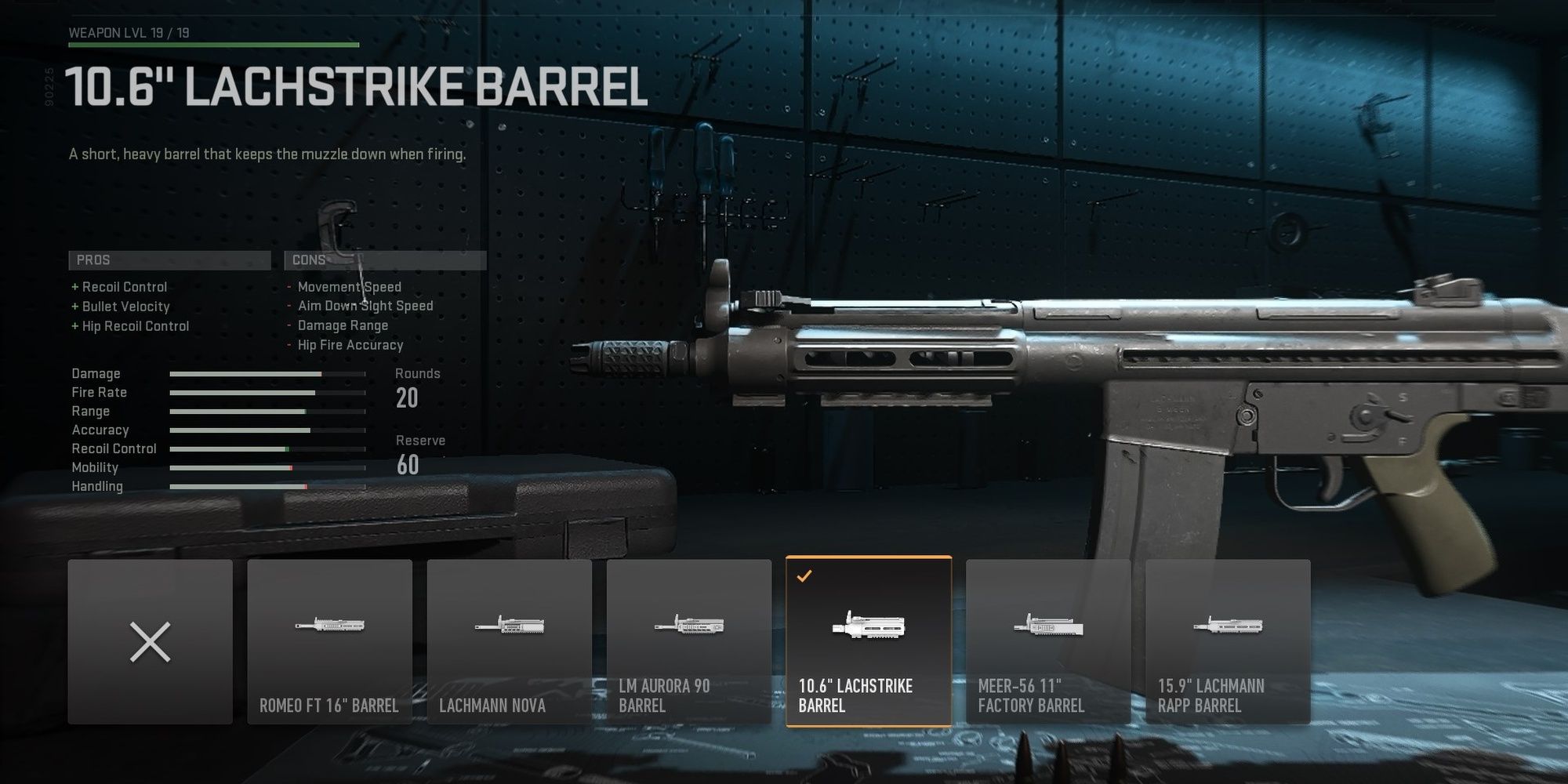 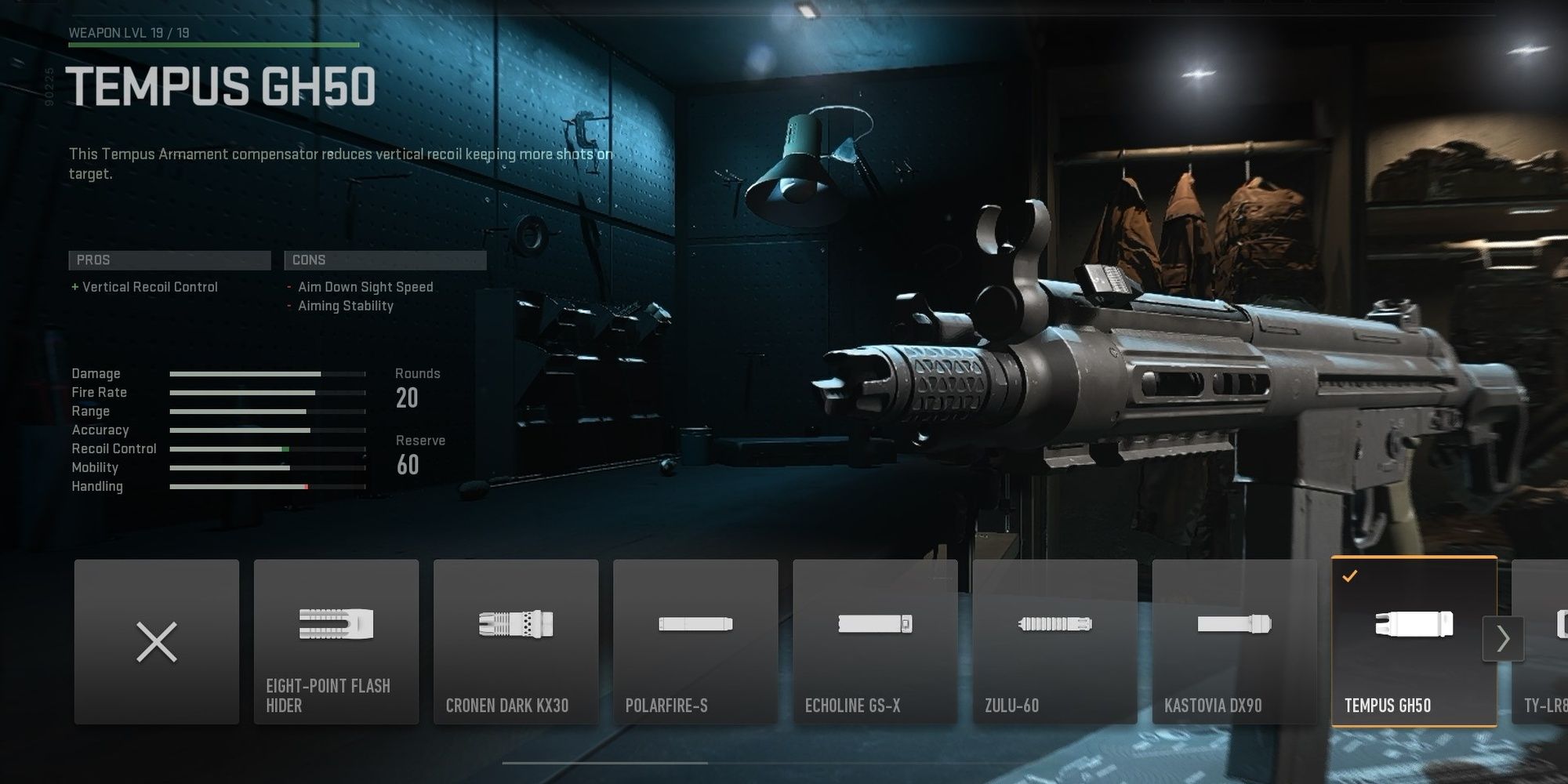 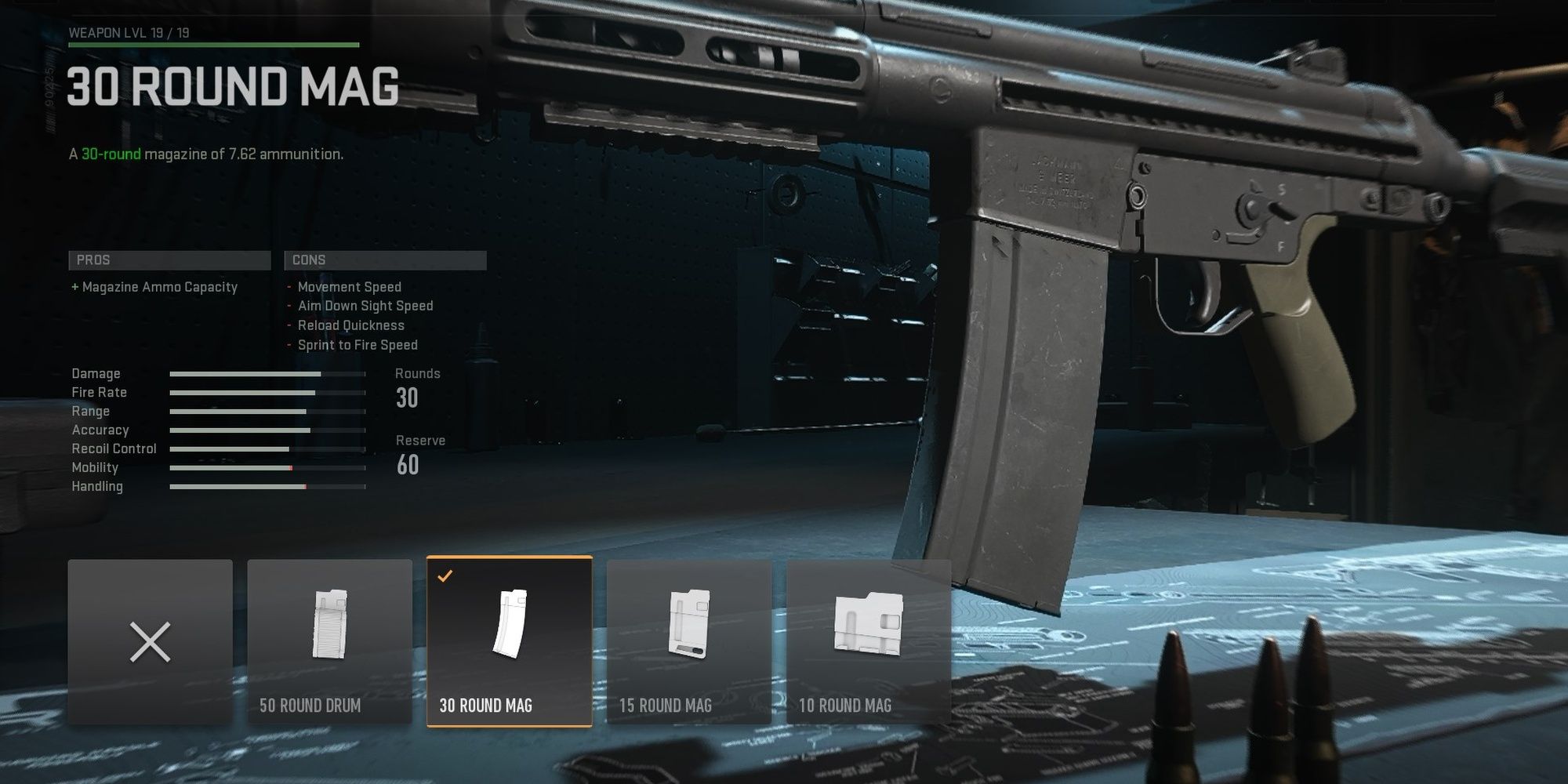 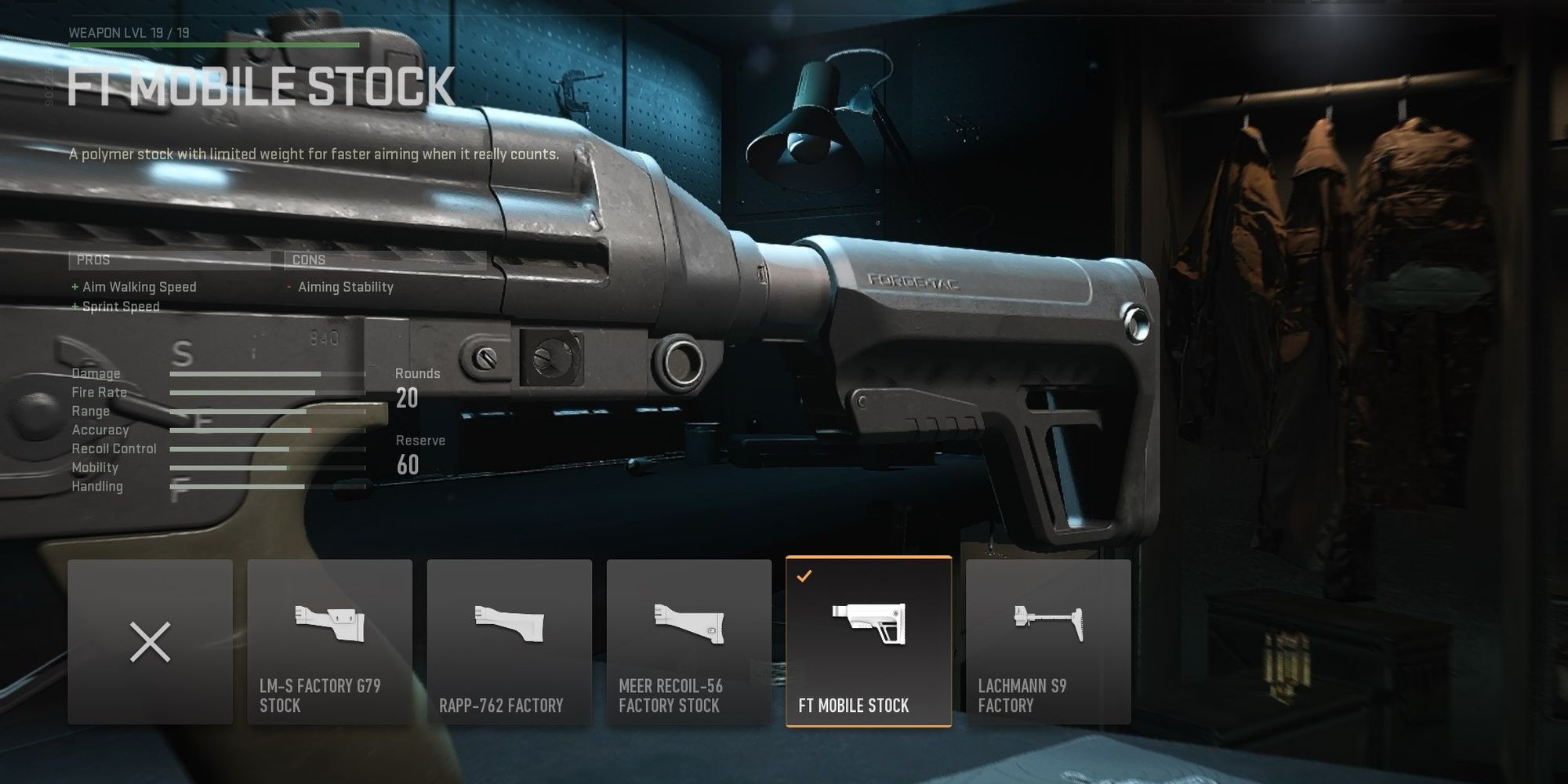 A full-auto Lachmann significantly increases your recoil and lowers your damage per bullet, increasing your time-to-kill (TTK) by one bullet for both headshots and body shots. If you want to one-tap people with the Lachmann, stick to semi-auto mode.

This build turns the Lachmann 762 into a heavy assault rifle, focusing on recoil control above all else. We start by using the 10.6'' Lachstrike Barrel to increase the weapon's recoil control, making it much easier to land shots in full-auto. Paired with the Tempus GH50 muzzle, Lachmann's recoil becomes manageable. To compensate for our lackluster speed, we use the FT Mobile Stock and FSS OLE-V Laser to increase our ADS and strafe speeds.

If you can't stand the iron sights on this gun, you can replace the FSS OLE-V Laser with the Canted Vibro-Dot 7, replacing your ADS sights with a canted laser. The final attachment is up to you; we recommend the 30 Round Mag attachment for general use.

Use this build for 6v6 modes. The lower recoil makes it easy to three-tap people with the full-auto mode, potentially landing two rounds to the head. With the great range of battle rifles, the Lachmann 762 will hang with most assault rifles in 6v6 playlists. When it comes to Ground War and Invasion, you're better off using an assault rifle or LMG.

The Lachmann 762 has a fairly slow reload, so you'll want to equip Fast Hands to mitigate this. For your neutral game, it's a good idea to use Ghost and Double Time. You'll still show up on UAVs while firing the Lachmann, but Ghost will make it much safer to rotate in modes like Hardpoint. If you want to focus entirely on stealth, replace the Tempus muzzle with a suppressor. Using a suppressor will cause you to appear on a UAV during the next radar sweep, not immediately upon firing.

Pistols with fastdraw (a grip attachment) allow you to immediately fire your pistol in situations where you need to reload your battle rifle. Equipment is down to preference, although you should consider using the Munitions Box or the Scavenger perk to refill your ammo reserves. 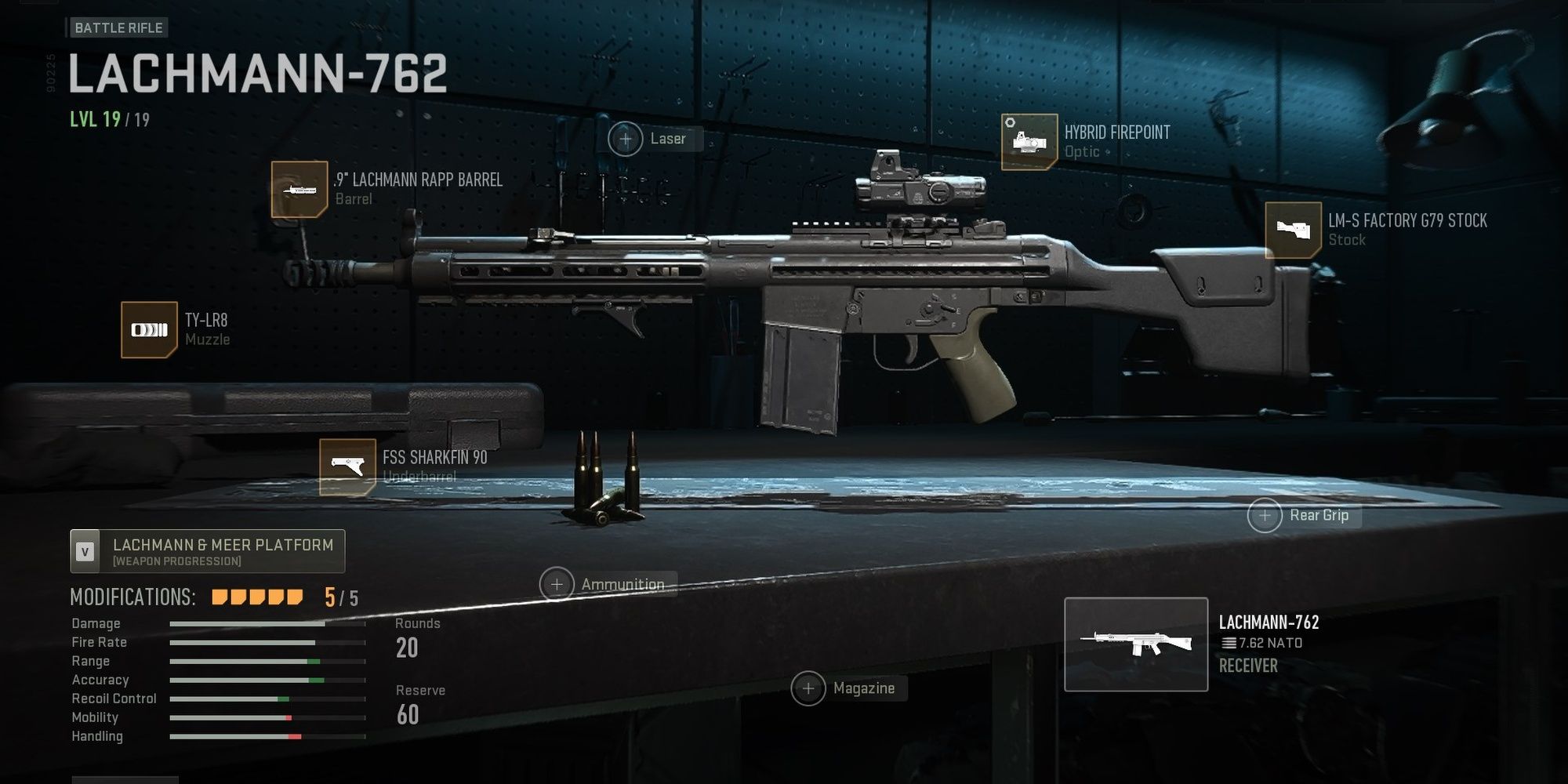 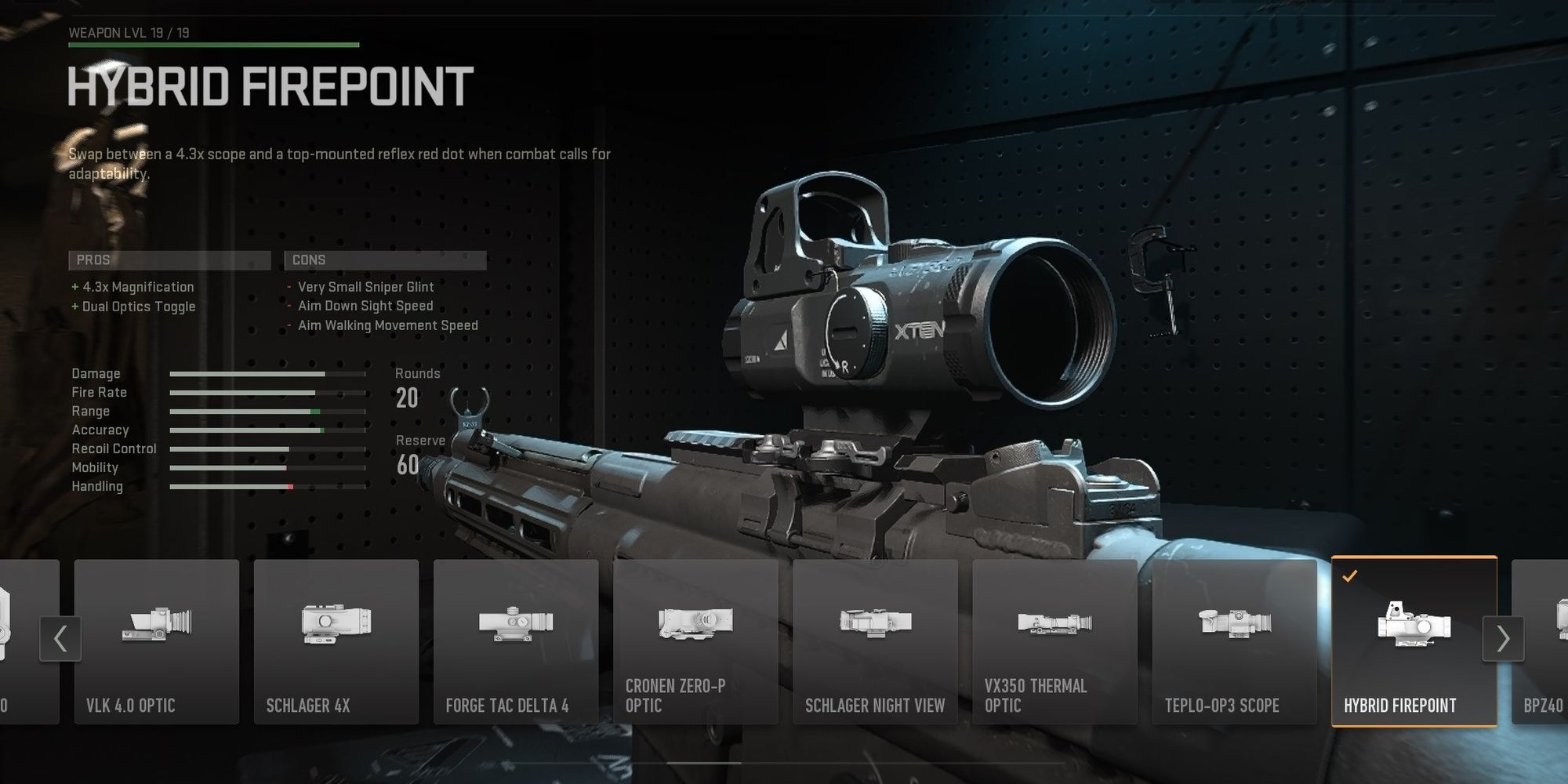 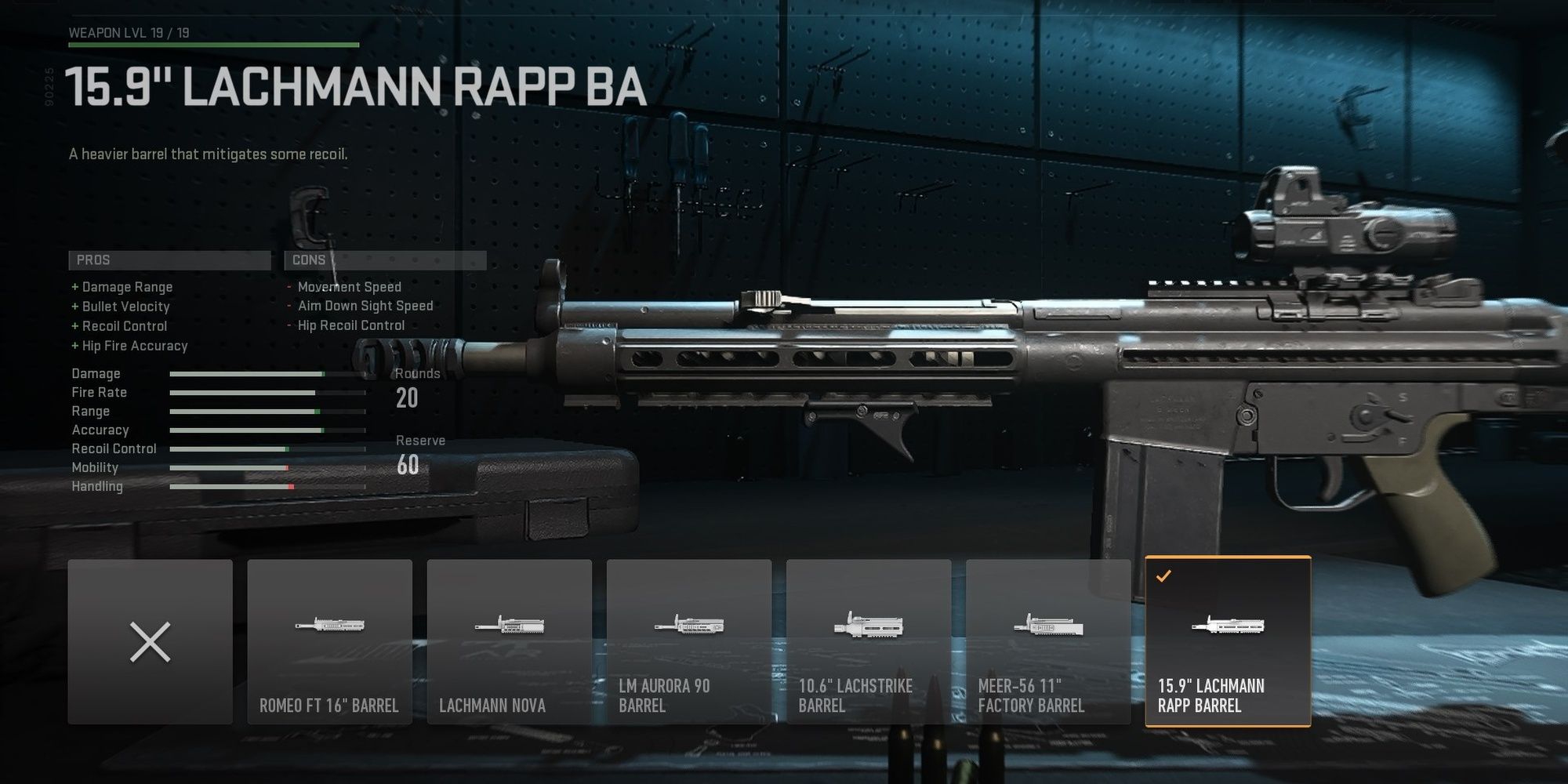 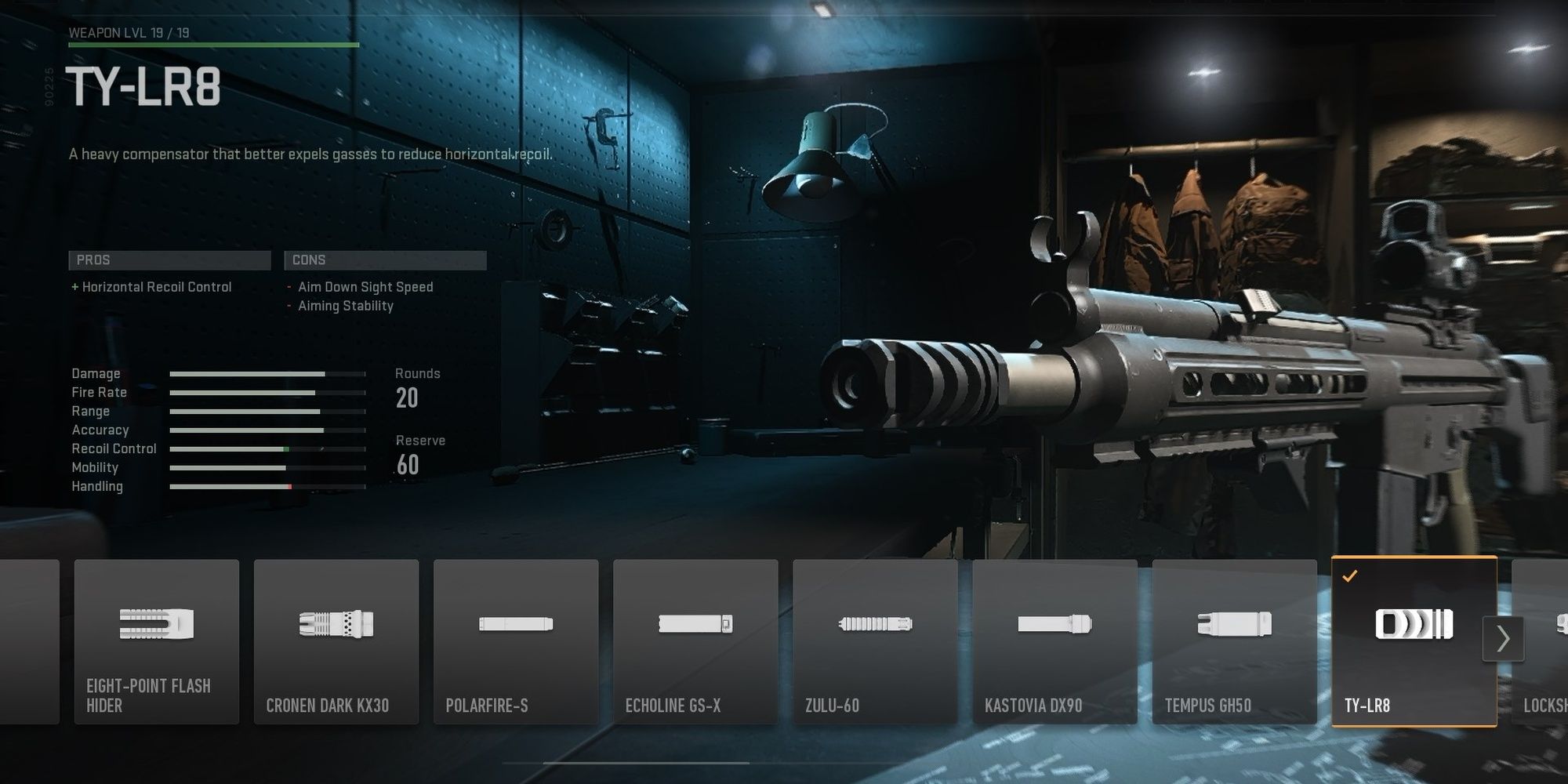 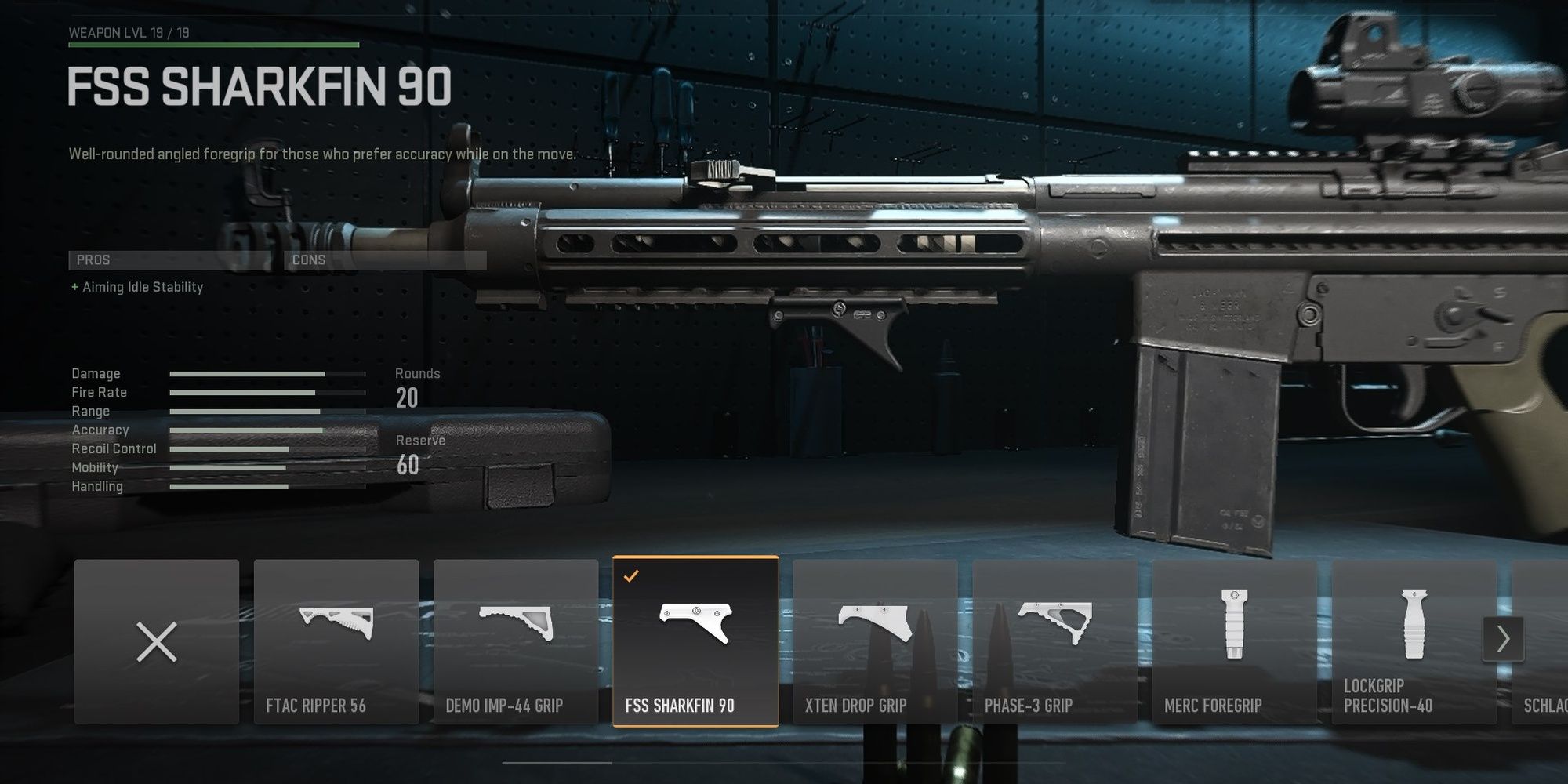 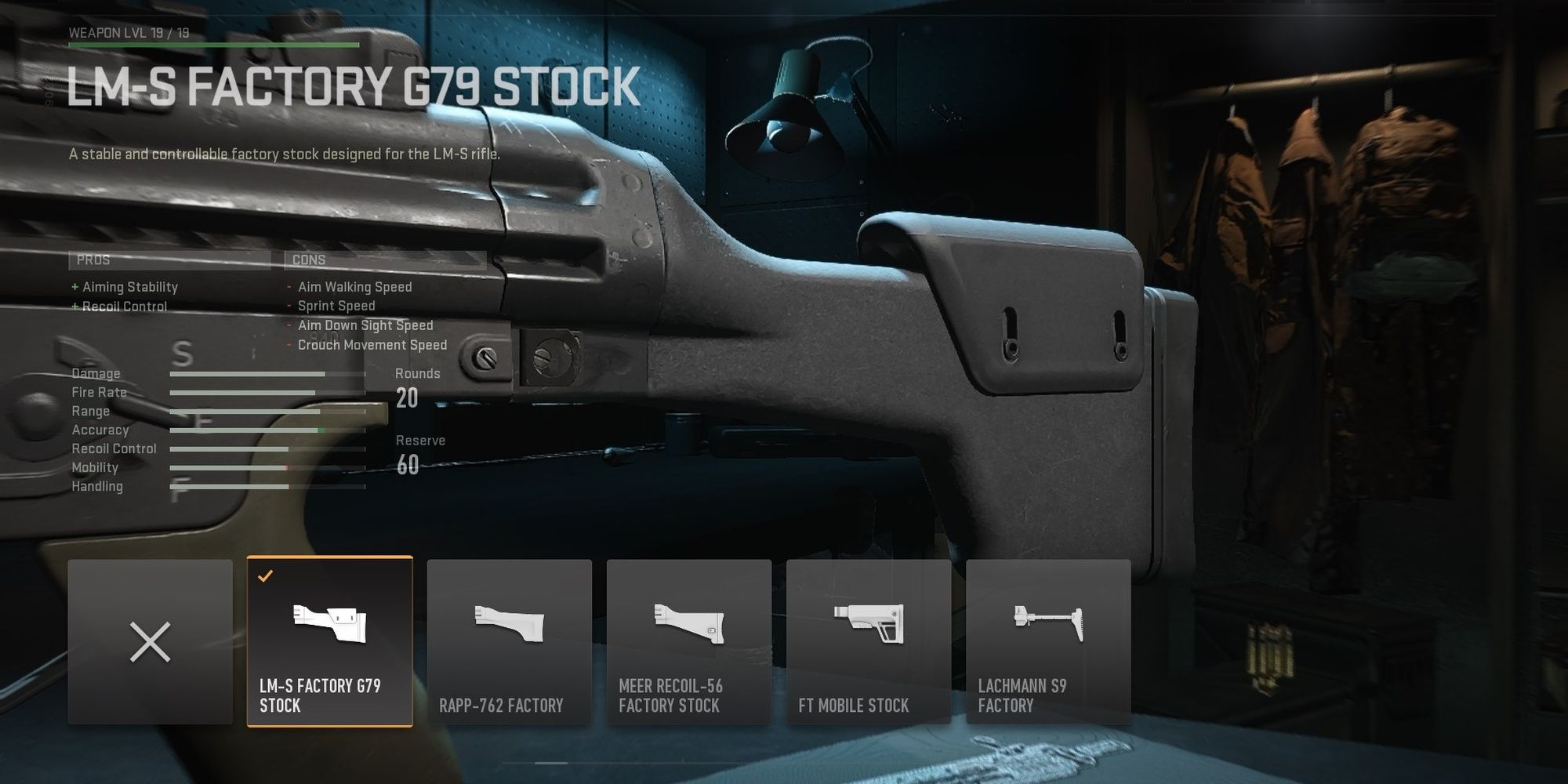 Rapid, accurate shots are the focus of this semi-auto Lachmann build. We start by equipping the 15.9'' Lachmann RAPP Barrel to increase our bullet velocity and recoil control. We increase our recoil further through the LM-S Factory G79 Stock, making the Lachmann 762 quite accurate in semi-auto. The TY-LR8 muzzle eliminates most horizontal recoil, and we use the FSS Sharkfin 90 to remove most aim sway. Use your favorite optic to finish the build. We recommend a scope with multiple zoom levels, notably the Hybrid Firepoint.

Stick to medium ranges for easy kills. It's possible to use this in close-quarters combat, but your ADS speed and sprint to fire delay aren't ideal for this. Hold an angle, wait for an enemy to approach, then pepper them with 7.62 rounds. Two rounds to the chest will kill someone, and one headshot will down someone in all game types. And if things get especially rough, you can use this weapon in full auto.

Anchor-heavy builds perform well with Proximity Mines and support equipment. For objective modes, you can't go wrong with a Trophy System, and the Munitions Box is handy for Ground War. Once again, we'll be using Fast Hands to reload our weapon quickly and swap to our secondary, although feel free to switch this for something else. Primary perks are up to you. If you don't like using launchers to destroy UAVs and other killstreaks, consider Overkill with an SMG as your secondary. Round off the build with Ghost or Bird's Eye, your choice.